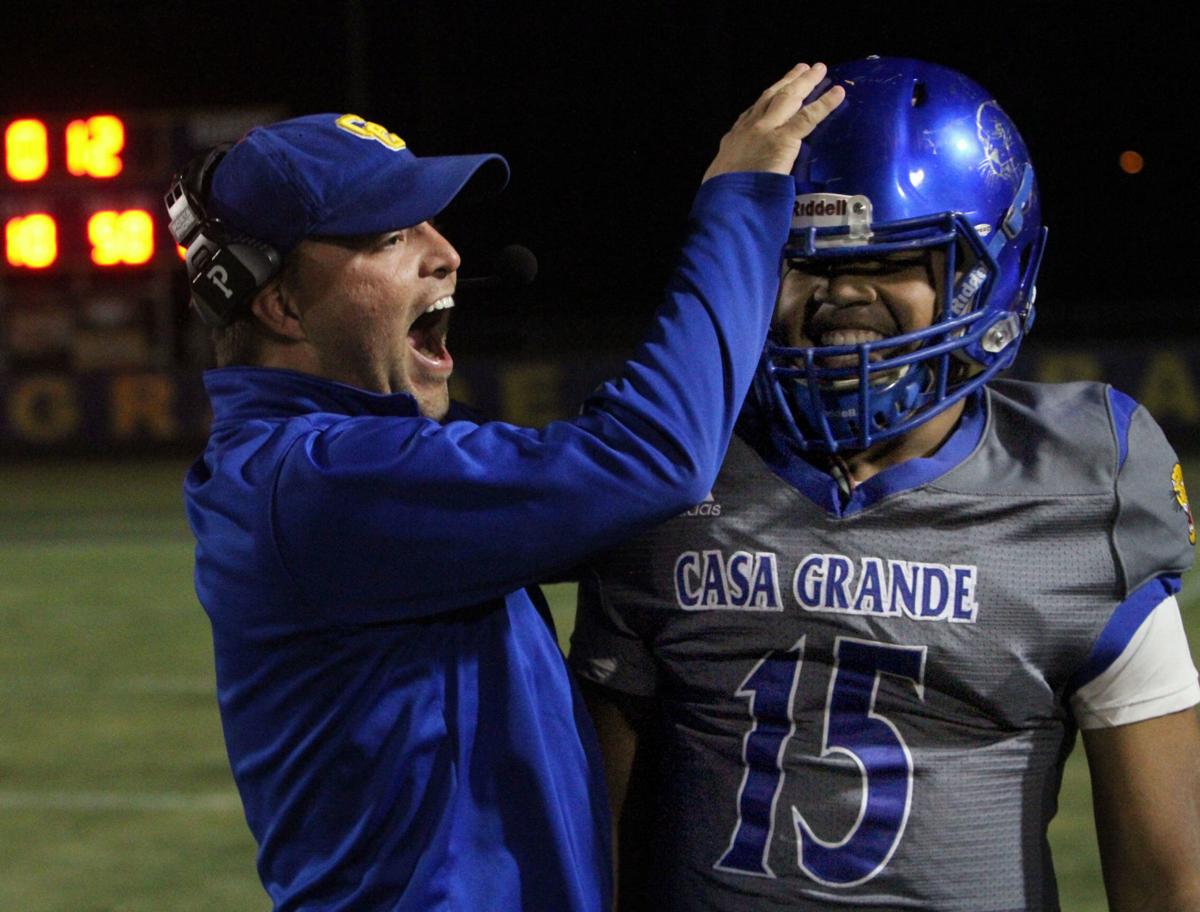 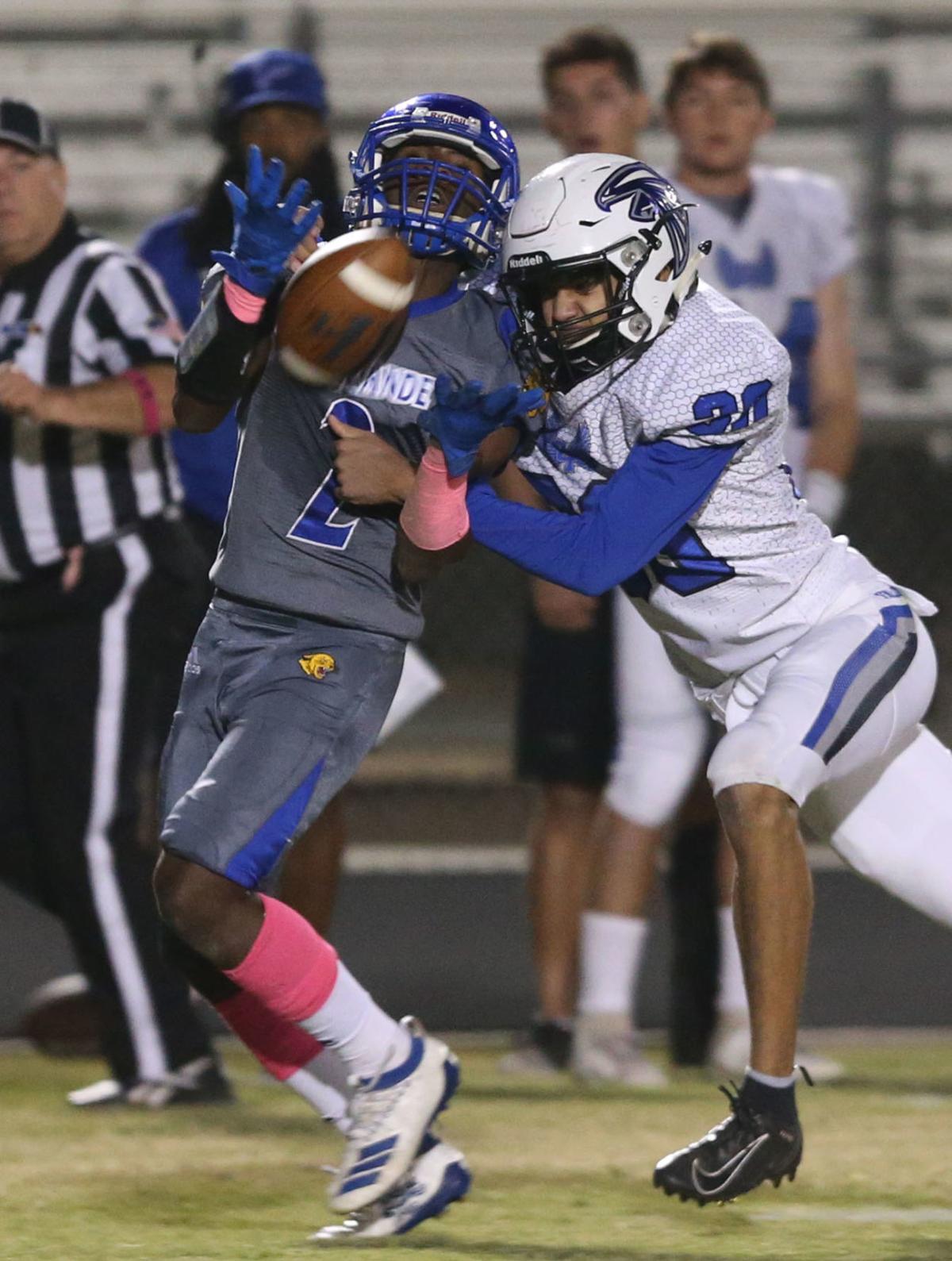 CG Union’s Damion Allen, left, catches a 59-yard TD despite the effort by Catalina Foothills’ Julian Paukune in the first half Friday.

CG Union’s Damion Allen, left, catches a 59-yard TD despite the effort by Catalina Foothills’ Julian Paukune in the first half Friday.

CASA GRANDE — It wasn’t the way Jake Barro drew it up, but Casa Grande Union got a much-needed 38-20 win over Tucson Catalina Foothills on Friday.

No. 17 Casa Grande (5-3, 2-1 4A Kino) struck first when sophomore quarterback Angel Flores unleashed a majestic deep ball to Damion Allen for a 59-yard touchdown just two minutes into the game.

The Cougars defense was dominant in the first half, pitching a shutout and intercepting Catalina Foothills (3-5, 1-2) quarterback Will Parker three times in the second quarter. Jahmier Haman, Jett Hale and Dee Azqueta each picked off a pass.

With the win, CG Union stays in the playoff hunt.

While the offense largely struggled in the first half, running back RJ Keeton had perhaps the most memorable touchdown of the season for the Cougars. With less than 30 seconds left in the second quarter, Keeton ran the ball up the middle, then broke a couple of tackles before running into a wall of four Catalina Foothills defenders.

It appeared the whistle would be blown for stopping forward progress or that Keeton had gone down. Then he suddenly burst out of the pack of tacklers, scampering for a 50-yard score.

While Barro was happy to get the win, he said it was far from pretty. The Cougars had two turnovers — Flores lost a fumble and threw an interception — and numerous penalties.

“What really hurt us was the penalties,” Barro said. “Whenever we’d get a little bit of a drive going, we’d get backed up, and that really killed us. We’re growing, we’re getting better, but we’ve got to be a little more disciplined.”

Catalina Foothills quarterback Will Parker completed 15 of 34 passes for 151 yards and two touchdowns with three interceptions.

The Falcons scored all 20 of their points in the fourth quarter.

Casa Grande forced four turnovers, including recovering a fumble on the opening kickoff return of the second half. The Cougars go on the road to play Tucson Sahuaro (6-2, 1-2) next week.