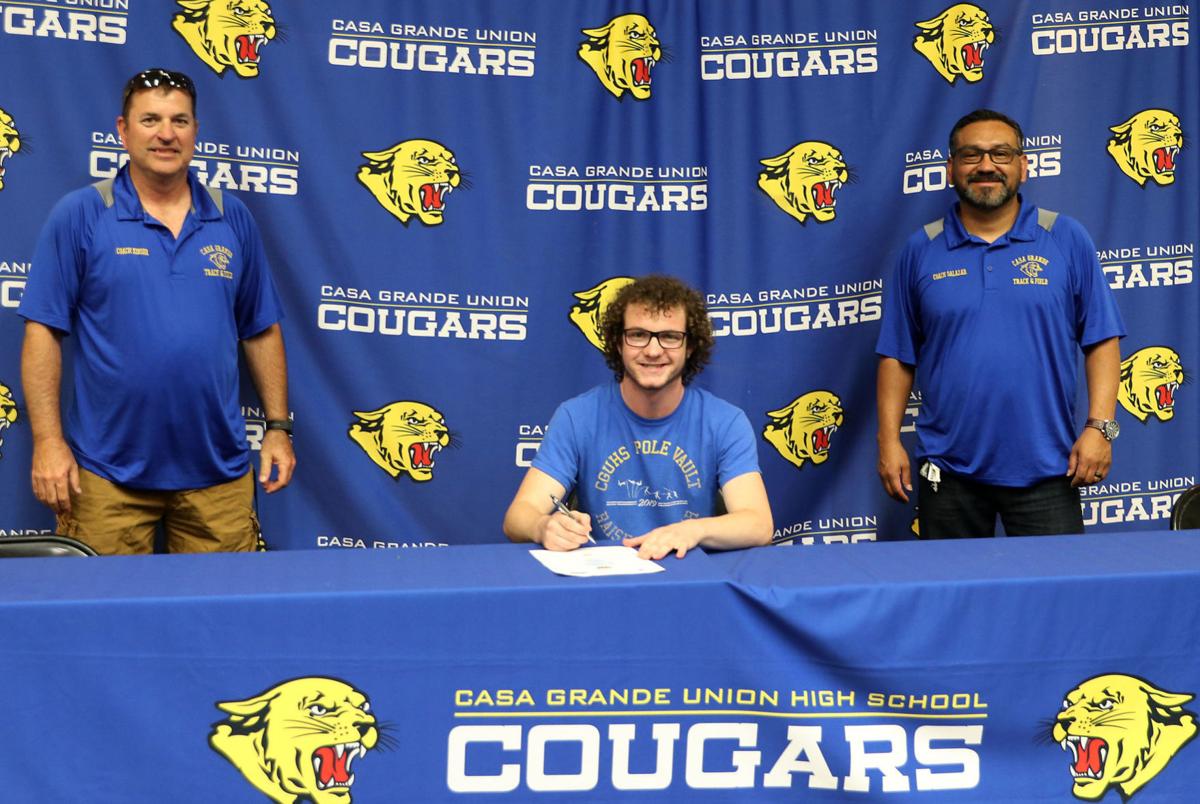 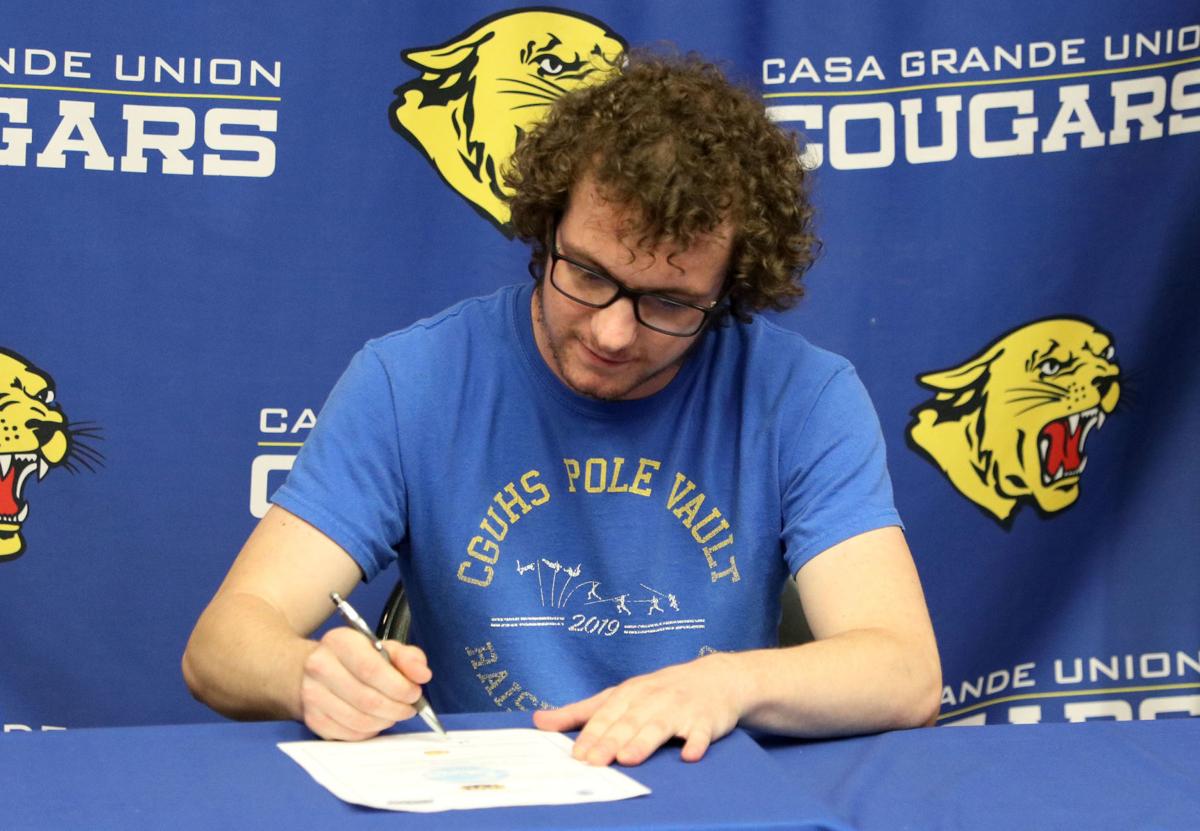 Richards’ ultimate goal is to compete in the 2024 Paris Olympics, but in the meantime he’s happy about continuing his athletic and academic career at Buena Vista University in Storm Lake, Iowa.

Originally Richards planned to join the Navy, but after a small predicament he was unable to join and reached out to the coach at Buena Vista.

During his high school career, Richards only had one full track season under his belt, as he began pole vaulting his junior year and his final season was cut short this year due to the COVID-19 pandemic.

“I’ve loved every bit of it,” he said. “I’ve done a lot of things. I’ve wrestled since I was a little kid, and it’s the same with baseball. I did football and some basketball. I was a baseball player, so I never did track. I played baseball my sophomore year, and after that I went for track.”

Richards added that since the first time he tried pole vaulting, he’s enjoyed it and has stuck with it. Last year he was one spot shy of finishing in the top 10 at the Division II state championships.

“I picked it up really quick,” he said. “I feel like I’m flying. My senior year, that was literally the only thing I was looking forward to, is pole vaulting. I only got to jump a couple weeks but it’s OK, I have a plan.”

Unlike other sports, physics plays a major role in accomplishing a successful vault. Luckily for Richards, he equally enjoys the mathematical side of pole vaulting as much as actually competing, which has led him to looking at mathematics as a major and possibly becoming a math professor someday.

“I’ve always been a math whiz,” he said. “I took AP calculus this year and absolutely enjoyed it. I loved it so much, it was fun to do. It’s different because I’m not someone who hates doing math, a lot of people don’t enjoy doing math, and I’m the complete opposite; I find it fun. Pole vault is super mathematical and super technical. It’s a lot of fun, and I’m going to keep doing it.”

Richards came to Casa Grande his sophomore year from Colorado, so he is familiar with adapting to a new atmosphere. He’s looking forward to his long journey up to Iowa, as he will get to see some family members along the way but what he’s most excited about is simply pole vaulting.

“I’ve heard great things about college,” he said. “You get to go and have fun, but pole vault, I’m looking forward to pole vaulting.”

As for Richards’ goal of competing in the 2024 Olympics, he knows it’s going to take a lot of hard work and determination.

“That’s just me, I’ve always been a hard worker, and I know if I actually set my mind to it then I can do it,” he said. “I actually set the goal a couple months back. I’m going to go the 2024 Olympics and go pole vault. I’ve been telling people look for my name Jed Richards. I’ll be there.”