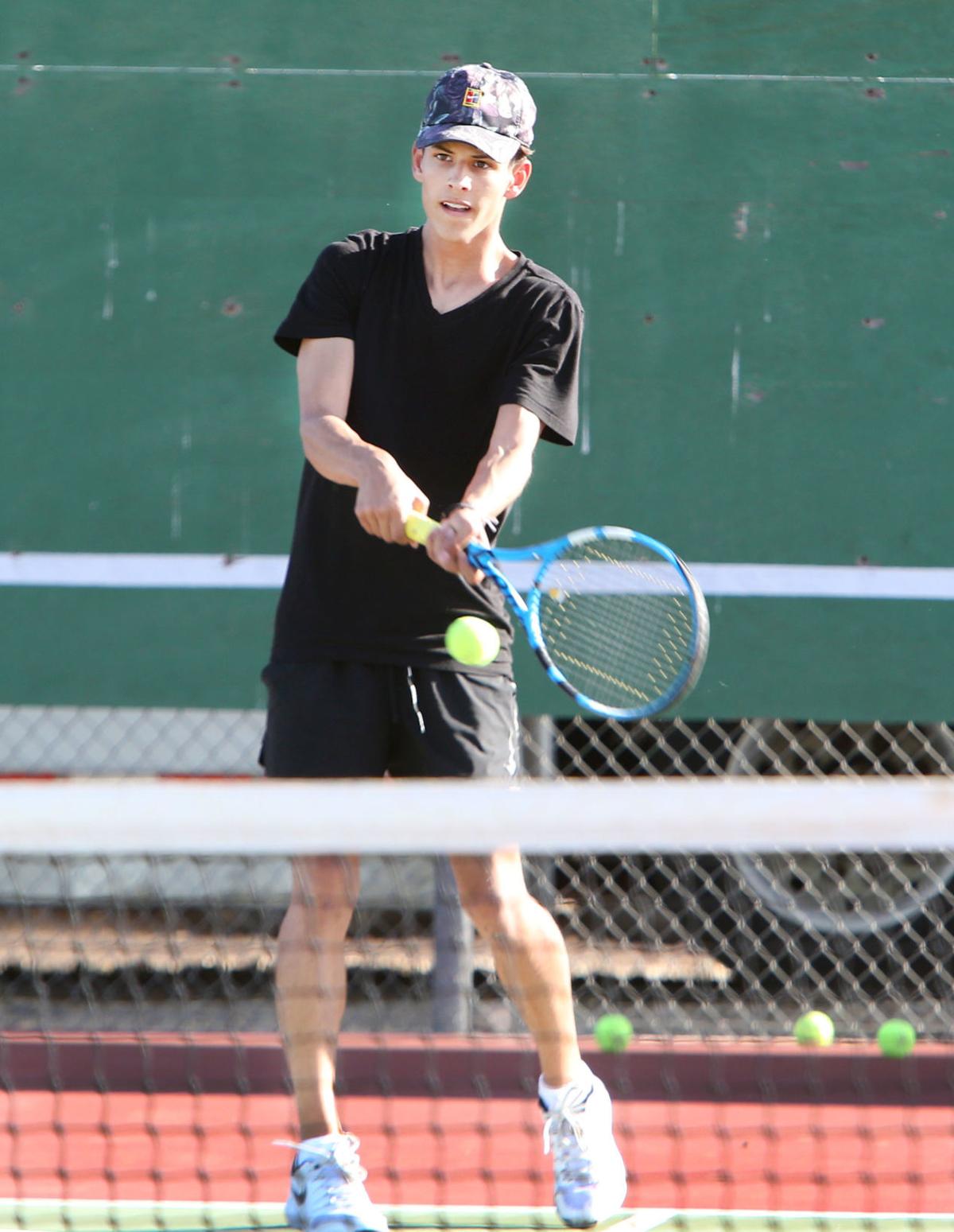 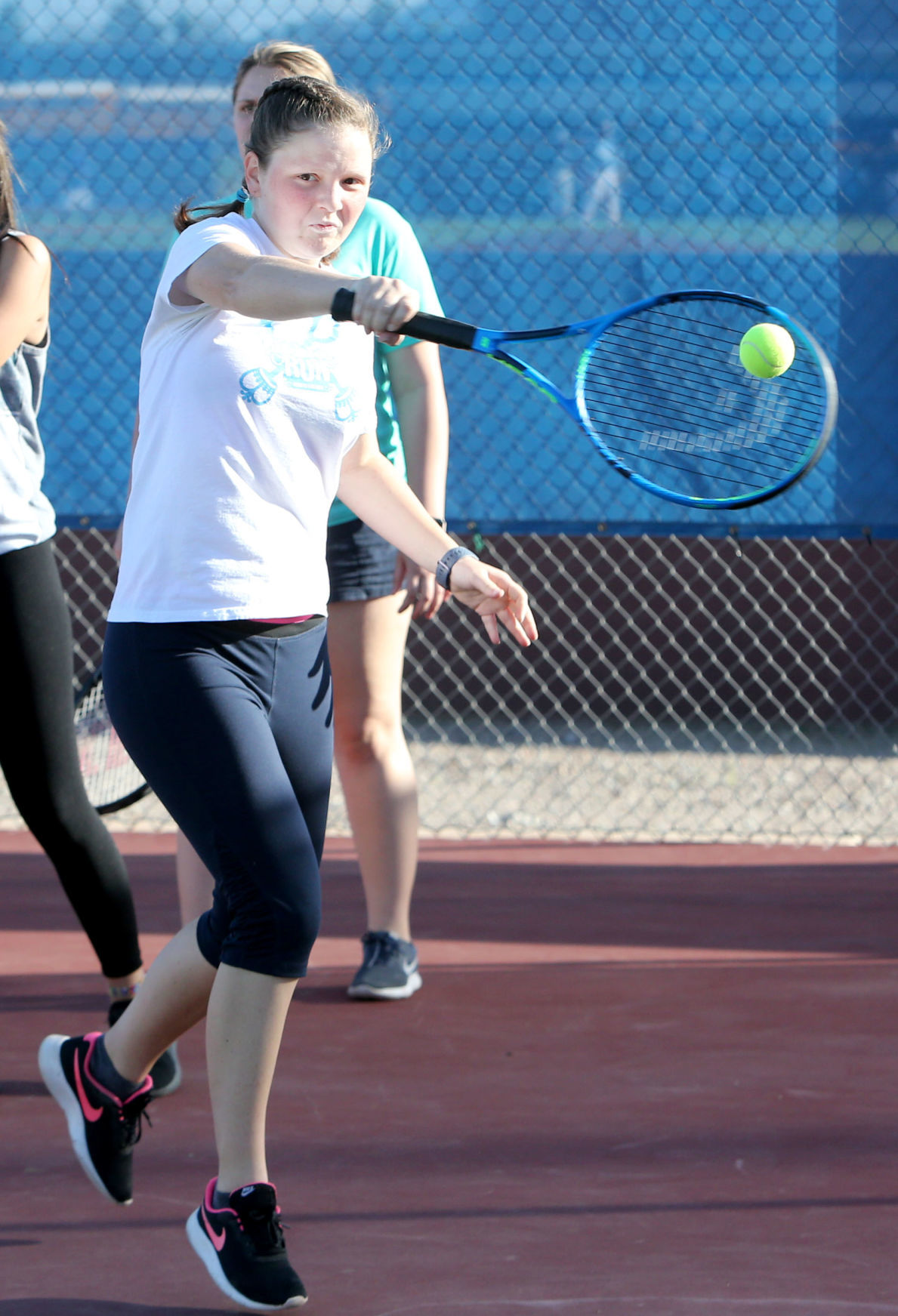 CASA GRANDE — Marisol Anchondo leaving the Casa Grande Union girls tennis program is a microcosm of an issue that many schools outside Phoenix and Tucson face.

As a freshman last season, Anchondo was far and away the best player on the Cougars. She was the only player with an extensive tennis background, and she went up to the Valley every weekend to take private lessons.

But Anchondo won’t be playing with CG Union this season, as she transferred to Chandler Basha. Transfer rules dictate she will sit out half the season before hitting the court for the Bears.

CG Union girls coach Denise Echeverria was disappointed to see Anchondo go, but she wishes her former top player — one who has a bright future — the best.

“We’re going to miss her,” she said of Anchondo. “I still have a good group. We’re just kind of young.”

There is often pressure on talented players like Anchondo, in all sports, to attend a big school in the Valley. Pinal County loses its fair share of talent to schools in Ahwatukee, Chandler and Gilbert every year. It’s part of the high school sports landscape.

Last year’s Cougars team went 11-3 overall but finished No. 22 in the Division II power rankings, missing the cut for the 16-team state tournament.

CG Union has split its first two matches this season, losing 9-0 to Chandler Seton Catholic on Feb. 27 and winning 8-1 over Poston Butte on Tuesday.

Against Poston Butte, CG Union won every match except for No. 1 singles, in which Angelina Winkler beat Savannah Penick 6-2, 6-3.

Penick is an interesting story. A homeschooled senior, she had never played tennis before this season. She had a background in racquetball, although the sports are considerably different. But even with some awkward strokes that need refinement, Penick is making it work on the tennis court.

The top six in singles, which Echeverria said will likely have changes throughout the season, currently has Penick at No. 1, followed by sophomore Sorraya Wright, sophomore Clara Munguia, senior Julia Leija, junior Merlin D’Souza and senior Madison Confer.

The doubles teams are Wright and Munguia at No. 1, junior Kalyssa Fox and Penick at No. 2 and junior Roenelle Allado and senior Nicole Brooks at No. 3.

While the girls team won’t be as strong as it was a year ago, the boys are better.

The 2019 Cougars went 8-6, finishing No. 23 in the Division II power rankings. This year’s team is off to a 3-0 start with three dominating wins. CG Union beat Seton Catholic 9-0 to start the season Feb. 27, and it followed with a 9-0 win over Poston Butte on Tuesday and an 8-1 win over Laveen Betty Fairfax on Wednesday.

The No. 1 singles player is junior Caden Mace, and the rest of the varsity roster is all seniors. Mace is followed by No. 2 Zach Mitchell, No. 3 Kevin Brown, No. 4 Sean Reyes, No. 5 Damian Salazar and No. 6 Gabe Weg.

What’s different about this group is the players are not content to simply play during the tennis season.

“The whole varsity played this [offseason],” said Keith Marsh, in his third year coaching the Cougars. “They really want to win and make state.”

The No. 1 doubles team is Brown and Mace, No. 2 is Mitchell and Reyes, and No. 3 is Salazar and Weg.

In the first three team matches, CG Union has not lost in singles, going 18-0. The most impressive of those wins came Wednesday, when Mace beat Theodor Wolf of Betty Fairfax 6-4, 6-4. Wolf made it to the quarterfinals of the Division II state tournament last year.

To emphasize just how much Mace has improved, he lost to Wolf 6-1, 6-0 last season.

Marsh said a few things stand out when looking at how much better Mace has become in the last 12 months.

“His serve, and not getting down on himself when he makes a mistake,” Marsh said. “Harder hits and better ball placement.”

Marsh said the entire team has improved “dramatically,” and the team chemistry is strong.

The guys always want to play more tennis, even when matches are over. And they enjoy bonding on road trips and going to meals together.

With such drastic improvement comes higher expectations. Marsh said CG Union’s next two matches, against Peoria next Tuesday and Paradise Valley next Thursday, will be its biggest tests so far.

Mental toughness has been a big part of the Cougars’ turnaround.

“They really don’t give up, and (they) fight back,” Marsh said. “They are winning tiebreaks we lost last year.”