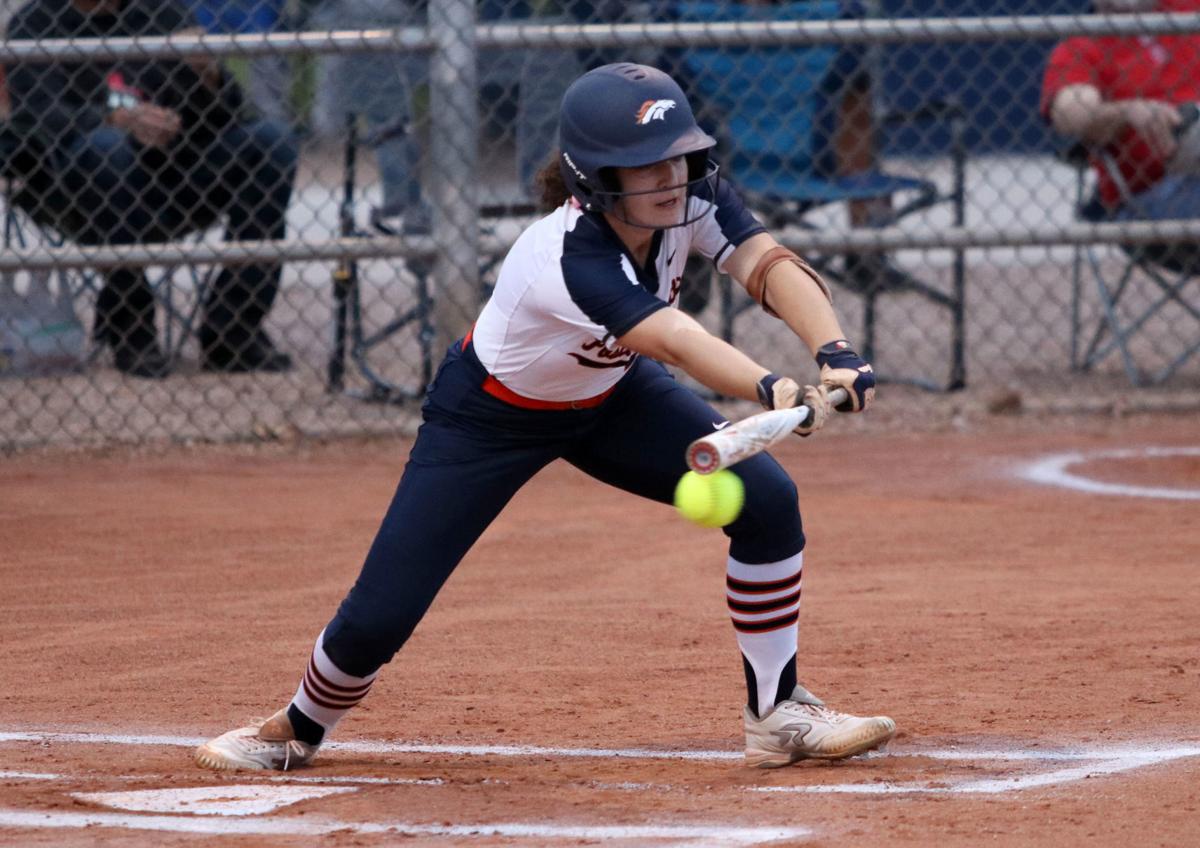 A Poston Butte player bunts in a Feb. 28 game against Combs in San Tan Valley. 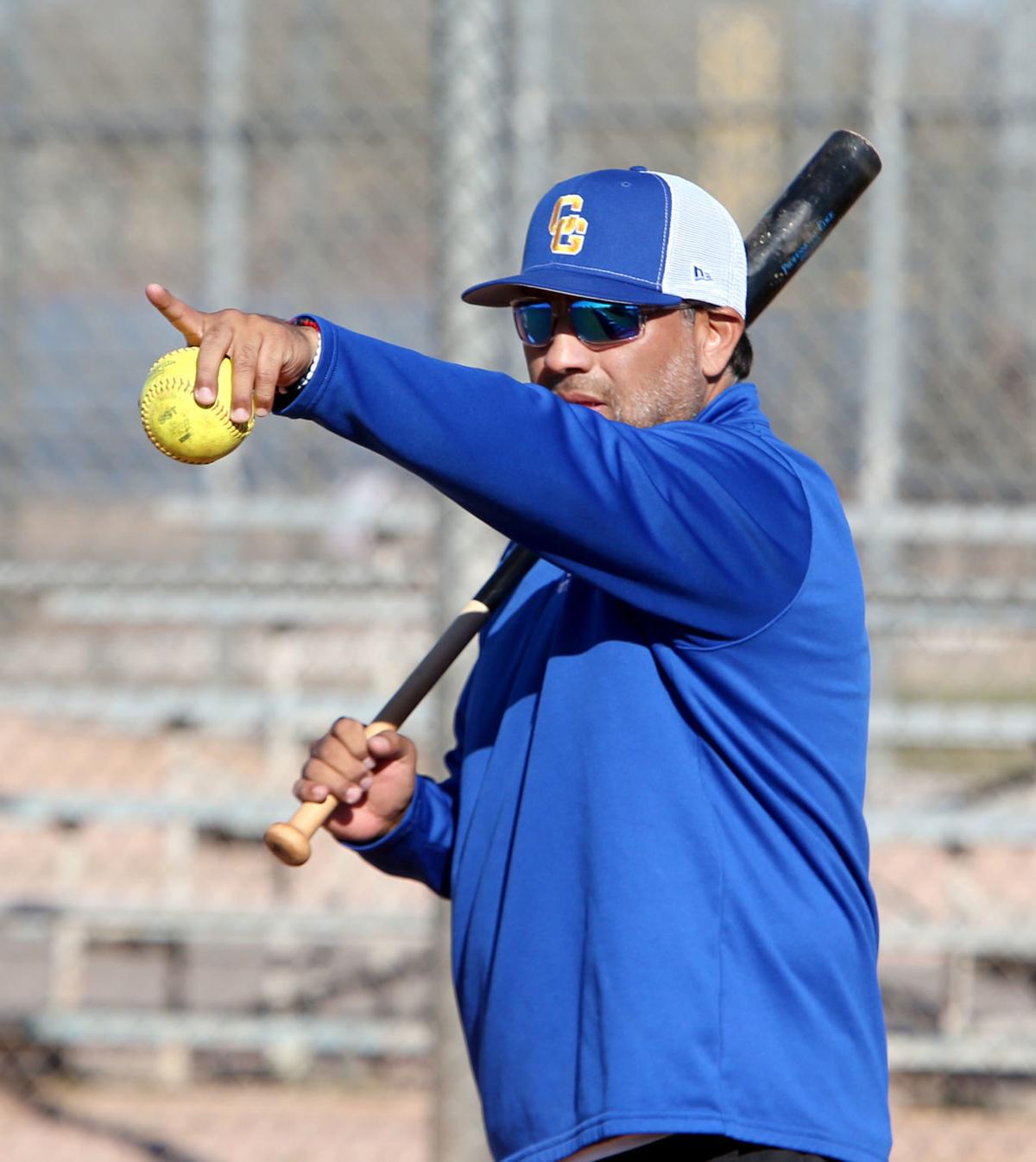 A Poston Butte player bunts in a Feb. 28 game against Combs in San Tan Valley.

CASA GRANDE — High school athletes are holding onto the little bit of hope that the Arizona Interscholastic Association gave them from suspending games until March 30, instead of canceling the whole spring season due to the COVID-19 pandemic.

While many schools are technically on spring break, a lot of them still had a few games, tournaments and practices scheduled for this week.

But with the abrupt two-week cancellation and many schools electing not to hold team practices, softball teams are having a difficult time trying to figure out how to keep the team chemistry they built up in past weeks while making sure each individual athlete doesn’t slack off when it comes to staying in shape and practicing drills on her own.

Both Casa Grande Union and Poston Butte will not hold team practices until the OK has been given that teams can begin competing again.

CG Union coach Felipe Becerra has left it up to his players to work out on their own if they can, doing cardio, taking some swings, playing catch and simply staying active.

“More importantly to stay healthy and avoid large gatherings,” he said. “Not much else we can do at this point.”

CG Union ace pitcher Jessica Mercado is trying to make the most of these two weeks and is doing everything she can to stay on top of her game.

“For pitching, I set up the net, and I do my spins and I work on drills for my leg drive, then when my mom gets home, I pitch to her and I work on my location,” she said. “I hit off the tee and I do drills with that and sometimes my mom pitches live to me in our backyard or we go find a field to hit at.”

When taking a break from the technical softball drills, she goes for a run or a bike ride.

Mercado said sometimes she does miss having her teammates around when she’s doing drills on her own, and she also wishes she had a coach around to help her.

“Usually I can feel what I’m doing wrong so I can correct that myself, but sometimes I do need a coach when I can’t figure it out,” she said.

While she is anxious for this situation to pass, Mercado is unsure how everything will work when that day comes.

“I don’t know what the schedule will be like when we get back,” she said. “We had already started to bond and everything, so I feel like we’ll have to restart that again because of the two weeks that we took off. It’s two weeks that we have to make up for in games and practices, but I’ll be ready.”

In San Tan Valley, Poston Butte is taking a slightly different approach as coach Rob Westover has his team hitting of the tee, going for a run and using tennis balls inside the house to work on footwork and glove work, but he also sends them modified workouts they can do at home on their own.

“It’s more generalized workouts,” he said. “I have them contact me through the phone if they have any specific questions. We have a routine we do throughout the week anyways, so they kind of know what they need to be doing.”

Westover added he’s already done several video sessions with some of his players over Facetime or he has them send clips of what they’re doing so he can give them feedback.

“A lot of them have their own workout regiments,” he said. “I’m pretty fortunate with the girls I have that play year-round; more than anything I’m here to help them get through a tough situation that they might be going through, but most of the time the girls know what they need to work on.”

The Broncos are looking to take things a step further, as Westover plans to hold an online film session to go over game footage together.

Utility player Kyleigh Potter said she’s been working out every day that school has been out, from going to a sports performance training facility in Phoenix to working on the drills Westover sends her and taking hitting lessons once a week.

“It’s kind of a change of routine because instead of waking up going to school and then going to softball, it’s wake up, go to the gym, work out for a few hours and then go do more softball stuff,” she said. “Softball is basically my entire day.”

Potter’s workouts include a lot of shoulder exercises to make sure she’s using the right muscles and is focused on proper technique instead of creating bad habits.

“The drill that I do by myself, the results tell me if I’m doing something wrong,” she said. “I focus so much when I’m hitting with my coach or something and listening to, if I get this result then this is what happened, so if I’m by myself then I know how to fix it. At the gym, if I use the wrong muscle, I have a guy telling me and then we talk about it so that way if I go do it by myself, I’m able to realize what I’m doing wrong.”

While this two-week hiatus may turn out to be an obstacle for many of the Broncos, there’s no denying the commitment many of the girls have to the sport.

“I don’t think we’ll slow down at all,” Potter said. “Our entire team is very driven, and we’re all very passionate about this game.”