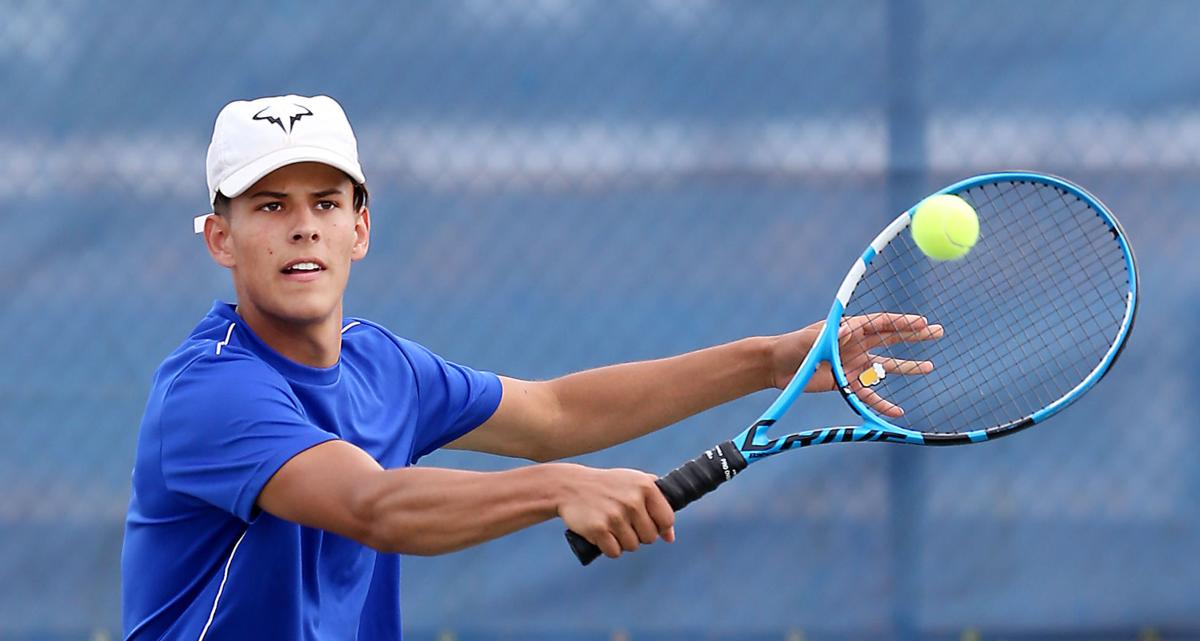 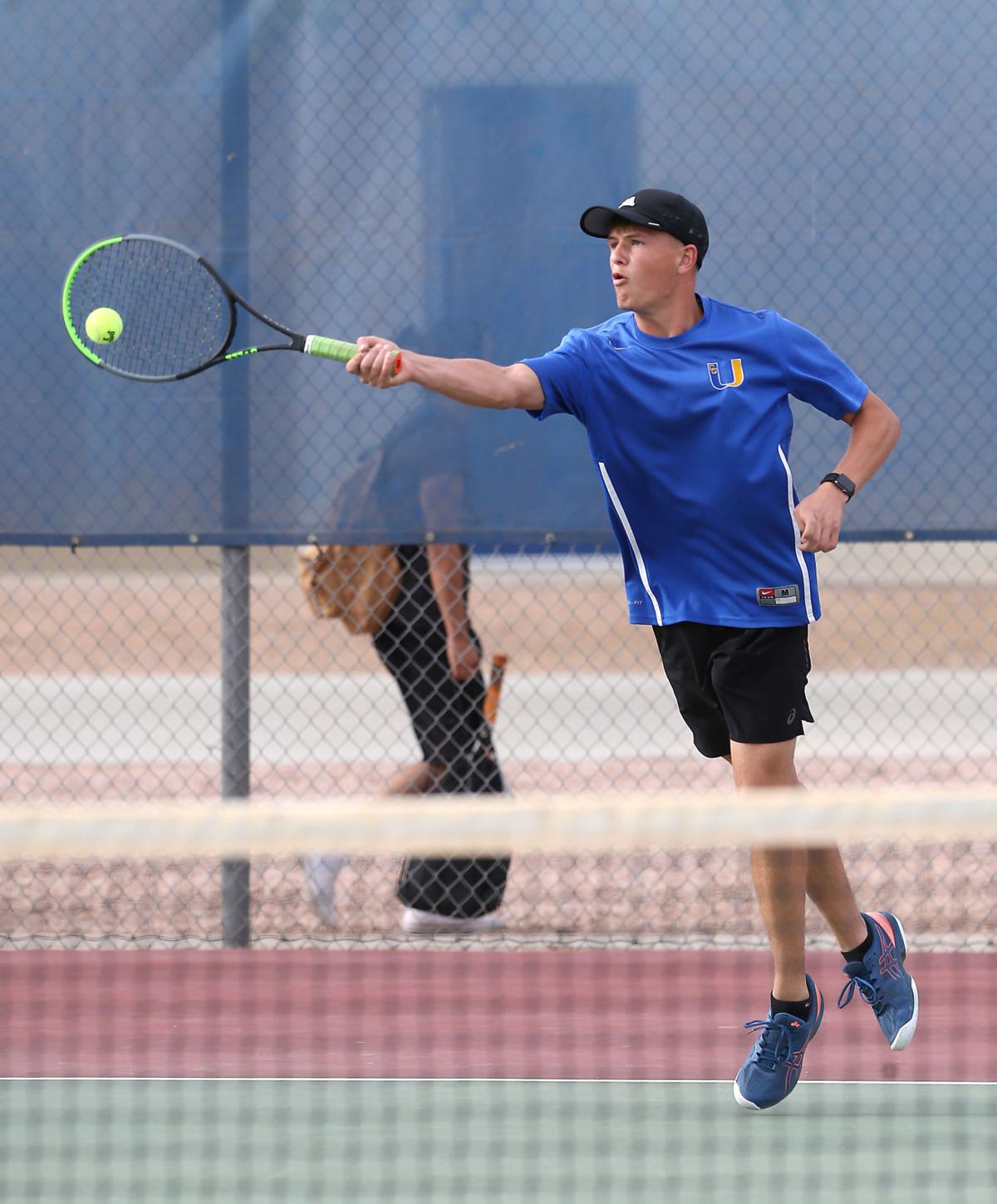 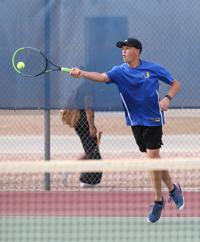 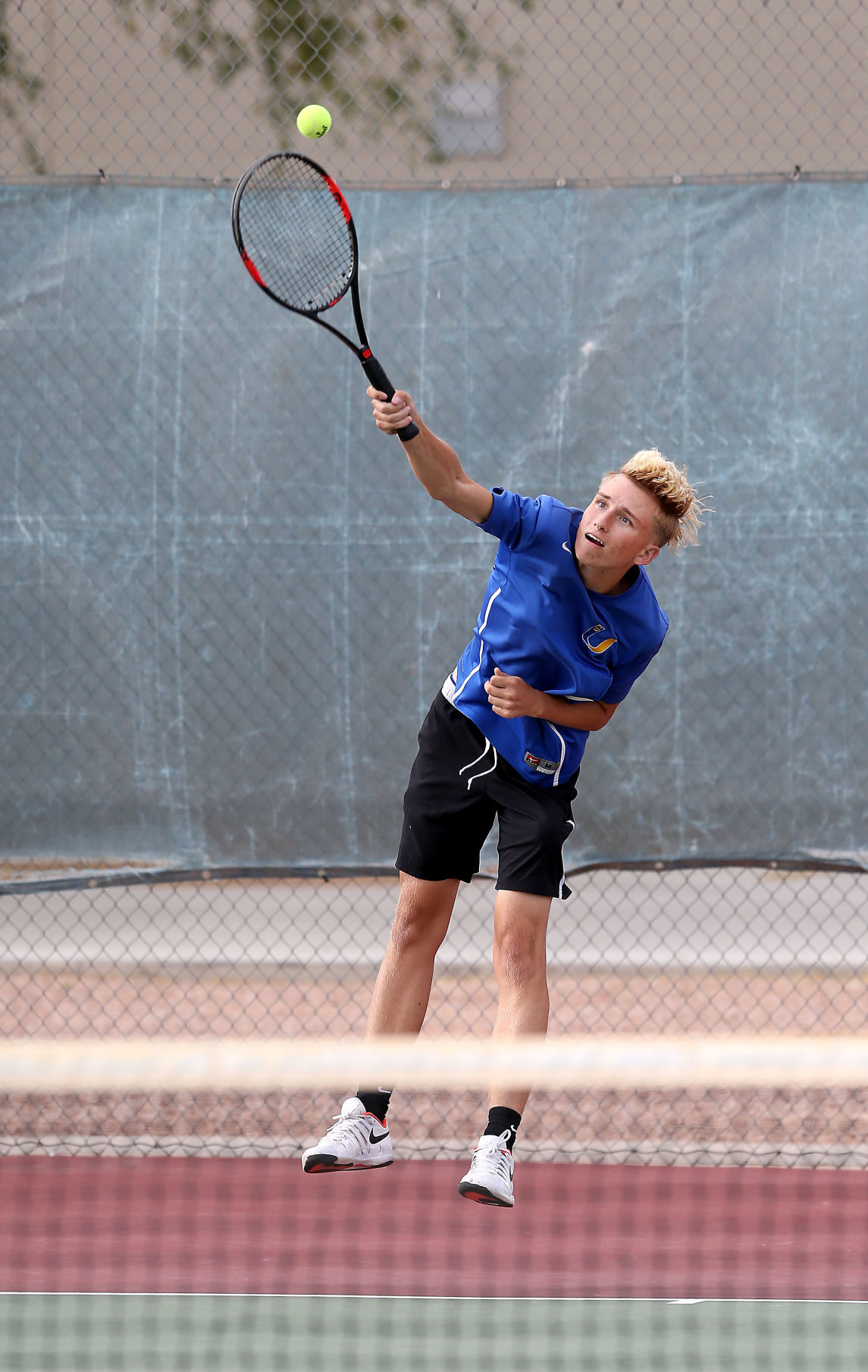 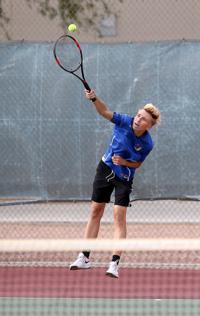 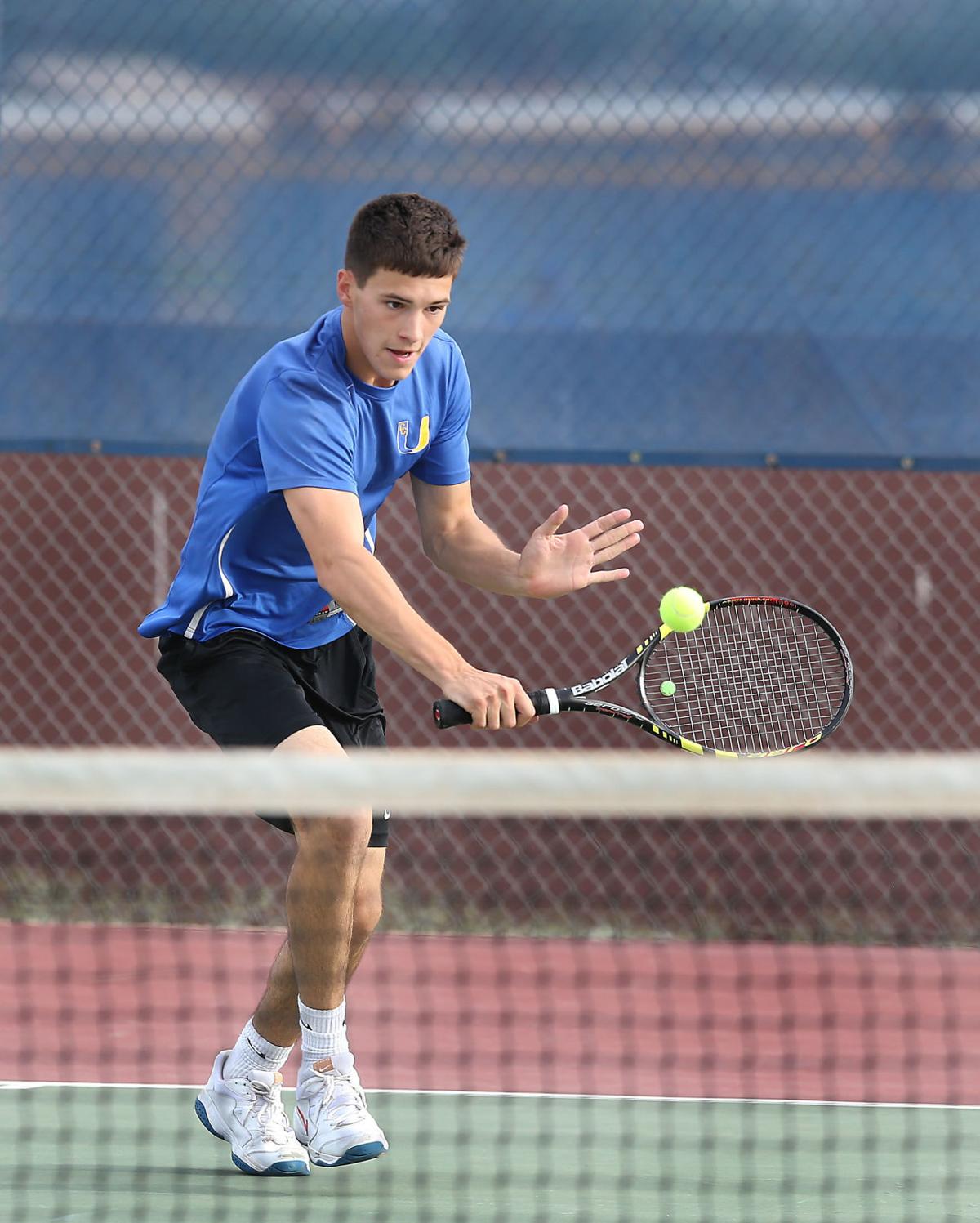 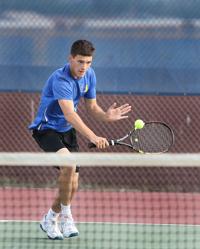 CASA GRANDE — It’s been a long time, but the Casa Grande Union boys tennis team is back in the state tournament.

The Cougars (10-2) qualified for the Division II state tournament as the No. 10 seed and will travel to No. 7 Tucson Catalina Foothills on Wednesday for their first-round match. The top 16 teams in each division qualify for state.

It’s the first time the CG Union boys have been in the state tournament since 2006.

The Cougars also won their section (Division II, Section V), the first time they have won a section or region since winning back-to-back region titles in 2005 and 2006. They swept the section with a 6-0 record, beating Gilbert Williams Field, Gilbert Higley, Gilbert Mesquite, Combs, Poston Butte and Chandler Seton Catholic.

There is also a state tournament for individual qualifiers, and there will be 32 entrants each for singles and doubles brackets. Those qualifiers will be announced Saturday.

Keith Marsh, in his fourth year as CG Union boys coach, said it’s a big accomplishment for a team that has been down so long to make it back to the state playoffs.

“It’s great. The kids are loving playing, and I think that’s the big difference,” he said. “Mostly new (faces) because we lost five seniors last year, and we had three that started last year but we had a shortened season for COVID, so really it’s their first (full) year and then two that just started this year.”

The only player with significant team experience is No. 1 singles player Caden Mace, a senior in his fourth year with the Cougars.

The rest of the singles lineup consists of No. 2 Hunter Scholes, No. 3 Brayden Hollenbach, No. 4 Corbin Smith, No. 5 Julian Garcia and No. 6 Joseph Toussaint.

The back end of the singles rotation has been particularly strong. Smith has a 10-2 record in singles, Garcia is 9-3, and Toussaint is 10-1.

Always playing the other team’s top player, Mace has a 6-6 singles record.

As a team, CG Union enters the state tournament on an eight-match winning streak. The Cougars finished the regular season with a 5-4 win over Gilbert Williams Field on Monday and a 6-3 victory over Waddell Canyon View on Tuesday. Both teams were ranked No. 13 when CG Union beat them, and each qualified for state, Williams Field as the No. 15 seed and Canyon View at No. 16.

In the pandemic-shortened 2020 season, the Cougars played five full matches and won all five. It helped set the stage for this season, and the players have been committed.

“They were hitting together all summer by themselves ... they had so much fun playing, they just wanted to continue,” Marsh said.

Team chemistry has been significant, as Marsh said all the guys love playing together, hanging out and eating together.

“When we put [the racquet] in their hands, it’s the first time they’ve touched one,” he said of Smith, Toussaint and many others he’s coached. “Including myself four years ago, I had never touched one until then. I was a hockey player growing up.”

When the season began, Marsh was hoping the team could go .500 or perhaps a little better. Finishing the regular season at 10-2 with a No. 10 ranking in the state was something he did not see coming.

Serving has been a big improvement at the team level, including working to put something on a second serve, whether that be spin or velocity, to make sure opponents don’t blast a return by them.

And while four years ago, most of the guys who came out to play just wanted to have fun, they are now having fun while simultaneously caring about winning and improving their skills.

Mace is not only the team’s top player, but he’s also taken an interest in helping his teammates improve their games, in effect becoming another coach on the court.

“These kids have worked so hard, and everyone counted them out because we are in Casa Grande, and it’s not really a tennis hub,” Marsh said. “People just count us out and they just keep winning and winning and going about their business.”