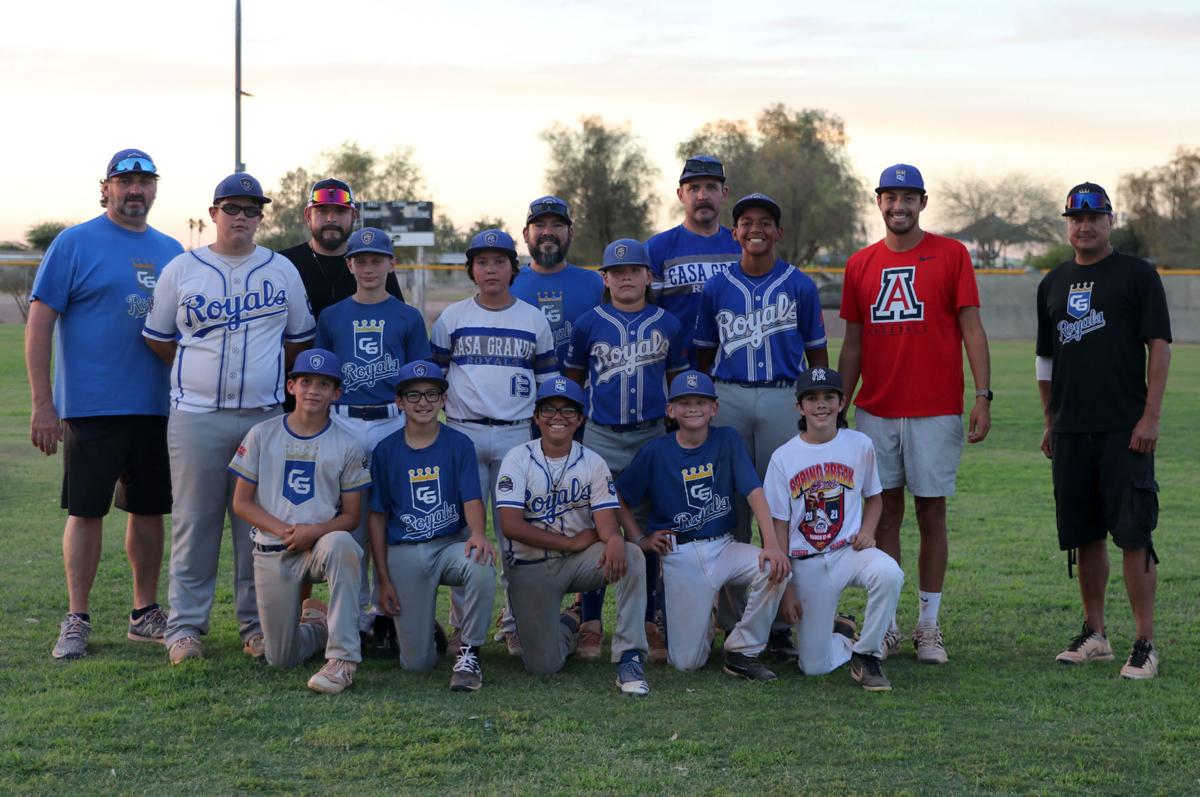 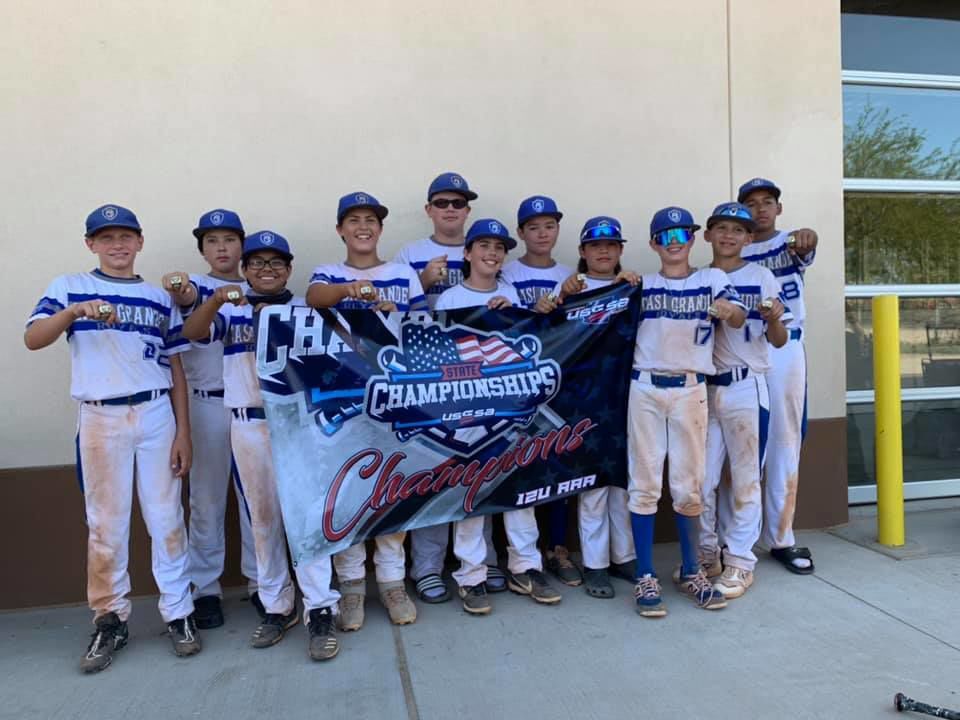 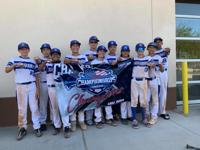 The 12U AAA Casa Grande Royals show off their rings after winning the USSSA 12U State Championships.

The 12U AAA Casa Grande Royals show off their rings after winning the USSSA 12U State Championships.

CASA GRANDE — The USSSA World Series in San Diego will feature a bit of royalty from Casa Grande and its surrounding areas.

The 12U AAA Casa Grande Royals team is one of 13 teams in its division set to compete at the World Series from July 27-31 in San Diego. The Royals are the only team from Arizona heading to San Diego.

The Royals qualified for the World Series after going undefeated, 5-0, in the USSSA State Championships last month after outscoring their opponents 52-21.

“I don’t think they realize what they did,” Royals coach Robby Medel said. “I think they know they won state, but we’ve been playing those teams all year. I don’t know if it’s really clicked with them what they did, but it’s something special to win state. I let them know as much as I can but they’re 12; I have no idea what they’re thinking.”

While Medel didn’t grow up in the area, his mom is from Casa Grande and he often visited during the summer. He understands the perception that people in the Valley have about Pinal County.

The Royals include kids from Casa Grande, Eloy, Coolidge and Arizona City.

It was a rough start to the season back in January, as the Royals went 2-8 in two qualifier tournaments and a super NIT.

“Once we got onto the field in May at the state championships, it really all just came together for everybody, and we all just clicked as a unit,” Medel said. “It was a lot of fun. It all goes to their hard work; they put in so much work, and it’s really cool to see them develop.”

Since April, the Royals played in two qualifiers prior to the state championships and went 6-3-1.

The majority of the team has been together for four years, but this is the first season with Medel at the helm after he took over in January. Medel is a former University of Arizona pitcher and was part of the Wildcats team that finished as the runner-up in the 2016 NCAA College World Series.

It’s rare for a group of 11- and 12-year-old boys to have that level of seriousness and stay focused.

Medel added he sometimes has to emphasize for them to have fun. He said that was a contributing factor when the Royals won the state championships, that the boys finally began to have fun.

“I just let them know at the end of the day that it is a game that we are playing,” he said. “The thing that I keep on telling them is that they have so much time left. They have so much time left to continue to grow and play this game. They’re at an age where it has to be fun, we’re learning, we’re developing but at the end of the day it’s just a game, and I want them to have as much fun as they possibly can.”

The Royals are raffling off two firearms to raise money for the trip to San Diego. You must be 21 years old to enter the raffle that is sponsored by Casa Grande Pawn, and the winners must pass an ATF background check. The drawing will be held July 22 at the team’s final practice at Paul Mason Sports Complex in Casa Grande. For more information or to purchase raffle tickets, call (520) 405-1144.