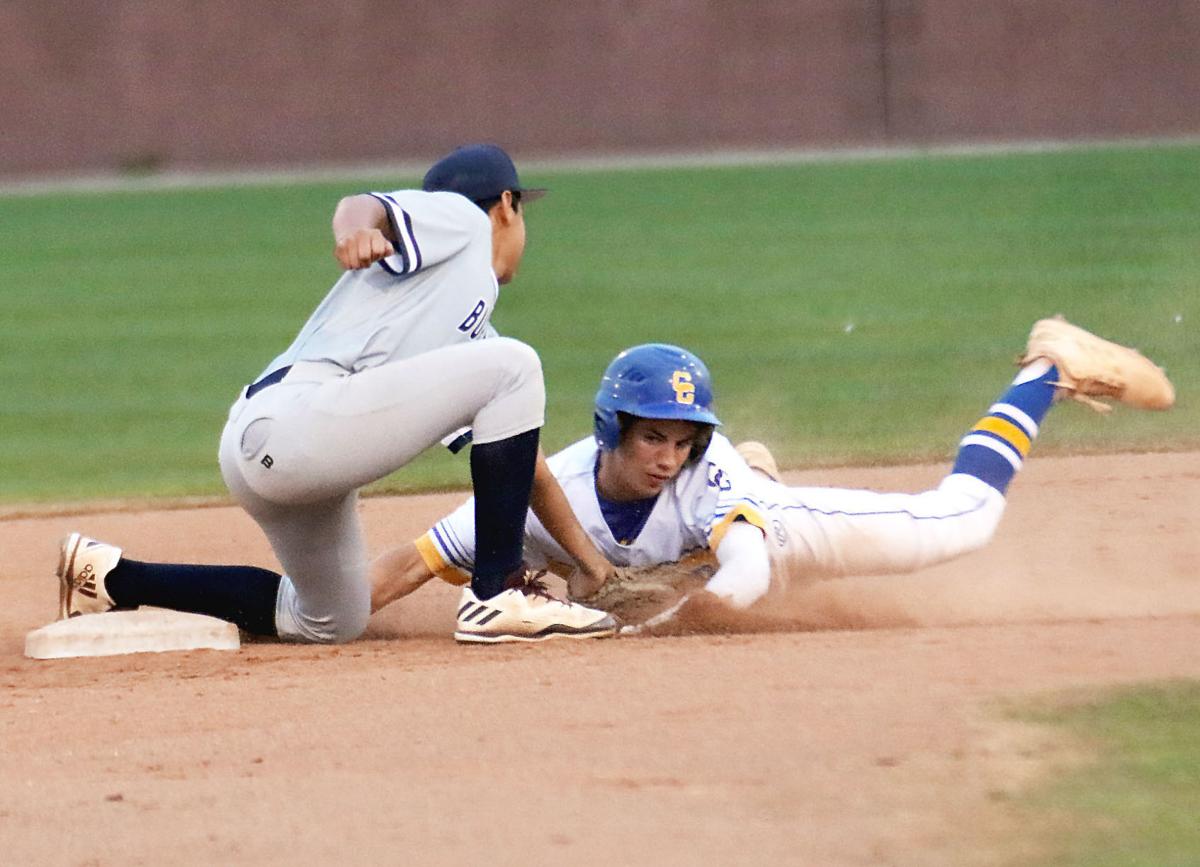 Casa Grande Union’s Aaron Blunt is tagged out by Tempe High shortstop Javon Cooks while Blunt tries to steal second during the Cougars’ 6-4 loss to the Buffalos on Thursday at CG Union High School. 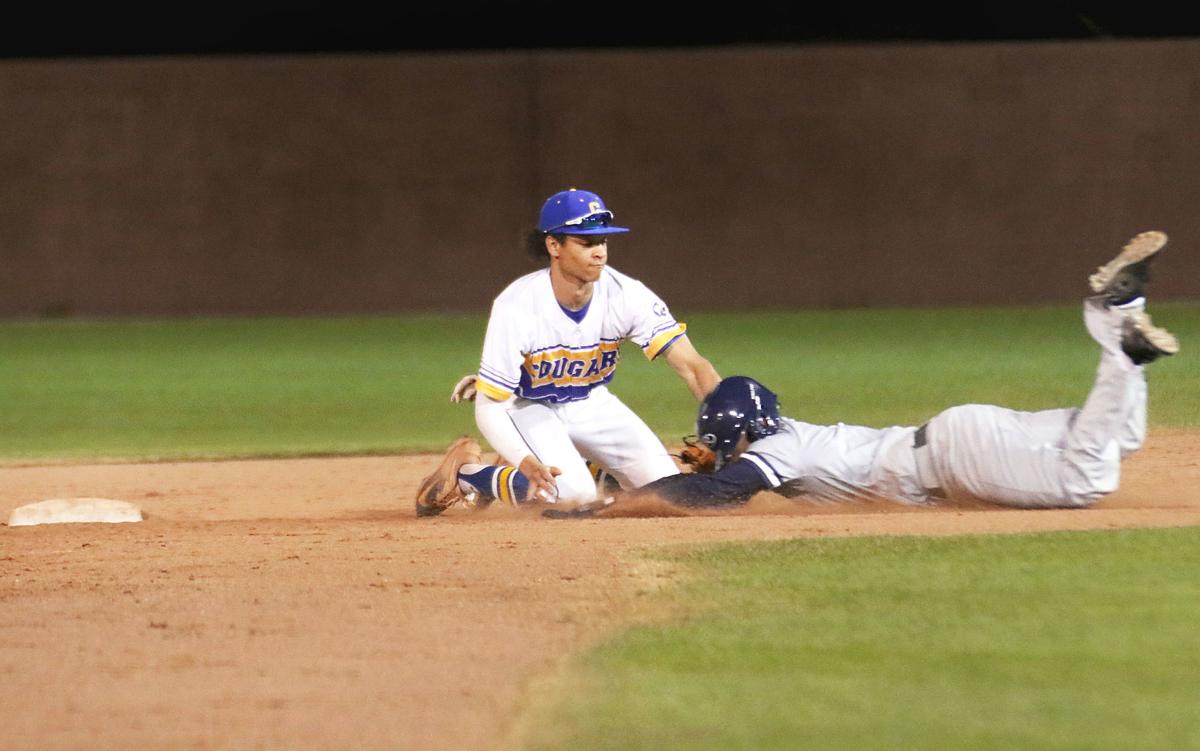 Tempe High runner Javon Cooks is tagged out by Casa Grande Union’s Jalen Melecio as Cooks tries to steal second during the Cougars’ 6-4 loss to the Buffalos on Thursday at CG Union High School. 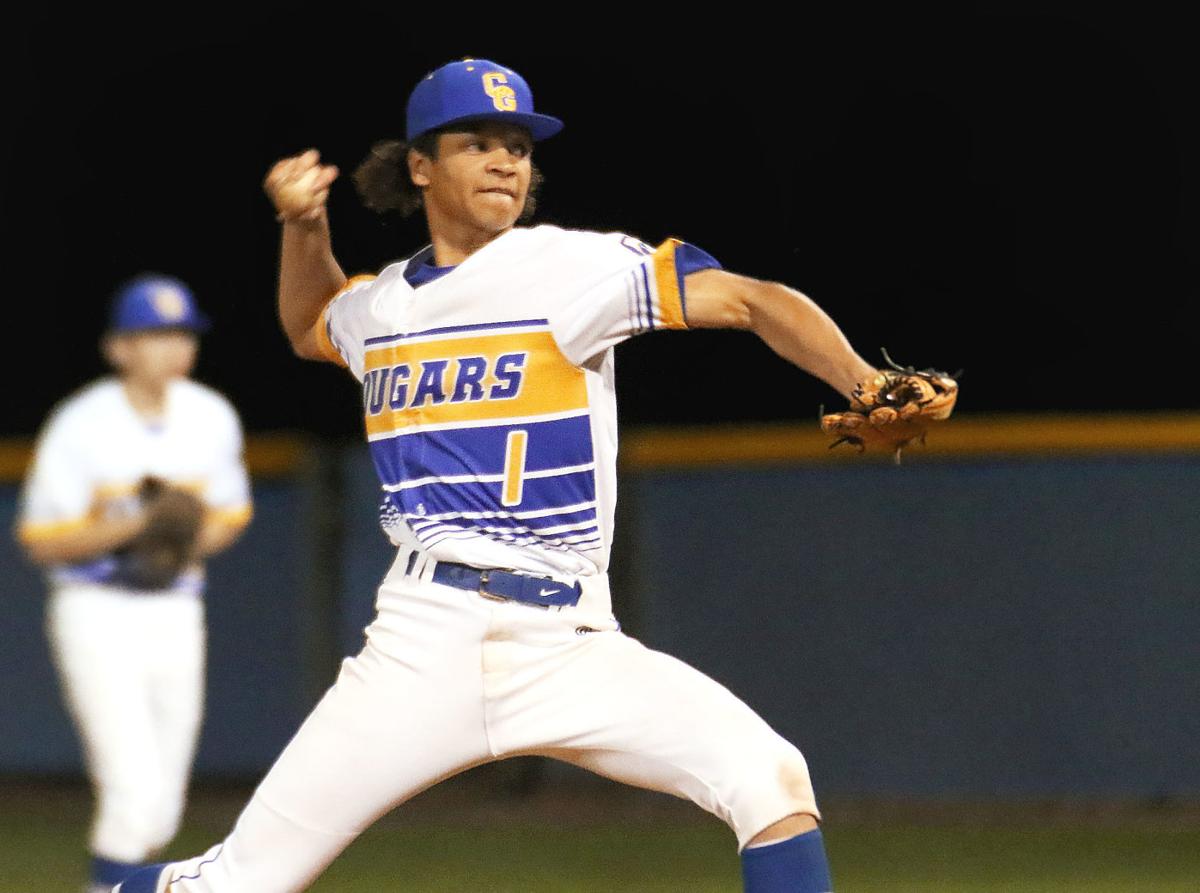 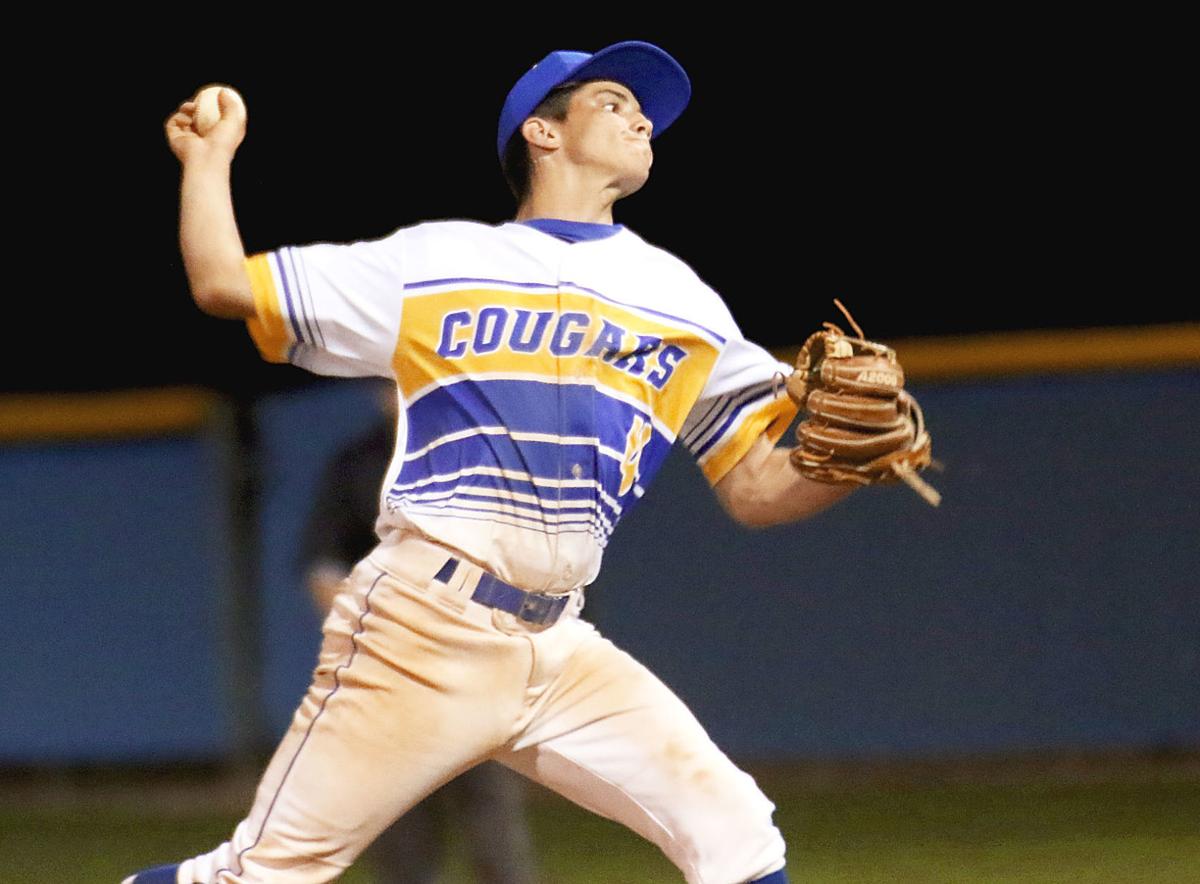 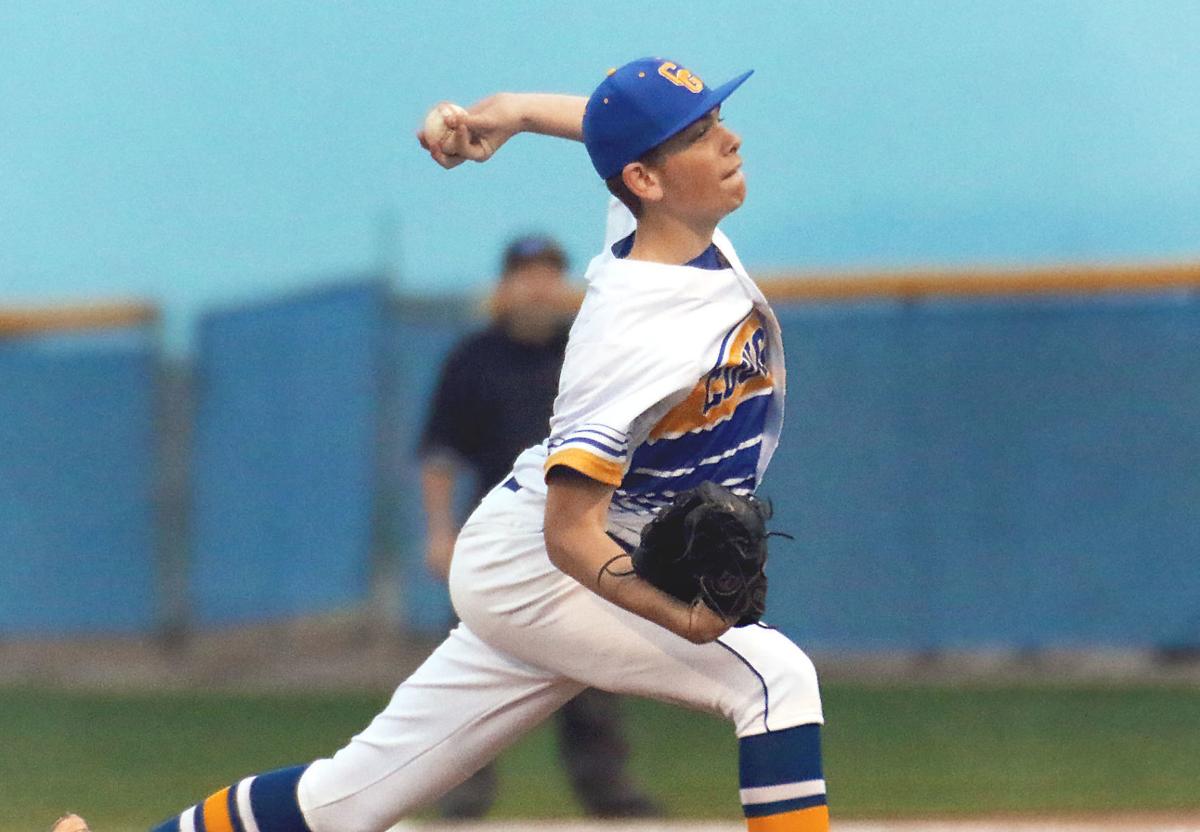 Casa Grande Union’s Aaron Blunt is tagged out by Tempe High shortstop Javon Cooks while Blunt tries to steal second during the Cougars’ 6-4 loss to the Buffalos on Thursday at CG Union High School.

Tempe High runner Javon Cooks is tagged out by Casa Grande Union’s Jalen Melecio as Cooks tries to steal second during the Cougars’ 6-4 loss to the Buffalos on Thursday at CG Union High School.

“Oh, we were awful last year,” he said. “We were not very good. I was running four to six sophomores out there a game and one to two freshmen a game.”

Despite this blunt assessment of the Cougars’ 7-15-1 overall campaign in 2019, CGU still found itself two places out of the final spot in the 4A state playoffs.

“I did,” Batina said of the idea of throwing the sophomore and freshmen to the fire of varsity baseball. “It’s good and bad. Because honestly they were not ready to play varsity, but it’s not like I can go on the wavier wire and pick guys up. They were who we had, and they were the best players we had.”

Casa Grande Union will be young again this year with only one senior in Dom Winters among 11 juniors, four sophomores and two freshmen.

Among the juniors returning are Aaron Blunt, Blaine Alden and Zack O’Dell, along with sophomores Jayson Rael and Kanyen Reyna.

Batina said the pitching staff has yet to be decided, but he expects it to consist of Rael, Blunt, junior Riley Miller and Marshall.

“As long as we are throwing strikes, we will be OK,” Batina said.

As for the lineup, that’s another story, as Batina hasn’t figured it out through three weeks of practice and the Cougars opening the season with the Tomas Pinon/Matt Huffman Memorial Tournament. Casa Grande opened the tournament with a 10-4 loss to Chandler Seton Catholic on Wednesday and then a 6-4 loss to Tempe High on Thursday.

“We are trying to make some changes, and we’re still kind of caught in between,” Batina said of having players change their swing and their approach. “They want to revert back to what the old swing was. It’s going to take a little while. Sometimes the hard thing with these tournaments is you really don’t get a lot of practice. So it’s easy to lose some of your mechanics.”

On Friday, the Cougars earned their first win this season with a 4-3 victory over Apache Junction in the same tournament. The victory was the program-leading 174th in Batina’s career at CGU, which has spanned 14 seasons over two stints.

The Cougars close out the tournament on Saturday against Gilbert Williams Field.

CG Union opens the regular season of AIA power-point games with road games at Tucson Pusch Ridge and Tucson Pueblo next week before having its home opener March 10 against Tucson Palo Verde.

CG Union opens region play against crosstown rival Vista Grande at home March 31 and then travels to the Spartans on April 20.

The 4A Kino had four of six teams qualify for the playoffs, including state champion Tucson Salpointe Catholic and semifinalist Vista Grande. Because of the region, Batina said he thinks the strength of schedule will help the Cougars possibly sneak into the playoffs.

“I truly believe that if we can play like we can and start believing in ourselves, I think we can be among the top teams,” he said. “It’s going to be hard for us to beat Salpointe. It’s going be hard for us to beat (Oro Valley Canyon del Oro.) But the rest of the teams in the league? I want to be able to compete with Vista and Catalina Foothills for third place.”