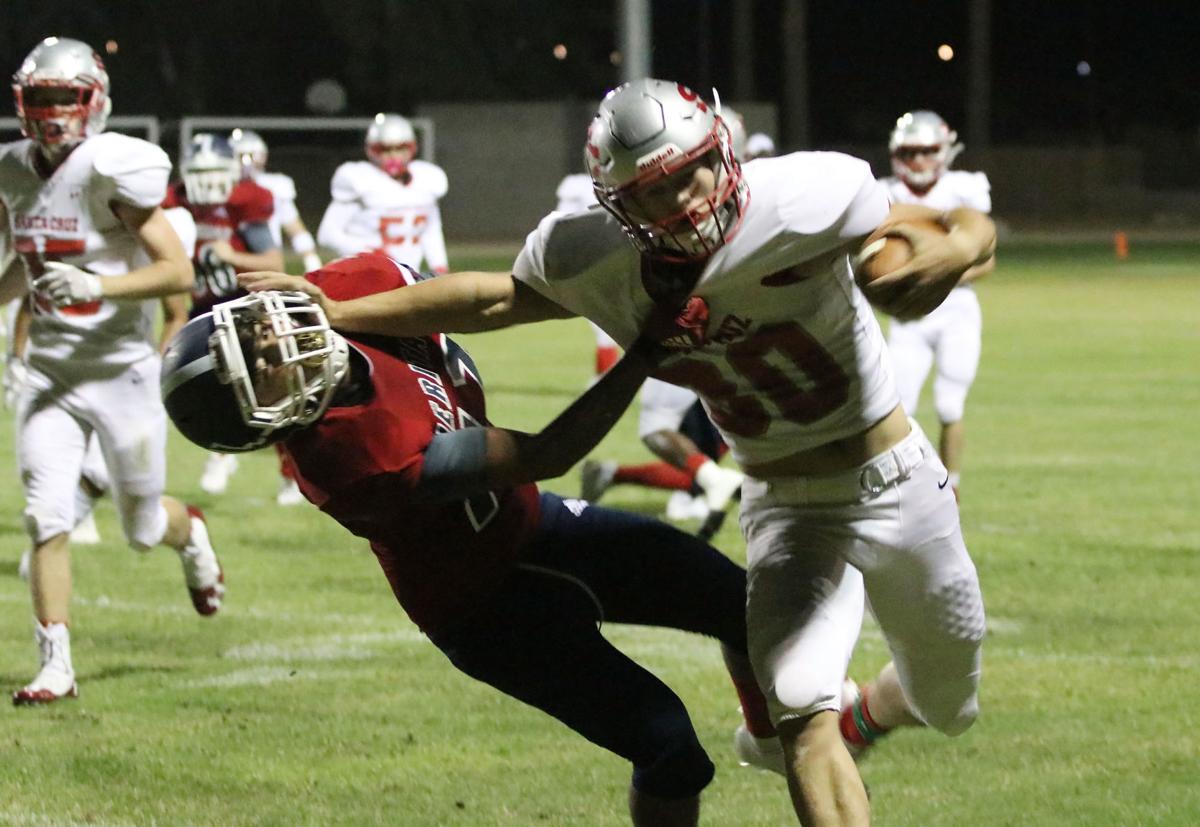 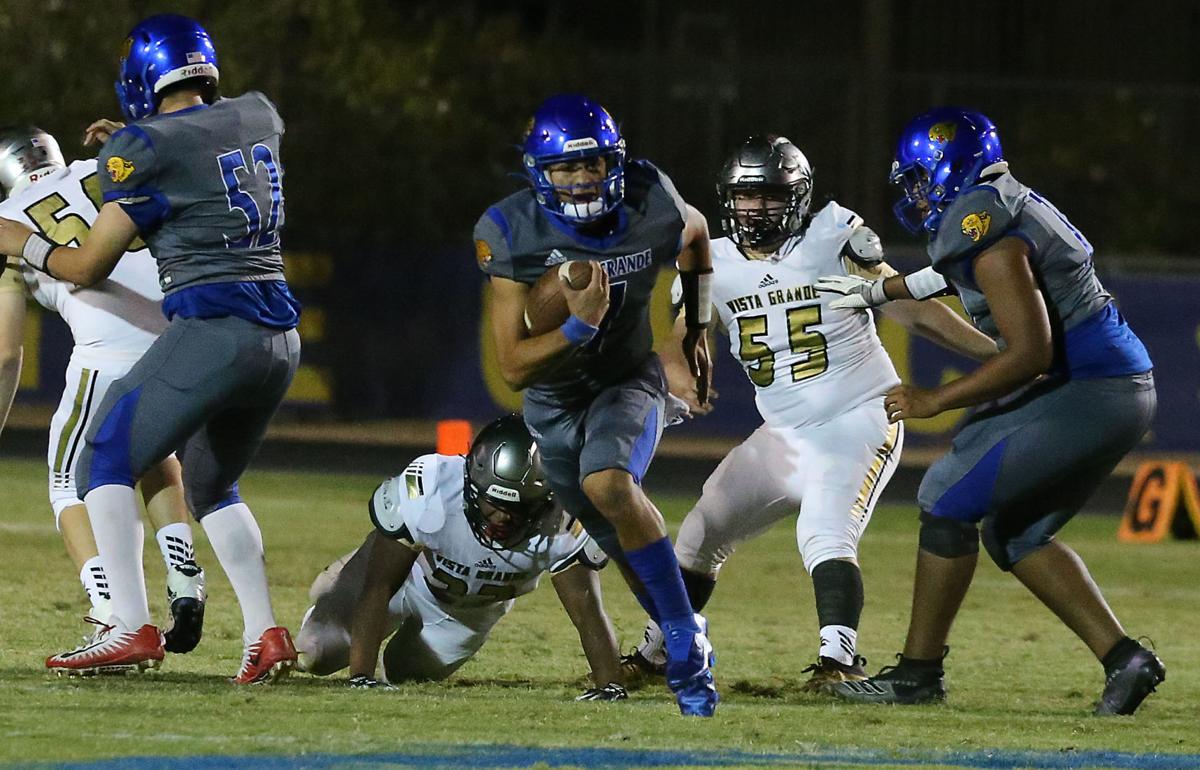 Casa Grande quarterback Angel Flores takes off on a run against Vista Grande on Friday at Al Van Hazel Stadium.

Casa Grande quarterback Angel Flores takes off on a run against Vista Grande on Friday at Al Van Hazel Stadium.

CASA GRANDE — It’s a marquee matchup no one expected to see this year.

The 2020 high school football season has been a delicate balancing act to keep on schedule, as the COVID-19 pandemic continues to cause forced quarantines and game cancellations.

Cougars coach Jake Barro told PinalCentral that a Phoenix Barry Goldwater player tested positive for COVID-19. Since Desert Mountain played Barry Goldwater last week, its players are all being tested, which led to the cancellation of Friday’s game.

Meanwhile, Santa Cruz was going to play Wellton Antelope on Friday. That game was also canceled after Antelope informed Santa Cruz it was not making the trip to Eloy for the game. It’s unclear if COVID-19 was the specific reason the game was canceled, although that appears likely.

Knowing his team needed a game and that Santa Cruz was in the same position, Barro called Santa Cruz coach and athletic director Rishard Davis.

“I asked him if they wanted to play (us), and they did,” Barro said by phone Thursday. “We’re playing each other Saturday night.”

The game will be played at Santa Cruz at 7 p.m. on Saturday.

Casa Grande, a 4A team, would normally not play Santa Cruz, a 2A program. But Santa Cruz is no ordinary 2A program. The Dust Devils are dominating their conference to such a degree that they may have no peer in 2A.

“We know they’re a really, really good team,” Barro said of the Dust Devils. “They’re gonna be tough. We know their running back is the real deal, and we’re gonna have to shut him down.”

That running back is senior Hunter Ogle, who is destroying teams like a man on a mission. He has 646 yards with 12 rushing TDs and is averaging 13.7 yards per carry.

Santa Cruz has been excellent in all phases of the game and should give Casa Grande (2-1) a good challenge, even though Casa Grande is a much bigger school.

The Cougars have plenty of playmakers on their roster, and it all starts with star quarterback Angel Flores. He has completed 67.5% of his throws for 467 yards with six TDs and two interceptions. He also has 273 rushing yards and six scores.

Casa Grande has speed at receiver and a big-time running back in RJ Keeton.

Both teams have fast, physical linebackers and defenders that can take the ball away. It’s a true heavyweight battle.

“We’re so grateful to coach Davis for stepping up and helping us out,” said Barro, adding the game will be good for both teams in preparing them for their ultimate goals.