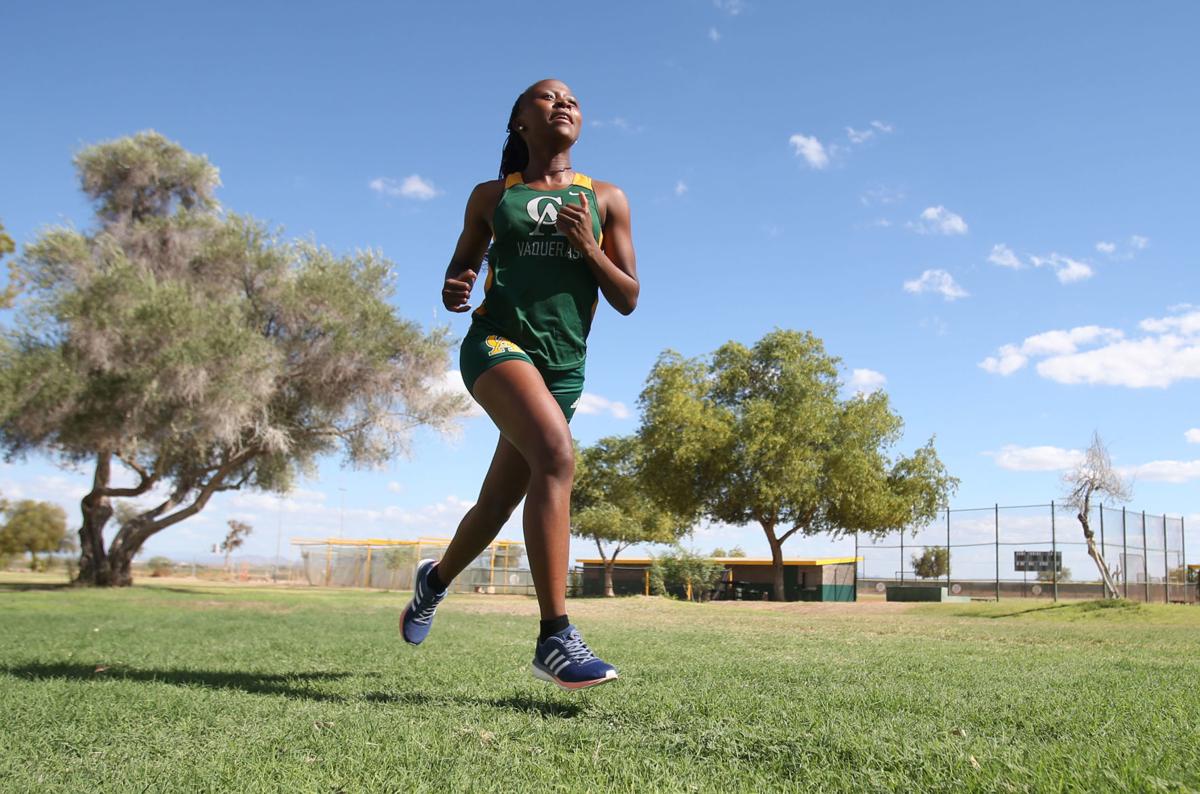 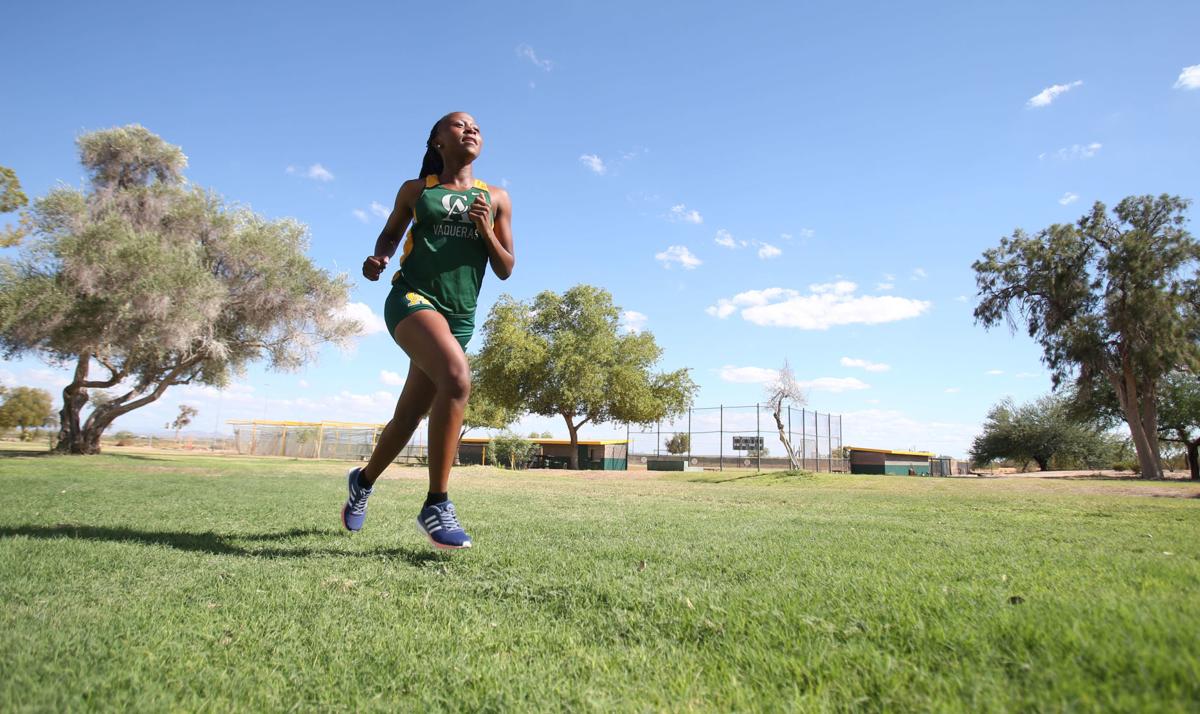 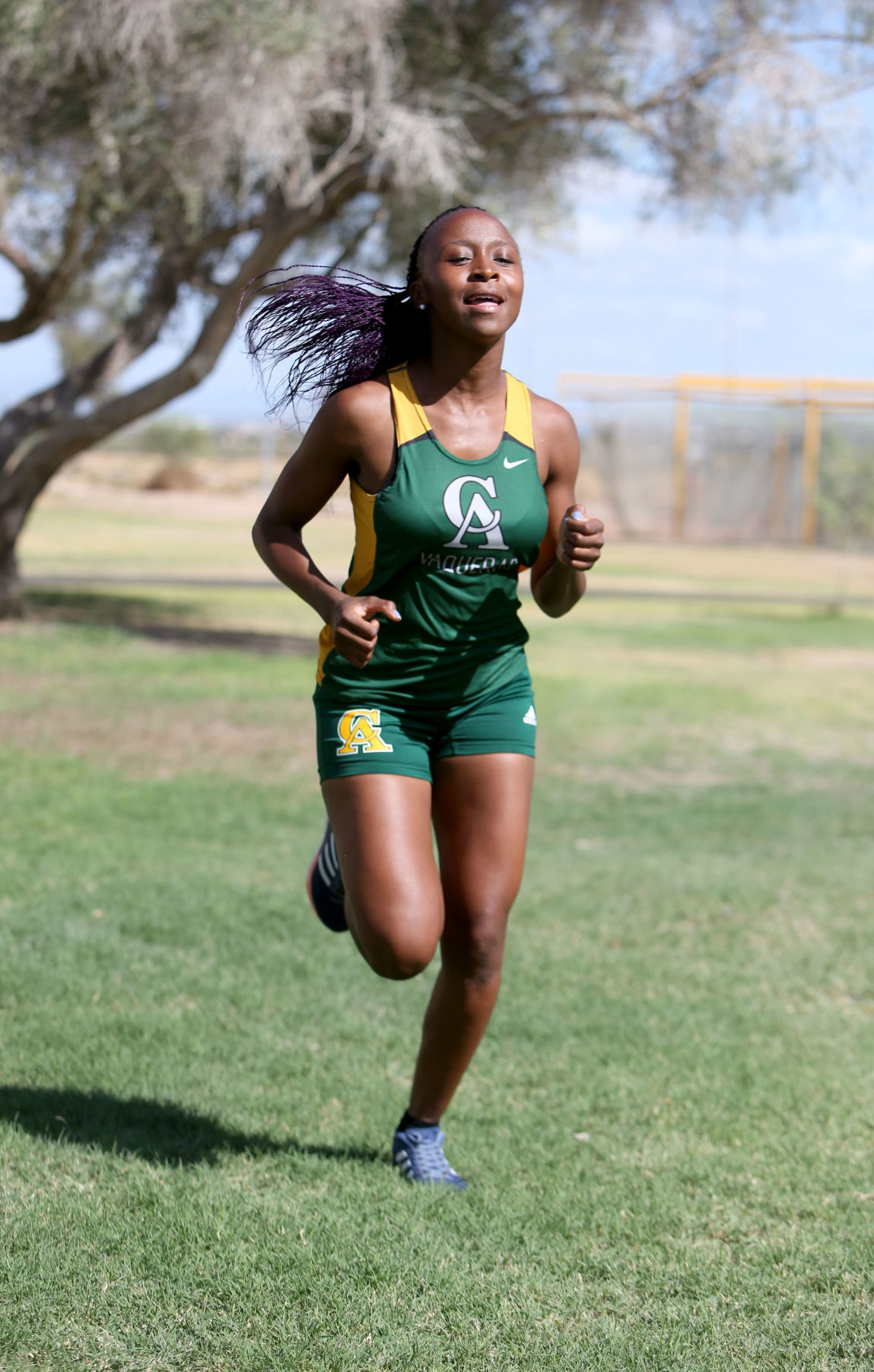 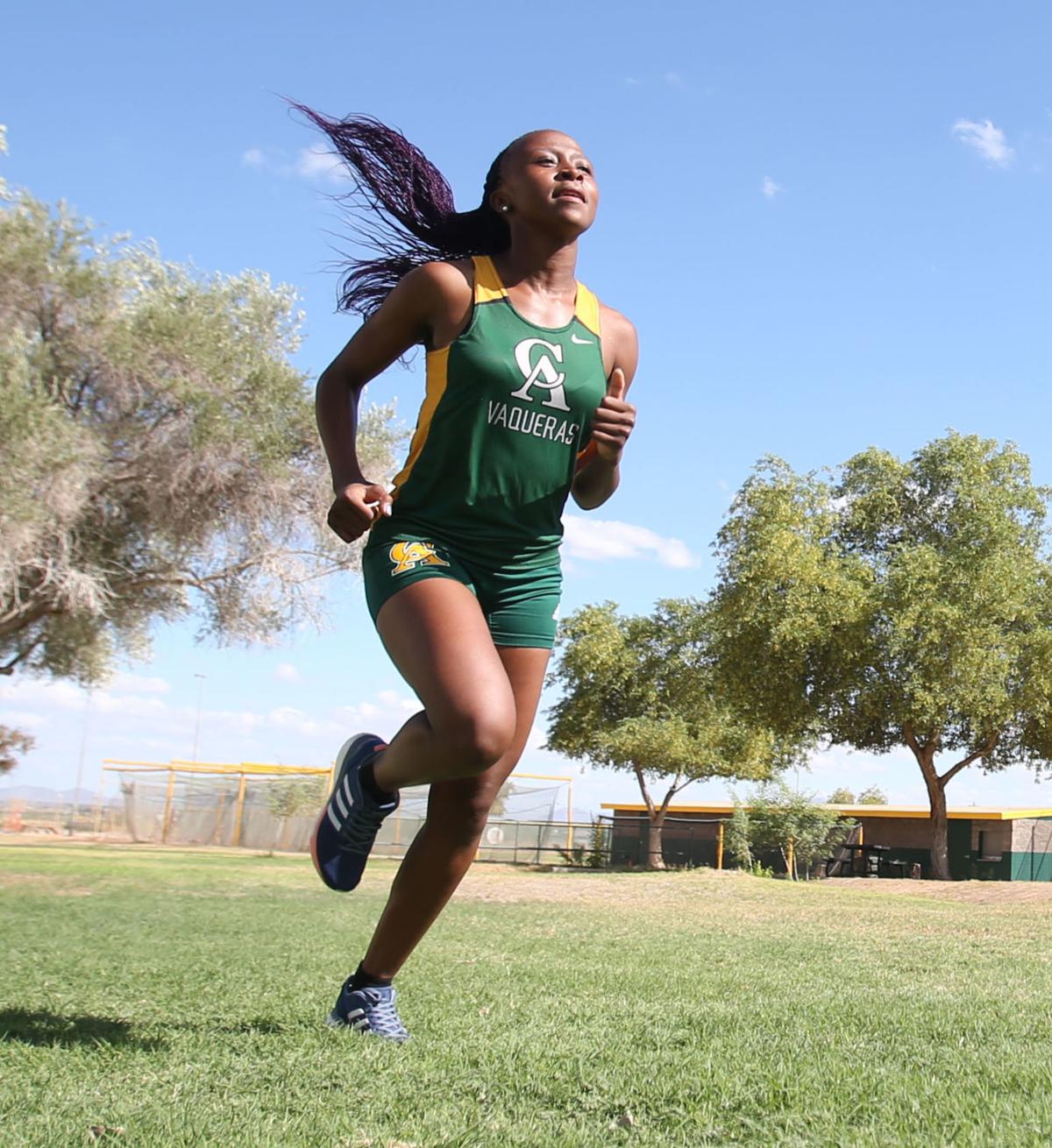 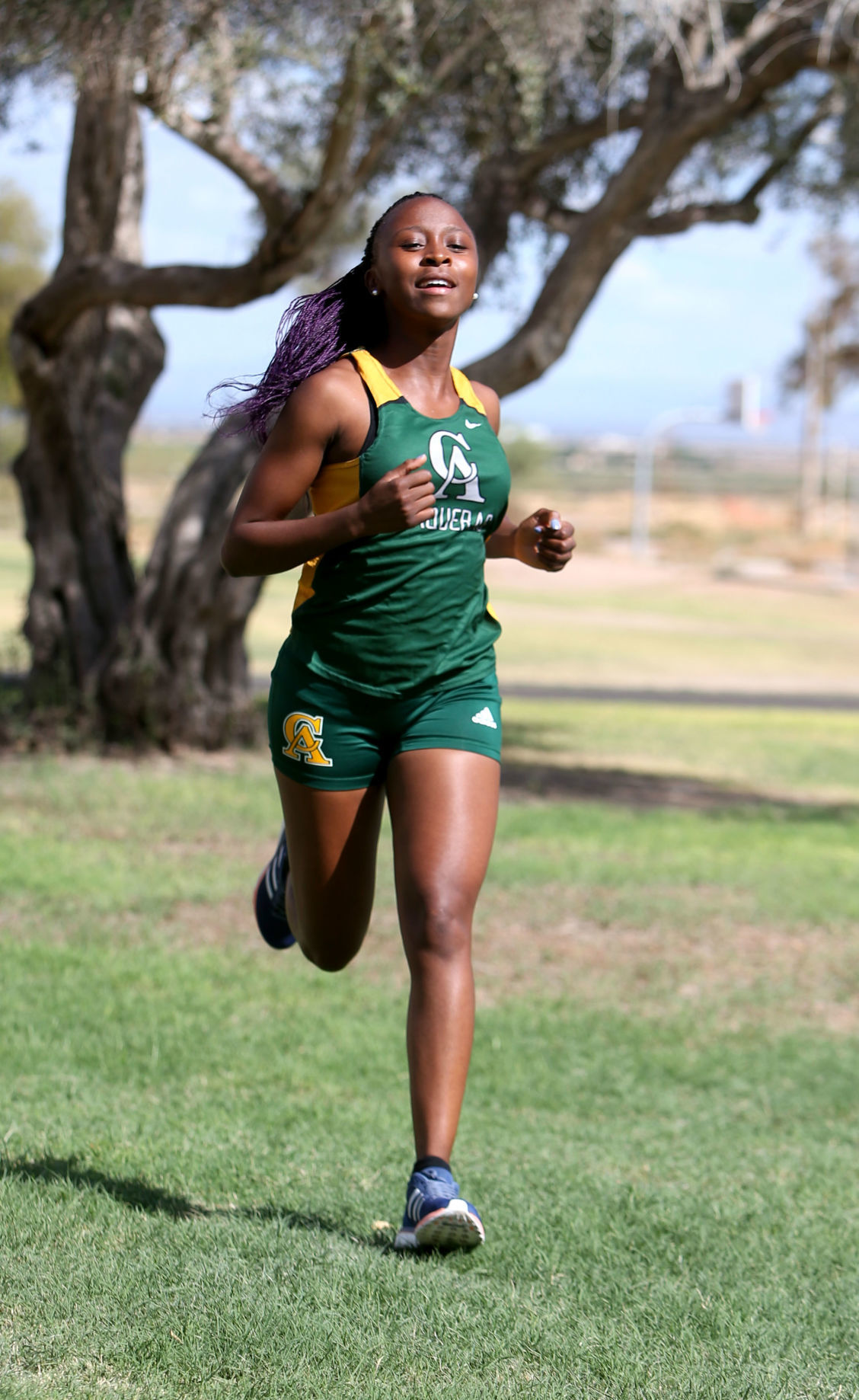 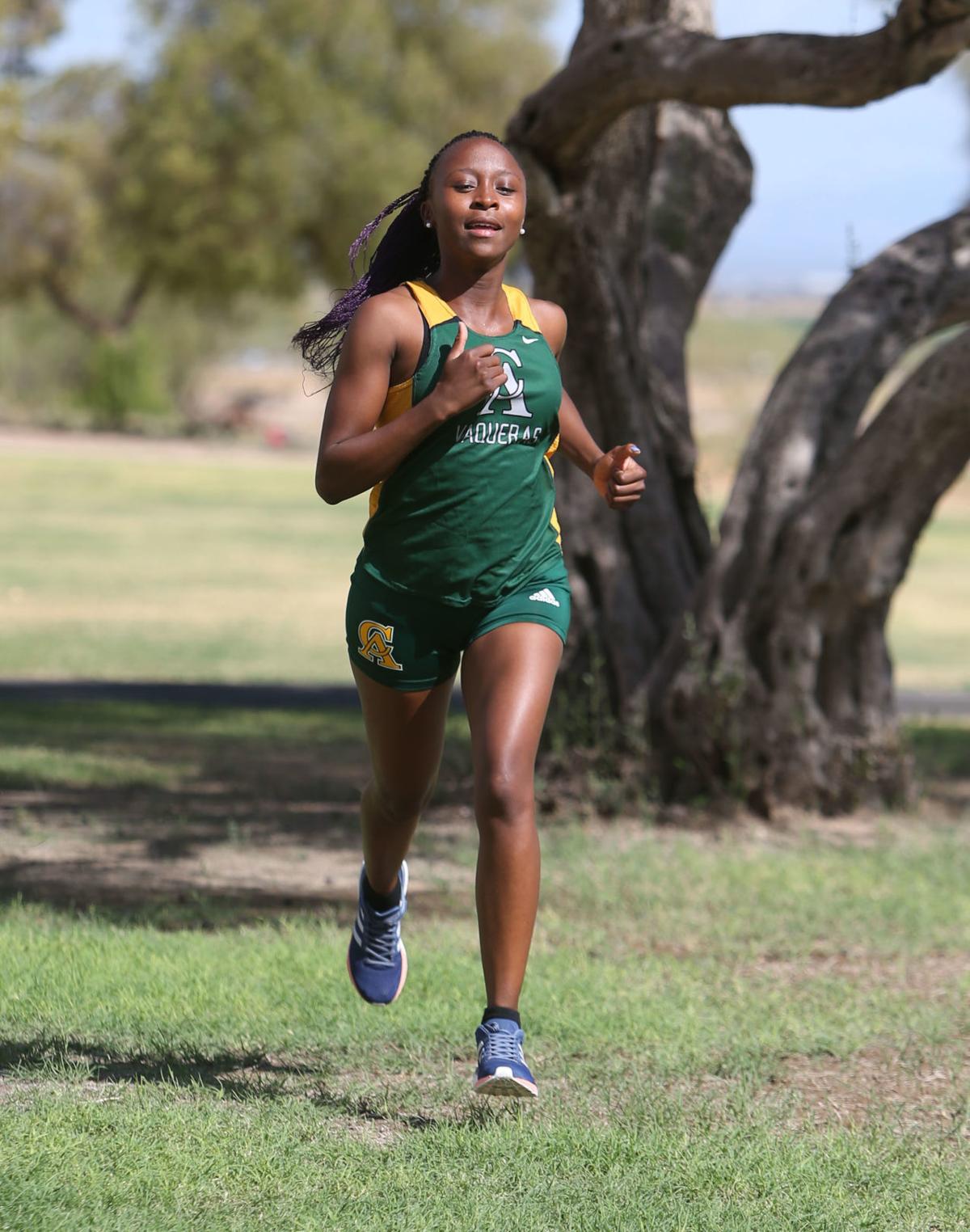 SIGNAL PEAK — Even though the Central Arizona College men’s cross country team won’t have as much depth as it did last season, coach Paul Tavares believes the Vaqueros have enough talent to contend for a second straight national championship.

“Last year, we were nine deep,” Tavares said. “This year, we have a really strong top four. We’re not going to be as deep, but I think we’ll be in the mix for sure.”

Two of CAC’s returners competed at the NJCAA Championships last November. Aaron Orar placed 25th out of 284 finishers and was the No. 5 scorer for the Vaqueros, who posted an 18-point margin of victory over runner-up Iowa Central (100-118). Central prevailed despite losing No. 3 runner Habtamu Cheney to injury during the 8-kilometer race.

Along with Orar and Cheney, the projected scoring five also includes sophomore Jesus Aldana along with freshmen James Kapel and Kyle Partin.

Seven others are vying for the other two spots in race-day lineups, including Johnathan DeSanti and Noah Olmos of Vista Grande High School and Davin Soto of Casa Grande Union. DeSanti is a sophomore. Olmos and Soto are freshmen.

“After the fifth man, there’s going to be a gap,” Tavares said. As the season progresses, “we’re going to need to get stronger (performances from) our No. 6 and No. 7.”

Lesego Mpshe finished 14th for the CAC women in last year’s nationals to earn All-America honors (awarded to the top 15). But going into Saturday’s season-opening meet in Riverside, California, Tavares said freshman Alisia Honeyumptewa was the Vaqueras’ No. 1 runner.

Honeyumptewa is the top prospect of what CAC’s Tavares touted as a “high quality” freshman class. Joining her are projected No. 3 Precious Robinson and No. 4 Tshwanelo Maruping.

The other freshmen are Ariz Duarte and Makaya Richard. Taylor Murphy and Esther Beck ran in last year’s nationals for the Vaqueras, who finished sixth following a string of seven consecutive top-three placings.

Rounding out the roster for the Vaqueras are sophomores Janaya McIntosh and Brittany Markee.

“This could be one of our best teams ever if everybody stays healthy and runs the way the capable of,” Tavares said.

Both teams put in an impressive amount of work. They train from 6 to 8:30 a.m., Monday through Saturday. Tavares estimated his runners log 70 miles per week, and during the summer his top guys registered close to 1,000 miles. The majority of the women runners ran 600-plus miles during the summer months.