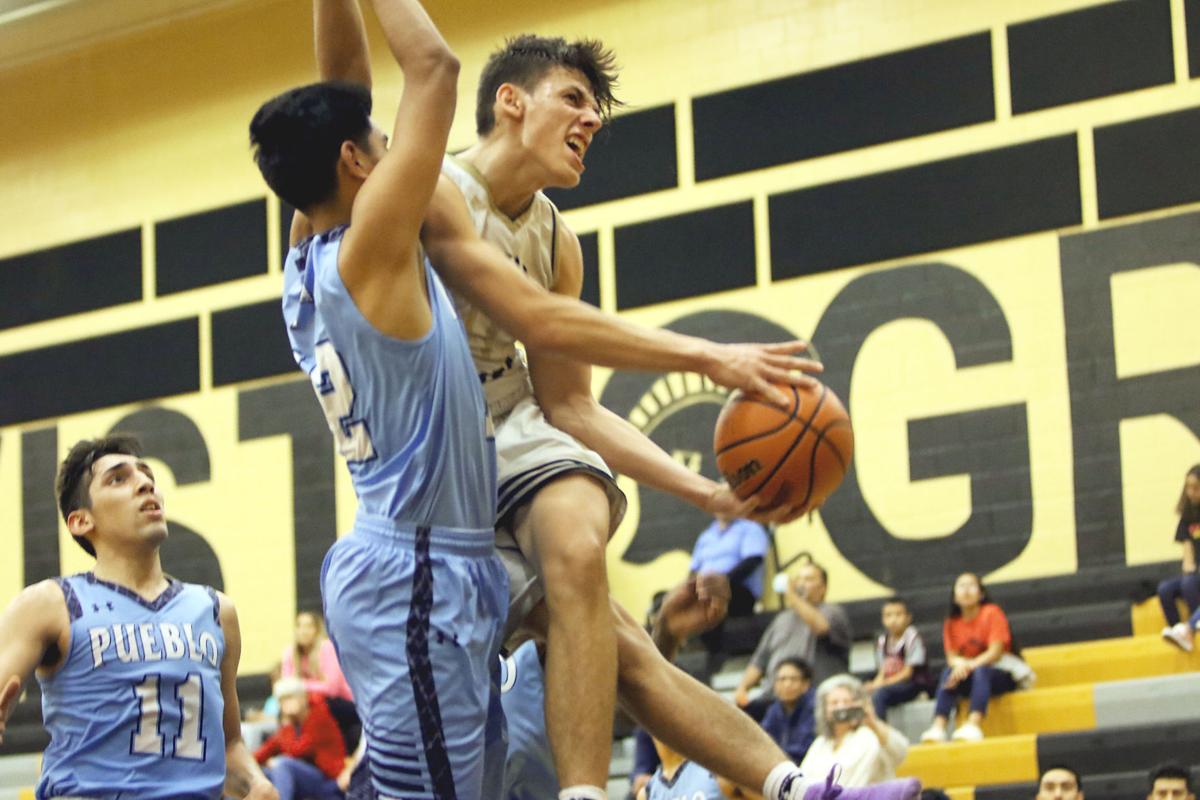 Vista Grande’s Devin Bradford goes up for a layup during the second half of the Spartans’ 48-37 loss to Tucson Pueblo on Dec. 12, 2019, at Vista Grande High School. 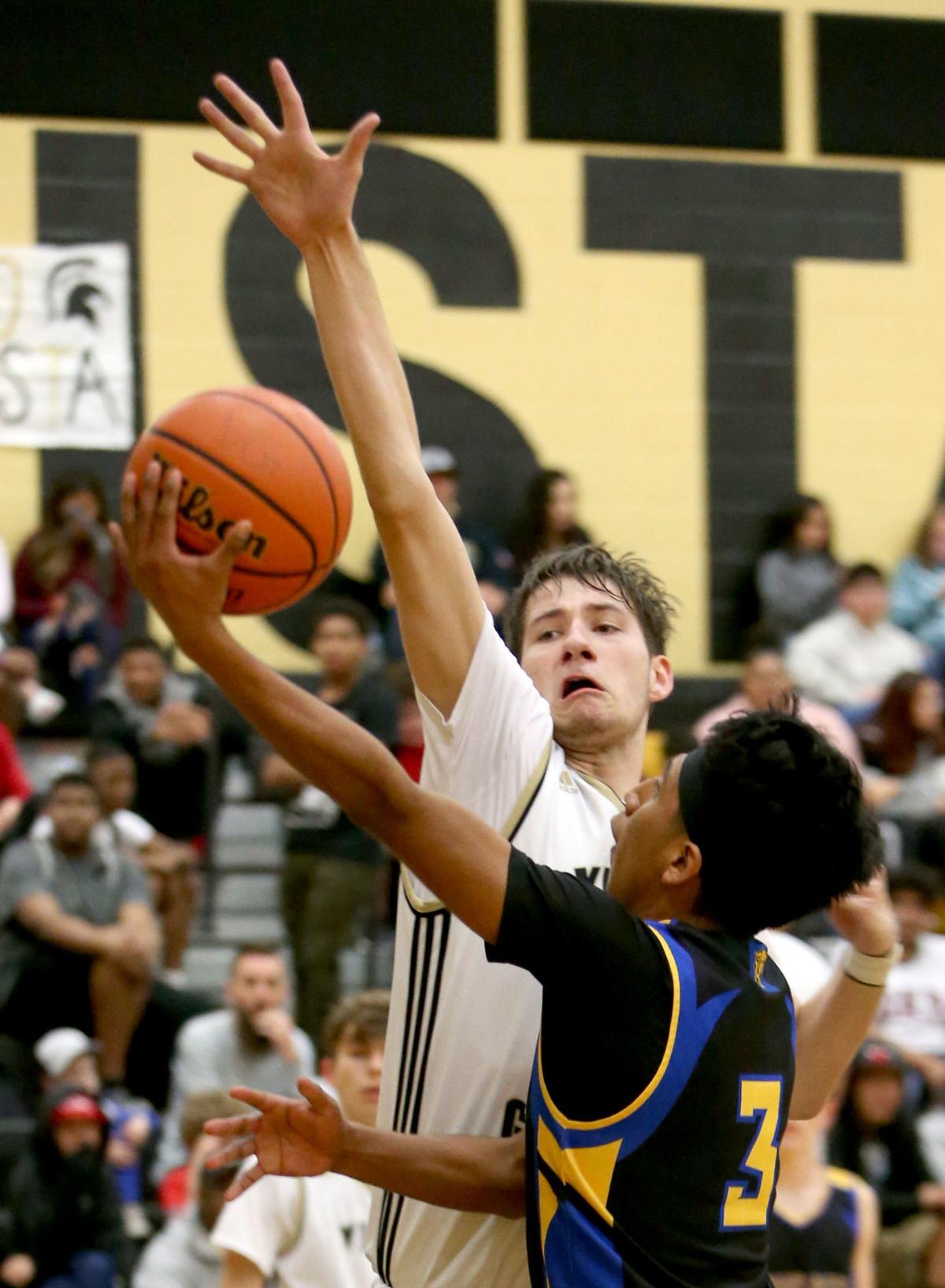 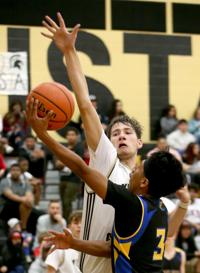 Vista Grande’s Chris Long tries to block a shot from Casa Grande Union’s Mitchell Carlos during the second half of the Spartans’ 66-60 win over the Cougars on Jan. 28 at Vista Grande High School.

Vista Grande’s Devin Bradford goes up for a layup during the second half of the Spartans’ 48-37 loss to Tucson Pueblo on Dec. 12, 2019, at Vista Grande High School.

Vista Grande’s Chris Long tries to block a shot from Casa Grande Union’s Mitchell Carlos during the second half of the Spartans’ 66-60 win over the Cougars on Jan. 28 at Vista Grande High School.

EDITOR'S NOTE: This story was written before the AIA executive board voted Friday to cancel the winter sports season.

CASA GRANDE — Hank Bias has been coaching basketball for 40 years, and he’s never been more excited for the season to begin.

Bias, the Vista Grande boys coach, began his coaching career in 1980 at the high school level in Cincinnati. This will be his fifth season leading the Spartans, who showed significant improvement a season ago, increasing their win total from four to 10.

But Bias’ excitement to start the season is tempered by the uncertainties of the COVID-19 pandemic and how it could affect the team and his players.

“Fingers crossed,” he told PinalCentral in a phone interview. “I’m just hoping for the best.”

The Arizona Interscholastic Association is not allowing fans at any basketball games to start the season. Time, and how the virus data trends, will tell if that changes at a later date.

For now, Bias is getting his group ready for the season, which officially begins with a road game at Combs on Jan. 19. And it’s a group that’s been working incredibly hard ever since the spring.

Bias, after extensive talks with administration, was allowed to conduct practices outdoors in the spring under strict COVID-19 guidelines. Kids started showing up at 9 a.m. every day, displaying a dedication not previously seen in the Vista Grande program.

That dedication and enthusiasm bled into the summer, as the players continued to practice outdoors in the extreme heat. Bias said he took every precaution to protect the kids from overexposure to the heat and sun.

The veteran coach of 40 years was blown away by the commitment of his players. He was quick to note that the younger generation gets a bad rap for its work ethic.

“When people say kids have changed ... none of that’s true,” Bias said. “These guys might be tougher than any group I’ve ever had.”

The Spartans will be led by senior guard Devin Bradford and junior forward Chris Long. Both are returning varsity players; Bradford led the team in scoring at 13.8 points per game, while Long averaged 12.2 points and 6.8 rebounds.

“He’s jumping out of the gym,” Bias said.

Long has terrific size, and the now 6-7 junior will step into an even bigger role.

Despite his size, he was more of a shooter and perimeter player last year. Bias said Long is working on his post moves and is developing a more balanced game that will allow him to attack defenses inside and outside.

The combination of size and skill has Long drawing interest from several Division II schools and other mid-sized college programs.

Aside from the physical gifts, Bias said Long’s best trait is his basketball IQ. Bias expects Long and Bradford to be team leaders.

One new face to watch is Moses Charles, a 6-4 junior from Kansas City whose family recently moved to Casa Grande.

Getting to 10 wins last year was a big deal for the Spartans, who finished 10-16 overall after going 4-22 in the previous season.

“They tasted that success, and they liked that,” Bias said, adding the team is showing newfound enthusiasm and togetherness.

Vista Grande will play in a newly aligned 4A Black Canyon region after competing in the 4A Kino the last two years. The new region includes Poston Butte, Combs, Apache Junction, Scottsdale Coronado and Phoenix Cortez.

Bias isn’t making any grand predictions about win totals, but he said the Spartans are making significant strides forward as a program.

“We’re getting better,” he said. “We’re not going to be an easy out for anybody.”