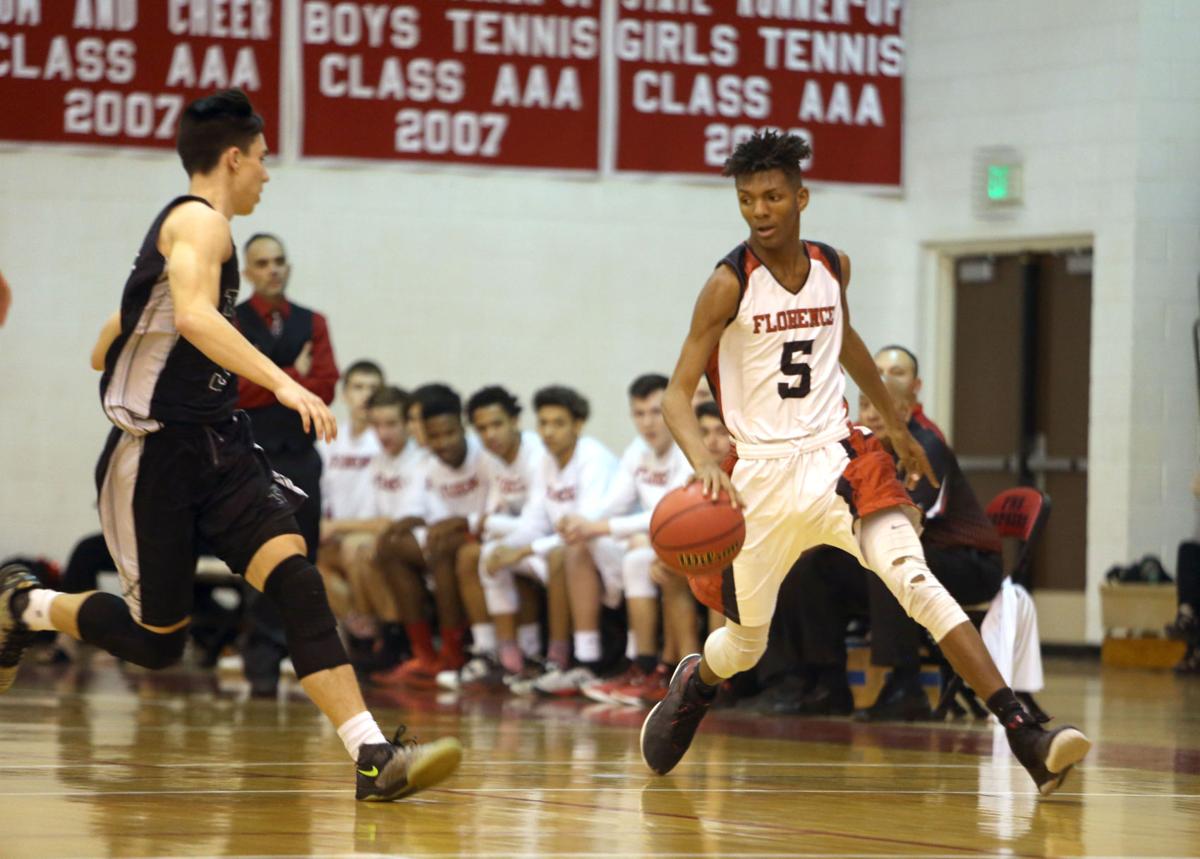 Florence’s Aaron Chapple moves the ball up the court during a game in Florence. 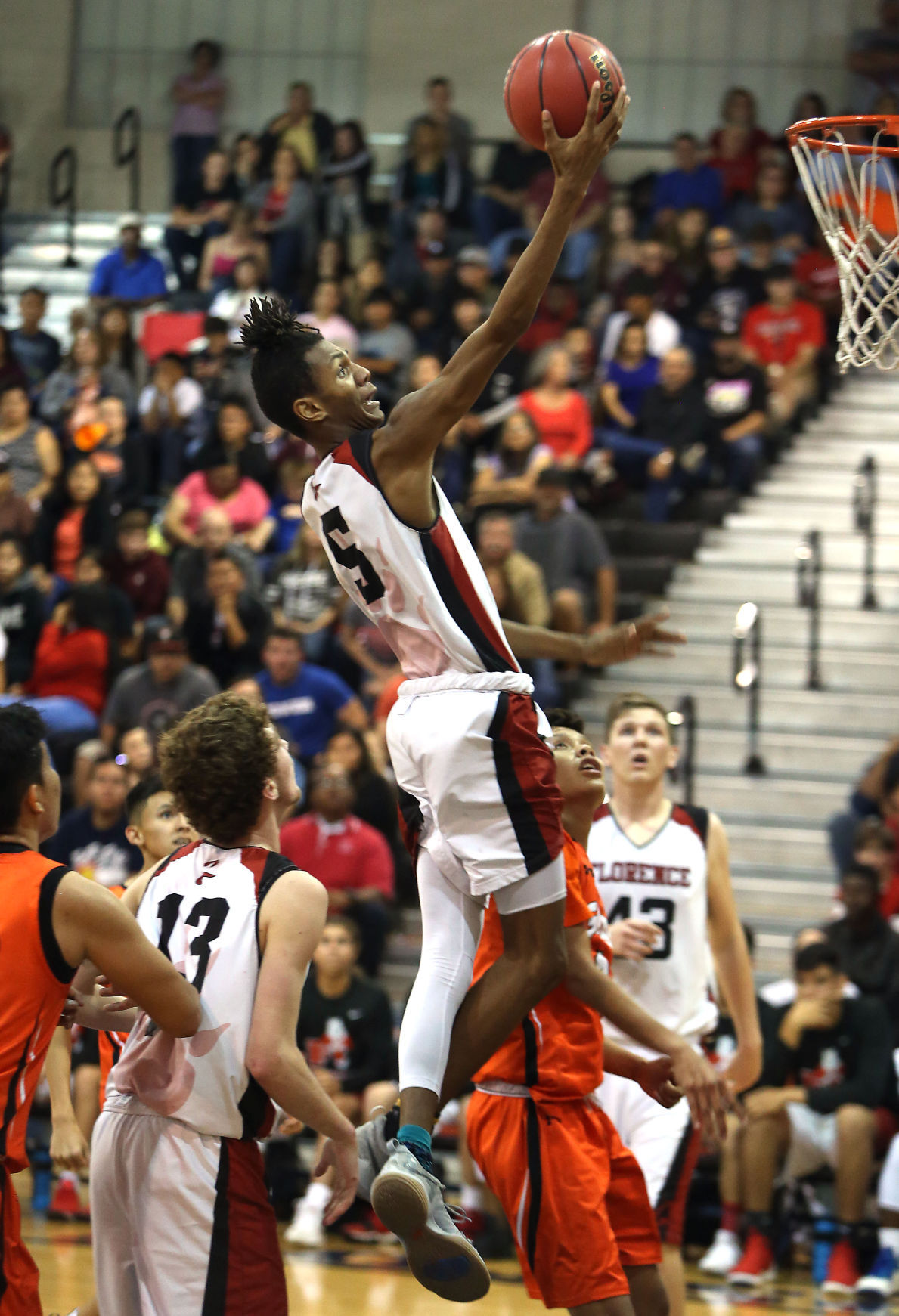 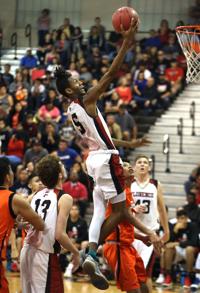 Florence’s Aaron Chapple powers up against Globe during a 3A playoff game Feb. 17, 2018, at Poston Butte High School in San Tan Valley. 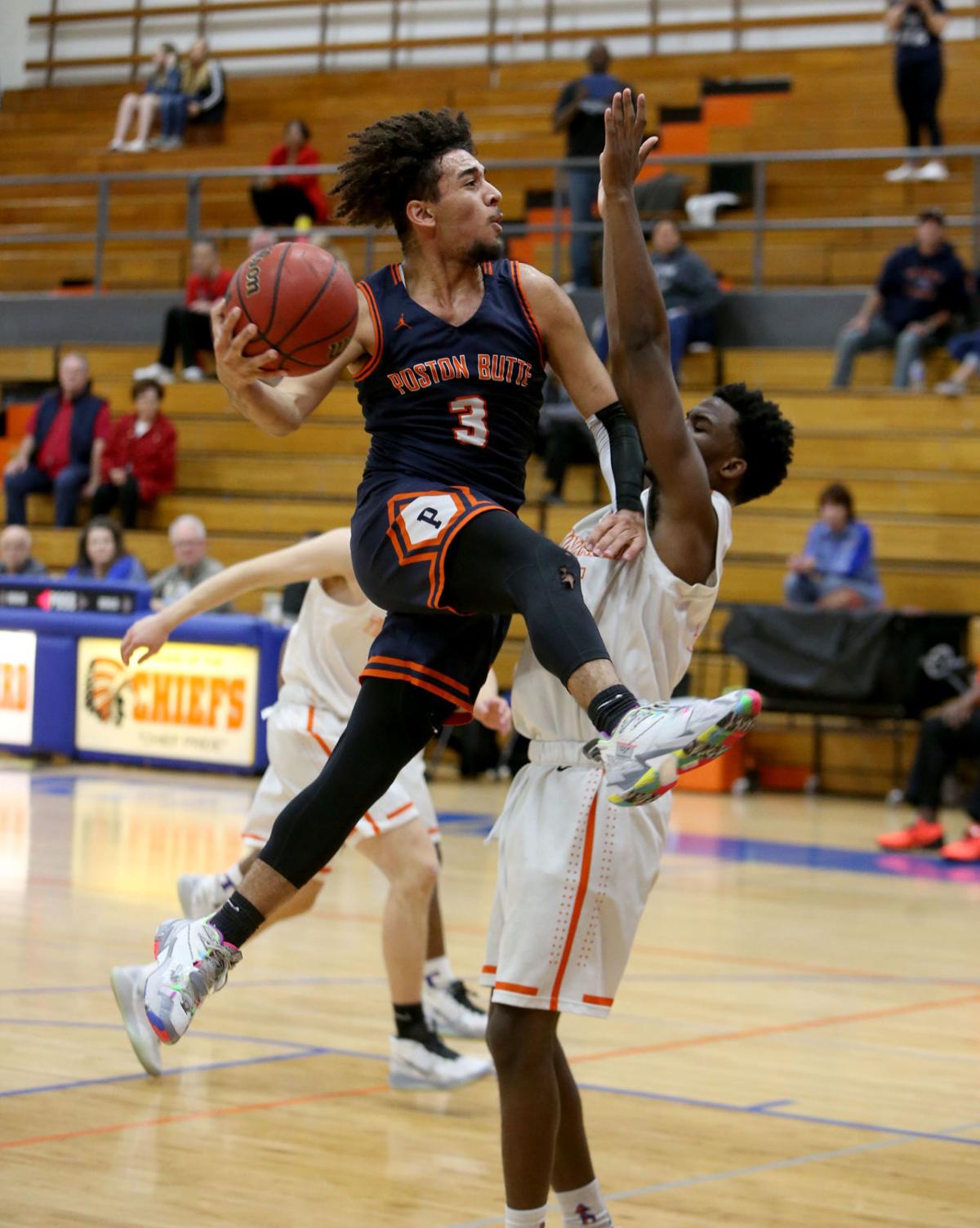 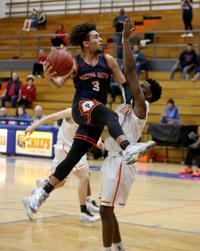 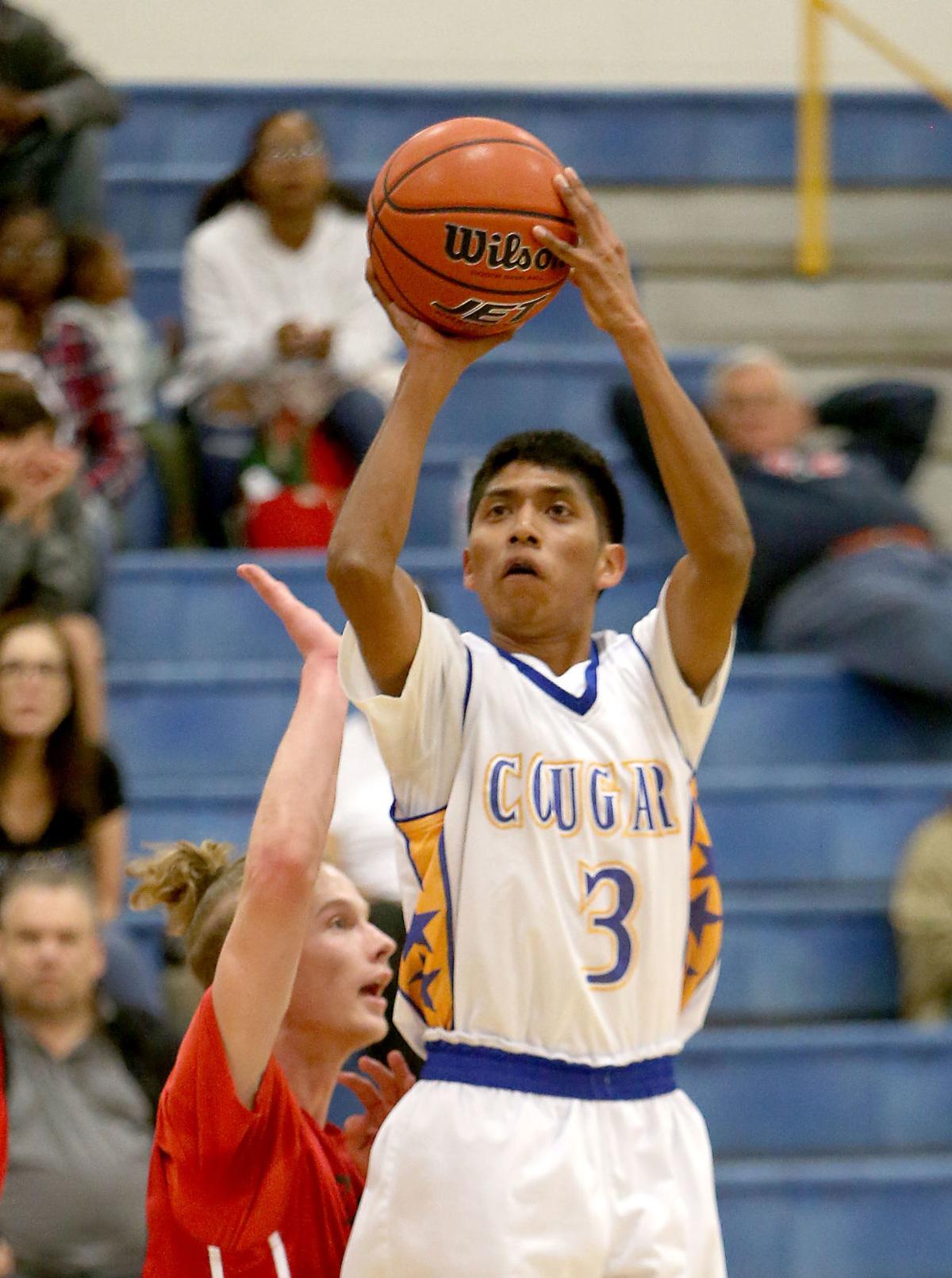 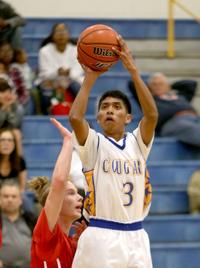 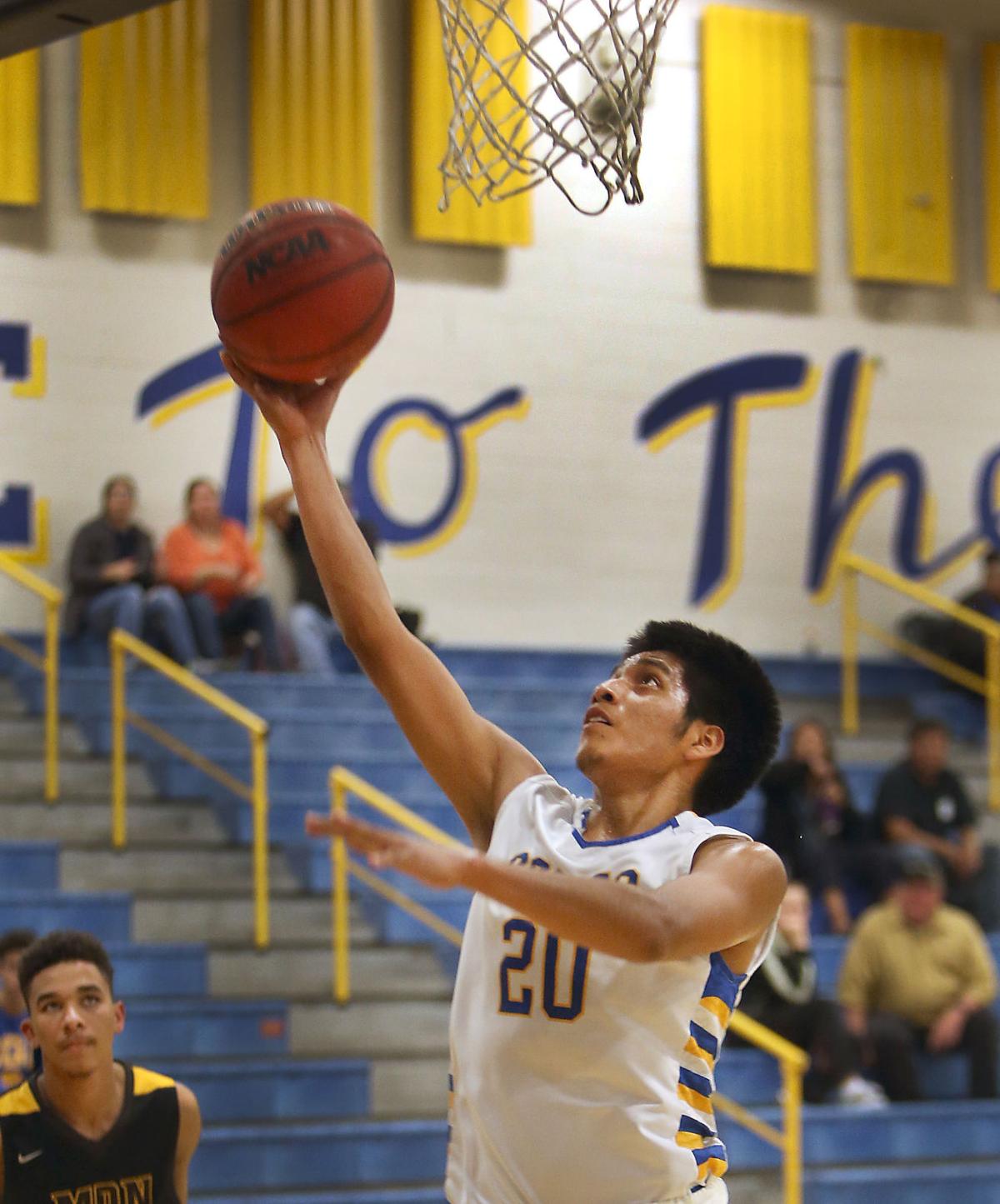 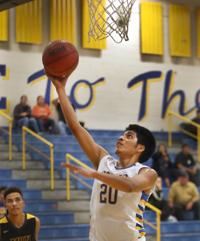 Florence’s Aaron Chapple moves the ball up the court during a game in Florence.

Florence’s Aaron Chapple powers up against Globe during a 3A playoff game Feb. 17, 2018, at Poston Butte High School in San Tan Valley.

Looking at the 2020-21 men’s basketball roster for the Warriors, it includes four incoming players from Pinal County. Those players are Quest Williams, Aaron Chapple, Mitchell Carlos and Gavin Carlos.

Williams, the 2019-20 PinalCentral Boys Basketball Player of the Year, starred at Poston Butte. Chapple played high school ball at Florence, and the Carlos brothers are alums of Casa Grande Union.

Floco, the new head coach at SAGU (Southwestern Assemblies of God) American Indian College in Phoenix, is a former basketball coach and athletic director at CG Union. His ties to the county run deep.

Floco is excited about the players he’s signed from Pinal and said each one of them brings unique skills to the table. But he said all of them are hard workers who also take their academics seriously.

Williams landed PinalCentral POY honors last season after averaging 23 points and 4.9 rebounds, leading the Broncos to the play-in round of the 4A state playoffs.

Aaron Chapple graduated from Florence in 2018. He played one year at Westcliff University in Irvine, California, and then took a year off from basketball last season.

At Florence, Chapple was a wiry, versatile player who was still growing into his body when he graduated. When he started participating in workouts at American Indian College, Floco and his coaches were impressed.

“We saw the potential in him and his growth on the court,” Floco said.

Chapple’s coaches and others who know him talk about how he’s not just a good basketball player, but a quality person as well. For Floco, that was an important factor in recruiting all the Pinal players.

“All four of these kids are high-character kids and will be good student-athletes,” he said.

Mitchell Carlos was a PinalCentral first team all-county selection last year with the Cougars. A skilled ballhandler and shooter, he averaged 20.5 points while shooting 42% from 3-point range and 85% from the foul line.

Gavin Carlos, the older brother, graduated from CG Union in 2018. In his senior season with the Cougars, he led the team in scoring at 15.8 points per game and shot 43% from beyond the arc.

Chapple, who first met Floco while working out at a Florence gym, was drawn to the American Indian College program because of its friendly, supportive environment, and because he liked what he heard from the coach.

“I felt like [Floco] had my best interests at heart when it comes to what I do after college,” Chapple said.

Chapple is good friends with Williams, and the two often play basketball together. When asked who is the better player, the competitor in Chapple prevailed.

“I can’t say anyone but me,” he said. However, he added everyone needs to know just how good Williams is, a sentiment shared by Floco.

Chapple said he was 6-foot-3 in his senior year at Florence. Shortly after graduation, he grew another couple inches and is now 6-5½. He also continues to work on adding strength to his frame, an area he said he’s made significant progress.

American Indian College competes in the National Christian College Athletic Association. But Floco said his program has plans to join the NAIA or Division II level in the near future.

But until that happens, Floco is scheduling plenty of higher-level opponents to give his players exposure to increased competition. American Indian College will play four Division I schools this season, including Idaho State, Southern Utah, Dixie State (Utah) and Grand Canyon University.

Four Division II teams are also on the schedule.

Floco looks forward to not just maintaining, but growing his network and relationships with Pinal County high schools and players. He said there’s something special about the kids who come from the county in between Phoenix and Tucson – athletes who are often overlooked because they come from a more rural area.

“They bring a gritty type of student-athlete ... they compete,” he said. “They have a chip on their shoulder.”