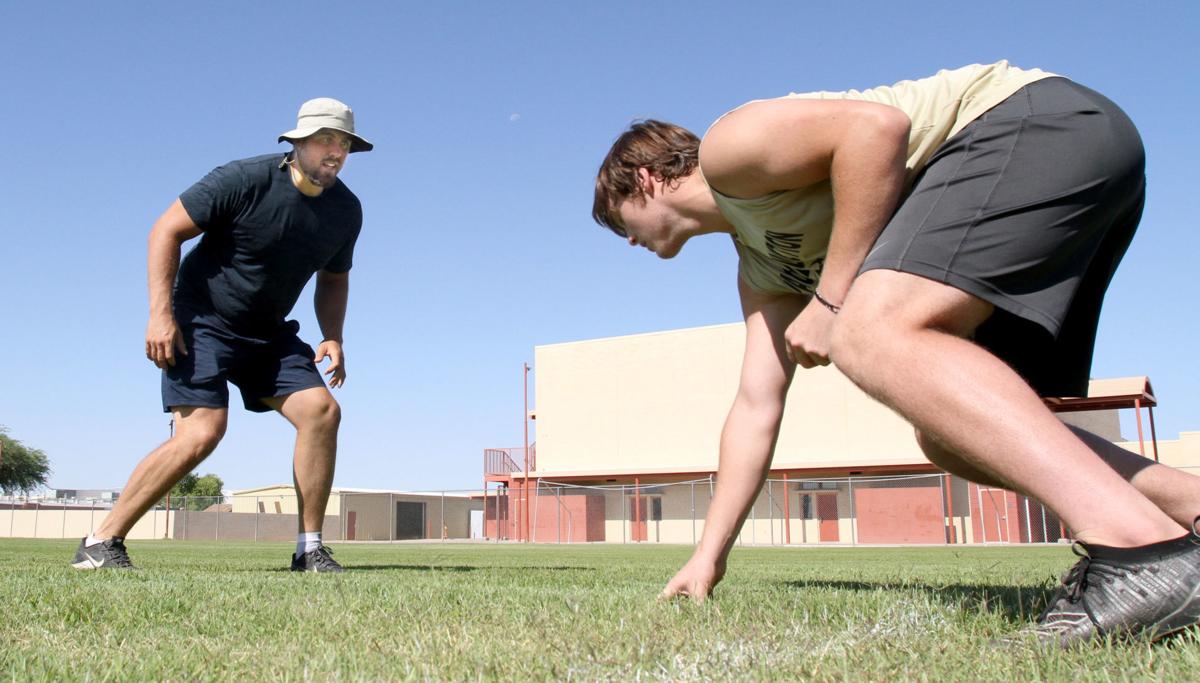 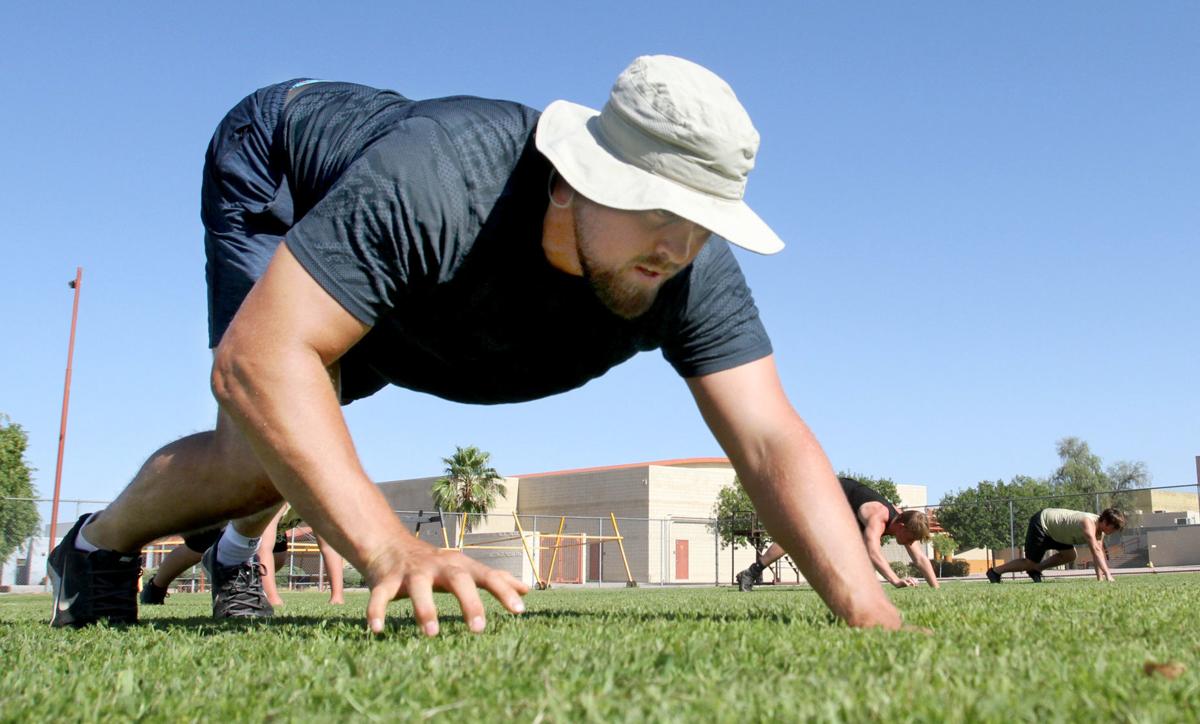 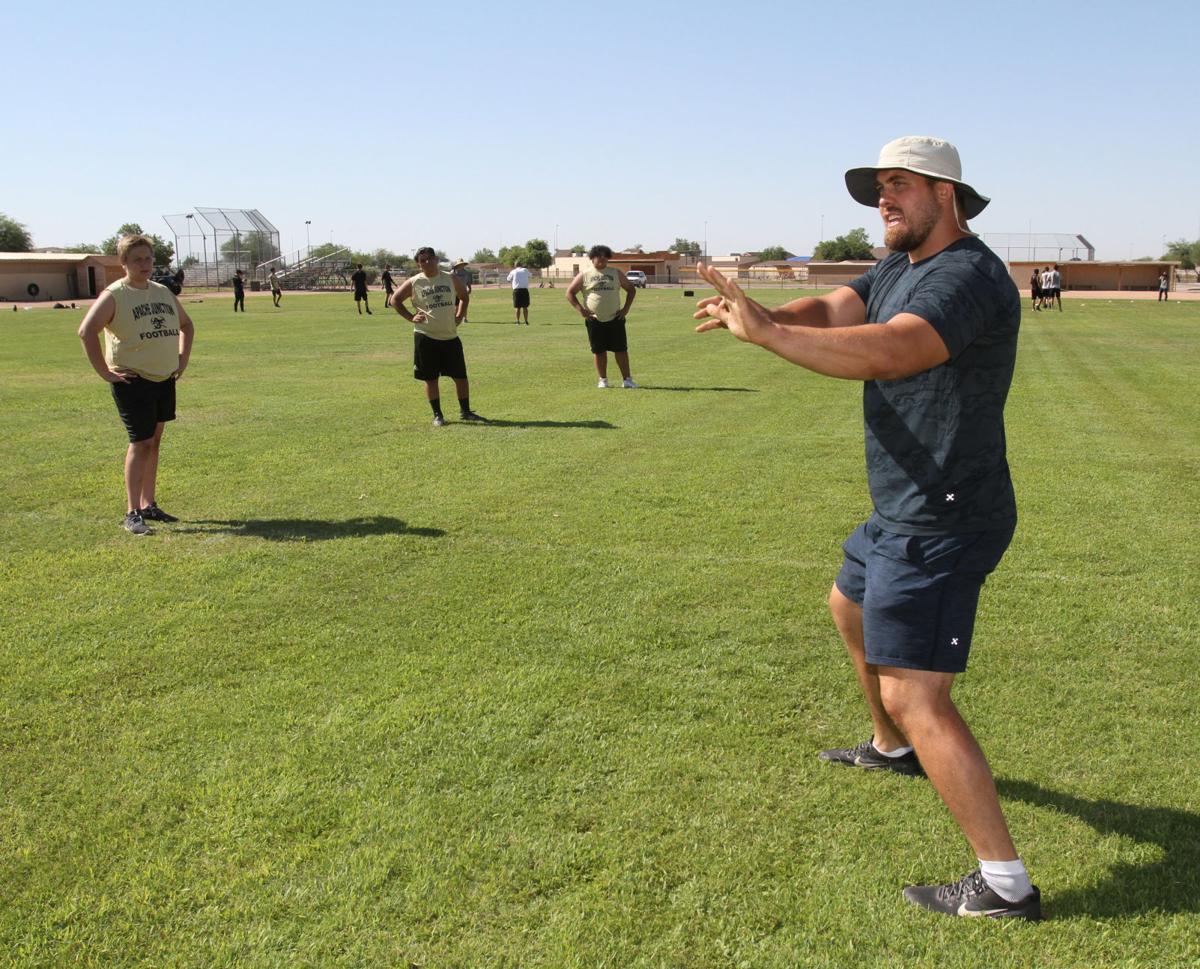 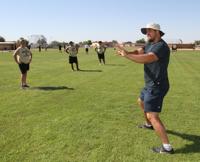 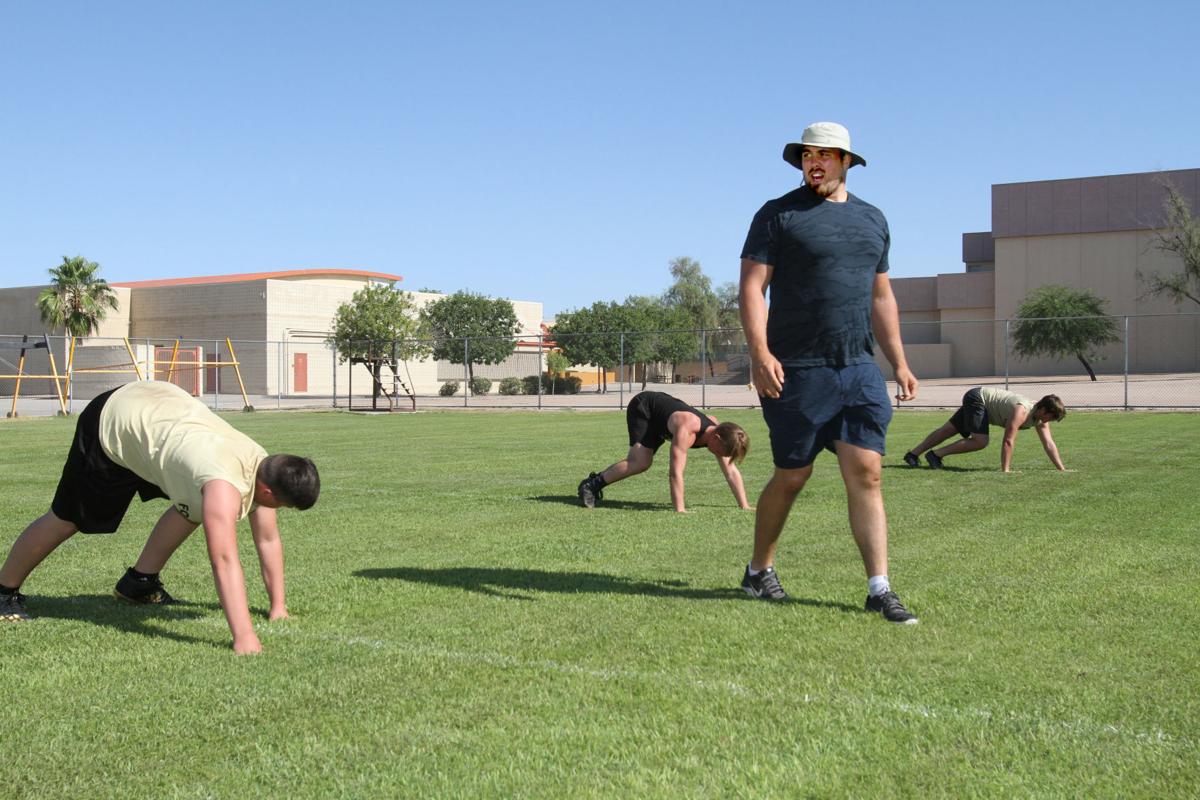 In a pandemic-free world, Ben Garland would likely be spending Thursday morning working out at the San Francisco 49ers team facilities in Santa Clara, California.

Instead, the 49ers offensive lineman found himself in Apache Junction, where his former offensive line coach at Central High School in Grand Junction, Colorado, Bruce Binkley, is now the head coach for the Prospectors.

Binkley invited Garland to come and speak to the players while simultaneously getting some training for himself.

“With the season coming up, we have to train as hard as we can,” Garland said. “Instead of being at the facilities and OTAs and getting ready for minicamp coming up, I thought I might as well take advantage of it. They have a nice gym here, I can work out here and workout with the kids.”

Last month, the NFL gave approval for teams to begin reopening their training facilities. While most teams have done that, the only team that has yet to do so as of last week is the 49ers, leaving Garland and his teammates in limbo while preparing for the upcoming season.

But the idea of working out with a bunch of high schoolers is nothing new for Garland, who was the 2017 finalist for the NFL’s Walter Payton Man of the Year award, which honors players’ humanitarian work in the community. It also fits the mold that Binkley, who took over for Vance Miller as the AJ coach, wants for his program, where being successful doesn’t mean just winning on the football field on Friday nights, but also winning in the community.

The Prospectors, like many high school football teams, were finally able to hit the practice field last week. Binkley said he’s kept the players 6 feet apart as much as he can, and players are bringing their own water bottles. Binkley bought each of his players weightlifting gloves.

On Thursday morning on the practice field at Apache Junction High School, Garland was teaching proper blocking techniques with a small group of linemen.

“I think that’s where I’ve grown in my career is by giving back and teaching. I think when you teach a subject, you learn a lot,” Garland said. “By me teaching these perfect techniques, it will force me to have better techniques and is a great way for me to practice.”

Garland’s sheer presence on the field has been an inspiration for some of the Prospectors players.

Binkley said when he was coaching Garland in high school, he didn’t get any NCAA Division I offers except for one, which was from New Mexico, where Binkley had left to become a graduate assistant.

Instead Garland went to Air Force, where he played football and later went undrafted in the 2010 NFL draft before signing with the Denver Broncos.

“It just shows what hard work and dedication will get you,” Apache Junction senior Cameron Garcia said. “I would say one of the things that really stood out for me was when he said ‘extreme ownership.’ Most everyone just passes it along. ‘I didn’t do that. That was someone else.’ But with extreme ownership, it really humbles a person, and you grow from that.”

For Binkley, Garland isn’t the only former player to make it to the NFL, as he had several others while he was a college graduate assistant, but he’s the only player to make that far from his high school coaching career.

“Ben and I have a great relationship,” Binkley said. “We talk and text all the time, and he’s been talking about how he’s been working out, and I was like, ‘If you are working so much, then why don’t you come down and work out with these kids and see if you can make a difference.’

“I know he’s not going to reach all 45 kids, but he might be able to reach two or three. The biggest thing to me is the more successful people that we get around these boys, the better chance for one of them to be successful.”

It’s a special bond between coach and player that has lasted, as the two men have gone in different directions since Binkley was an O-line coach and Garland was just another high school kid. But as Garland went on to play in Super Bowls and Binkley kept coaching, the player never forgot the impact that his high school coach had on him.

“I didn’t realize how much I appreciated him until I grew up,” Garland said. “He put on workouts every single day. I was up at 4:45 in the morning, and he was there. He was generally caring for us. I can’t image meeting a group of kids every single day at 4 in the morning just because he wanted to see them grow. That’s unheard of. He was really fundamental in my development as a player and instilling that dedication, that hard work to be successful.

“He said he got this new job as Apache (Junction) head coach, and we talked about me coming out here, and here I am.”

When live sporting events all but dry up, we collectively grab onto anything remotely relate…

APACHE JUNCTION — After two seasons of playing varsity football for the Prospectors, Zachary…

PHOENIX — After much hand-wringing and anticipation by coaches and administrators, new regio…