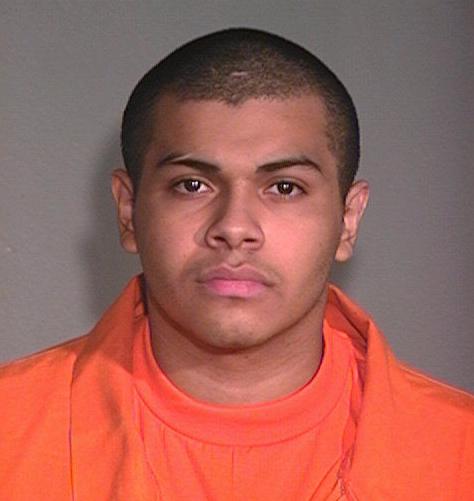 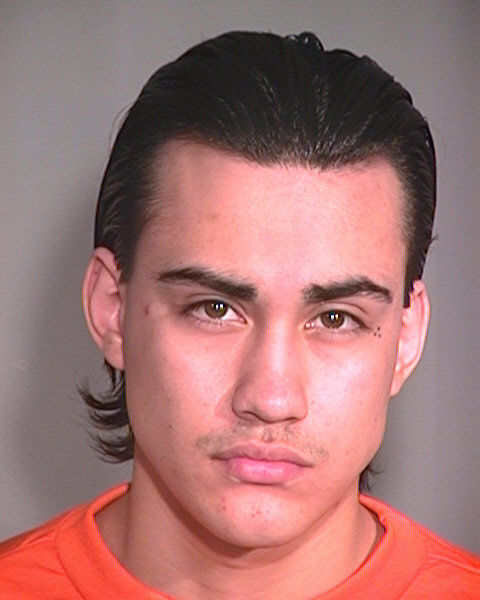 FLORENCE — Nicolas Castillo was 19 when he pleaded guilty to murder and was sentenced to 24 years in prison.

He and his friend, Todd Hoke, were convicted of stabbing 17-year-old Amber Hess to death and disposing her burned body in a rural area near Coolidge.

A decade after he committed the crime, the defendant argues his sentencing may have been “unconstitutional” because the state didn’t take into account his young age.

Castillo filed a post-conviction relief notice in December, asking the Superior Court for another sentencing hearing. According to the notice, the defendant claims the trial court didn’t consider the defense’s mitigating evidence during sentencing.

The notice cites other cases that concluded sentencing courts need to determine whether a juvenile’s crimes reflect “transient immaturity” or a “permanent incorrigibility.”

Speaking to PinalCentral by phone from a prison in Buckeye, Castillo said it’s not that he feels entitled to a resentencing, he just wants a chance to get out and do something with his life.

The defendant said 24 years seems like a “fair” sentence for his crimes and he’d be content fulfilling his sentence.

“I know what I did was completely wrong,” Castillo said.

The death of Hess made news across the country. Former Pinal County Sheriff Chris Vasquez remembers the crime being especially senseless and brutal.

“It just didn’t make sense to me,” said Vasquez, who is now chief of police in Eloy.

The Sheriff’s Office was dispatched to the Hess home on June 24, 2007, after Hess’ parents discovered her missing. At the family’s home, a water hose was left running, Amber’s bedding was missing and a large amount of blood was on the kitchen floor.

Investigators recovered evidence suggesting someone tried to cover up a crime scene — paper towels soaked in dry blood were found in a garbage can and a kitchen window was covered with a pillow case.

Hess’ friends began talking to investigators, one of whom mentioned a 16-year-old boy named Todd Hoke. According to court documents, Hess liked Hoke, but he reportedly didn’t like her.

Hoke told the Sheriff’s Office he last talked to Hess on June 22, when they made plans to go to the movies. He said he and his friend, Castillo, waited several hours for Hess but she never picked them up.

But phone records indicated Hess’ cellphone made calls to Hoke’s home on the days after Hoke said he last spoke to the missing girl.

On June 25, charred remains were found in a desert area north of Coolidge. Dental records confirmed the body was that of Hess. She was extensively burned from her head to mid-thigh area. The purple nail polish on her toenails was still detectable.

Two sets of footprints and tire tread impressions were found near the body, but Hess’ car was missing. Vasquez said his office soon got a tip from a couple who spotted the missing vehicle, smeared in blood, about two blocks from Hoke’s home.

Hoke and Castillo were taken to the Sheriff’s Office for questioning. Hoke maintained his story, but Castillo confessed to helping his friend kill Hess.

Castillo told investigators Hoke had been planning to kill Hess for some time and planned to do it on a night when her parents would be out of town.

According to court documents, the three of them were at Hess’ house in Queen Creek watching a movie and Hoke kept signaling Castillo to “make a move” on Amber. Castillo grabbed an electric cord and began choking Hess with it. She broke free and attempted to escape.

Castillo said Hoke grabbed the girl’s hair and pulled her to the ground and started hitting her with a flashlight. Castillo retrieved a small kitchen knife and proceeded to stab Hess in the chest. Hoke then grabbed the knife and stabbed her multiple times in the neck.

The teenage boys fled in Amber’s car and returned later to wrap the victim’s body in a blanket and move her to a desert area near Coolidge. They poured gasoline on her body and lit a match.

Ten years later, Castillo told PinalCentral he’s still not completely sure why they did it. At first, he said it was tied to Hoke’s relationship with Hess. But over time, Castillo said he questions that motive.

He claims he didn’t want to kill Hess and he never imagined himself ever committing such a crime.

“If I could take that day back, I would,” Castillo said.

There was a theory that the boys killed Hess because she was pregnant with Hoke’s baby and he didn’t want it to interfere with his other relationships. Court documents show Hess was not pregnant at the time of death but her uterus did contain a placenta and sections of an umbilical cord.

Medical experts concluded the pregnancy ended more than 12 to 24 hours before the time of death. Testing of the placental tissue determined Hoke likely fathered the unborn child.

Regardless of the motive, Hess’ death greatly impacted the lives of her friends and family. Many of them submitted letters to the Superior Court in 2010, when the defendants were sentenced, describing Hess as someone who brought happiness to everyone she knew.

“I have a huge gaping hole and I can’t fill it and I can’t make it go away,” Hess’ parents stated in court documents.

Hess’s mother declined to be interviewed by PinalCentral.

Both boys pleaded guilty to murdering Hess. Hoke was sentenced to life in prison, and Castillo got 24 years for pleading guilty to second-degree murder. Hoke committed suicide in 2013 while in prison.

Castillo said he feels he’s been rehabilitated during the time he’s spent in prison and is trying to complete a GED. If he were to receive a shorter sentence, Castillo said he would spend as much time as possible with his family.

She told PinalCentral such petitions don’t move very fast, and it will take her some time to review all the documents and exhibits in Castillo’s case. She said there have been delays in the court sending documents so she’s still familiarizing herself with the facts of the case.

For Pinal County’s former sheriff, the death of Amber Hess remains one of the most haunting crimes of his long career in law enforcement.

“It was really a shock to the community,” Vasquez said.