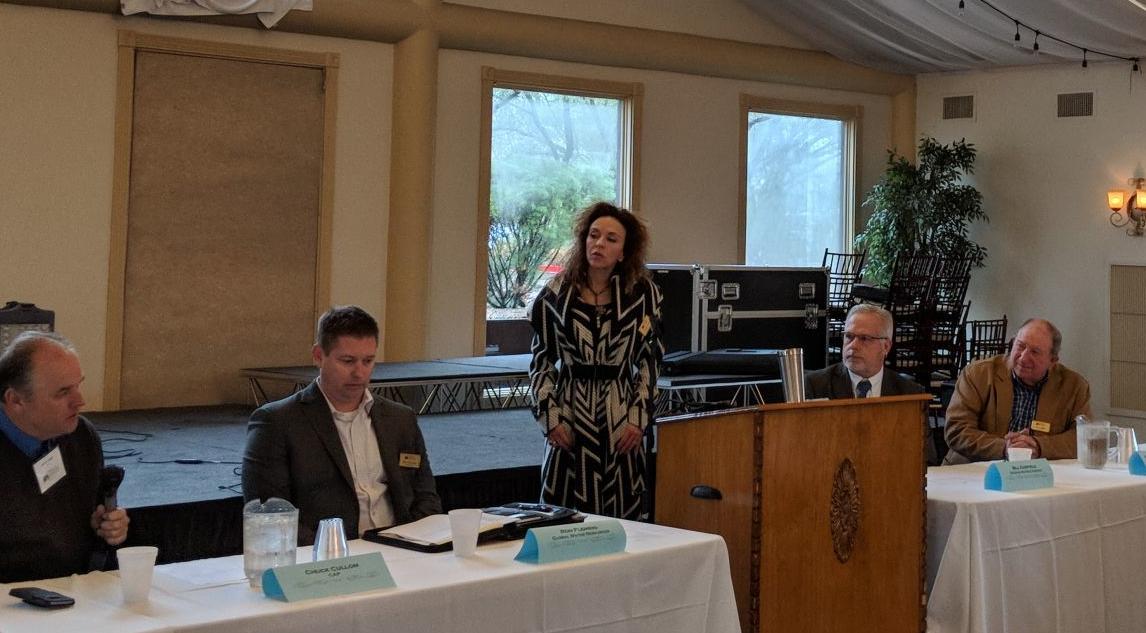 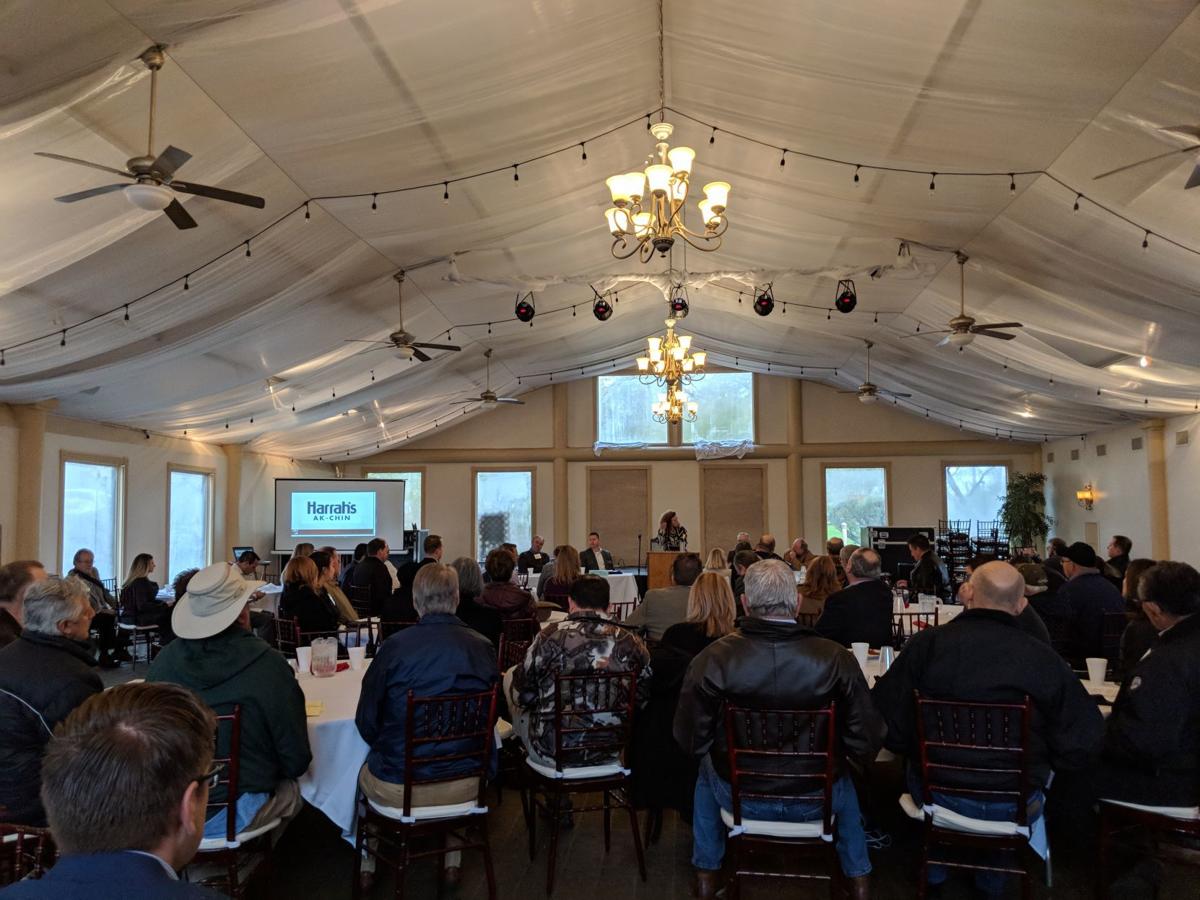 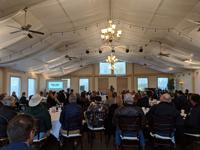 Dozens braved the cold, rain and sleet to attend a panel discussion on drought Friday morning in Gold Canyon, sponsored by Pinal Partnership.

Dozens braved the cold, rain and sleet to attend a panel discussion on drought Friday morning in Gold Canyon, sponsored by Pinal Partnership.

GOLD CANYON — Steady rain and some sleet made an ironic backdrop for a discussion on drought Friday in Pinal County.

During the monthly meeting of the Pinal Partnership, held at Gold Canyon Golf Resort, attendees heard discussions on all things to do with water and how it affects growth and agriculture in Pinal County. Panelists included Chuck Cullom of the Central Arizona Project, Ron Fleming of Global Water Resources, Bill Garfield of Arizona Water Company and Pinal County Supervisor Steve Miller, R-Casa Grande.

The panel agreed more needs to be done to address Arizona’s water issues, which include not only a lowered water table but the potential loss of water allotment from the Colorado River. But when Miller asked whether it was time to address the “800-pound gorilla in the room,” he was met with skepticism.

“Are we at that finite number of people in Arizona?” he asked.

Fleming, from Global Water, said: “No, I don’t think we’re at that point where I think growth needs to stop.”

However, he added, current residents have a duty to ensure that doesn’t happen, and he called for a “unified voice” on long-range planning, noting that’s what a current Eloy and Maricopa-Stanfield Basin Study is intended to do — offer a regional approach to identifying the issue and finding a solution.

And Garfield, from Arizona Water, said Arizona isn’t at the point of limiting growth, but he said all parties need to work together to find solutions to two issues: increasing the physical supply of water and how to effectively get that supply to users.

Miller noted that the CAP did exactly that 40 years ago, and said another “crazy” solution is in order now.

“The idea of a 300-mile canal across the desert probably sounded crazy, but it worked. We need to think big like that again,” he said.

For several years, local, county, state and tribal leaders have been trying to work with the federal Bureau of Reclamation on a Drought Contingency Plan, a plan that would allow all entities to craft a plan and list of priority users for the ever-diminishing water that is allotted to seven states and Mexico from the Colorado River.

CAP’s Cullom said there have been numerous erroneous news pieces about the DCP and said unequivocally: Arizona has met the deadline set by the federal government and is set to sign an interstate agreement.

However, because there are between 15 and 18 other entities with a stake in the process, including counties and tribal governments, those other stakeholders need to feel comfortable with the plan before moving forward.

Cullom noted that California hasn’t signed off on its plan and predicted the Golden State will be unable to make the March 4 deadline set forth by the Bureau of Reclamation.

Closer to home, the Arizona Department of Water Resources also has been working on creating a new model of the groundwater that Arizona has. The model helps the agency determine how many certificates of assured water supply to dole out to developers of residential and commercial projects.

In the end, the panel was asked by moderator Jordan Rose to explain the current state of Pinal’s, and Arizona’s, water situation in one word, with answers including hopeful, complicated and collaboration.

But it was Rose who summed the discussion, and the state of water, up in one sentence: “We have a lot of opportunity.”

GREELEY, Colo. — The seven states that rely on the Colorado River for water haven’t been abl…

SANTA MONICA, Calif. – Arizona and California aren’t done with finalizing a plan that would …

Pinal farmers will be first to take water cut under plan

COOLIDGE — Water users heard from state and local leaders Monday on the future of water for Pinal County.

TUCSON — The University of Arizona James E. Rogers College of Law is hosting a panel to examine the background and details of Arizona’s recent…