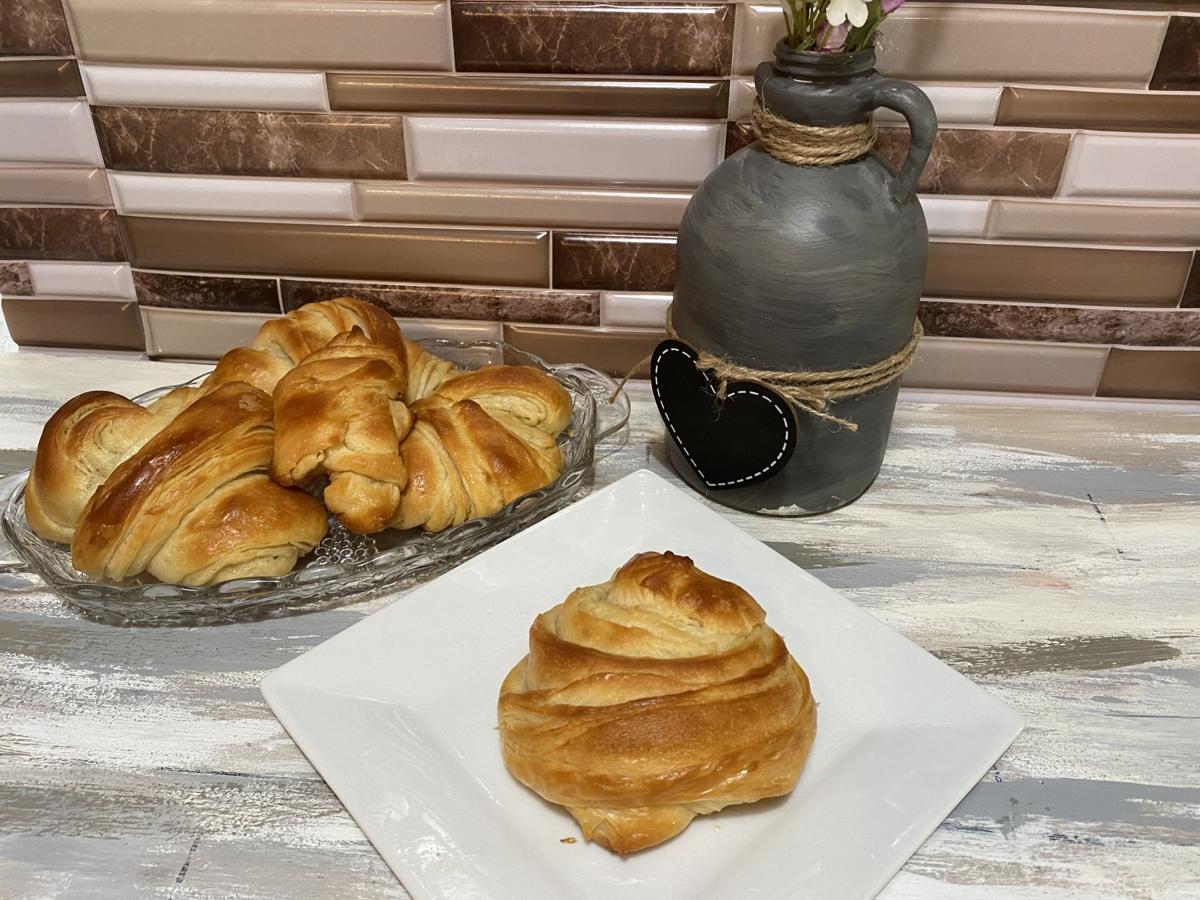 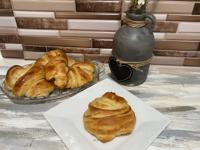 Croissants are not technically difficult to make but they do require a bit of patience and respect for the dough. 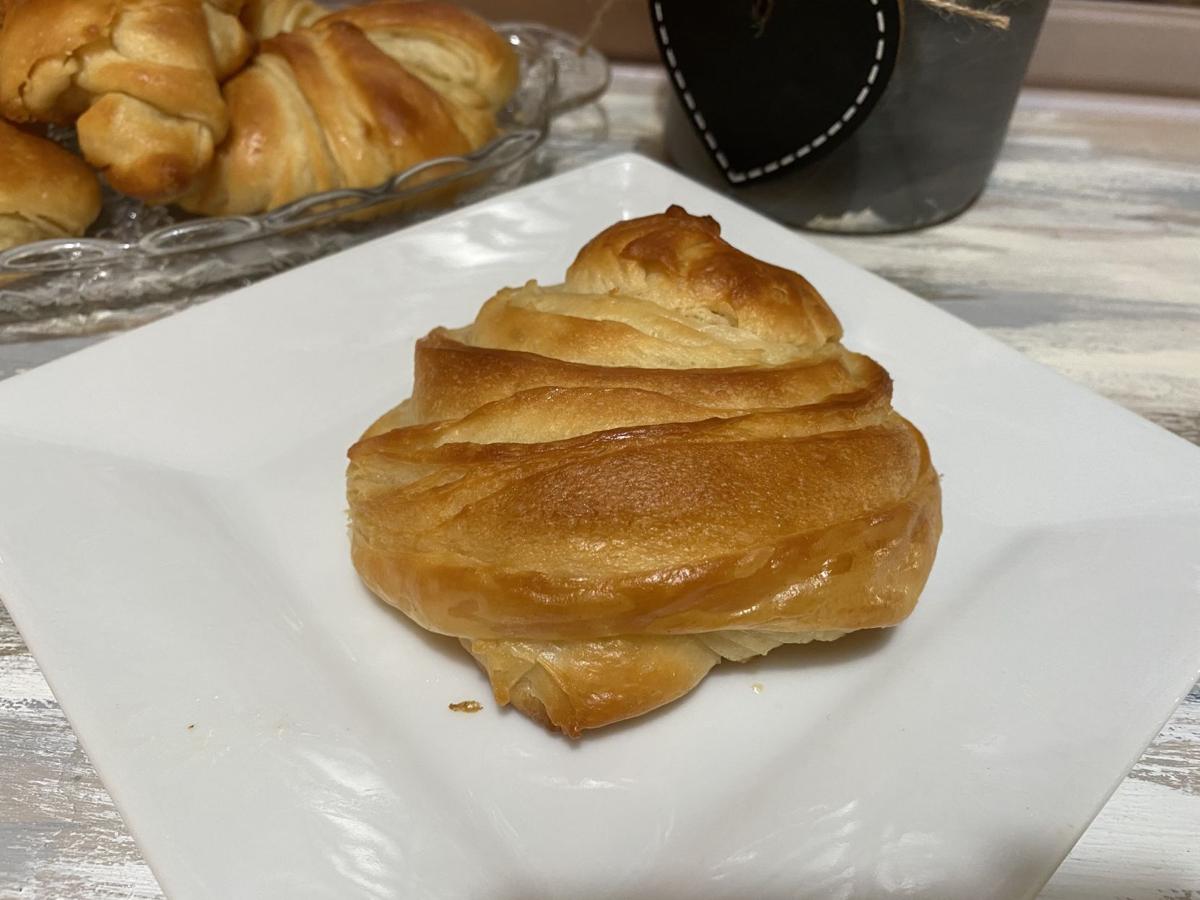 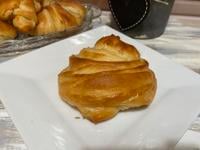 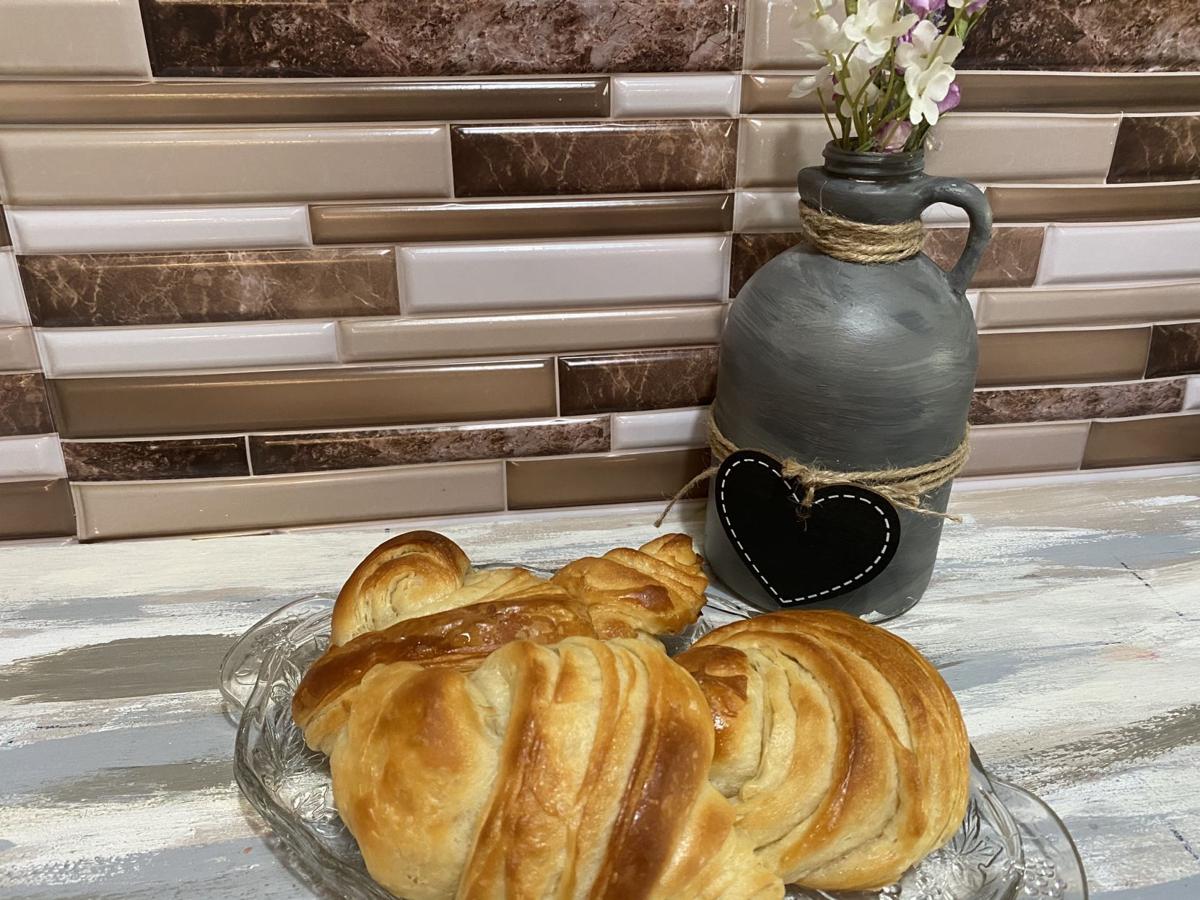 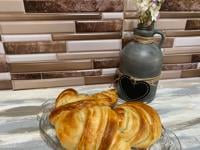 Croissants are not technically difficult to make but they do require a bit of patience and respect for the dough.

Few things are produced in my kitchen that are more satisfying than homemade croissants.

Croissants are not technically difficult to make but they do require a bit of patience and respect for the dough. And they can be intimidating, especially for those of us who are not professional bakers and have no formal culinary experience.

In “The French Chef Cookbook,” Julia Child devotes three pages to making croissants by hand. That alone is intimidating. The first half of the directions instruct readers how to make the basic bread dough.

Croissants start out as a basic yeast bread dough.

What separates standard bread dough from croissant dough is the butter, which is carefully rolled into the dough to create the flaky layers.

About halfway through Child’s description of making croissants in “The French Chef Cookbook” she tells readers that they can omit the whole dough-making step by starting with a premade frozen bread dough and the butter into the dough. It’s a great shortcut.

But with a stand mixer, the dough is easy enough to make from scratch.

Although croissants date back to the 13th century, the modern croissant — the kind we generally buy at bakeries and grocery stores — wasn’t developed until the early 20th century.

If Renaissance-era bakers could turn out batches of the flaky dough, then certainly our modern kitchens must make the job easier.

There are a few tricks that make preparing croissants easier, whether using a store-bought dough or a handmade one.

The first trick is to ensure that the butter and dough are chilled but not too cold. If the dough is too cold, it can be tough to work with.

Using gentle pressure when rolling the dough prevents tearing and allows the butter to be evenly distributed throughout the dough.

Adding a pan of hot water to the oven while the croissants are cooking increases the steam and humidity in the oven, helping the rolls achieve their unique texture.

It’s also helpful to research croissant-making and compare different techniques and recipes from those who make the pastries professionally.

While the croissants we make are delicious and they’re one of our favorite things we bake — they disappear fast when we make them — they’re not professional-grade.

The Julia Child method is a great reference when making croissants for the first time.

When making croissants the last few times, I followed a YouTube video from “Benny’s Baked,” using the recipe and instructions in his video, which is slightly different from the Julia Child technique.

Making croissants is an art form. And although it takes time, practice and patience to get them right, they are well worth the effort.

Place all dough ingredients in a stand mixer except the butter. Turn on mixer and allow ingredients to mix well.

Add the 3 tablespoons of softened butter once a shaggy dough forms. Allow the mixer to run for several minutes, mixing the ingredients and performing the first round of kneading.

Move dough to a bowl or a parchment-lined pan, cover with a tea towel and allow to sit (in the refrigerator) overnight or for at least eight hours or longer.

Make the butter slab by rolling the butter into a thin square between two pieces of parchment paper. Transfer to a medium-sized plastic zipper bag and refrigerate.

Eight hours later, the dough should be tripled in size. On a parchment-lined surface, dusted with a little bit of flour, roll into a rectangle.

Place the dough in the refrigerator to proof again, either overnight or at least eight hours. The slow fermentation allows the gluten time to fully develop and adds flavor.

Eight hours later, about 20 minutes before rolling again, take the butter laminate out of the refrigerator and allow to soften slightly.

Roll the butter a few times until it’s malleable. The texture of the butter must be the same as the dough.

Once the dough has finished, roll it until it’s a rectangle about twice the size of the butter slab.

All sides of the dough should be flush with butter like a sandwich.

Tap the dough first before rolling with the rolling pin to distribute the butter.

Roll out the dough to about 60 centimeters.

Fold the dough by bringing each 1/3 end inward to meet the center. Flatten out the dough with a rolling pin and then close it in half right at the middle like a book. Roll.

Repeat the folding and rolling process, being careful not to tear the dough.

Allow the dough to rest in the fridge for at least one hour.

Take out of the fridge five minutes before rolling so the butter is not too hard. If you roll it straight away the butter layers will shatter.

Roll the dough to about a thickness of 4 millimeters and a size of about 50 by 35 centimeters.

Trim off all sides to create straight edges.

Roll the croissant dough upwards from the bottom of the triangle as the base.

Place on parchment paper-lined pan and brush rolls with milk before proofing them. Proof for about two hours.

Brush them again with milk before baking.

Place a tray of steaming water on the bottom rack of the oven for heat and humidity.

Transfer them to a wire rack to cool.