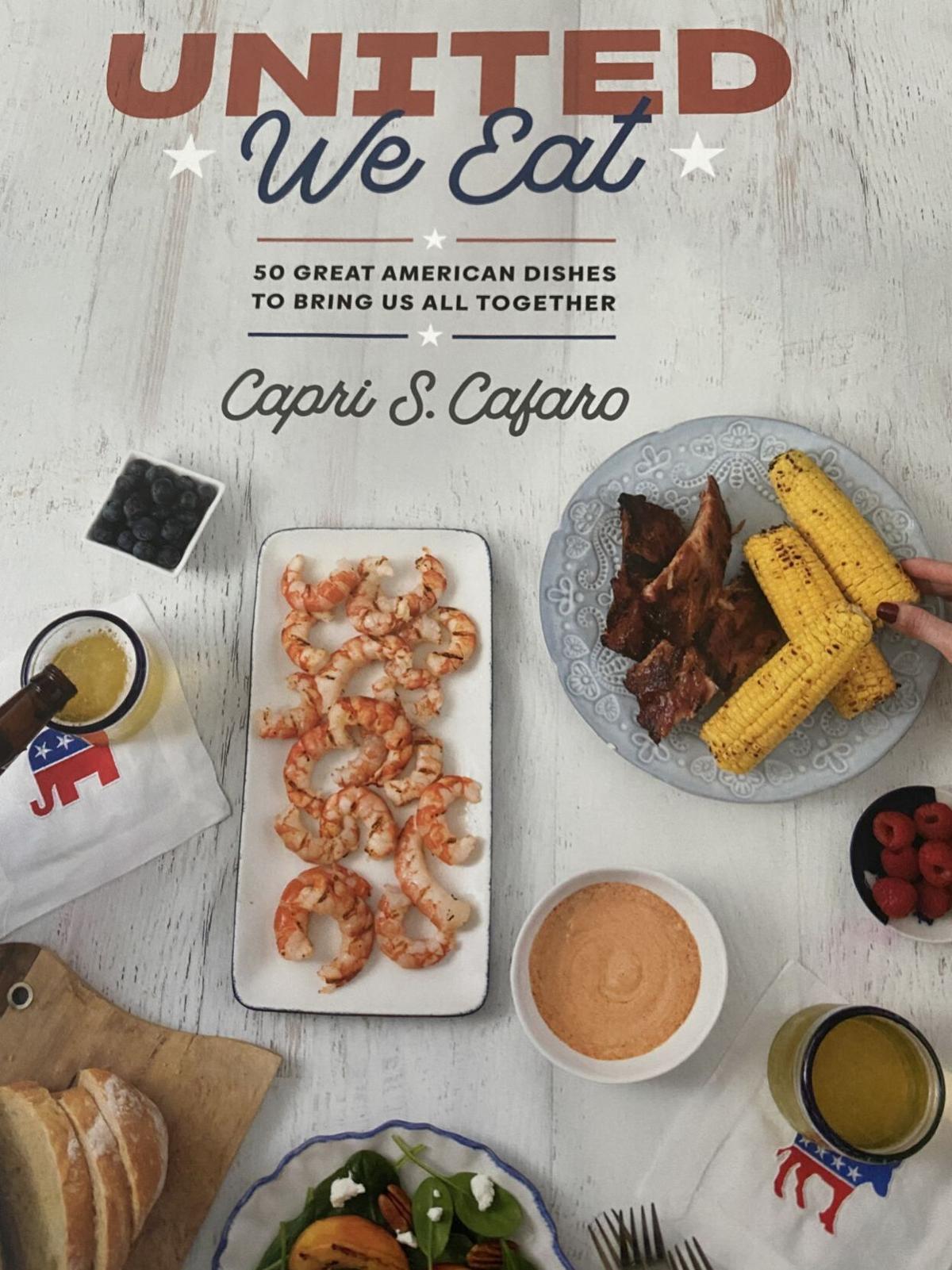 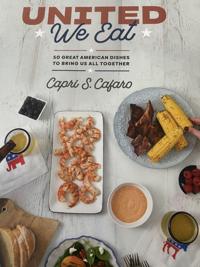 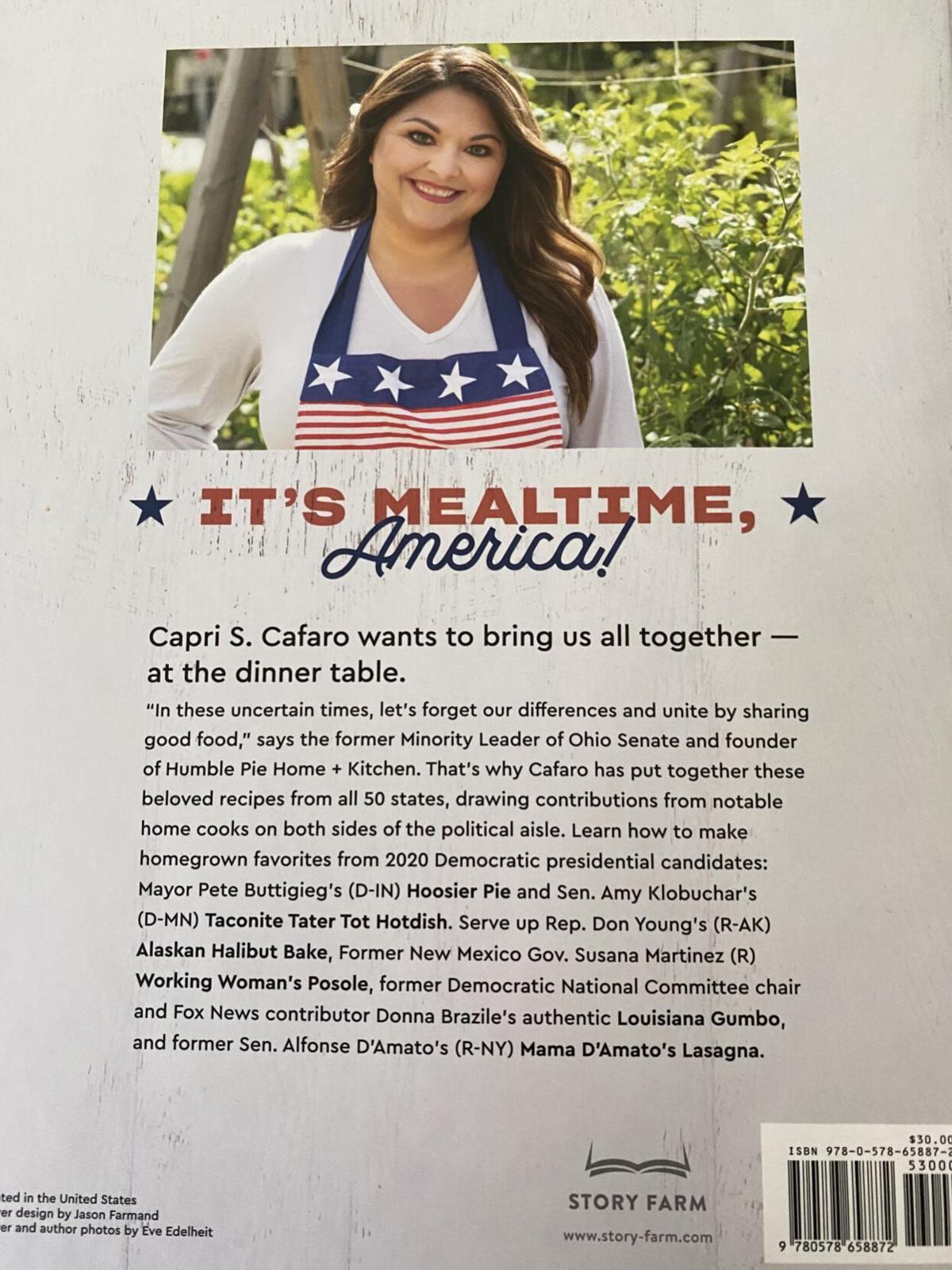 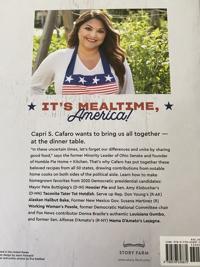 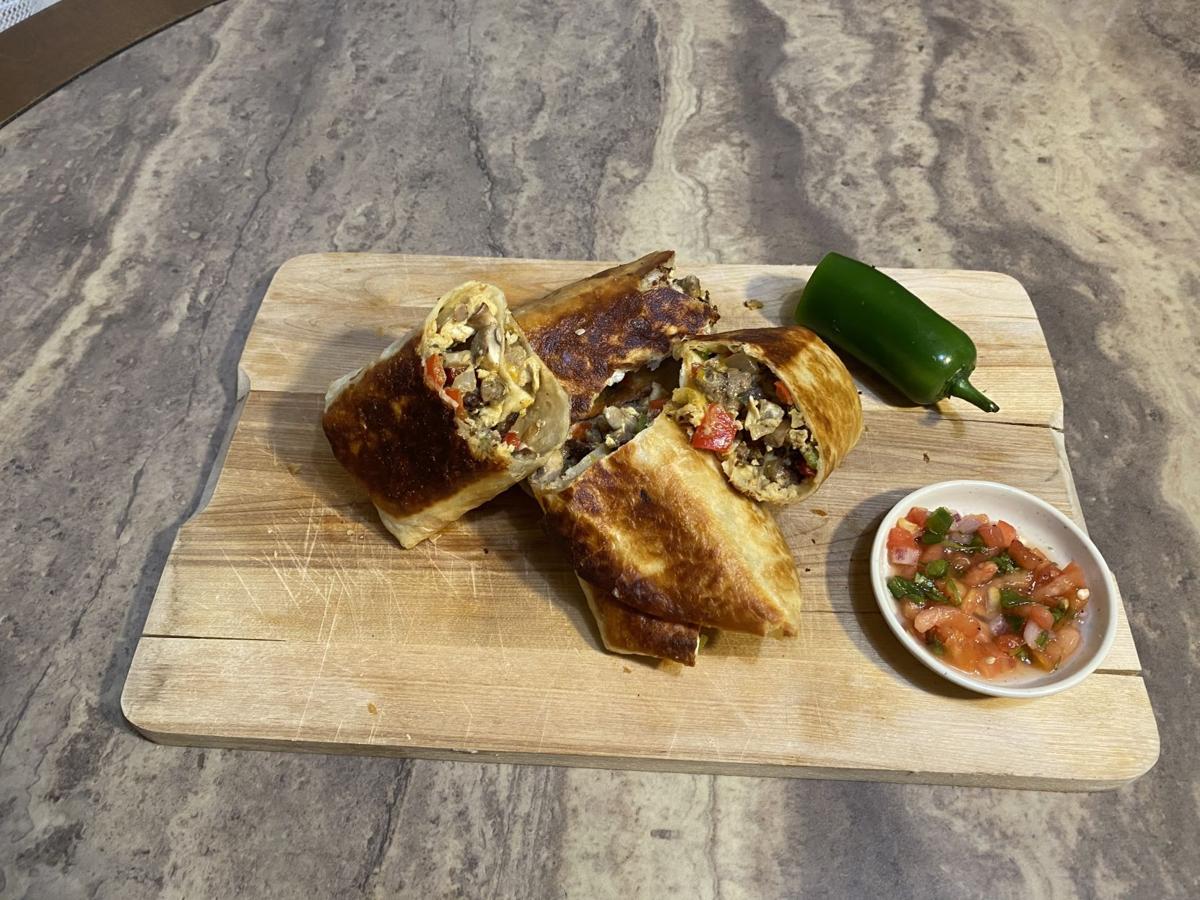 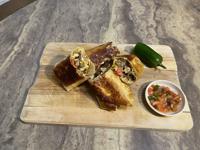 This crispy breakfast chimichanga is easy to make. 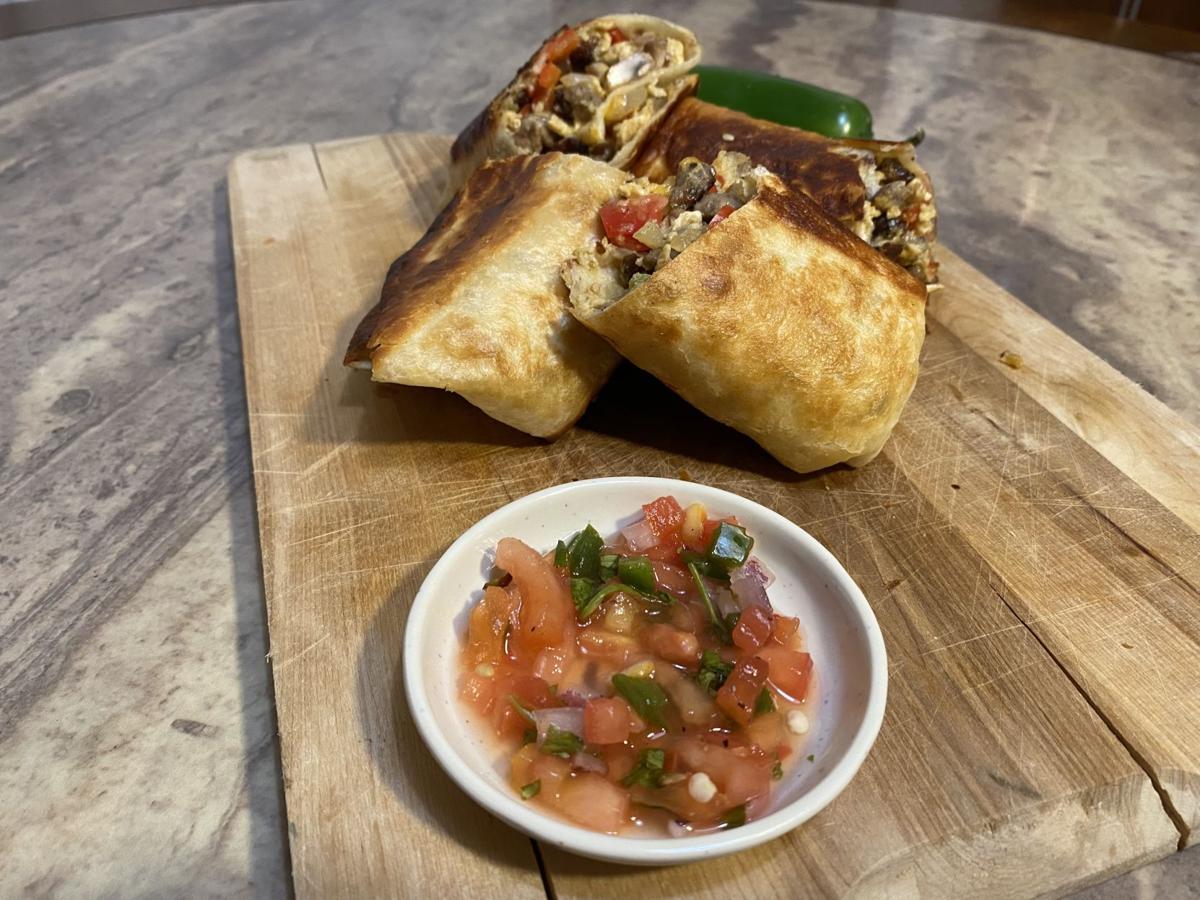 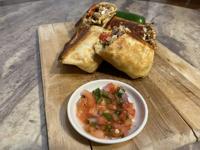 This easy to make breakfast chimichanga is slightly spicy.

This crispy breakfast chimichanga is easy to make.

This easy to make breakfast chimichanga is slightly spicy.

When Capri Cafaro was a legislator in Ohio, she would often celebrate bipartisan legislative victories by baking a pie to share with her fellow lawmakers.

After 10 years as a state lawmaker in Ohio, she’s been out of politics for about four years and recently completed a book celebrating bipartisan recipes from across the country.

“United We Eat” includes 50 recipes representing each state, submitted by Republicans and Democrats.

The recipes, she said, highlight that people of opposing sides of the political aisle can always find common ground through food.

“Food is a common denominator,” she said via a phone interview. “It makes people relatable. Even though you might not like a particular politician’s views or politics, you might like their food and that sets the table for compromise.”

In uncertain times and amid a contentious election season, she said food can bring people together.

“I have always believed a good meal can warm hearts and help people connect,” she said. “And I think this book puts politicians in a different light.”

“United We Eat” features recipes that represent each state. In some cases, the recipes were contributed by lawmakers or politicians including Democrats and Republicans.

The book gives insight into the foods eaten by such people as New Mexico Gov. Susana Martinez, Wyoming Gov. Mark Gordon or former presidential candidates Pete Buttigieg and Amy Klobuchar, among others.

Arizona is represented in the book under breakfast recipes. The recipe “breakfast chimichanga with turkey sausage and jalapeños” was not submitted by an Arizona-based political figure but was developed by Cafaro.

“There are several states where I researched the food in the area and developed the recipe,” she said. “Through food, this cookbook tells our nation’s story.”

“Wheat is a big crop in Arizona (including Pinal County),” she said. “I wanted to include a recipe that was inspired by the Sonoran and Mexican traditions and included some of the folklore.”

Although not a classically trained chef, Cafaro grew up cooking with her grandmother. In her grandmother’s kitchen, she said, she developed an appreciation for food and storytelling.

She is a longtime participant in county and state fairs and said she often submits pies in competitive events.

“When I made pies for my fellow legislators, the pies became a symbol of bipartisan victories,” she said. “I hope this book and the recipes in it can become a symbol of our nation’s collaborative spirit.”

Simple or Not Kitchen put the Arizona recipe from the “United We Eat” cookbook to the test. A crispy and slightly spicy breakfast chimichanga, the recipe uses turkey sausage, veggies and cheese rolled into a flour tortilla, then fried until it’s crisp and golden.

The recipe was very easy to follow and the results were super yummy to eat.

“United We Eat” is available on Amazon.

salt and pepper to taste

In a large skillet, melt butter on medium-high heat.

Season with salt and pepper to taste.

Cook while regularly stirring until eggs and mixture are set.

Remove from heat and spoon egg mixture to the center of the tortilla. Top with cheese. Fold in sides, ensuring the mixture stays inside the tortilla.

Pour at least 4 inches of oil into a frying pan over medium high heat and heat until oil reaches 350 degrees.

Fry entire tortilla in hot oil until crisp on both sides, about three minutes per side.

Simple or Not Kitchen, United We Eat