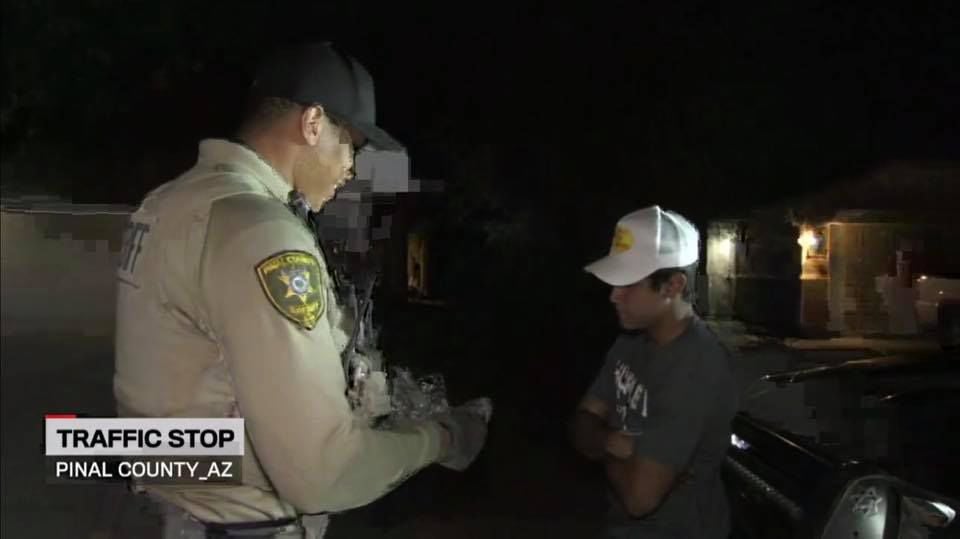 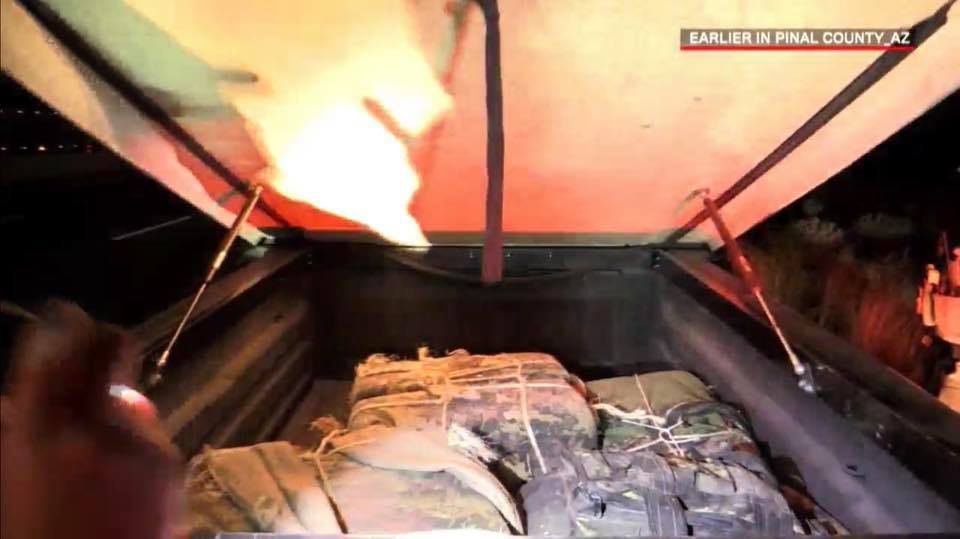 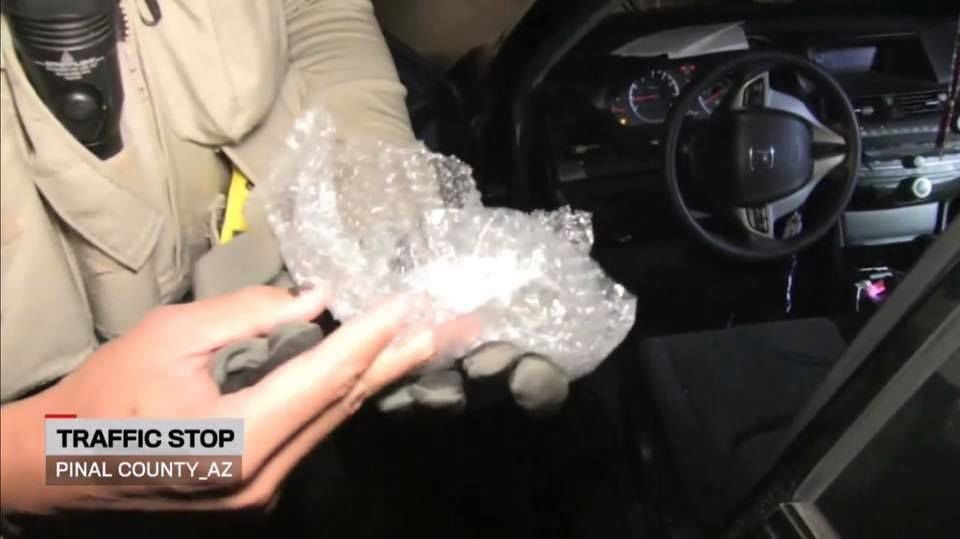 Drugs are found by a Pinal County Sheriff’s Office deputy Jan. 6 during a traffic stop. 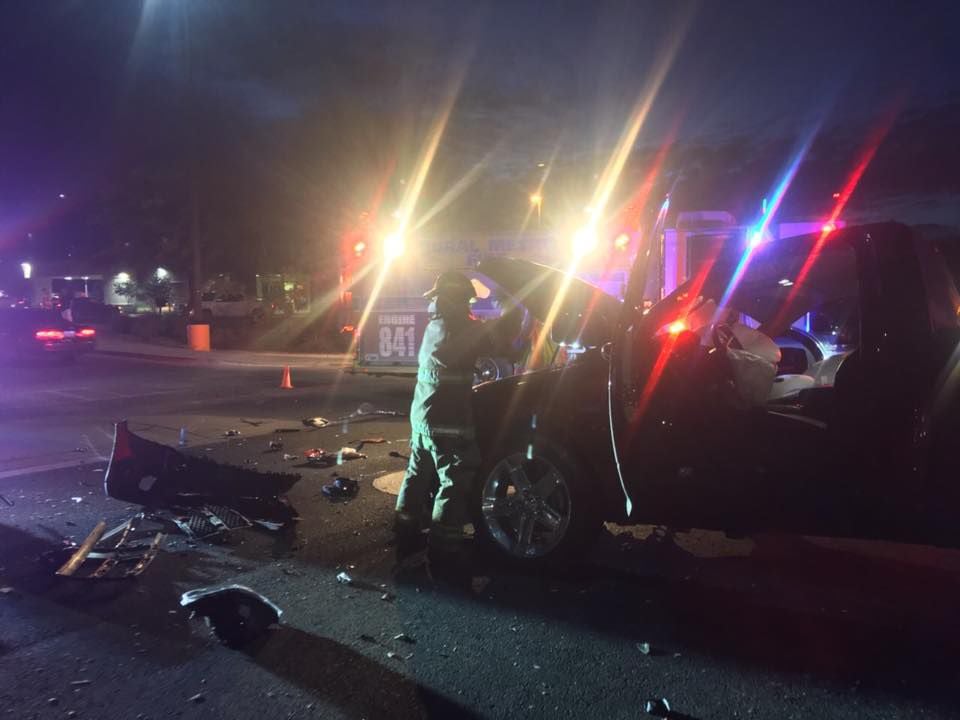 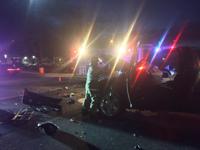 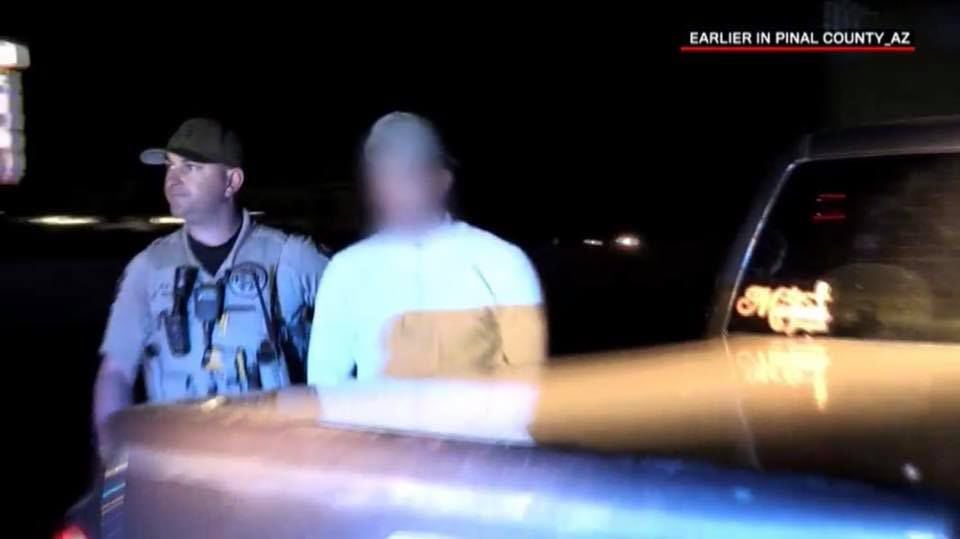 Drugs are found by a Pinal County Sheriff’s Office deputy Jan. 6 during a traffic stop.

FLORENCE — Several months into a contract with a reality television show, Pinal County’s sheriff says the partnership is a benefit.

Mark Lamb said the agreement between the producers of the show, “Live PD,” and the deputies on the screen is “positive.”

“We like it. We’re very pleased with it,” Lamb told PinalCentral.

One of the positives, Lamb said, is that the show has been great for recruiting new and lateral deputies.

“There’s a lot of people in Arizona who don’t know where Pinal County is, let alone in the rest of the country,” Lamb said. “So it’s really helping our profile.”

And while Lamb maintains the show is helping boost Pinal County’s image, several other law enforcement agencies in the United States recently have announced their intentions to withdraw from the live-action show, citing economic development concerns.

Police departments in Bridgeport, Connecticut, Tulsa, Oklahoma, and Streetsboro, Ohio, decided not to renew their contracts to be on the program since it premiered in October 2016, as some local government leaders concluded the national spotlight on criminal activity overshadowed the positive things happening in their hometowns.

Another department, the Greenville County Sheriff’s Office in South Carolina, ended its run on the show in August, saying deputies needed a break from the cameras.

Troopers with the Arizona Department of Public Safety were featured on the first season of the show but ended their agreement with Big Fish Entertainment after the season.

“DPS began participating in the A&E show to give America a glimpse into the day-to-day life of an Arizona state trooper and showcase to the public the great work law enforcement performs daily,” DPS spokesman Bart Graves told PinalCentral. “After the first season of ‘Live PD,’ we completed over 60 episodes while originally signing up for 12. Much evaluation went into the decision to not return to ‘Live PD.’ The agency and ‘Live PD’ parted on very good terms and we enjoyed our time on the show but felt it best to not continue at this time.”

In Pinal County, there hasn’t been any feedback on the matter, positive or negative, according to Pinal County spokesman Joe Pyritz.

“We have gained a few twitter followers who are big fans of the show. As for any other effects, I can’t say that the show has helped or hurt economic development efforts,” Pyritz said. “I have not received any emails positive or negative about the show. I’m actually kind of surprised by that.”

“Live PD” follows a group of law enforcement officers on routine calls on Friday and Saturday nights and plays them — almost live — to viewers.

In Pinal County, Lamb said the producers have settled on a few deputies who have a good on-camera presence.

“We’re portrayed in a good light,” Lamb said. “The deputies are a lot more comfortable with it.”

Lamb said PCSO already is seeing the benefit through name recognition and recruitment, saying his office has been contacted by officers and others looking to receive information on joining PCSO. The agency has approximately five positions to fill, Lamb said.

Whether the contract with “Live PD” will be renewed remains to be seen; however, Lamb said he “sees no reason why we wouldn’t.” County Supervisor Steve Miller, R-Casa Grande, said, “The renewal will be initiated by the sheriff; it will be his call.”

Miller said none of the deputies had reached out to him on whether they liked participating in the production. But as for Miller, he had his own take on the show.

“I have only seen it one time on TV, I watched it for maybe three minutes. It was slow and boring,” Miller said.

One of the more disturbing trends in our fast-changing world has been the blending of marketing, business and entertainment with government an…

FLORENCE — Deputy Jeff McElwain wanted nothing more in life than to be a cop — he didn’t have a plan B. Now he is living that dream working wi…

FLORENCE — An advance trailer for a television series that had civilians go undercover and pose as Pinal County jail inmates has been released.

FLORENCE — A television series that has civilians go undercover and pose as Pinal County jail inmates premiers Thursday at 10 p.m. on the A&am…