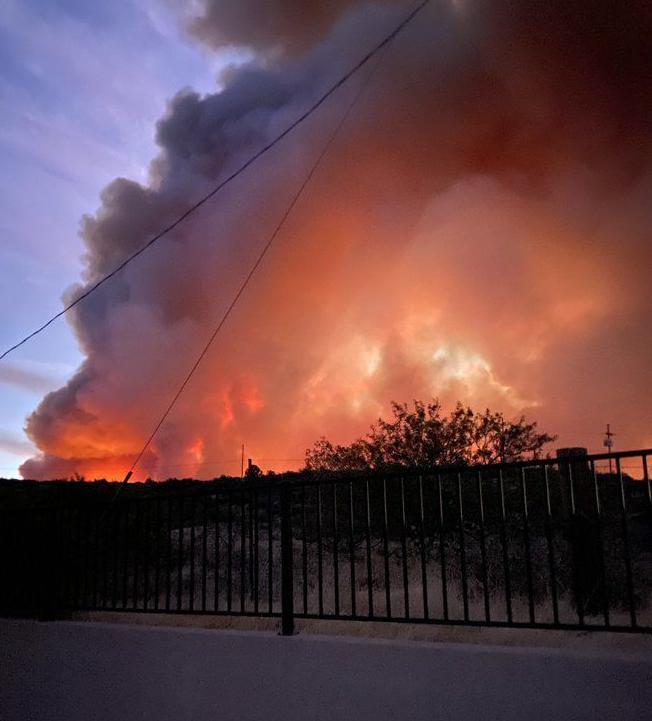 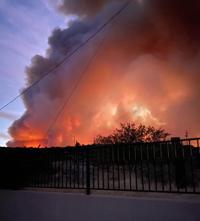 Flames could be seen Monday night from the front yard of state Rep. David Cook’s home in Globe. 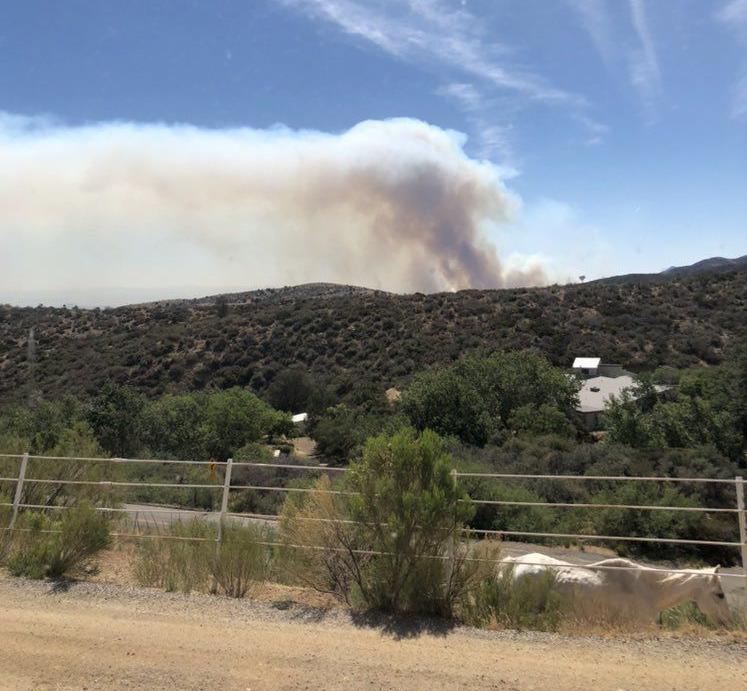 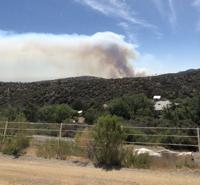 This was the view of the Telegraph Fire on Sunday from Rep. David Cook’s front porch in Globe.

Flames could be seen Monday night from the front yard of state Rep. David Cook’s home in Globe.

This was the view of the Telegraph Fire on Sunday from Rep. David Cook’s front porch in Globe.

GLOBE — In the midst of casting the deciding vote against a massive tax cut for wealthy Arizonans that doomed a Republican-led budget proposal Monday, Rep. David Cook got word that his family had been ordered to evacuate their home in Globe due to the approaching Telegraph Fire, which has reached over 56,000 acres.

The vote was forced by Republican leaders to publicly pressure Cook into supporting the budget. The second-term Republican has opposed the $12.8 billion spending package because of the enormity of the tax cuts, which would cut $1.9 billion from state coffers every year by replacing the state’s progressive income tax with a flat tax.

“I was brought away from my home to vote on bills that did not have the votes in the house or senate on purpose to be on record,” Cook wrote on Twitter along with a photo of the fire in the background. Cook also shared a photo from his driveway showing the fire just west of his property.

Both legislative chambers stopped work late last month after failing to garner enough Republican votes to pass the budget plan. But House GOP leaders scheduled Monday’s vote, despite not having the support of all 31 Republicans needed for the spending package to pass. In response to the pause, Gov. Doug Ducey announced that he would not sign any legislation until he receives a budget and vetoed 22 unrelated bills to back up his threat.

The flat tax proposal would replace Arizona’s graduated income tax brackets with a flat 2.5% rate. Individuals who earn at least $250,000 per year and are subject to an additional 3.5% surcharge that voters approved in November would pay 4.5%, getting a lower underlying rate to offset the effect of Proposition 208.

Cook has said for weeks that he opposes the tax cut because of the effect it will have on cities and towns, which receive a portion of state income taxes and are barred from implementing their own income taxes. He has said he would support only $500 million in cuts, or about a quarter of what Gov. Doug Ducey and Republican legislative leaders are pushing.

On Monday, Cook voted against the proposal, saying that a slew of amendments and changes were not enough to win over his vote.

“Just asked Diana to fill up this water truck and the 5,000 gallon tank across the street to protect our barns,” Cook tweeted out Monday afternoon. Arizona Mirror overheard Cook say on the House floor that his wife signed a paper saying that she wouldn’t be evacuating from the area.

When reached by the phone Monday afternoon, Cook confirmed his family intended to ride out the fire without evacuating, and said he was buying up “all the 2-inch fire hose” he could in Phoenix before finding an alternate route to Globe due to road closures caused by the fire. The lawmaker said he was planning on meeting his son and had been in communication with other local leaders about the fire and its impact on the small communities in the area.

“I wish more people cared about what is going on in that community,” Cook said, adding that firefighters have been having issues finding lodging as the community of roughly 7,300 has reached capacity at its hotels. The lawmaker said he had been planning to use his home to house firefighters, but the evacuation order has changed those plans.

“We are kinda locked in,” Cook said about the community, adding that he is urging those in the area to “stay safe and stay vigilant” and keep an eye on emergency services.

The Telegraph Fire started south of Superior and is currently 0% contained. It started on June 4 and it is believed to be human caused but is currently under investigation.

Jerod MacDonald-Evoy is a reporter for the Arizona Mirror, a non-profit Arizona news organization.

SUPERIOR — A fast-moving wildfire south of Superior had burned an estimated 56,676 acres as …

GLOBE — For the community of Globe, the Telegraph Fire brings up echoes of the distant past.

PHOENIX — Gov. Doug Ducey Wednesday issued two Declarations of Emergency in response to the Telegraph and Mescal fires in Pinal and Gila count…