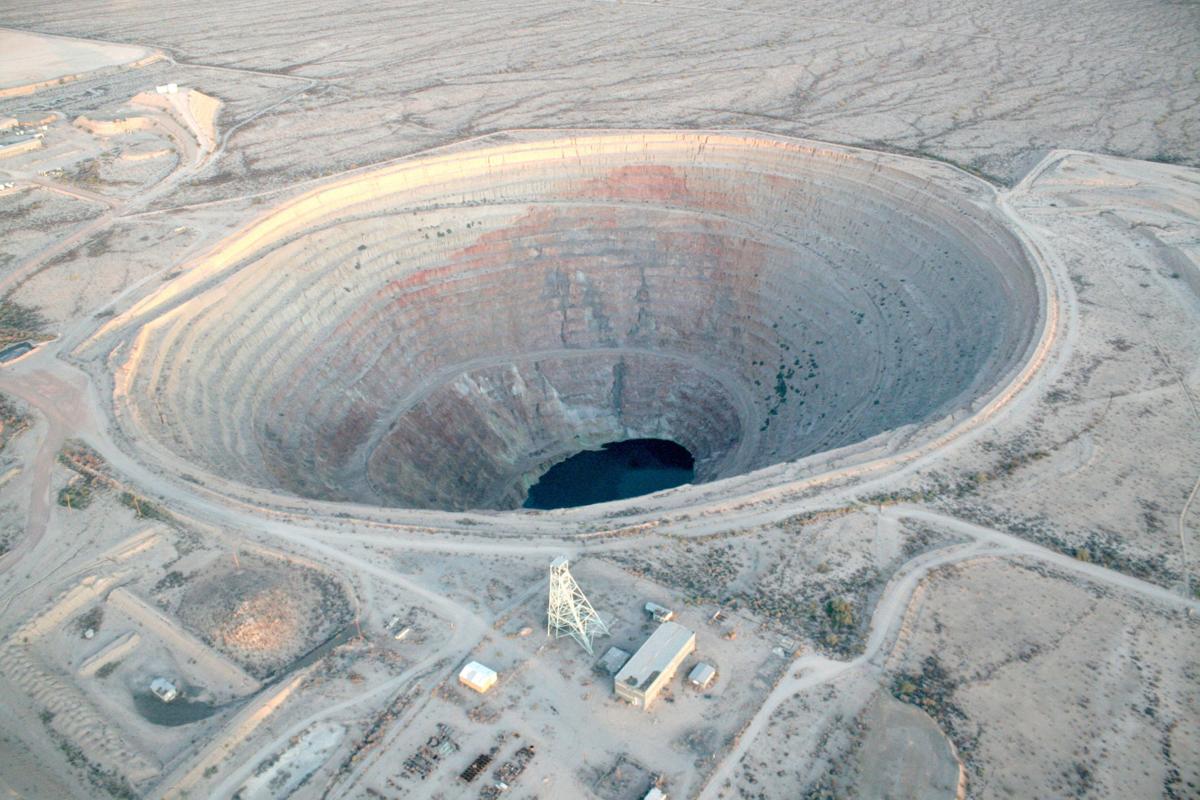 CASA GRANDE — One of two companies competing to reopen the old Sacaton Mine near Casa Grande is inching closer to success while the other has faced a minor setback.

Elim Mining Incorporated released its preliminary economic assessment to investors on Tuesday. The assessment is a preliminary report to show if it is financially feasible to reopen the mine.

The assessment states that the stockpile of rock that had a grade of copper that was too low to make it profitable to extract the last time the mine was open in the 1980s has enough ore in it to fund at least eight years of operations using today’s mining processes.

The report estimates that Elim will need at least $71.4 million in initial capital costs to reopen the mine, which it has renamed Cactus Mine, and that the stockpile should produce around 182.4 million pounds of copper with an average annual cash flow of about $31 million.

Ramm Power Group, which would like to use the mine to build a pumped storage hydro power facility to store and generate renewable energy, announced Wednesday that it plans to resubmit its application for its power plant to the Federal Energy Regulatory Commission.

Ramm’s notice of intent and pre-application document for its power plant was denied by FERC for its traditional licensing process on March 4 because it was incomplete. The applications were missing information such as a current environmental assessment of the site, maps showing the project boundaries and the location of facilities, a detailed description of the facilities and project operations and a summary of contacts with local governments, tribes and organizations about the project, according to documents from the FERC.

“The company plans to immediately address these deficiencies listed in the FERC response and re-file,” Ramm Power stated in a press release.

The company claims that its preliminary FERC permit for the project at the mine remains in effect and is valid through July 19, 2021.

Ramm has claimed that the preliminary permit gives it the right to claim the old Asarco mine property off Maricopa-Casa Grande Highway through eminent domain. Elim Mining disputes that claim.

Company plans to reopen Sacaton Mine near CG

CASA GRANDE — The old Sacaton Unit mine may reopen under a new name.

2 companies pitch competing plans for Sacaton Mine near CG

New owners of open pit mine near CG set up hotline

Company buys property next to CG open pit mine

CASA GRANDE — Elim Mining has purchased an additional 160 acres south of the mine tailing area for the old Sacaton Unit mine, now known as Cac…

CASA GRANDE — Elim Mining has secured the money it needs to finalize the purchase of the old Sacaton Mine west of Casa Grande.

CASA GRANDE — Elim Mining has begun a drilling program at its wholly owned Cactus Mine outside of Casa Grande off Maricopa-Casa Grande Highway.