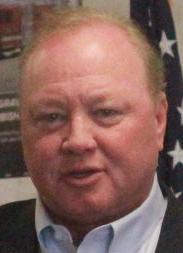 CASA GRANDE — The race for the Pinal County Assessor’s Office doesn’t usually garner much attention, but this year, incumbent Assessor Douglas Wolf has a challenger in the Republican primary, Michael Cruz.

Cruz is a public information and communications officer for the Casa Grande Elementary School District. He is a former career and technical education teacher and has degrees in teaching and business. He also has a background in income tax work. He started preparing income taxes for friends and family when he was 16.

“I have about seven years of experience working in the tax industry and being able to take that knowledge and my experience now working in public relations and in communities, it’s a perfect marriage for this role. So that’s why I’m running,” he said. “I have the skill set and I’m the only candidate that has that unique blended skill set to bring it to work for the people.”

Listen to the podcast interviews of both candidates at pinalcentral.com/pinalcast/pinalcast

Cruz wants to meet residents where they are, whether that’s through online services for the younger generation or town hall meetings for the older generations. He wants to simplify the property tax process so that any resident or business can understand it.

“We have to have communication that is relevant, transparent and accessible and that’s not the case,” Cruz said, pointing to news releases on the county assessor’s website that are six years old.

Wolf, who has served as Pinal County assessor since 2013, said his office offers some of the best customer service in the county. He and his staff are more than willing to sit down with any residents or business owner to help them understand their property valuation and how it affects their taxes.

He’s posted videos with answers to some of the most common questions his office gets to the office’s website. However, he admits viewers do have to dig a bit to find them.

He’s also added market comparison information to online residential property records. This lets homeowners see how his office uses the values of similar homes in the area to set the property values, Wolf said. It’s just like how a real estate agent would look for recent sales data on similar houses before setting a price on a home they are trying to sell.

Wolf has a 35-year background in real estate, business and technology.

Wolf said he also frequently works with Pinal County legislators on new tax laws that may be moving through the Legislature. For example, this legislative session, Wolf is working with local veterans groups to change Arizona laws to allow partially disabled veterans to get a discount on their property taxes.

His office is also helping the Pinal County Sheriff’s Office with new technology that provides users not only with an aerial view of a building but a view of the sides of a building. The technology gives the Assessor’s Office a better idea of how large a building is, so the office can correctly value the property, he said.

Business is already booming in Pinal County, according to Wolf.

“We’ve had a great year. The tax base for Pinal County has probably grown the fastest of any county for sure in Arizona and maybe in the United States,” he said. “Overall we’ve had about an 8% increase in the base value of all the properties in the county.”

Things have increased so fast that his office is having a hard time keeping up with all of the growth, he said.

He attributed the boom to all of the work Arizona Gov. Doug Ducey and the various city and county economic development offices in drawing new business into the area. He pointed to the arrival of Lucid Motors and Nikola Motor Company as proof. He likened the two major manufacturers to the anchor stores of a mall. Once the two businesses are built out and fully staffed, he said, they’ll draw the need for support industries such as parts manufacturers, restaurants, stores and the need for more housing.

“This county has a great future. People want to live here. Retirees are coming because of the climate. And there are good jobs coming in,” Wolf said.

As for his opponent, Cruz, Wolf said he doesn’t know much about him or his platform.

“If you want to just give people a choice, that’s fine. I respect anybody who wants to run for office. I don’t care if it’s for school board or public library board. You’re exposing yourself and it’s a lot of work. This is a huge county to cover, because it’s a countywide campaign,” Wolf said. “I admire and respect anyone who’s willing to do it. I’ll let the voters decide if they want to keep me as an experienced person and someone who’s been doing the job for this long or not. That’s up to the voters and I trust them.”