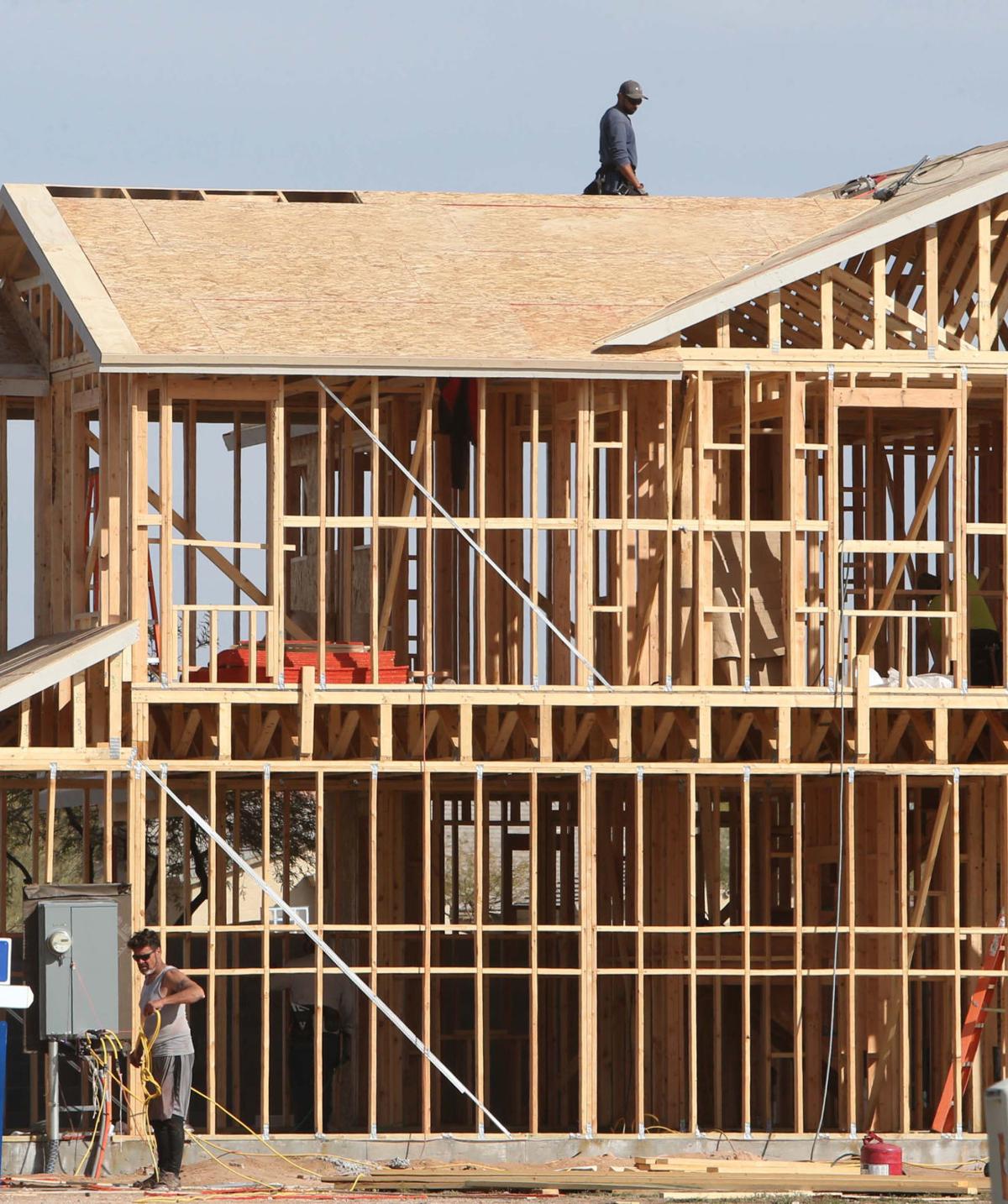 Homes are shown under construction Feb. 25 at Desert Sky Ranch in Casa Grande. 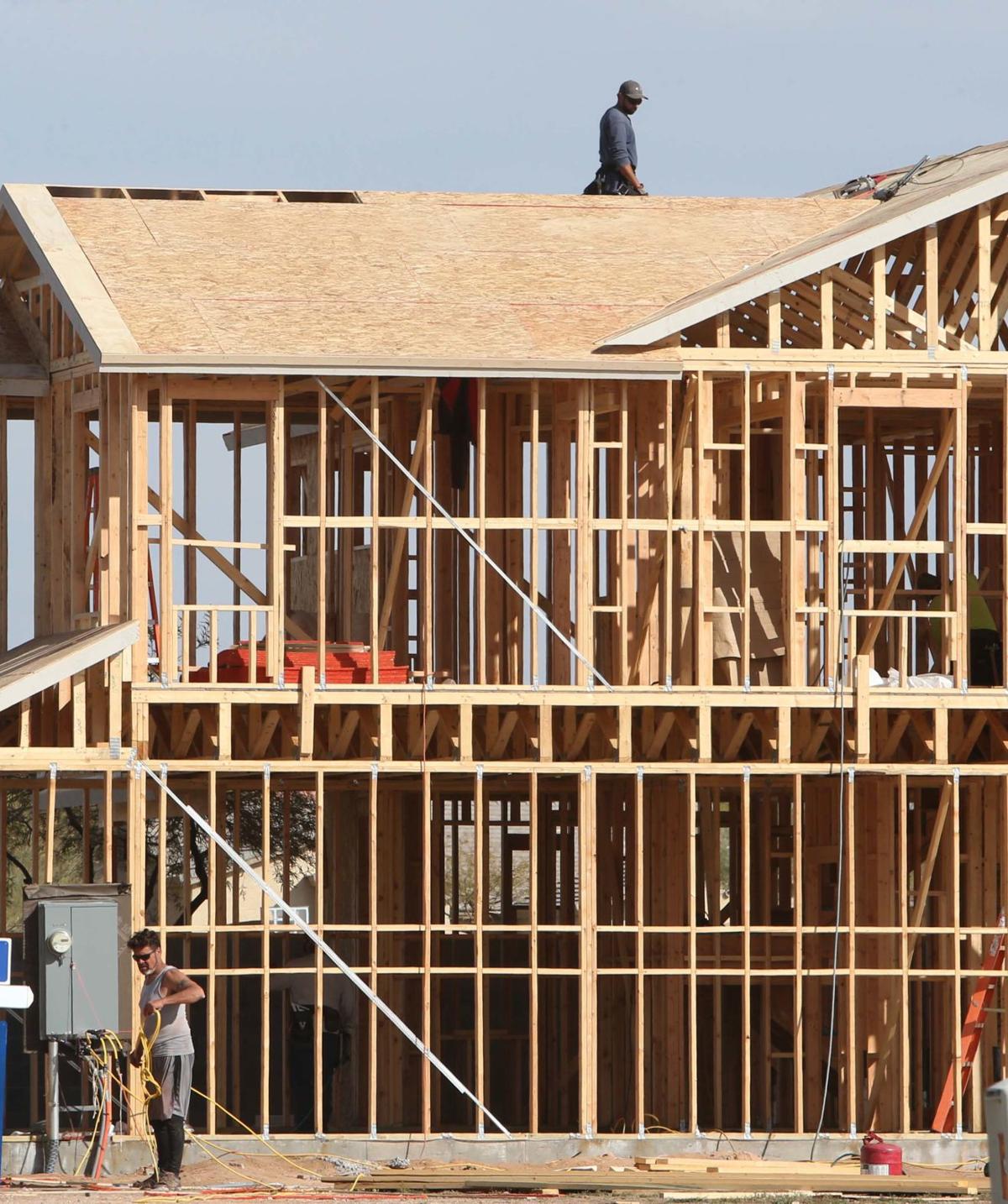 Homes are under construction Feb. 25 at Desert Sky Ranch in Casa Grande.

Homes are under construction at Desert Sky Ranch in Casa Grande.

Homes are shown under construction Feb. 25 at Desert Sky Ranch in Casa Grande.

Homes are under construction Feb. 25 at Desert Sky Ranch in Casa Grande.

Homes are under construction at Desert Sky Ranch in Casa Grande.

These are some of the details to emerge from the county’s planning process for federal Community Development Block Grants.

“Can the CDBG be used to encourage developers to build smaller houses, apartments or condominiums?” Supervisor Todd House, R-Apache Junction, asked during Wednesday’s Board of Supervisors meeting. He said the county must show its developers an advantage to building this housing. “Somewhere down the road we need to have a work session to understand fully what we can and cannot do to influence or help development of affordable housing in Pinal County.”

The county had less than a month’s supply of housing for sale below $70,000 during this period, “indicating a severe shortage in that area,” consultant Karen Dash told the supervisors. A three-month supply is considered a stable market, she said.

Supervisors Chairman Mike Goodman, R-San Tan Valley, agreed that more affordable housing is needed in all areas of the county, and the supervisors need to look at their options for bringing it in. He asked for County Manager Greg Stanley to schedule a work session.

Supervisor Pete Rios, D-Dudleyville, said he agreed wholeheartedly with House, “but I believe this is the third year I’ve heard you say what you just said. It seems the board agrees with you, but we keep spinning our wheels, because nothing happens. … Is anybody meeting with homebuilders and developers from the staff side, and presenting this, as they turn in plans?

“Third time’s the charm, Mr. County Manager,” Rios continued, turning to Stanley. “Let’s start looking at that and see if anything can happen. Maybe it’s impossible. Maybe the homebuilders and developers are going to say, ‘Thank you very much, but you guys can go fly a kite. We’re going to do our thing.’ But we’re not going to know if we don’t try.”

House responded that he had met with a developer the previous week who is planning a large development of townhomes in the San Tan Valley area, and House is encouraging him to build affordable housing.

“So the message is getting there, it’s just taking some time,” House said.

Miller said developers will build what sells. “If there’s a market for it and you can make it affordable, they will build it, I guarantee it.”

According to the Zillow real estate database, home prices increased 10.7% last year and are projected to rise another 5.5% this year.

The “Analysis of Impediments” notes “severe shortages” of lower-priced housing.

“Among the county’s affordable housing stock, one third of the current LIHTC (low income housing tax credit) units are set to expire in 2021,” the analysis says. “As several county officials noted, it is difficult to develop a package of incentives that would induce developers to focus on a less-lucrative housing market.

“Many homes of longtime lower-income, elderly or people with disabilities have code violations,” the report continues. “These populations may not have the financial or physical ability to rehabilitate their homes so that they may remain comfortable, safe and independent within them.”

“County officials cited numerous public facilities needs, including affordable child care centers. … Parks, senior centers, food banks and libraries were also cited as community needs, particularly on the eastern side of the county. One official noted the need for a library of at least 20,000 square feet in the San Tan Valley, whose 100,000 people have to cross the county line to visit the closest library.

“In unincorporated parts of the county, especially, a tremendous need exists for utilities, water and wastewater improvements. For example, in the area near Pinal Airpark, a need exists for water services and rehabilitation of community housing. Arizona City experiences flooding concerns because elevation levels have dropped nearly 20 feet over the last fifty years due to increased drawing on underground aquifers.

“… Shelters for victims of domestic violence, such as safe houses, are needed. In San Tan Valley, a county official is seeking land to build a recreation center for the area’s young people.”

SAN TAN VALLEY — As thrilled as they are to be doing business in Pinal County, top housing d…

VENICE, Calif. – In a beach house filled with bunk beds a few blocks from the Venice Boardwa…

PHOENIX — A new legislative committee is pushing for more information on how groundwater supplies in Pinal County are being used or not used.