Top, progress of PhoenixMart’s construction on April 15. Construction on the 1.5 million-square-foot sourcing center is currently delayed because of design changes, which require new building permits. 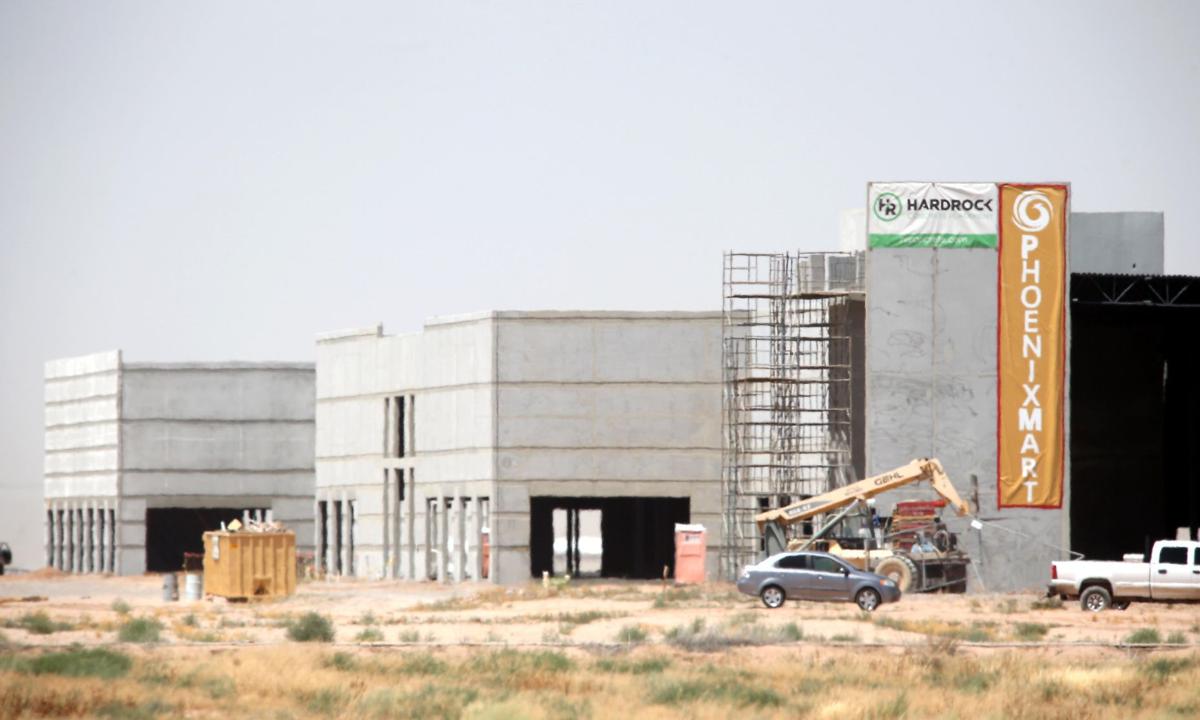 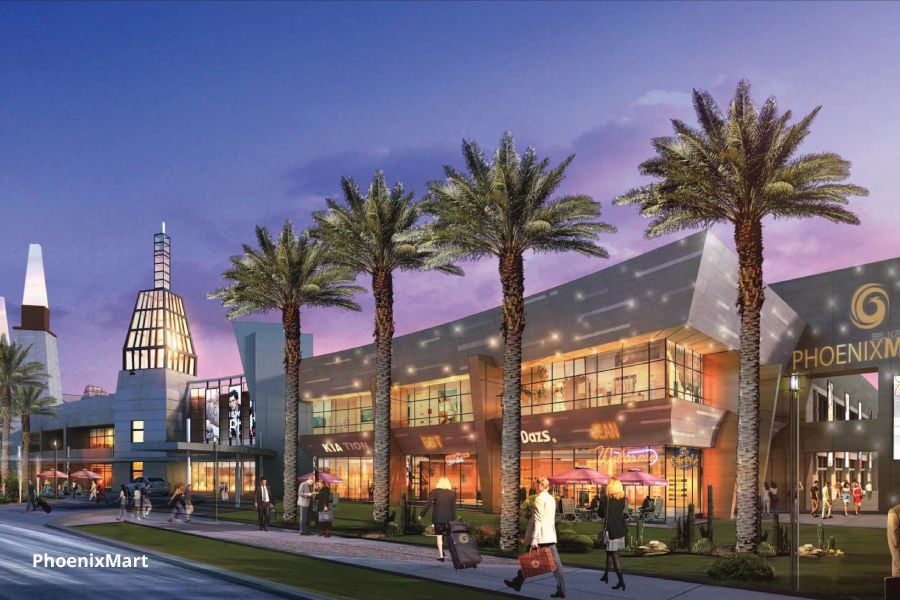 PhoenixMart is a planned wholesale development near Florence Boulevard and Signal Peak Road.

Top, progress of PhoenixMart’s construction on April 15. Construction on the 1.5 million-square-foot sourcing center is currently delayed because of design changes, which require new building permits.

PhoenixMart is a planned wholesale development near Florence Boulevard and Signal Peak Road.

CASA GRANDE — PhoenixMart is on track to open at the end of next year, officials said.

Marshall Stahl, chief executive officer, told the Economic Development Group of Eloy that the company still is planning on opening at the end of 2018, with the first quarter of 2019 being the out-most time frame for opening.

Stahl said the company has been very conservative and methodical in its approach to constructing the building along Florence Boulevard east of Interstate 10.

SMG, a property management company that oversees large venues, has been contracted to run the day-to-day operations of PhoenixMart, Stahl said.

Work is expected to begin on the infrastructure needed to complete the building and make it operational. Paul Tice, planning and development director for the city of Casa Grande, said in an interview that getting the utilities to the site isn’t a simple process, noting that rights of way needed to be secured, and utility companies require financial assurances.

Earlier this summer the city of Casa Grande agreed to an arrangement under which the city sewer line will be extended underneath Interstate 10 at Kortsen Road, with AZ Sourcing, the parent company of PhoenixMart, paying for that. Tice said water will be provided by Arizona Water Company and electricity by Electrical District 2.

A water storage facility is being planned for the northeast corner of the property. Tice said the storage tanks are required because of fire suppression demands once the wholesale center is operational and open to customers.

Additionally, an electric substation also will be needed.

Stahl said some of the core design of the building was changing, and that the plans will be sent to the city soon. Once approval is granted, construction can begin again.

“We’re moving forward in a substantial way,” Stahl said. “I look forward to the time when the activity resumes.”

PhoenixMart is expected to be a 1.5 million-square-foot sourcing center that brings manufacturers, sellers and buyers together for large-scale, business purchases. It is to have 1,866 showrooms.

The project was first announced in 2011 and officials said the massive international trade center would result in 8,000 jobs and a payroll of more than $300 million.

Setbacks have plagued the project since then, although the shell of the building has been constructed.

Developers fashioned the idea behind PhoenixMart on similar projects in China and Dubai. At the time, developers said the project would eventually include apartments, hotels, a resort, retail and office space and large warehouses and showrooms. Project directors described it essentially as a “city within a city.”

Developers chose the location in Casa Grande because of its proximity to Phoenix and Tucson metropolitan areas, freeways and railroads.

Several setbacks — from obtaining building permits and securing visas to dealing with project management changes within AZ Sourcing and an FBI investigation — have delayed the project.

The project initially was to be funded through the EB-5 federal immigrant investor program created by Congress in 1990. The program allowed foreign investors to obtain conditional U.S. residency if they invest $500,000 in a rural, high unemployment area that creates 10 American full-time jobs within a two-year time frame of entering the U.S.

However, Stahl told PinalCentral last year that AZ Sourcing has experienced a change in strategy away from the EB-5 visa investor program, allowing some original investors to opt out.

CASA GRANDE — The PhoenixMart project is continuing to progress, albeit slowly.

PhoenixMart sewer gets nod from council at lower cost to city

CASA GRANDE — A green light was given for the next phase of the PhoenixMart project.

CASA GRANDE — Add another chapter to the PhoenixMart story.

PhoenixMart's shell to be completed by end of month

CASA GRANDE — A concrete company has slapped a nearly $1 million lien on the parent company of PhoenixMart, records show.

CASA GRANDE — PhoenixMart continues toward completion, and removal of the fence around the property is another indication, officials said.

CASA GRANDE — PhoenixMart has inked a deal for 1,200 air-conditioning units.