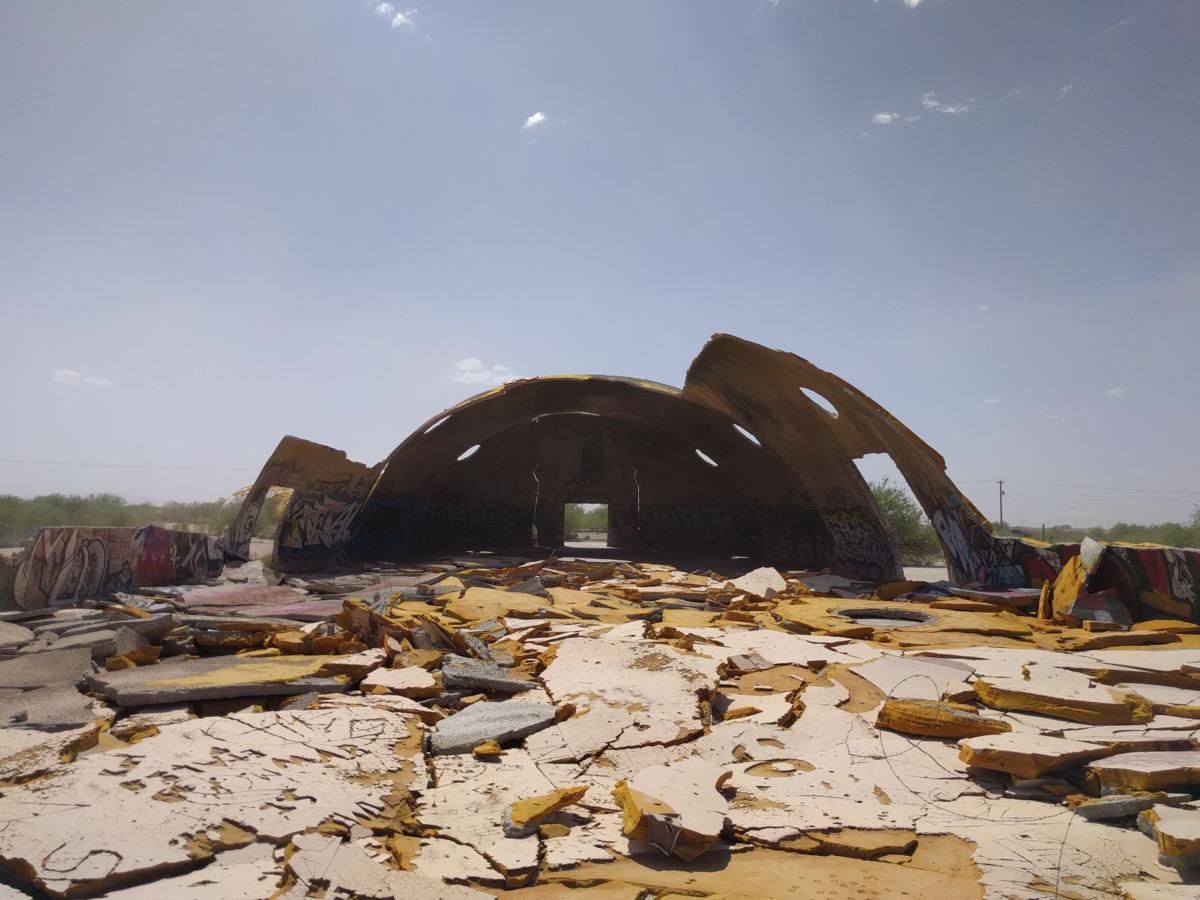 The back of the largest dome. The dome collapsed in December and Pinal County has condemned the property.

The largest of the Casa Grande Domes collapsed in December and the county wants the domes removed. 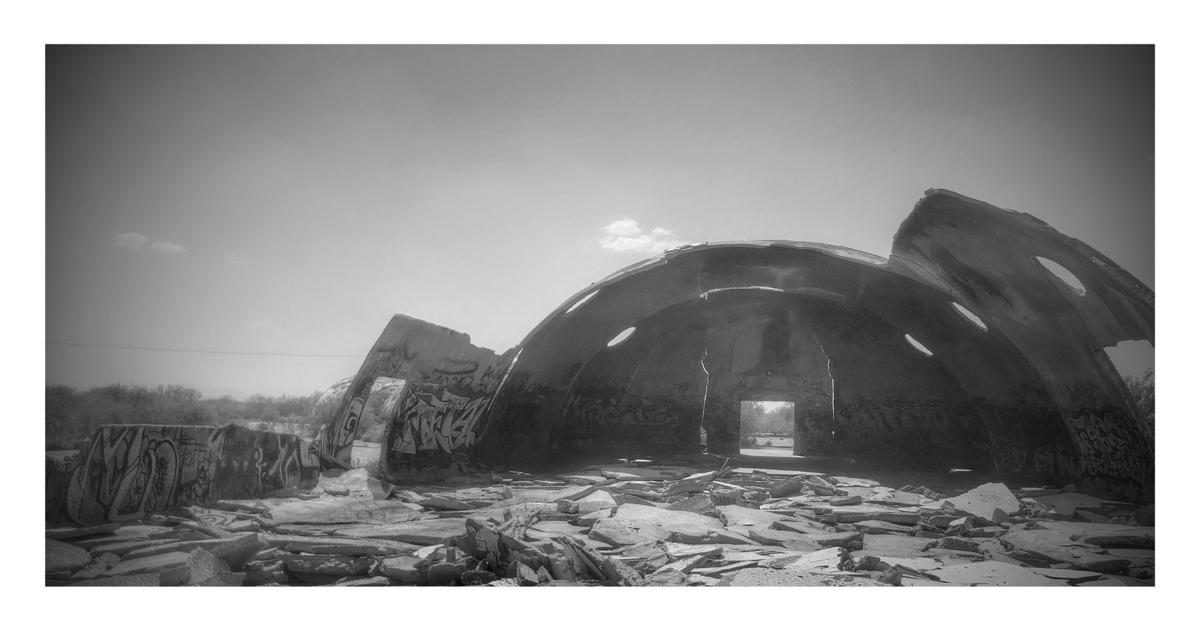 Rubble from the largest of the “Casa Grande Domes” is shown. 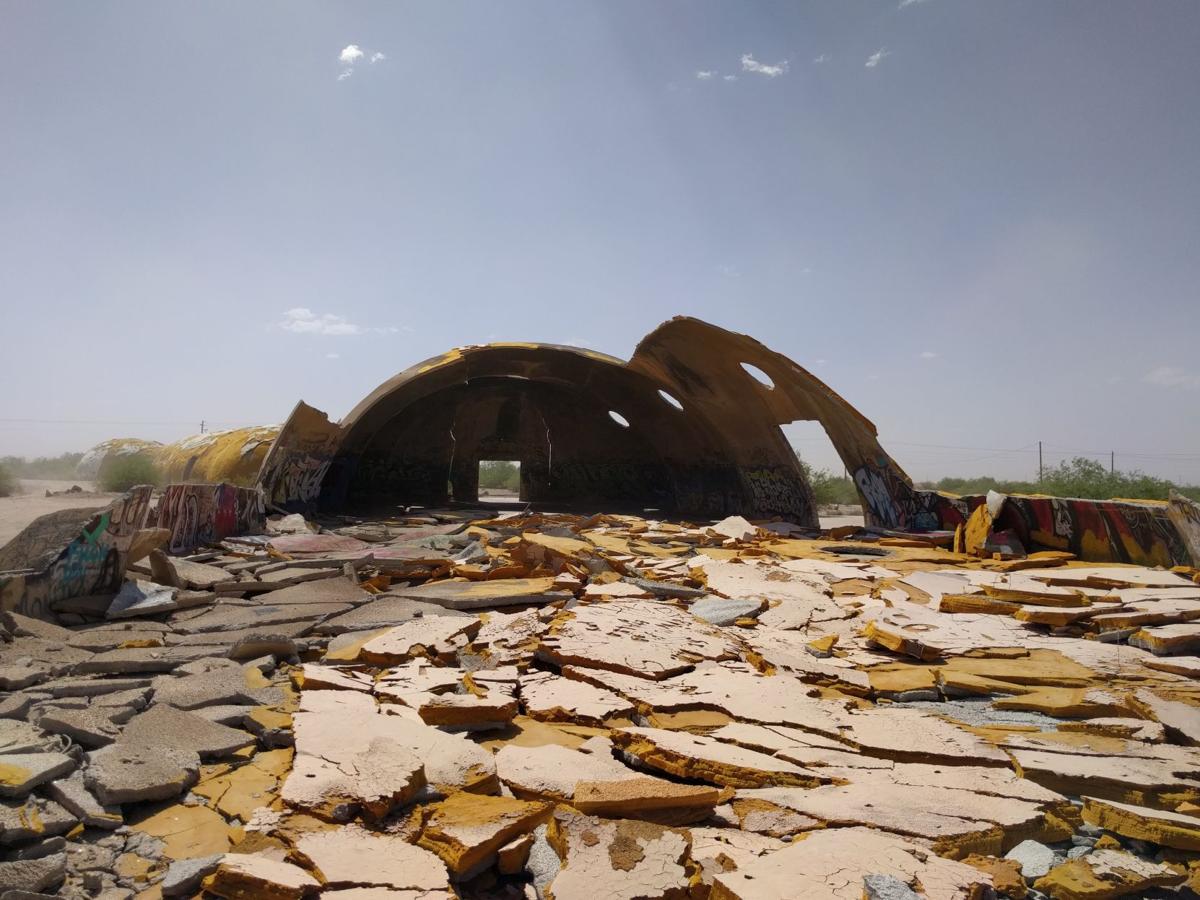 Rubble of the largest dome. 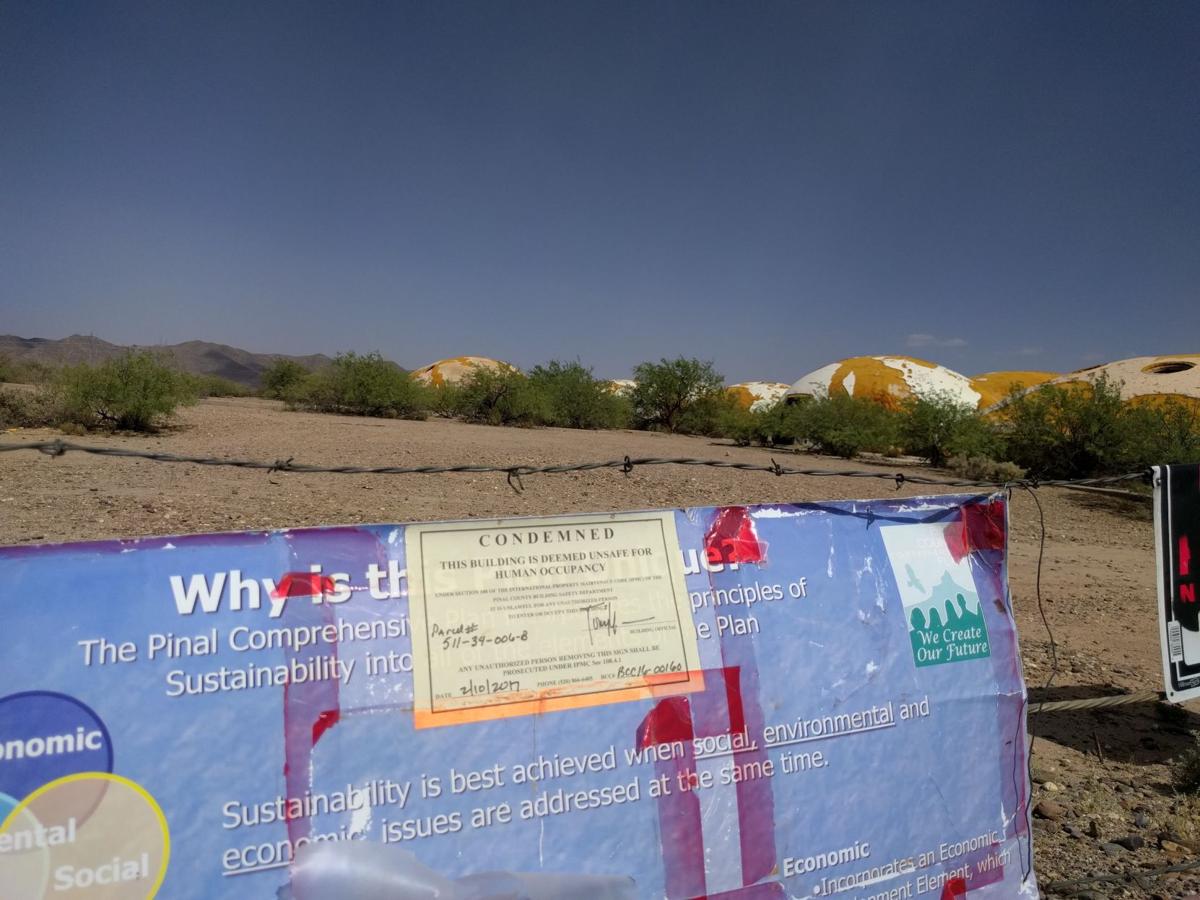 The back of the largest dome. The dome collapsed in December and Pinal County has condemned the property.

The largest of the Casa Grande Domes collapsed in December and the county wants the domes removed.

Rubble from the largest of the “Casa Grande Domes” is shown.

Rubble of the largest dome.

At a hearing Tuesday, Pinal County officials made a case for condemning the so-called Casa Grande Domes, a group of four concrete buildings just south of Casa Grande on Thornton Road. The domes are unsafe, the county contends, and they must be demolished.

Dan Peer, vice president of Simplicity Communications, manager of the property, said the county has ordered him to demolish all of the domes and pay a $5,000 fine. The fine is imposed because the company missed a deadline earlier this year to tear the structures down.

On or around Dec. 17, the back half of the largest dome collapsed. Since then Peer has been battling the county over what to do with not only the broken concrete but also about the remaining domes, which Peer says are still structurally sound.

Joe Pyritz, spokesman for Pinal County, declined to comment, saying the county has nothing to add in regard to the domes.

Peer said the hearing officer has given him 20 days to appeal the county’s decision, which he said he will do.

“You never know what might happen,” Peer told PinalCentral. “Even if there’s not much of one, there’s still a chance.”

The buildings were erected in 1982 for a computer hardware business that never materialized. Lonnie Mikkelsen, who worked on a construction crew that built the domes, told PinalCentral earlier this year that the domes were erected like an upside down swimming pool, with the concrete formed around a big balloon. They were then covered with a spray foam.

Since then, the property has changed hands several times, with Simplicity taking over managing the domes in 2007. Peer said the property is on 5 acres and has utilities running to it, or easily accessible. The property is currently listed for sale for around $500,000.

The unusual buildings receive a lot of interest from people interested in the supernatural and have been featured on the Travel Channel television show “Ghost Adventures.” In October, Pinal County officials denied a permit for a medical marijuana festival, citing safety concerns at that time.

FLORENCE — A decaying Pinal County landmark must come down, the Board of Supervisors affirmed Wednesday.

CASA GRANDE -- A former Satanic priest-turned-Christian minister is on a mission to save souls.