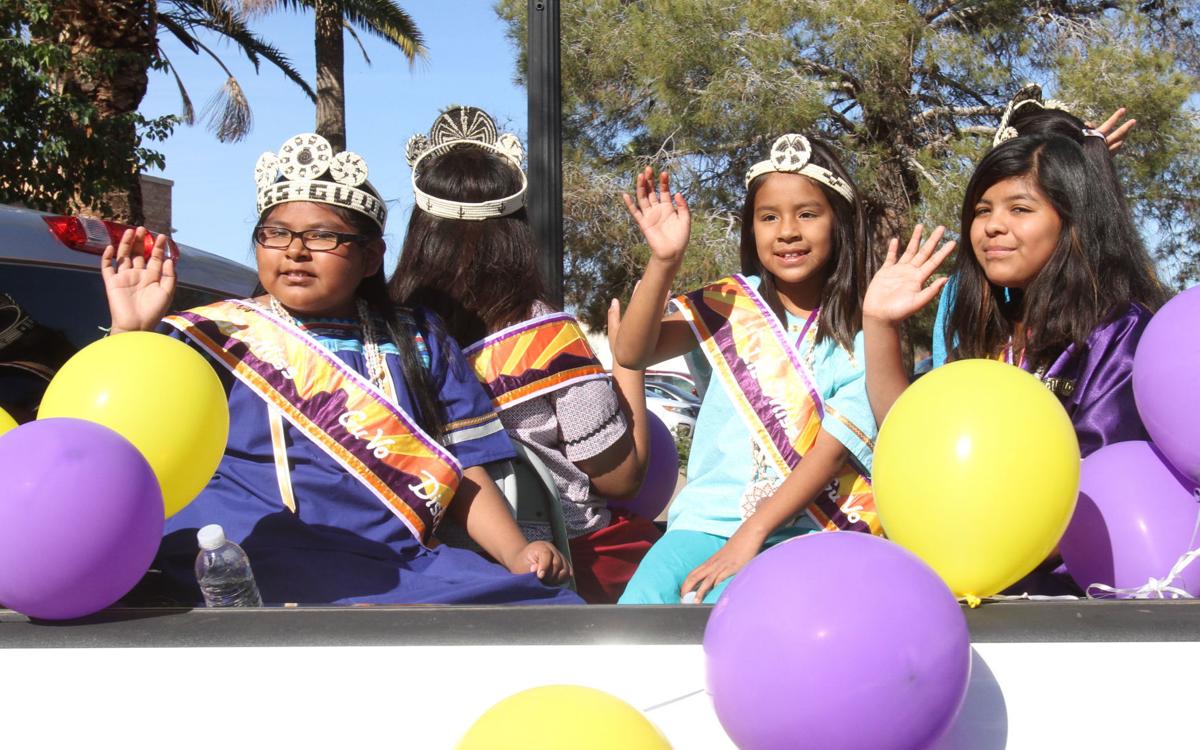 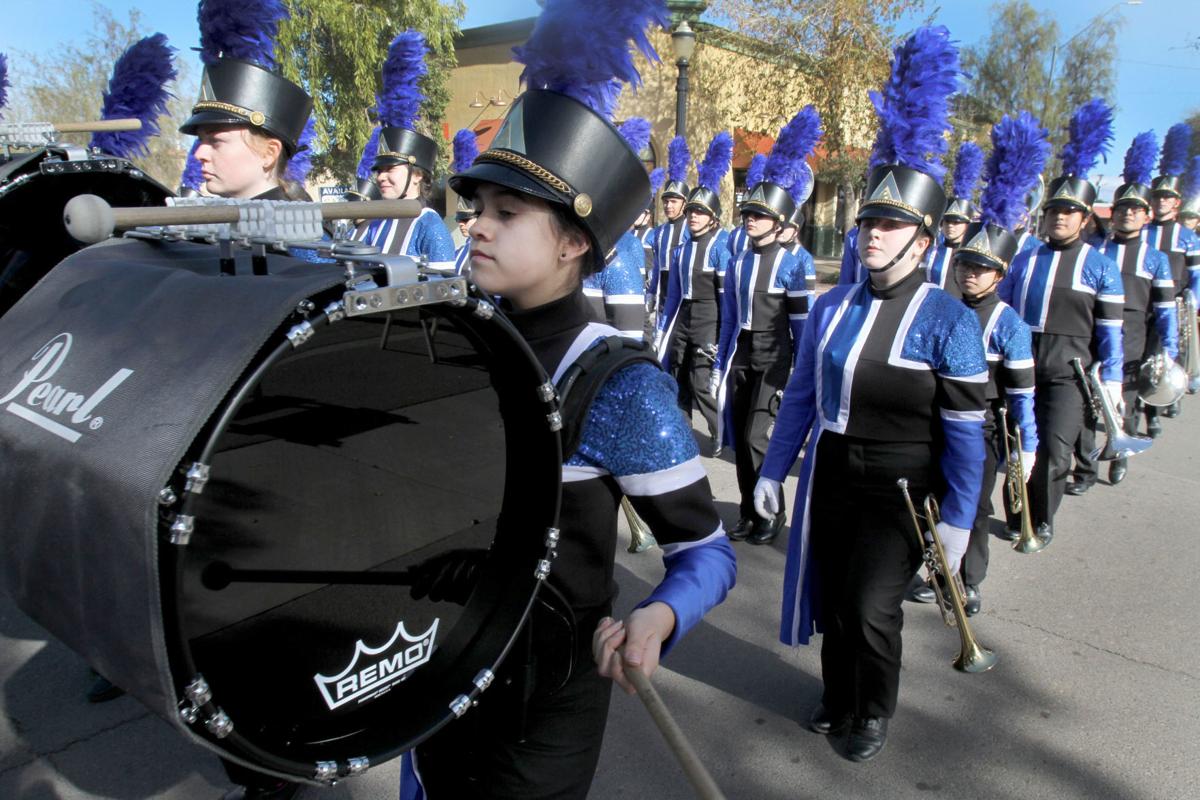 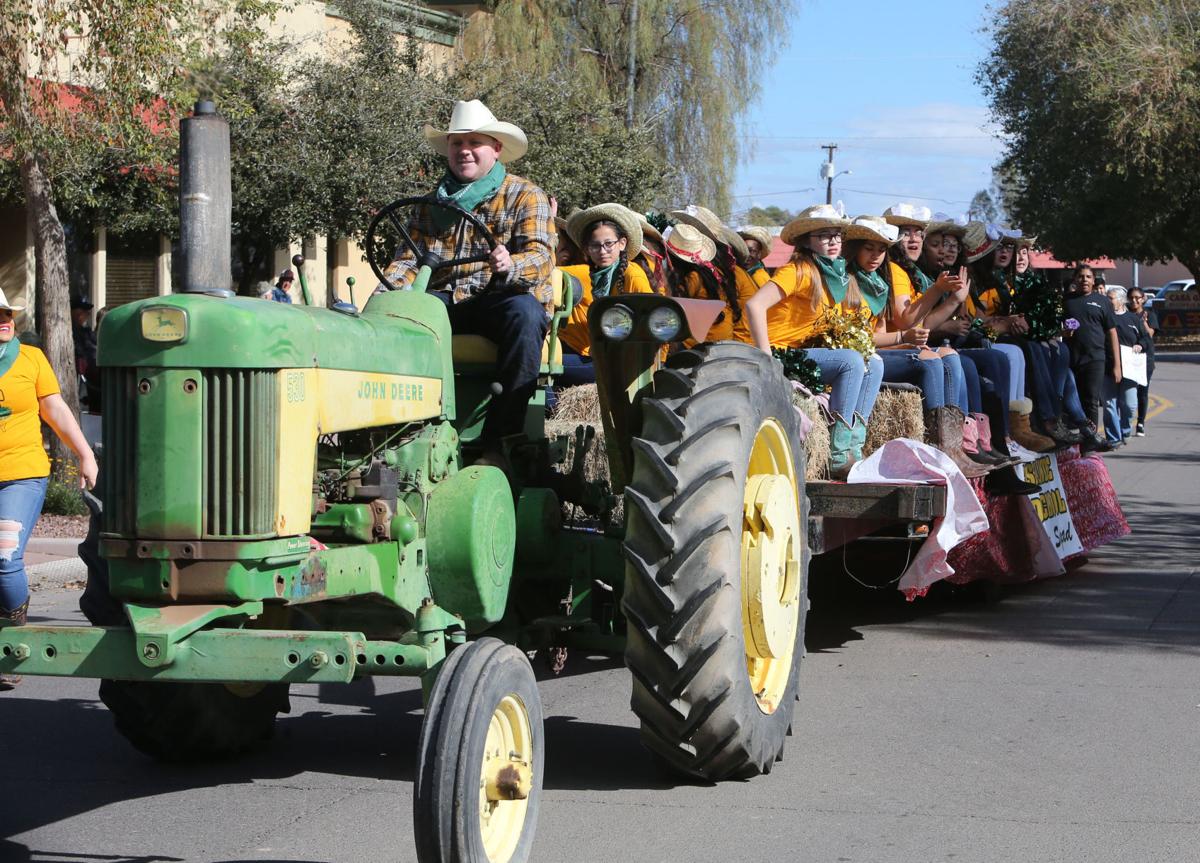 CASA GRANDE — With its marching bands, horses, Native American royalty and various motorized and non-motorized entries, the annual Cowboy Days & O’Odham Tash parade is one of the most popular events of the year.

The event, which attracts thousands of spectators every year, is the official kickoff to the 10-day celebration of the cowboy and Native American heritage and culture.

“We are expecting about 50 parade participants including Native American royalty, dancers, bands and more,” said Mindy Pieper, city recreation coordinator and one of the organizers of the parade.

Two grand marshals are chosen to lead the parade each year — one who represents the cowboy culture and another who represents one of the four area Native American nations.

This year, Toy Cordova of Florence was selected to represent the Cowboy Days side of the event while Ak-Chin Indian Community Chairman Robert Miguel is the O’Odham Tash representative.

The parade begins at Brown Avenue and will travel west along Florence Boulevard to Florence Street, where it will turn and continue to its ending position on Second Street downtown.

“In an effort to provide a safe atmosphere and improved access for the event, temporary street closures will be in effect,” Pieper said.

The following street closures are scheduled on the day of the parade:

As mayor of Casa Grande, I’m delighted to extend a warm welcome to the participants and visi…

CASA GRANDE — The 2020 edition of the Mike Cervi Jr. Memorial Pro Classic will take place We…

CASA GRANDE — Daring thrill-seekers will swing and spin in a 360-degree loop high above the ground when they board the Hyper Loop, one of seve…

CASA GRANDE — Cowboy Days & O’Odham Tash brings images of parades, roping and rodeos to mind, but there is more to the events.

Parade marshal Cordova loves his life as a cowboy

CASA GRANDE — One of the best days of the year is approaching for Central Arizona College rodeo team co-head coach Skyla Teel, the exceptional…