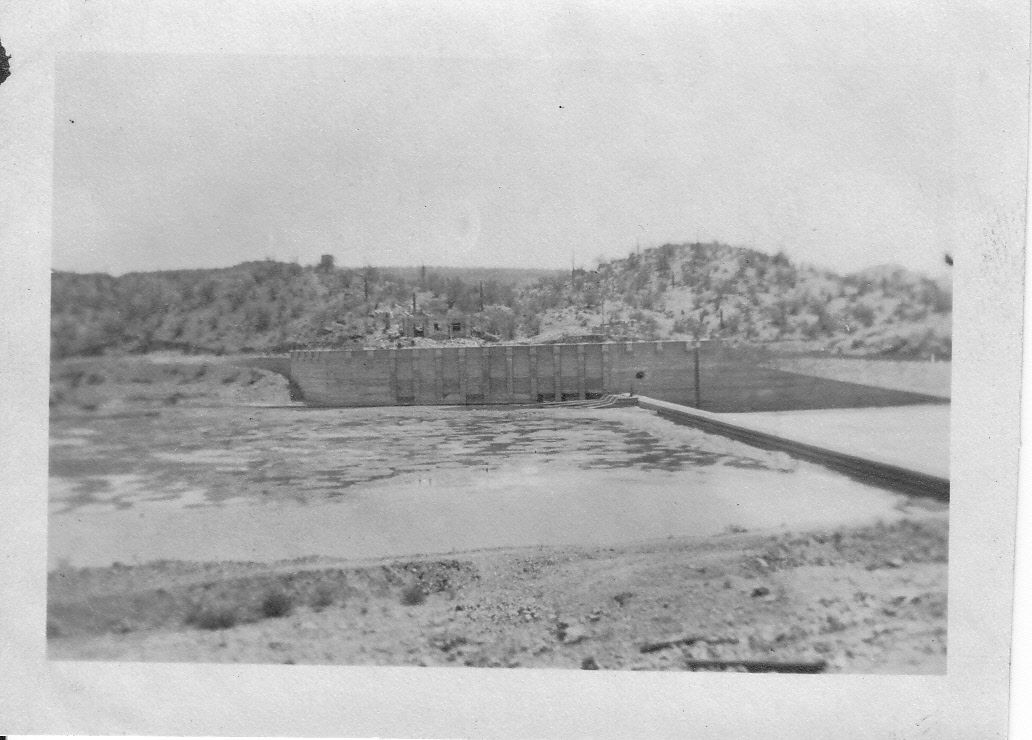 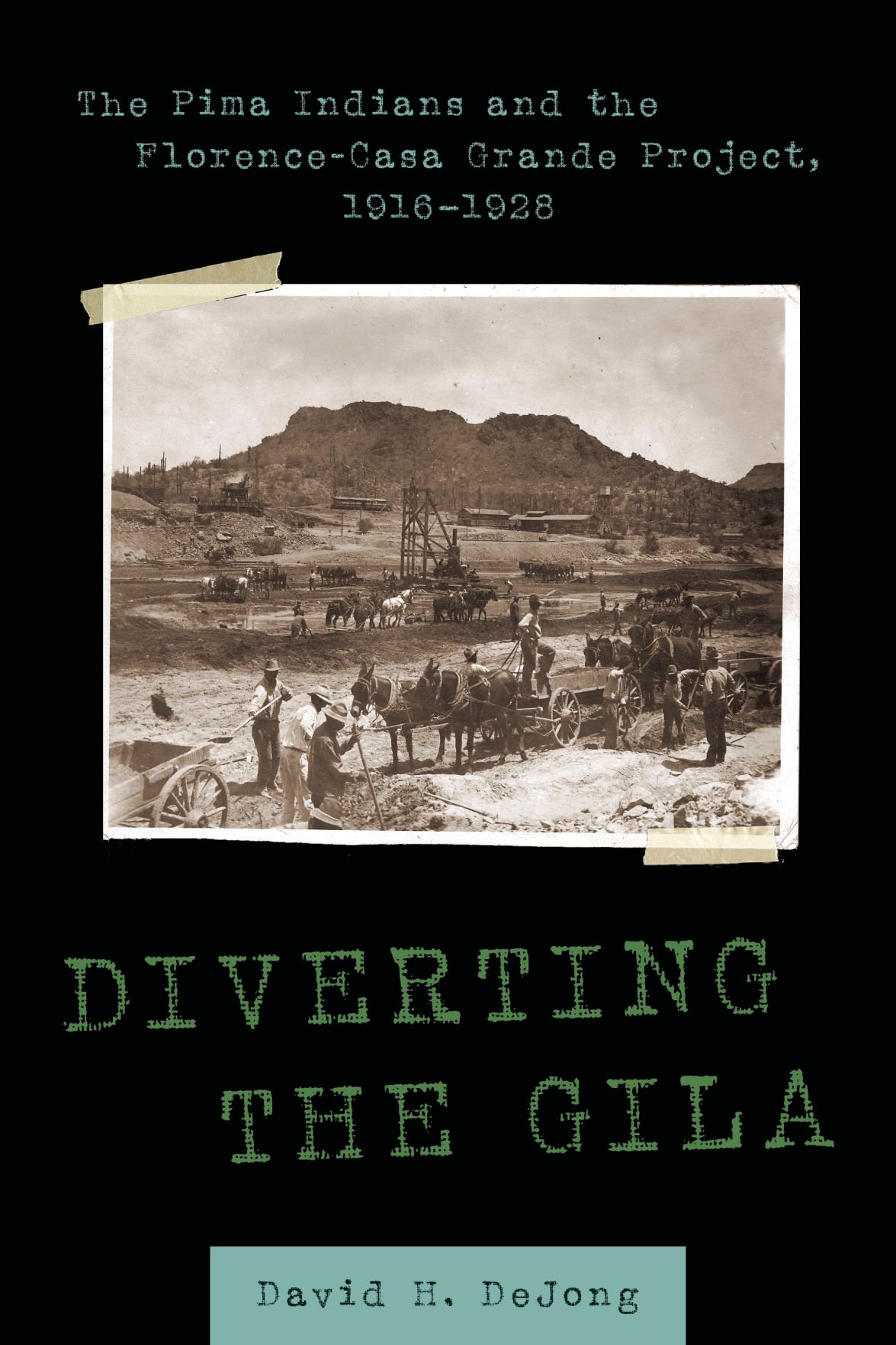 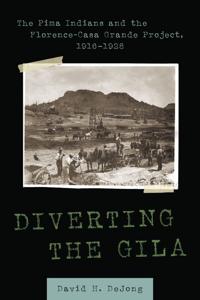 The photo on the cover of “Diverting the Gila” shows workers changing the flow of the Gila River away from the native people who depended on it. 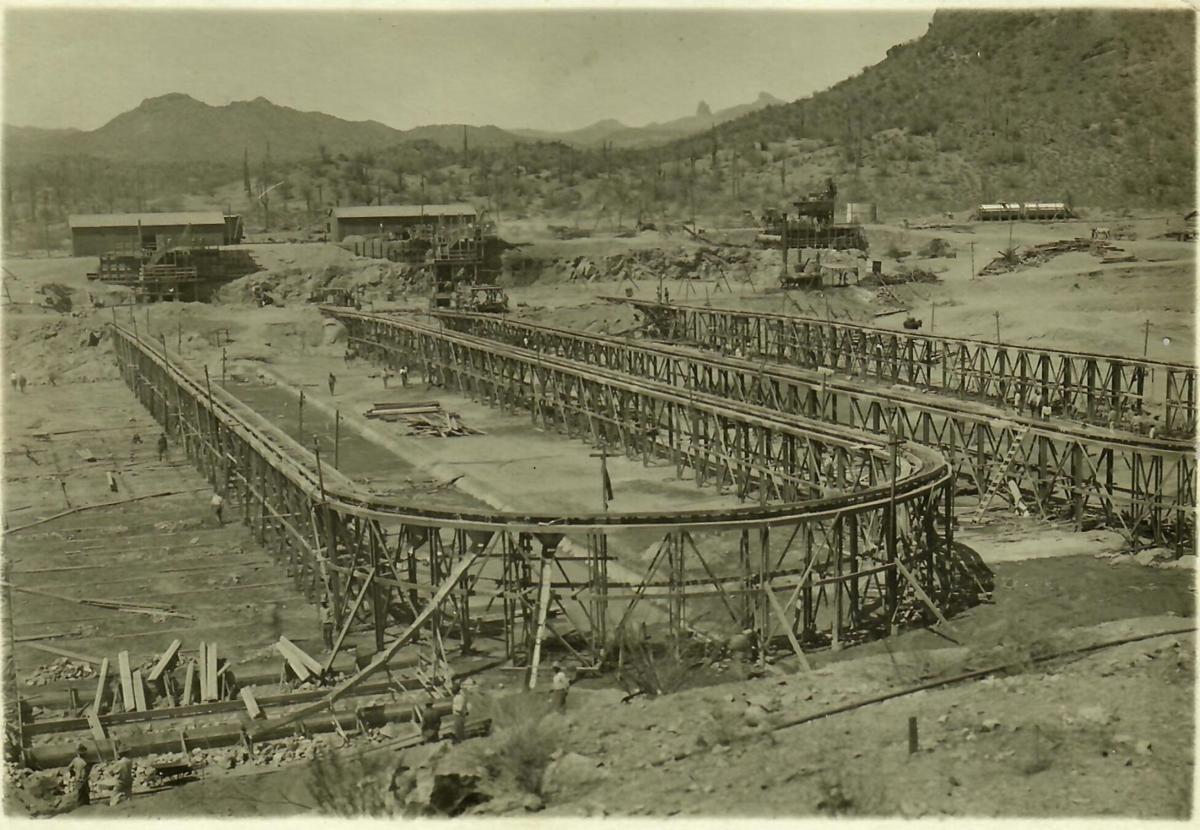 This historical photo from “Diverting the Gila” shows the temporary narrow gauge railroad trestle used during construction of the diversion dam. 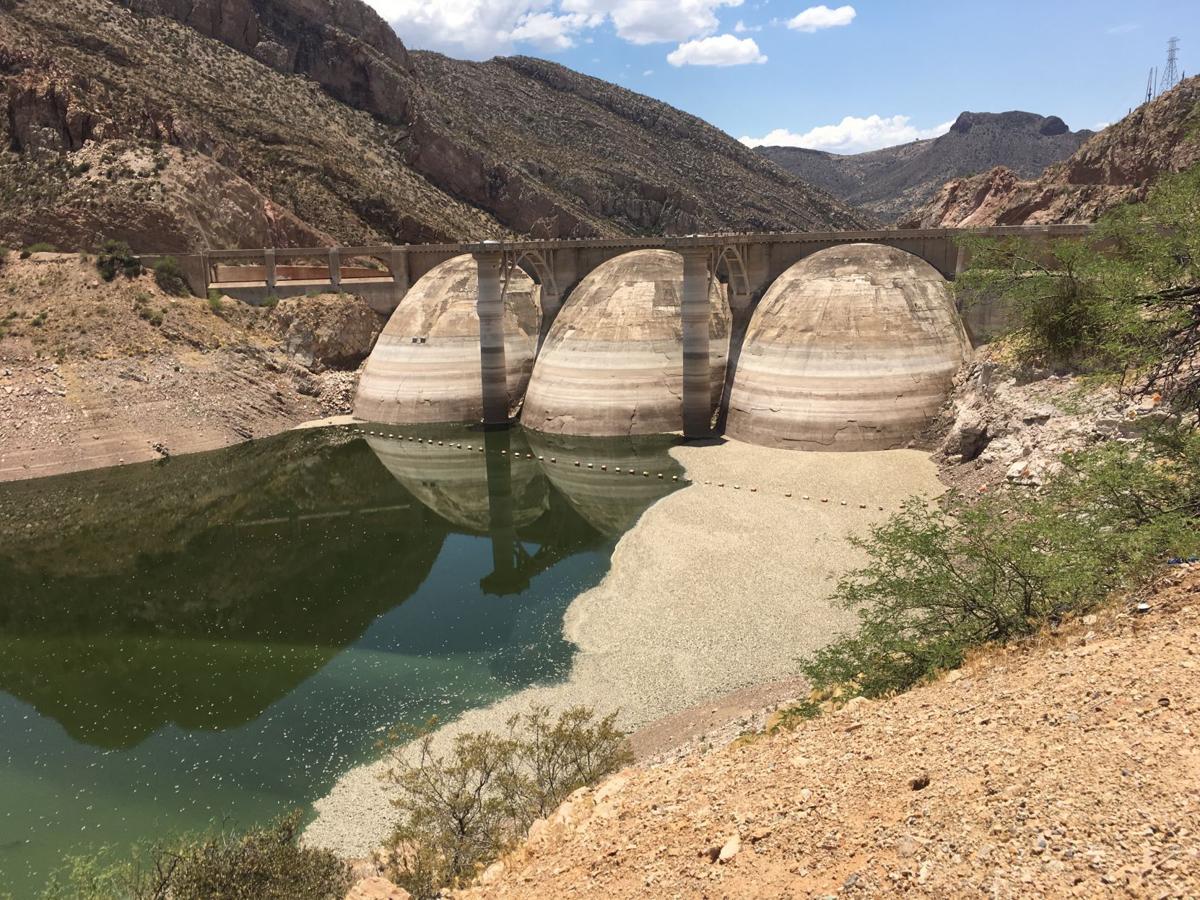 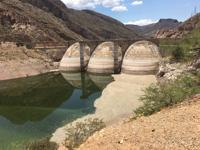 Water levels have been at historic lows at Coolidge Dam. 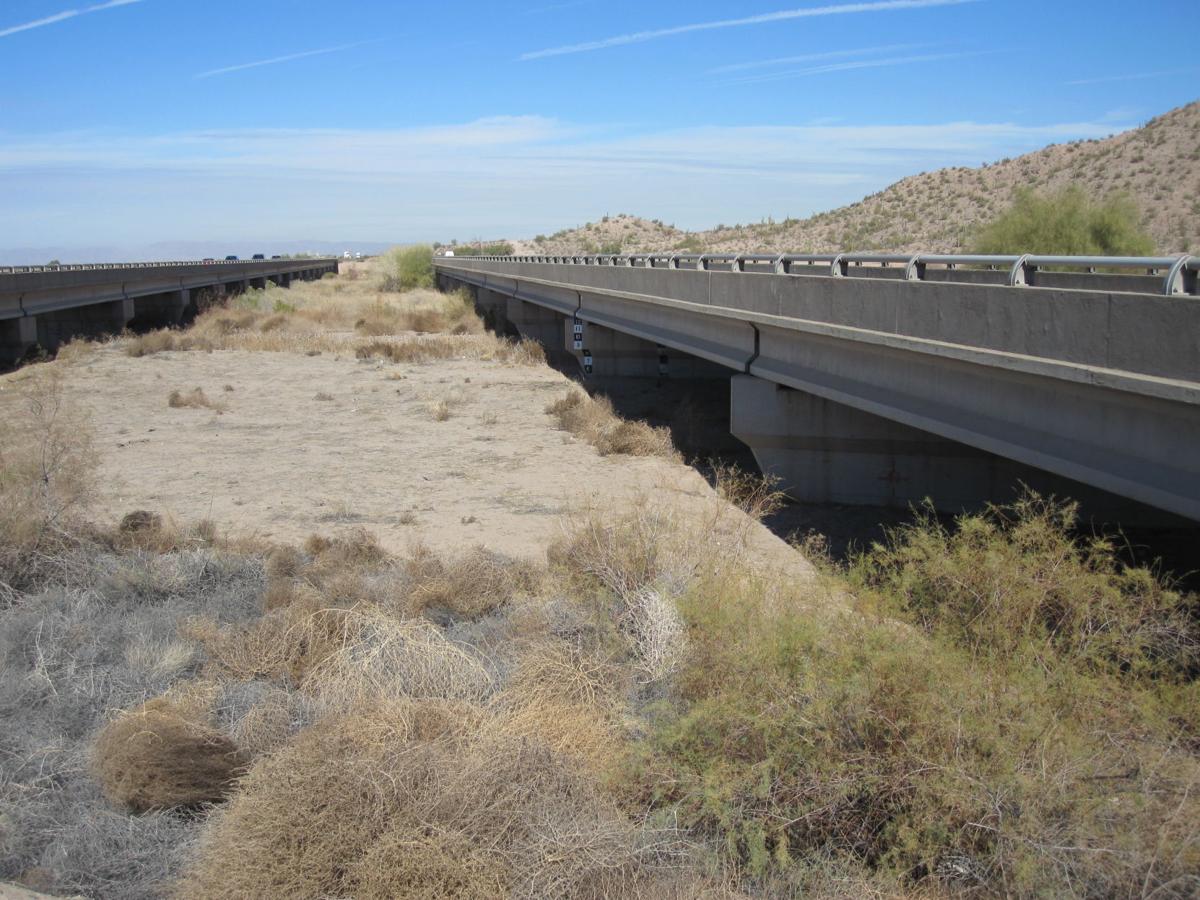 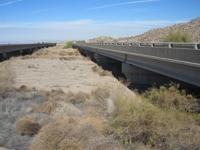 A 56-year-old bridge along Interstate 10 crosses over the bed of the Gila River north of Casa Grande. 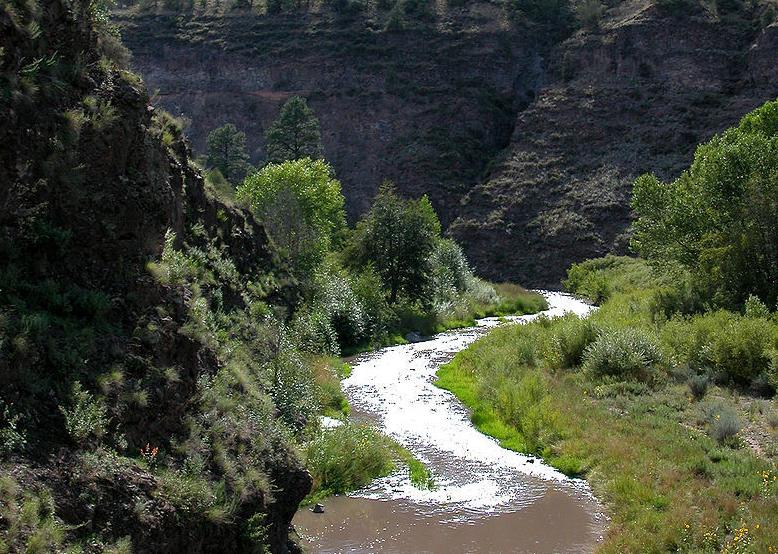 Middle Fork of the Gila River in western New Mexico. 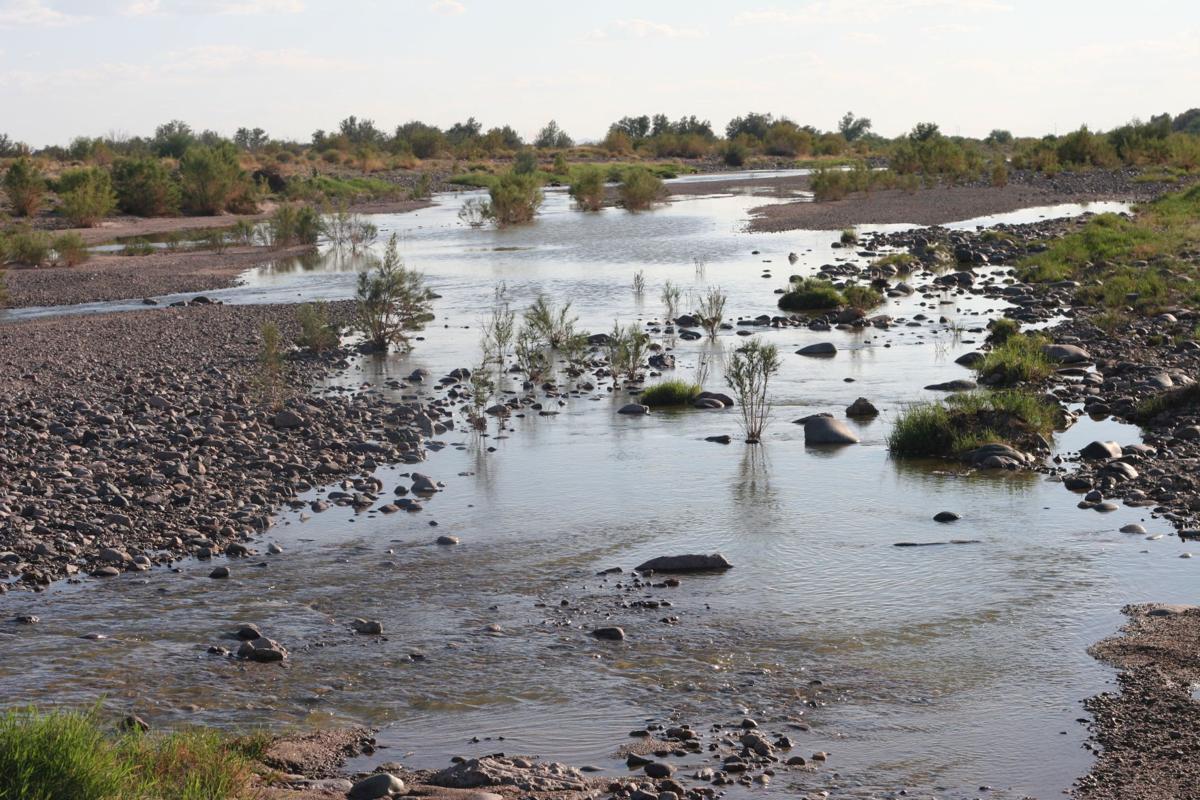 As the 20th century dawned, the Pima Indians’ system of agriculture had been destroyed and many of them were starving as white settlers upstream took over more of the Gila River’s water for themselves. 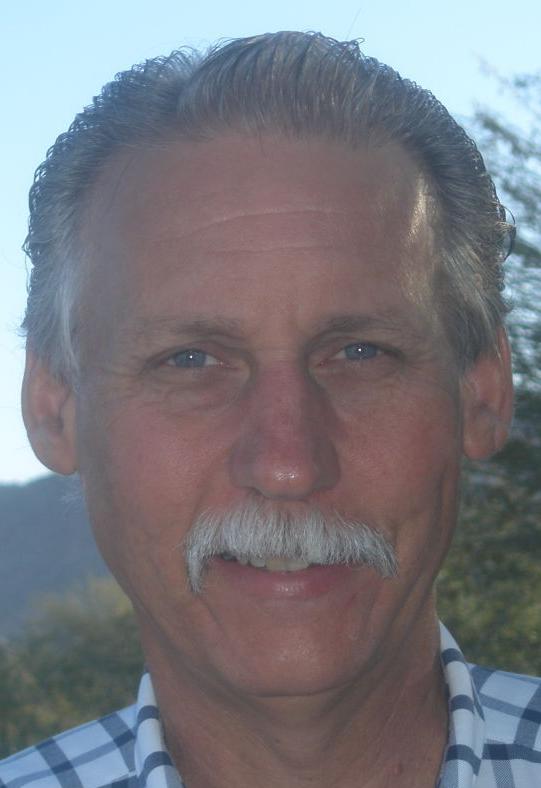 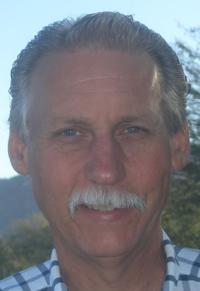 A 56-year-old bridge along Interstate 10 crosses over the bed of the Gila River north of Casa Grande.

Middle Fork of the Gila River in western New Mexico.

As the 20th century dawned, the Pima Indians’ system of agriculture had been destroyed and many of them were starving as white settlers upstream took over more of the Gila River’s water for themselves.

CASA GRANDE — Casa Grande resident David DeJong has spent a lifetime studying the Gila River and the impact it has had on the communities through which it flows.

And in his latest book, “Diverting the Gila,” DeJong tells the story of how attempts to divert the flow of the Gila River in the late 19th and early 20th centuries made an impact on the region.

“Florence, Coolidge and Casa Grande would not be what it is today without the development of a water system,” DeJong said. “I think an important takeaway from the book is for people to understand that life in this area today isn’t the way it always was. One hundred years ago, life was tough and water was scarce.”

DeJong, who has master’s and doctoral degrees in American Indian policy studies, is the director of the Pima-Maricopa Irrigation Project. He has written dozens of articles about federal Indian policy and regional water issues.

“Diverting the Gila” is the second in a five-book series about the river and its history.

The first book in the series, “Stealing the Gila,” tells the story of how early attempts to deprive the Pima Indian community of Gila River water rights impacted the agricultural livelihood of the Native American farmers in the mid-1800s.

“Diverting the Gila” picks up where “Stealing the Gila” leaves off with efforts aimed at restoring water rights to Native Americans.

“The diversion dam was built to restore the rights to the Native Americans. That was its primary purpose,” DeJong said.

The book “explores the complex web of tension, distrust and political maneuvering to divide and divert the scarce waters of the Gila River. Residents of Florence, Casa Grande and the Pima Reservation fought for vital access to water rights,” DeJong writes in the book.

“The story of water development in the Florence-Casa Grande Valley is a complicated story that came at the expense of the Gila River Indian Community’s water supply,” DeJong said. “The project was the forerunner of the San Carlos Irrigation Project that enabled the valley to become what it is today.”

“Diverting the Gila” also includes information about Arizona’s first congressman, Carl Hayden, “who not only united the farming communities but also used Pima water deprivation to the advantage of Florence-Casa Grande and Upper Gila Valley growers. The result was the federal Florence-Casa Grande Project that, as legislated, was intended to benefit Pima growers on the Gila River Indian Reservation first and foremost. As was often the case in the West, well-heeled, non-tribal political interests manipulated the laws at the expense of the Indigenous community,” DeJong writes.

“It’s really a story that needed to be told,” DeJong said. “I think the book will leave people with an appreciation of those who came before and the hardships they endured.”

The Pima-Maricopa Irrigation Project is a federally funded project aimed at delivering water from the Central Arizona Project (Colorado River), the Gila River and other sources to the Gila River Indian Community.

As director of the project, DeJong said he often reminds staffers that the project is not just an irrigation project but a nation-building effort as well.

“There was a time when the Pima communities were known as the breadbasket of the region. They grew wheat, barley, melons and other crops that not only fed the community but also provided food to people as far away as Prescott, where they fed mine workers and as far south as Sonora, Mexico,” DeJong said. “They had an extensive trade network. But with the first diversion of water off the reservation, agriculture began to decline.”

DeJong has several other books planned that continue to tell the story of the Gila River, broken down into digestible historical chunks.

The next book, “Damming the Gila,” delves into the events leading to the development of the San Carlos Irrigation Project.

The fourth, expected out in about eight years, “Fighting for the Gila,” explores the various court cases that involved the Gila River.

The fifth book, “Restoring the Gila,” is about the Pima-Maricopa Irrigation Project and efforts to restore the river.

Although the Gila River might look like a desolate stream bed to those who drive over it on Interstate 10, DeJong said there was a time when it was a flowing river set among a lush forest of trees.

“The early explorers would come up over the Sacaton Mountains and they’d know that the river was nearby because they’d see the trees,” DeJong said. “But the area was thick with so much greenery that they’d have to have Pima guides show them where the river was because they couldn’t see it.”

Efforts to restore the river and recharge the underground aquifer are underway and DeJong said someday, people will again see water flowing in the river.

“There are parts that have had the flowing stream restored and some of the willow trees have returned,” he said. “Seeing a flowing river again, it’s not a small thing.”

“Diverting the Gila” and “Stealing the Gila” are published by University of Arizona Press. Both are available online on Amazon.com and other places where books are sold.

GLENWOOD SPRINGS, Colo. -- A coalition of high-profile businesses, including Coors Seltzer and Coca-Cola, as well as the nonprofit Colorado Wa…

TEMPE -- When Kathryn Sorenson was director of water services for the city of Phoenix, she was in charge of a massive infrastructure that incl…

Lakes Mead and Powell could drop to lowest levels ever