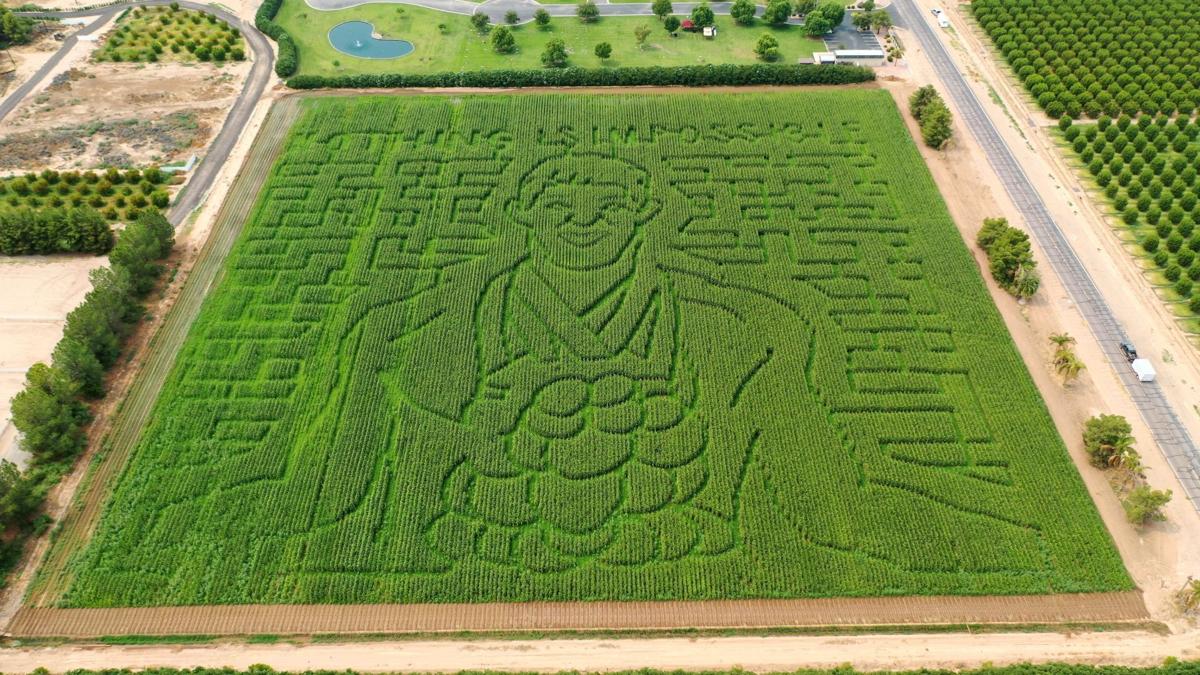 A massive Michael Phelps corn maze awaits brave adventurers at Schnepf Farms. The 10-acre corn maze will be open Thursday through Sunday through the month of October. A 4-acre maze also will be available for those who want one that is easier to navigate. 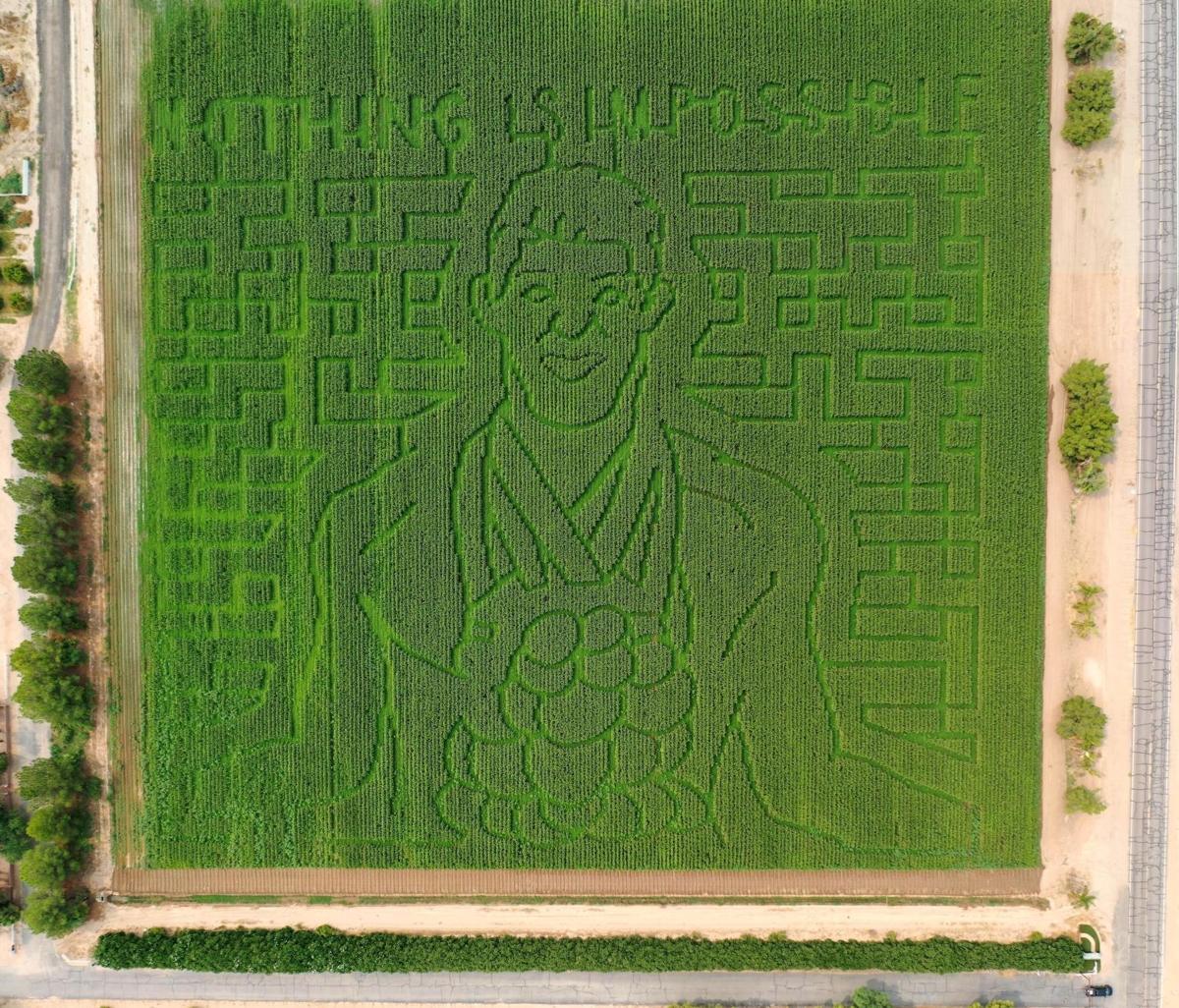 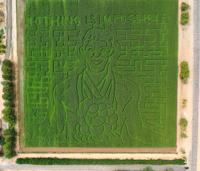 A massive Michael Phelps corn maze awaits brave adventurers at Schnepf Farms. The 10-acre corn maze will be open Thursday through Sunday through the month of October. A 4-acre maze also will be available for those who want one that is easier to navigate.

QUEEK CREEK — With three miles of twisting, turning pathways, it’s not uncommon for people to get lost inside the 10-acre corn maze at Schnepf Farms.

Each year, staff at the farm receive at least a few calls from people who went into the maze for an afternoon stroll, then couldn’t find their way out.

“When my kids were younger, I’d often send them in to rescue people who were lost inside,” said Carrie Schnepf, who along with her husband Mark runs the 80-year-old farm.

The corn maze has been an October tradition at Schnepf Farms for more than two decades.

“Walking through a corn maze is something that just feels like fall,” Schnepf said. “People love corn mazes. Going inside one can be scary, intriguing and fun all at the same time.”

Schnepf Farms creates two corn mazes each year — a 10-acre maze that can take hours to stroll through and a smaller 4-acre one that’s a bit easier to navigate.

The 10-acre maze generally features a celebrity. This year, Olympic swimmer Michael Phelps will be featured on the larger maze with an “Anything is Possible” theme.

“We wanted something positive,” Schnepf said.

This year’s smaller maze will be the American flag.

The corn maze, one of several attractions at the farm’s annual Pumpkin and Chili Festival, is generally open for about one month, early October through early November. Open Thursday through Sunday throughout the month of October, the event features a variety of farm-related activities, attractions, food and entertainment.

But planning for the corn maze begins months — sometimes a year — in advance.

The first step is selecting a field and planting the corn. The family plants a basic field corn variety, not an edible sweet corn.

“People often want to pick the corn and take some home,” Schnepf said. “But it’s not sweet.”

Once the corn is planted, the family decides on a theme for the annual maze, usually in the spring or early summer.

When the corn is about 6 inches tall, a pattern is selected and plans are created for the maze using a computer program.

They then consult with a Utah-based corn maze planner who creates mazes for farms nationwide.

Planning this year was different. In June, while planning was ongoing, it was uncertain if the COVID-19 epidemic would prevent the family from opening the farm in the fall.

“We were planning the maze this year not even sure if we would have a Pumpkin and Chili Festival,” Schnepf said. “I talked to the maze designer in Utah and he suggested still planning the maze and adapting if necessary in the fall. Adapting and moving forward is what farmers are used to doing. It’s what farmers have done for thousands of years.”

Using a GPS-guided tractor, the pathway is outlined in the field before the corn becomes too tall, then in the weeks leading up to the opening of the maze, when the corn stalks are more than 7 to 8 feet tall, the Utah-based designer visits the farm to finalize the maze.

“He goes in and knocks down the corn to create the path,” Schnepf said.

By early October, people begin visiting the maze, but the attraction is busiest in the final two weeks of the month.

At the end of the Halloween season, usually sometime in the first week of November, the maze closes and the corn is cleared away.

“It’s not thrown out,” Schenpf said. “The corn becomes food for the animals on the farm. We have goats, cows, fallow deer and pigs on the farm that love eating the corn from the corn maze.”

Then planning begins for the next year. Schnepf said she’s already considering a few ideas for the 2021 corn maze.

“In 2021 the farm will celebrate its 80th anniversary,” she said. “And we’ll also celebrate the 24th year of the Pumpkin and Chili Festival.”

For more information, visit the farm website at www.schnepffarms.com.