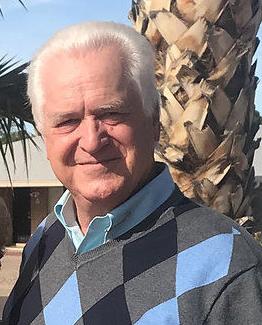 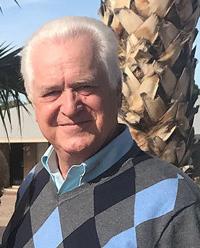 Tim Gustafson poses with his wife, Debbie, at World of Life Church in Mesa, where they are associate pastors. 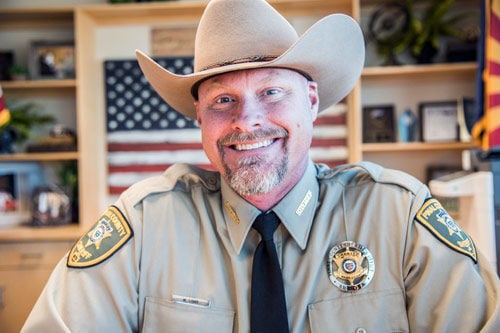 FLORENCE — An election nomination petition filed by the only candidate challenging incumbent Pinal County Sheriff Mark Lamb has been invalidated by a Superior Court judge.

The case was heard in Pinal County Superior Court after Lamb filed a lawsuit challenging about 130 signatures on Tim Gustafson’s party nomination petition. Lamb’s challenge successfully invalidated 127 of those signatures.

In a written decision on April 29, Judge Kevin White said the number of valid signatures gathered by Gustafson to put him on the Republican Party’s primary ballot on Aug. 4 was just not enough.

Pinal County Attorney Kent Volkmer said there is still a possibility that Gustafson could run as a write-in candidate.

Volkmer said Lamb filed the lawsuit against Gustafson as a candidate and not in his capacity as county sheriff. The County Attorney’s Office represented the county recorder, Virginia Ross, in the lawsuit.

During an April 27 hearing, the court determined that only 398 of the 525 signatures on Gustafson’s nominating petition were valid. A candidate must have 402 valid nominating signatures to be considered on the party’s ballot in the August primary.

This means Lamb will run unopposed in his first re-election attempt in November as the Democrats have not fielded a candidate.

In White’s April 29 decision, he determined one signature was a duplicate, one person signing the petition was not properly registered, five had signed Lamb’s nominating petition before signing Gustafson’s and 120 signatures were “invalid electors” who are required to properly provide their name, address and date of signing the petition.

The county recorder said that she found signing problems with the 123 signatures that were challenged by Lamb.

“The county recorder also explained in her testimony that the classification of a signer as an ‘invalid elector’ in the report based on ‘invalid date’ includes circumstances where there is only a partial date and also where the voter signs on a date when the signer is not properly registered,” White wrote in his decision.

White stated Cavanaugh’s testimony relied on a “stale hearsay report” that was not even admitted into evidence. He stated that nothing was convincing to challenge the Recorder’s Office report on Gustafson’s nominating petition.

Volkmer said there are a variety of reasons why petition signers were invalidated, and the court determined 127 of the signatures on Gustafson’s petition were invalid, leaving him with just 398 signatures, four less than the required 402 to appear on the ballot.

Volkmer added that candidates launching signature challenges like this are very common in Arizona politics.

Both the Lamb and Gustafson campaigns were contacted for comment by PinalCentral but neither responded.

GOLD CANYON — Tim Gustafson, a pastor running for Pinal County sheriff as a Republican, does…

FLORENCE — Pinal County Sheriff Mark Lamb is forming a new “citizens posse” that he might eventually call on to help in a major emergency.