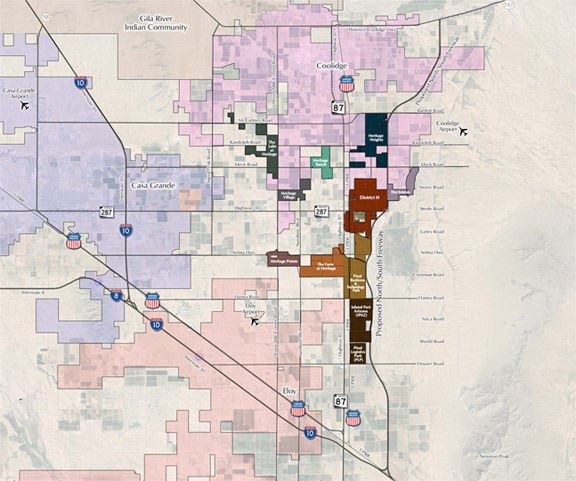 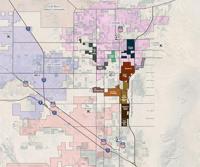 A map of the land bought by Pinal Land Holdings in 2014 that they want to develop and the surrounding areas. 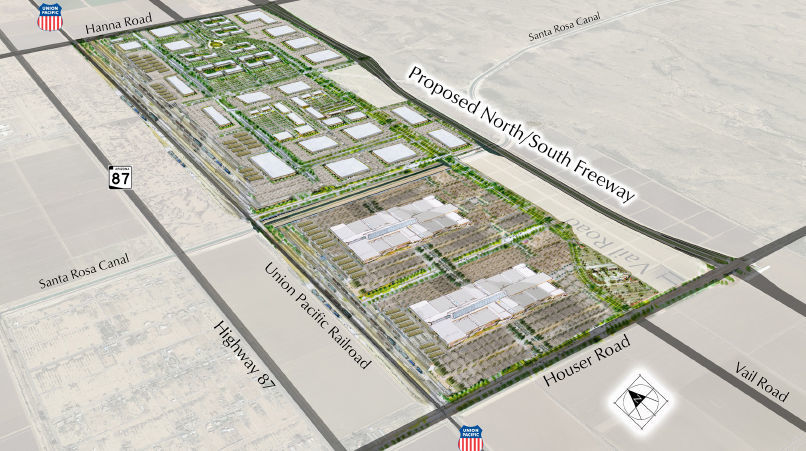 A rendering of Saint Holdings’ planned Heritage Project shows where it would be located and its proximity to infrastructure. 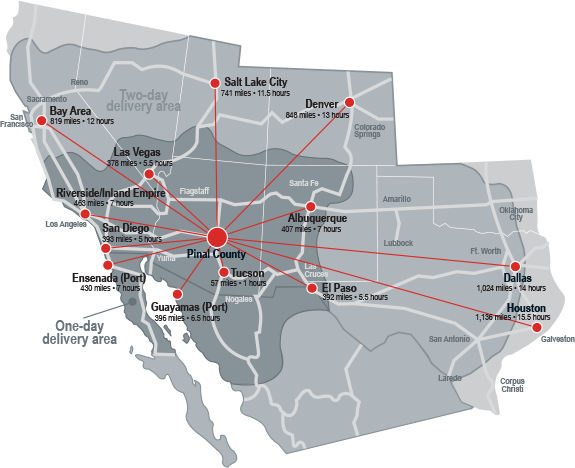 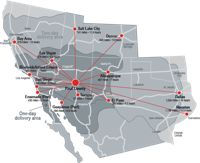 This map shows how far major cities are from Pinal County, allowing for easy distribution of goods through the West via current infrastructure. 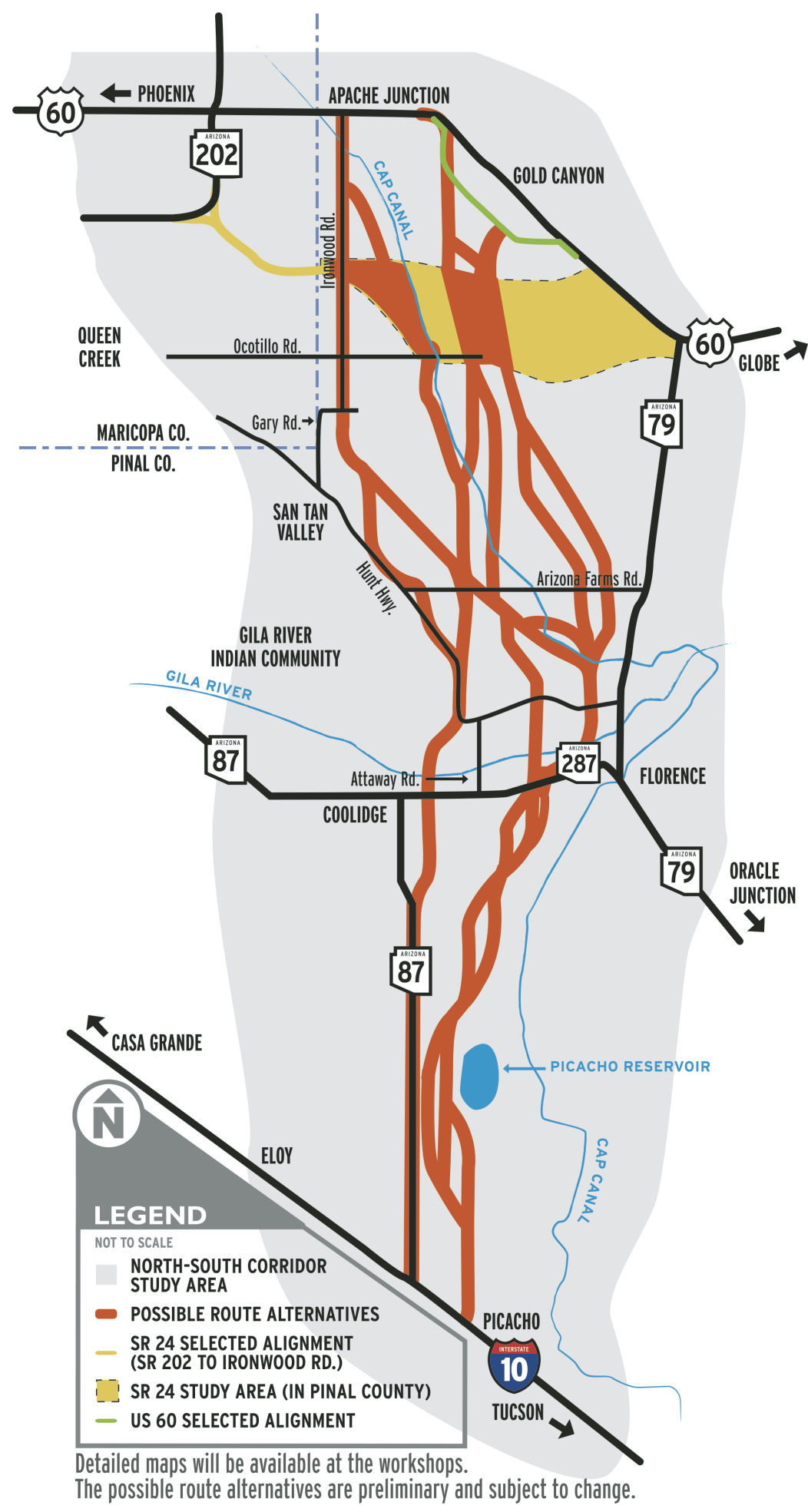 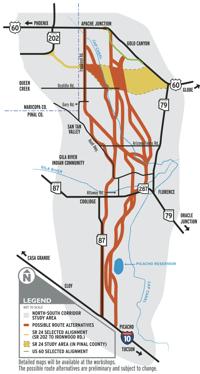 Shown are some of the proposed paths for the “north-south freeway” that would link the East Valley with I-10 near Picacho. 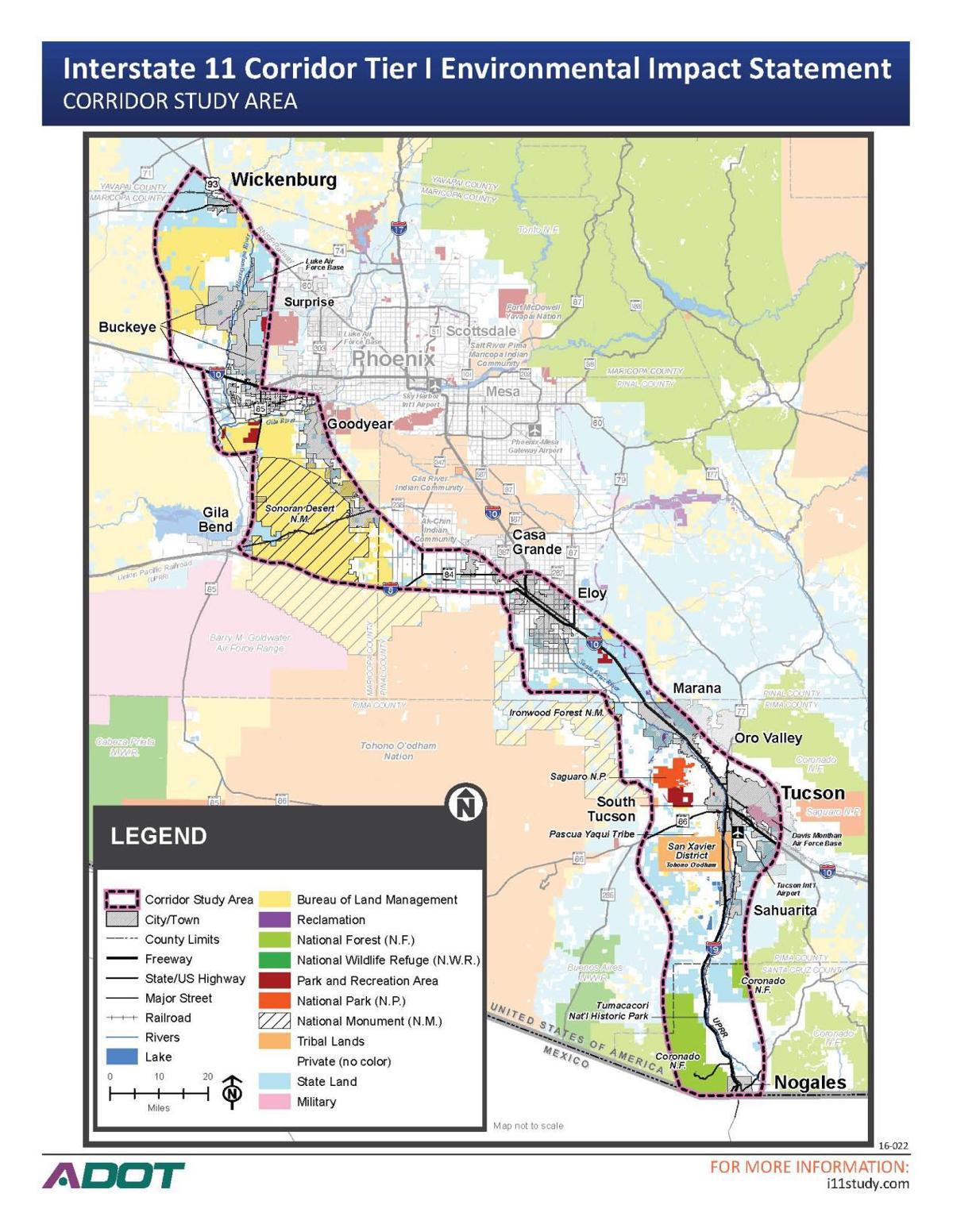 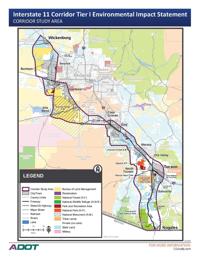 A map of the study corridor for the proposed I-11 highway that would connect Nogales and Wickenburg.

A map of the land bought by Pinal Land Holdings in 2014 that they want to develop and the surrounding areas.

A rendering of Saint Holdings’ planned Heritage Project shows where it would be located and its proximity to infrastructure.

This map shows how far major cities are from Pinal County, allowing for easy distribution of goods through the West via current infrastructure.

Shown are some of the proposed paths for the “north-south freeway” that would link the East Valley with I-10 near Picacho.

A map of the study corridor for the proposed I-11 highway that would connect Nogales and Wickenburg.

Proposed freeways in Pinal County are spurring speculators to buy up vacant property in anticipation of a building boom.

Investors in real estate and developers have quietly been sinking money into land throughout the area, banking on key transportation projects coming to fruition, primarily the proposed Interstate 11 and the “north-south freeway” that would connect Interstate 10 at Picacho with the East Valley.

Most notable among these is a 11,447-acre buy by Pinal Land Holdings LLC, which followed the $114 million sale with annexation into the city of Coolidge in early 2014.

“A purchase of that size doesn’t come along very often,” said Matt McCormick, the vice president of acquisitions for Pinal Land Holdings, which bought the land from the city of Mesa, which originally acquired it in 1985 for the water rights.

The annexation of the land into Coolidge added nearly 13 square miles to the city. According to McCormick, the plan is to develop the area with industry first, between Houser and Hanna roads along State Route 87. Businesses that locate there would be able to take advantage of the Union Pacific Railroad line, a planned inland port and proximity to I-10 and I-8.

The rest of the property would turn into a mixed-density residential and commercial area over a period of several decades and multiple phases. The project is entitled Heritage. Its proximity to utilities like Salt River Project, Electrical District 2 and the Central Arizona Project canal make the property valuable for many projects.

The paths of these large freeway projects are yet to be determined, and the Arizona Department of Transportation has not secured funding for the second tier of the environmental studies that need to be completed before land acquisition and construction can begin.

Right now the maps for the north-south freeway look like a “pretty messy plate of spaghetti,” said Jason Hafner with the Sun Corridor Metropolitan Planning Organization.

While the route of the northern part of the freeway near San Tan Valley is undetermined, the options for the path near Coolidge and Eloy have been narrowed down.

“In our area, we know it will be near us, whether (the north-south freeway) is on our land doesn’t really matter, the whole region is going to benefit from it,” McCormick said.

As for the Interstate 11 project, the corridor for that has yet to be identified and is facing opposition from some groups in Avra Valley, where the freeway may end up.

“Once they identify the preferred corridor they’ll still have to go through the environmental-study process, and since it’s such a long roadway, it’s going to be tremendously expensive,” Hafner said.

The whole region could be impacted by these projects regardless of where the roads are built. The area is already attractive to developers and business because of its proximity to I-8 and I-10, which enables transports to reach a population base of more than 65 million people within a day’s drive.

Along with these, places around Pinal County are slowly starting to recover from the 2008 recession, according to data collected by The Cromford Report.

Recently, he said, he’s seen a trend of people hanging on to their homes or properties that they would have sold before.

“If you owned a house in the area and a big plant was coming into town, would you put it up for sale right now?” Yost said. “Probably not, you’d wait to see how the market reacts.”

A lot of things are up in the air, including action from the new administration under President Donald Trump. The idea of paying for the border wall with Mexico with a tariff on goods imported could scare off investors like Lucid Motors, which wants to take advantage of resources in Sonora for its supply chain.

During his campaign Trump promised $1 trillion in infrastructure spending spurred by a $137 billion tax credit program for private investors. If he follows through, that plan may put more money in the pocket of the Arizona Department of Transportation for large projects.

Many factors are coming into play that have investors and businesses excited about Pinal County, but there is also a lot of uncertainty. Depending on who you ask, the boom is already happening, or maybe not.

“It’s immediate, it’s now,” McCormick said. “We’re seeing large-scale projects on almost a monthly basis that are interested in the area. Not all of them stick, but we’re still getting bites.”

His company, Pinal Land Holdings, has a vested interest in many projects throughout the county. In addition to the massive Heritage project, Pinal Land Holdings also owns Central Arizona Commerce Park, which has attracted a Tractor Supply Company distribution center and Lucid Motors’ planned plant.

But the mood of others is cautious optimism.

“Will prices go up?” Yost said. “Economic conditions are gonna make that happen if PhoenixMart takes off, if Lucid Motors comes in. All these are factors. But as more people are getting priced out of the Valley, if gas stays cheap, people will drive further to qualify for a mortgage.”

So while growth is happening and more is planned, completion is likely years away.

Because ADOT currently does not have the money to study the corridors in their second phase, Hafner of the Sun Corridor MPO said 2035 is a good estimate for when the projects might be built.

PHOENIX — Unable to find the legislative votes for a statewide gas tax hike, a Senate panel on Tuesday approved a package of alternate methods…

Deadline for I-11 input Friday

Pinal lawmakers: Widen I-10 before talking about an I-11

CASA GRANDE — State lawmakers and a U.S. congressman say they’re apprehensive about building a new freeway that could cut through a section of…

I-11 study progressing as planned

Ideal location of new Pinal freeway up for debate

COOLIDGE — The North-South Freeway will be years in the making, yet that hasn’t deterred local residents from discussing where exactly the fre…

State commits $155M in funding to proposed I-11

Old I-10 bridges demolished in Picacho