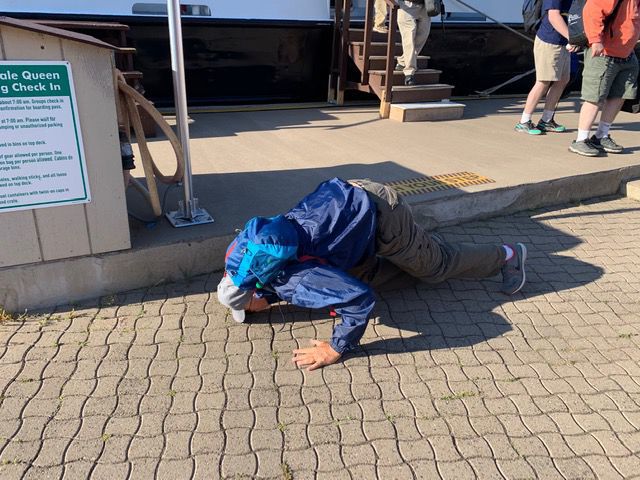 Me after the ride back. 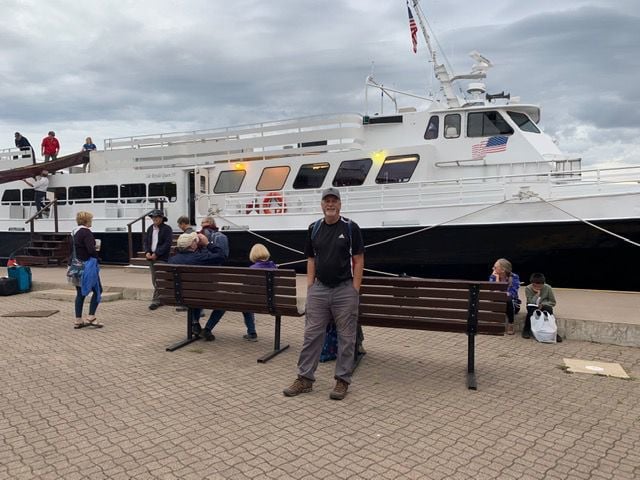 Me on the ride over. 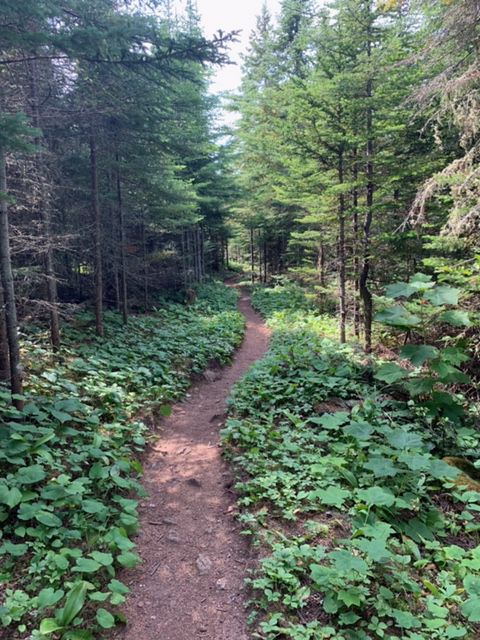 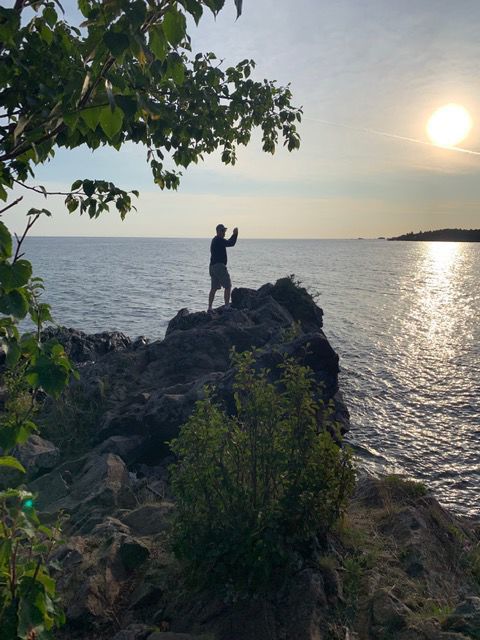 Me after the ride back.

Me on the ride over.

The legend lives on from the Chippewa on down

Of the big lake they called Gitche Gumee

The lake, it is said, never gives up her dead

When the skies of November turn gloomy

— “The Wreck of the Edmund Fitzgerald”

Sixty years ago my father took my oldest brother to Isle Royale National Park, which is situated 54 miles off the coast of Michigan’s Upper Peninsula in the middle of Lake Superior.

On the four-hour boat ride over, my brother, then 8, got so sick that when they finally arrived on the island he got off the boat and kissed the ground.

Dad didn’t have the heart to tell him he had to ride the boat back.

This summer I made a Howell family triumphant return trip to the island. But on the return boat ride, I too got sick as the ferry bounced around on 6-foot waves among 20 mph wind gusts, zigzagging across the world’s largest freshwater lake.

What was worse is I couldn’t get Gordon Lightfoot’s song out of my head. Gitche Gumee accurately describes what I felt like. I was so sick I was wishing for the same result in the song for our boat just to put me out of my misery.

I was so bad off that even a sympathetic millennial offered me some marijuana. I politely declined. I didn’t ask him if it was medical or not.

My wife, on the other hand, had taken Dramamine. I couldn’t take any anti-sickness pill because of a medical condition. I considered challenging fate and taking the pill, figuring any side effects would be welcome to the condition I was in, even if it resulted in death.

My wife did just fine talking with a new-found friend the whole trip as I lay on a bench next to them. Their conversation ranged from family roots to descriptions of different bouts of sea sickness, which didn’t help my condition. I was tempted just to go to the railing and throw myself overboard to get away from the conversation. But that would have meant getting up and walking on the rocking ship, which I wasn’t about to do. So I just lay there wallowing in my misery, while my wife chatted away.

When we finally made it to land at Copper Harbor, Michigan, I got off the boat and kissed the ground. My wife snapped a photo and sent it to my brother.

He enjoyed my misery.

However, I quickly recovered and enjoyed a nice dinner at a popular local restaurant.

Despite my illness, the trip was more than rewarding. The 45-mile island is a touch of north woods paradise. There are no roads on the island, and access is only by boat or float plane. And it is actually closer to Canada than the U.S.

In fact, Michigan only got the island and the upper peninsula as a consolation for losing the “Toledo War” in 1835 with nearby Ohio. (Or winning, depending on your opinion of Toledo.) Ohio got Toledo and Michigan got one of the most pristine national parks in the country.

The park, established in 1940, is known for its healthy stock of wild moose roaming the island and the wolves who co-exist with them. The moose got on the island by swimming or crossing an ice bridge in the early 1900s. The wolves followed but needed a recent transplant infusion because they had died off. We saw three moose and heard the wolves during our four-day stay.

The best part is that there are no bears on the island, which greatly pleased my wife. We hiked numerous trails and took a sunset cruise around a portion of the island that was breathtaking.

Because of its isolation, Isle Royale is one of the least visited national parks in the Lower 48 states.

Earlier this summer I visited Alaska, where I also threw up on a bush plane while flying over a glacier. Both trips made for an excellent summer away from the heat of Casa Grande.

Next summer I may visit Acadia National Park in Maine.

I haven’t thrown up there yet.

Andy Howell can be contacted at ahowell@pinalcentral.com.

Howell: Cleveland rocks the boat with its mascots

Howell: Having enough water is what matters in preparing for a desert hike

On Jan. 18 a 14-year-old boy holding a toy gun was shot and killed by a Tempe police officer…

Howell: A proper toast is food for thought

The biggest complaint women have about men is that they don’t listen.

Howell: Public can go bananas over a work of art

When I was named editor in 2002 of the Standard-Examiner in Utah, I inherited an office the size of a Robeson Ranch villa. A co-worker walked …