FILE - This Sunday, April 5, 2020, photo shows an envelope containing a 2020 census letter mailed to a U.S. resident in Detroit. The U.S. Census Bureau has spent much of the past year defending itself against allegations that its duties have been overtaken by politics. With a failed attempt by the Trump administration to add a citizenship question, the hiring of three political appointees with limited experience to top positions, a sped-up schedule and a directive from President Donald Trump to exclude undocumented residents from the process of redrawing congressional districts, the 2020 census has descended into a high-stakes partisan battle. (AP Photo/Paul Sancya, File) 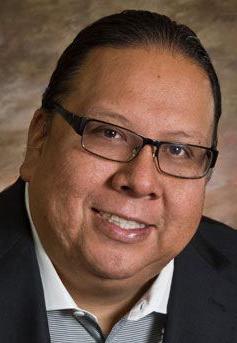 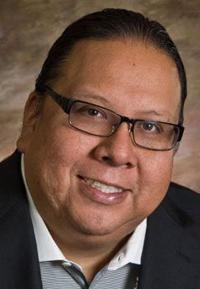 ORLANDO, Fla. — A federal judge has stopped the 2020 census from finishing at month’s end and suspended a year-end deadline for delivering the numbers needed to decide how many seats each state gets in Congress.

The preliminary injunction granted by U.S. District Judge Lucy Koh in California late Thursday orders the once-a-decade head count of every U.S. resident to continue through the end of October.

“An undercount in any locality matters greatly. Even a small undercount of a subset of the hard to count population would result in the loss of federal funding,” Koh wrote. “These harms and others will last through 2030, if not later.”

“I am pleased that the court’s decision will provide additional time for census operations and provide the opportunity for a complete and accurate census. Indian Country is already the most undercounted population and we also have been the hardest hit by COVID-19, according to the CDC. To rush a census during a pandemic is an unnecessary assault against tribal nations — one that we would have to live with for the next 10 years.”

The Department of Justice may appeal the decision, and it may ultimately be up to the Supreme Court to make the final determination.

Regarding next steps, Lewis commented, “It is my hope the United States sees that today’s decision was the right outcome and declines to appeal so we can put our resources into making sure the Gila River Indian Community and all of Indian Country are counted in this decennial census.”

The judge sided with attorneys for civil rights groups and local governments that sued the U.S. Census Bureau, arguing that minorities and others in hard-to-count communities would be missed if the counting ends this month.

In granting the preliminary injunction, the judge said the plaintiffs were likely to succeed at a trial. The federal government had failed to consider its duty to produce an accurate head count and neglected to adequately explain a reason for the shortened schedule, she said.

Koh said inaccuracies produced from a shortened schedule would affect the distribution of federal funding and political representation over the next 10 years. The census is used to determine how $1.5 trillion in federal spending is distributed each year and how many congressional seats each state gets.

Before the coronavirus pandemic hit in March, around the same time the census started for most U.S. residents, the bureau had planned to complete the 2020 census by the end of July.

In April, in response to the pandemic, it extended the deadline to the end of October. Then, in late July or early August, the deadline changed once again to the end of September after the Republican-controlled Senate failed to take up a request from the Census Bureau to extend the Dec. 31 deadline for turning over the numbers used for deciding how many congressional seats each state gets.

Attorneys for the Census Bureau had argued that the census must finish by the end of September to meet the Dec. 31 deadline and have enough time for crunching the numbers used for deciding how many congressional seats each state gets, in a process known as apportionment.

Koh’s preliminary injunction suspended that end-of-the-year deadline, too, giving Census Bureau statisticians time to crunch the numbers for apportionment from the start of November until the end of next April, for the time being.

Previously, the Census Bureau had only half that time for data processing, from the start of October until the end of December.

The San Jose, California-based judge had previously issued a temporary restraining order prohibiting the Census Bureau from winding down field operations until she ruled.

Attorneys for the Census Bureau and the Department of Commerce, which oversees the agency, had said during the hearing they would likely appeal if the ruling went against their position. The Commerce Department didn’t immediately respond to an email inquiry early Friday.

The civil rights groups and local governments alleged that the decision to shorten the schedule was made to accommodate a directive from Trump that tried to exclude people in the country illegally from the apportionment numbers. A three-judge panel in New York blocked Trump’s directive earlier this month, saying it was unlawful. The Trump administration is appealing to the Supreme Court.

Koh’s order cites internal communication among top Census Bureau officials who worried that cutting a month off the census would produce a count with “fatal data quality flaws.” An email from Tim Olson, associate director for field operations, to his colleagues called it “ludicrous” to believe a full count could be completed before Oct. 31 and that anyone thinking the apportionment numbers would be turned in by Dec. 31 “has either a mental deficiency or a political motivation.”

Koh’s decision ensures that hard-to-count communities won’t be overlooked and produce an incomplete count, said Kristen Clarke, president and executive director of the Lawyers’ Committee for Civil Rights Under Law, which represented some of the plaintiffs.

“The court’s decision repudiates the 11th hour actions of the Trump administration and makes clear that our democracy turns on achieving a full and fair count of all people across our nation,” Clarke said.