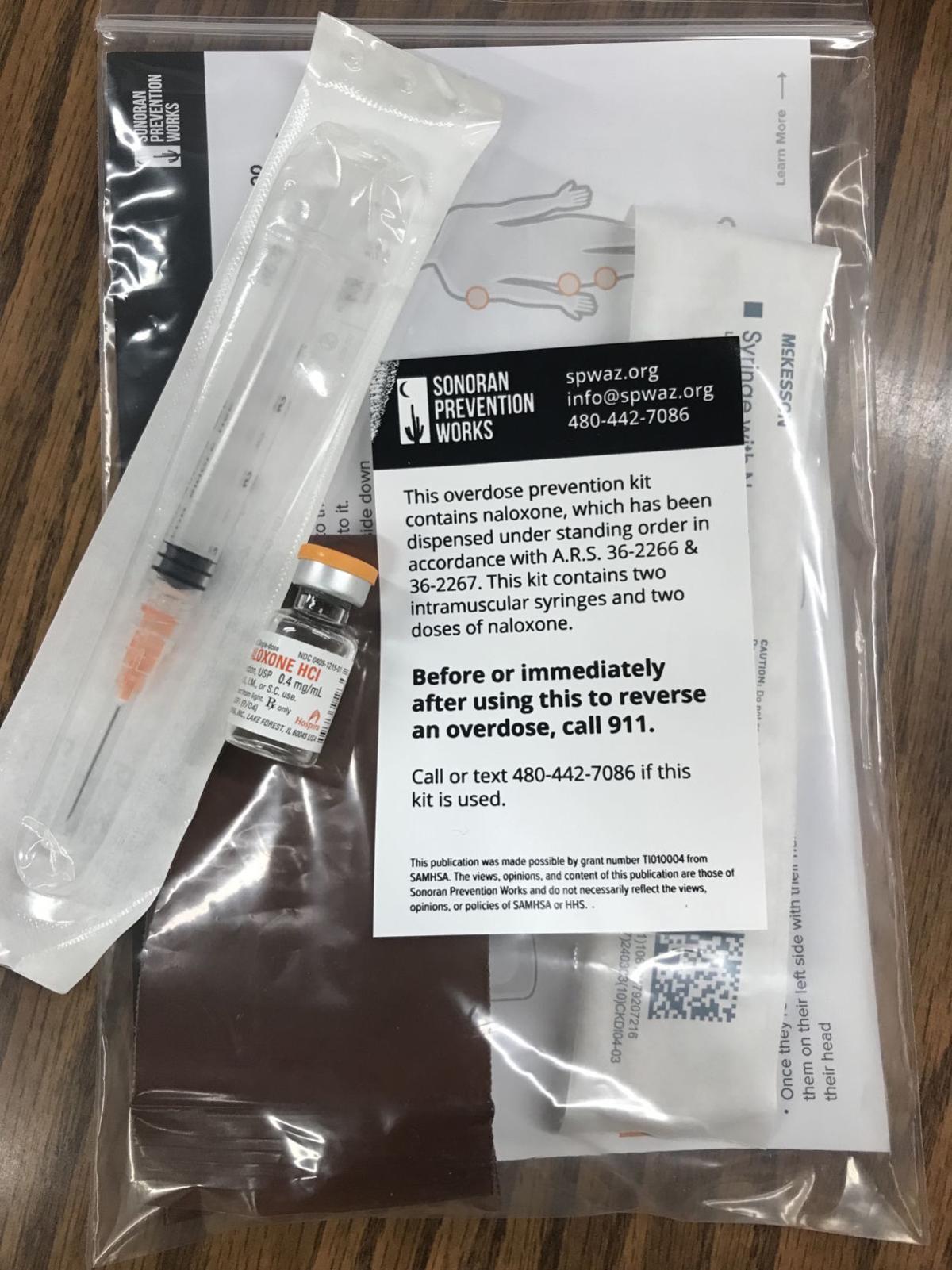 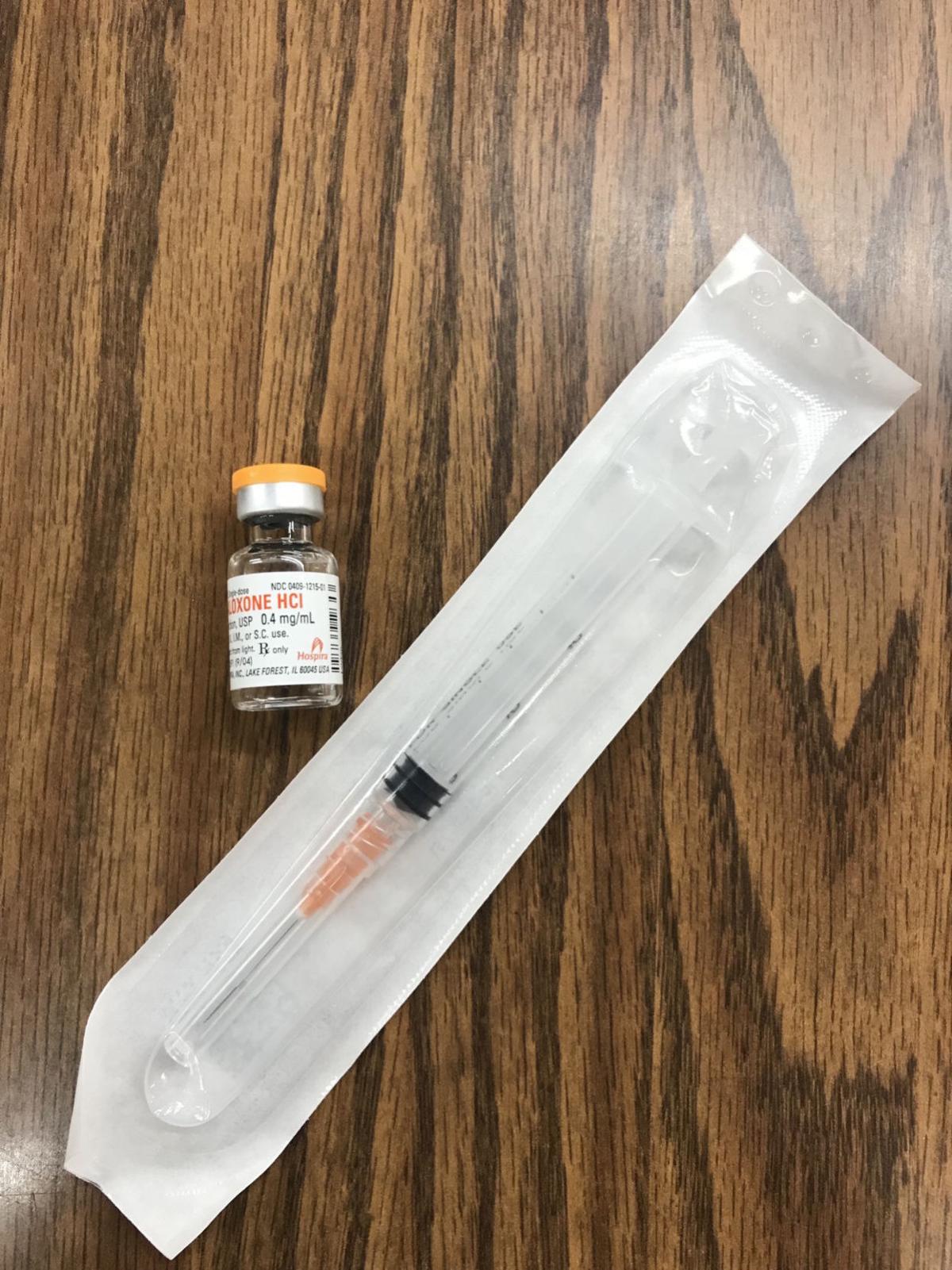 A vial of naloxone and a syringe from Sonoran Prevention Works

A vial of naloxone and a syringe from Sonoran Prevention Works

Christopher Thomas, the overdose prevention coordinator for SPW, was at the Casa Grande Alliance office Wednesday evening to teach the public about the signs of opioid abuse, how to use an overdose prevention kit and pass out free kits to anyone who wanted to take one.

About 20 people attended the 2½-hour presentation, many of them nurses in training from Central Arizona College.

Thomas said that about five Arizonans a day die from an opioid overdose. Most of the deaths occur when a person is using the drug alone. A person is also more likely to die from an overdose if living in a rural area where access to immediate emergency medical care can be many miles away, he said.

More than 26,900 opioid overdoses have been reported to the Arizona Department of Health Services since June 2017, according to the department’s website. And more than 3,500 people have died from an overdose in the state during that time period.

While better regulations on prescription opioids have reduced overdose deaths nationwide, people are still overdosing on illegal opioids such as heroin and fentanyl, he said. And regulations don’t address the multiple and complex reasons why some people abuse opioids and other drugs.

The old ways of labeling drug abuse as a moral failing and something that a person can stop cold turkey aren’t working, Thomas said. New ways that minimize the harm that people can do to themselves while using drugs, such as needle exchange programs and providing safe places where people can be monitored while they use drugs, can prevent overdose deaths and encourage people with substance abuse problems to seek help by treating them with respect.

Handing out overdose prevention kits to the general public and teaching people how to use them is another way of reducing the harm someone who is abusing drugs can do, Thomas said. The kits are especially necessary now that the highly potent opioid fentanyl is being found in other illegal drugs, such as cocaine, marijuana and meth. The people who regularly use these types of drugs may be unaware that the drugs have fentanyl in them and overdose, he said.

Thomas showed how to check if a person is overdosing by rubbing the middle of a person’s chest with the knuckles of the hand to see if there is a response. If the person doesn’t respond, Thomas told the group to call 911 first and then administer naloxone.

The overdose kits that Sonoran Prevention Works passes out are easy to use but people have to be able to inject someone with a syringe, he said. The kits consist of two vials of naloxone, two syringes and an instruction card.

Thomas showed how to open the medication vials and fill the syringes. He recommended injecting a person in the thigh or upper arm through the clothing. Removing the clothing of a person who is overdosing wastes time and can traumatize them if they return to consciousness and realize they’re naked, he said.

Thomas also encouraged anyone who needed additional kits to contact SPW either through the website, spwaz.org, or by calling his office at 520-402-7748.