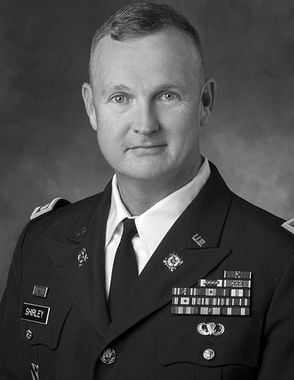 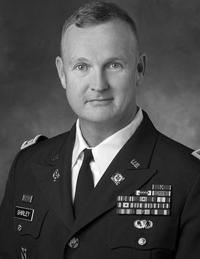 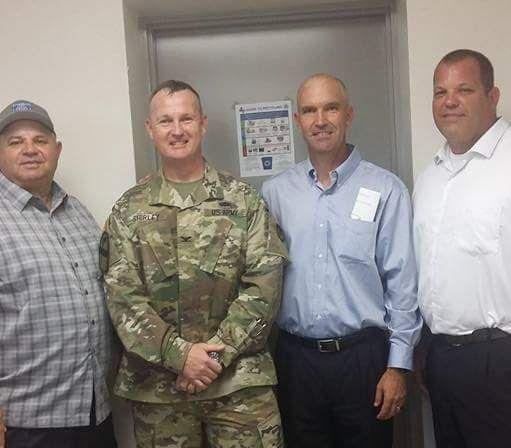 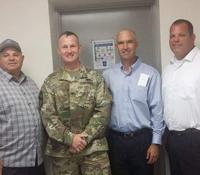 Ben Gutierrez, from left, Col. Eric Shirley and friends Kevin Van Hazel and Chuck Walton Jr. are photographed May 6 after Shirley was nominated for promotion to the rank of brigadier general.

Ben Gutierrez, from left, Col. Eric Shirley and friends Kevin Van Hazel and Chuck Walton Jr. are photographed May 6 after Shirley was nominated for promotion to the rank of brigadier general.

A former Casa Grande resident and a 1989 graduate of Casa Grande Union High School is being promoted from U.S. Army colonel to the rank of brigadier general.

Col. Eric P. Shirley was nominated for the promotion on April 13, according to a document on the senate.gov website.

His promotion ceremony is expected to take place in June and area resident Ben Gutierrez plans to travel to Washington, D.C., to help him celebrate.

“I was at the ceremony at Fort Hood, Texas, when he got his colonel pin and I’ll be there when he’s promoted to brigadier general,” Gutierrez said.

Gutierrez was a staffer at Casa Grande Union when Shirley was a student.

“He is the epitome of a success story,” Gutierrez said. “He overcame so many obstacles.”

Gutierrez said he served as a mentor and honorary “big brother” to Shirley during his high school years.

As a student in the late 1980s, Shirley played as a lineman on the Cougars football team. In 1988, the team went to the playoffs.

“He was part of that winning team,” Gutierrez said.

Gutierrez remembers Shirley as a good student and a good athlete.

“Even as a student, he stood out,” Gutierrez said. “He was very mature.”

After Shirley graduated, the two stayed in touch. Shirley would often return to Casa Grande to visit his family and friends, including Gutierrez.

In 2017, Shirley was inducted onto the Casa Grande Union High School Wall of Fame during a football game, along with coach Clint Myers and PinalCentral former sports editor Ed Petruska, according to a 2017 PinalCentral article.

Shirley graduated from the University of Arizona with a Bachelor of Science degree in business in 1993. He has a master’s degree in military arts and science from the Army’s School of Advanced Military Studies, according to a short biography about him on the Hoover Institution website. He was the Army national security affairs fellow for the Hoover Institution for the 2013-14 academic year.

He is also a graduate of the U.S. Army Command and General Staff College in Fort Leavenworth, Kansas.

Throughout his career, Shirley has served as a logistician and has deployed to Iraq and Afghanistan. His units of assignment were the 4th Infantry, 1st Cavalry and 1st Infantry Division, where he commanded the 193rd Brigade Support Battalion, according to the Hoover Institution bio.

He was a professor of military science at Truman State University in Kirksville, Missouri.

In 2016, he took command of the 407th Army Field Support Brigade at Fort Hood, Texas. He later served as a colonel at the Department of Health and Human Services and was chief of staff on the Operation Warp Speed Task Force.

On April 13, Shirley was among about 30 Army colonels recommended for promotion to brigadier general.