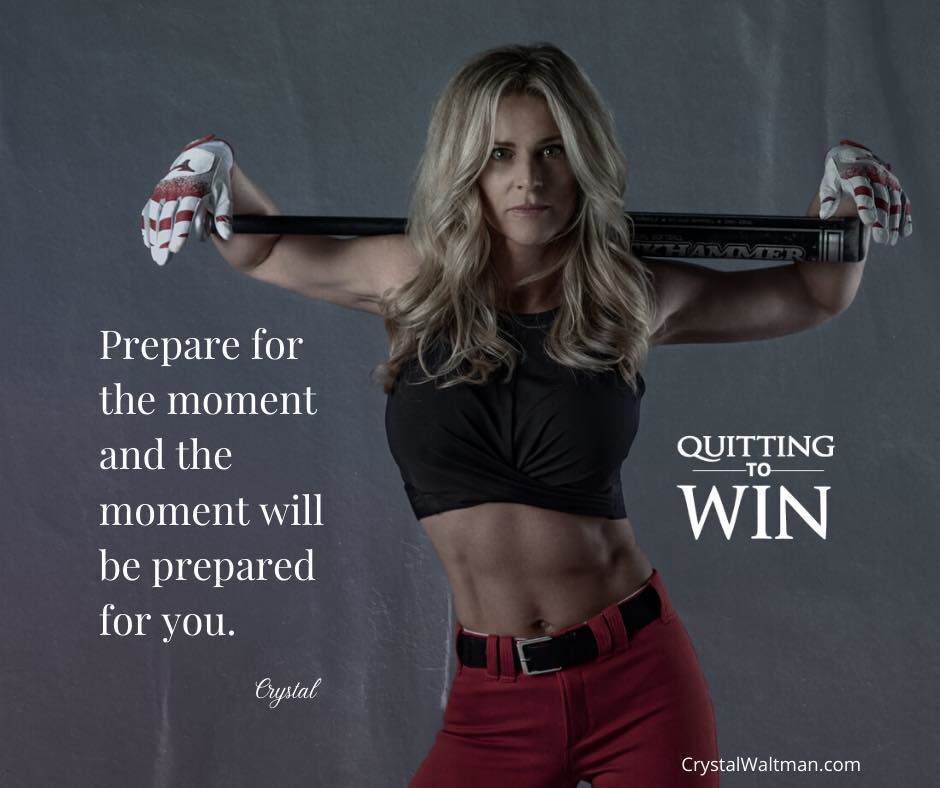 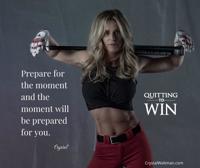 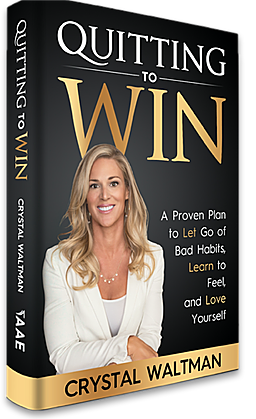 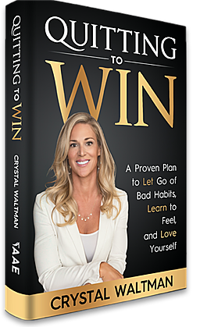 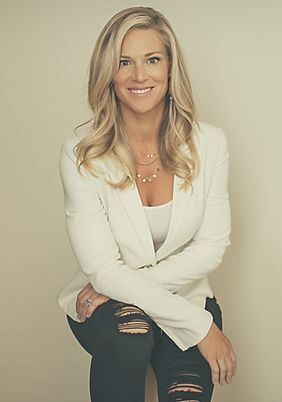 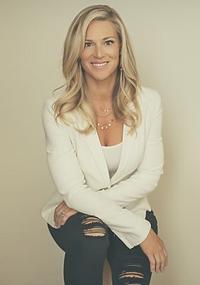 In her new book, "Quitting to Win," author Crystal Waltman writes about her days on the 1997 Central Arizona College softball team that won the NJCAA championship. 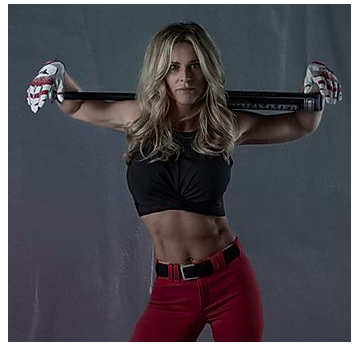 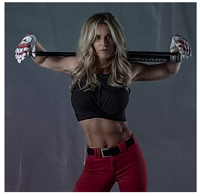 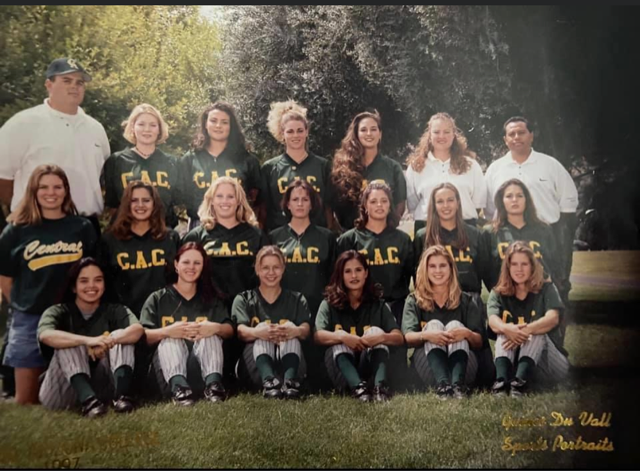 In her new book, “Quitting to Win,” author Crystal Waltman writes about her days on the 1997 Central Arizona College softball team that won the NJCAA championship. She was No. 33. In this photo she is in the center of the back row (with the big ponytail). 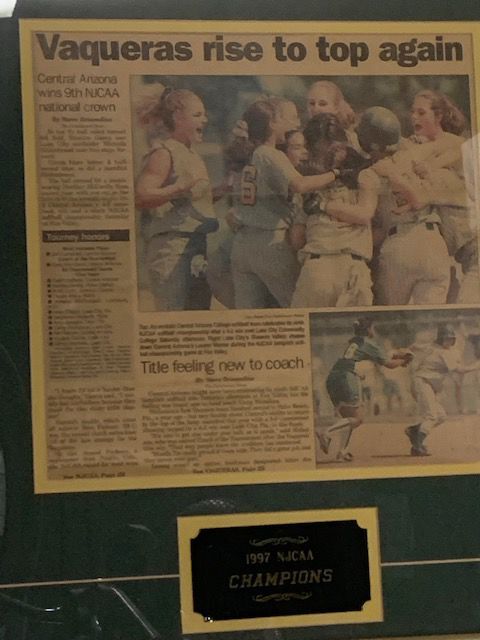 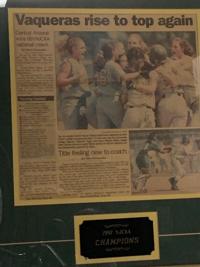 With a new book, “Quitting to Win,” a former first baseman for a championship Central Arizona College softball team hopes to share her thoughts, wisdom and experiences to encourage others to embrace what she calls “spiritual fitness.”

“When I was younger, I never pictured myself over 40,” said Crystal Waltman, 42. “Alcohol prevented me from having that vision of myself. I was always athletic, and alcoholism crept up on me. I approached alcohol with a competitive sports-like mentality.”

“Quitting to Win” is described as “a proven plan to let go of bad habits, learn to feel and love yourself. How to recognize pain from the past and move forward without being resentful or carrying regret.”

Waltman said she was thinking of her younger self and the girls and young women she coaches when she wrote it.

Waltman, who grew up in Glendale, began playing softball at age 4. By age 10, she was playing and training competitively.

She attended Central Arizona College (under her maiden name of Crystal Wallin) for two years on a full-ride softball scholarship and played on the 1997 team that won the NJCAA national championship and the 1998 squad that was national runner-up.

In her home office, she keeps a framed copy of a 1997 Casa Grande Dispatch article about CAC’s championship win.

The photo in the article captures the happy time, she said.

When she looks at it she thinks of “all the hard work and sacrifice we made as a team,” she said.

Before his death, her stepfather kept the framed article in his office.

“My stepdad Bill was my unwavering number one fan until he passed in July of 2014,” she said.

Chapter 1 of “Quitting to Win” opens during her CAC years. In “Softball, Scholarships and Suicide,” the first chapter delves into the issues of teen alcohol consumption and competitive teen athletics as Waltman discusses the sudden suicide of her childhood friend.

“I couldn’t help but feel there was always something missing. What was missing was my spiritual connection and the right intentions of inner physical and mental health. Instead of leading with my accomplishments, I find it creates a greater bond when I lead with progress. I strive for progress, not perfection. Lord knows I am not perfect by any means,” Waltman writes in her book.

Waltman said she has fond memories of her time at CAC.

“It was a great program,” she said. “At the time, the students living in the dorms were predominantly in athletics. We lived together, studied together and trained together. CAC is the hidden gem of Arizona. We all felt lucky to be there.”

After graduating from CAC, Waltman transferred to Arizona State University. She earned a degree in communications and later pursued a career in fitness, working as a nutrition coach, personal trainer and yoga teacher.

For the past five years, she has been a public speaker, sharing the stories of her life, that she said focus on “triumph over tragedy including sports, sobriety and spine surgery.”

With her book, she aims to share a message of hope for those who struggle with anxiety, depression or addiction.

A fourth-generation Arizonan, she said she’s learned the value of taking care of herself so that she can be of service to others.

“Quitting to Win” is a first-time book for Waltman. It was released July 7 and has been nominated for a Global Award. The 16-category competition includes authors of all kinds, including self-published, traditional and collaborative publishing projects.

Entries are reviewed, then audiences can vote on their favorite book based on various traits such as social contribution, overall presentation and originality.

“People can go online and vote for the book,” Waltman said. “The more people who vote, the more of a chance I have to win.”

Hundreds of books from around the world are competing for a Global Ward, Kary Oberbrunner, founder of Author Academy Elite and the Author Academy Awards, said in a press release.

“Our goal is to help further connect this global community of authors, maintain excellence and integrity of the book publishing industry, and raise awareness that the stories being told and the authors who write them are worth our attention,” Oberbrunner said.

Those who wish to vote for Waltman may do so online by visiting AuthorAcademyAwards.com.

The top 10 finalists in each category will be invited to present their book synopsis at an Author Academy Awards Red Carpet Session in October in Columbus, Ohio.