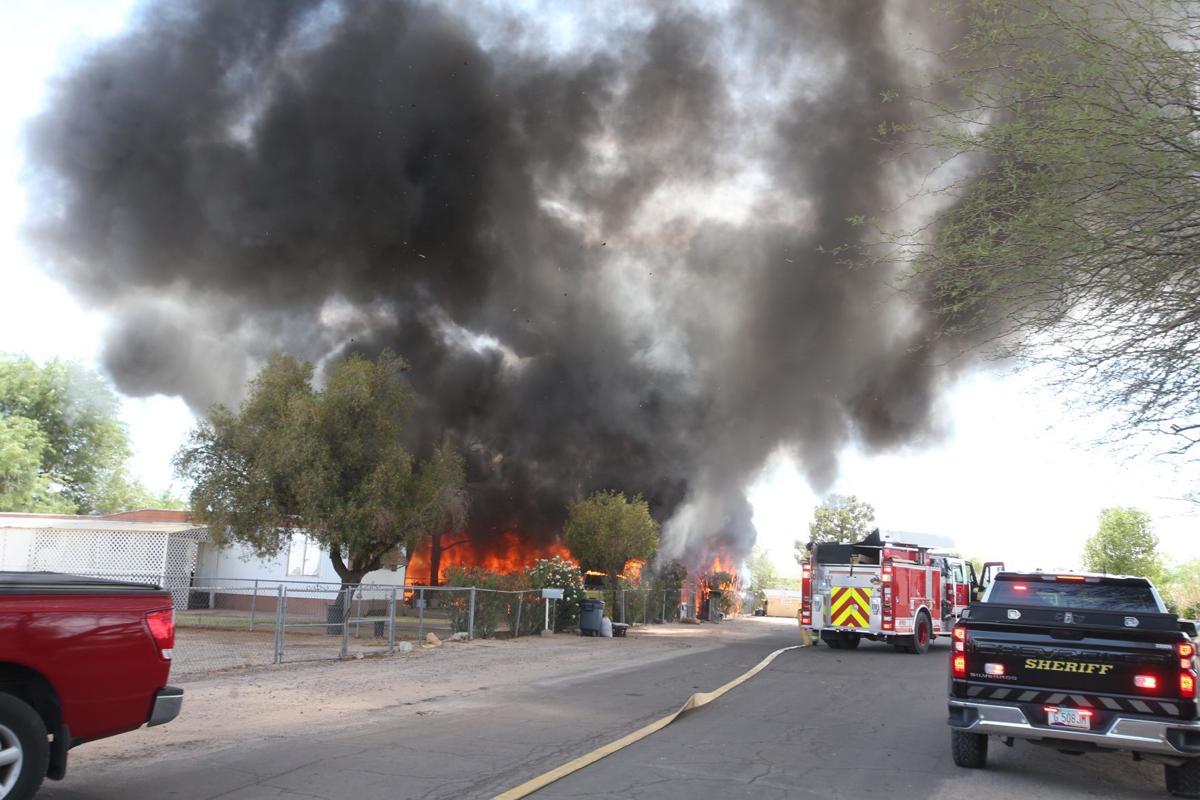 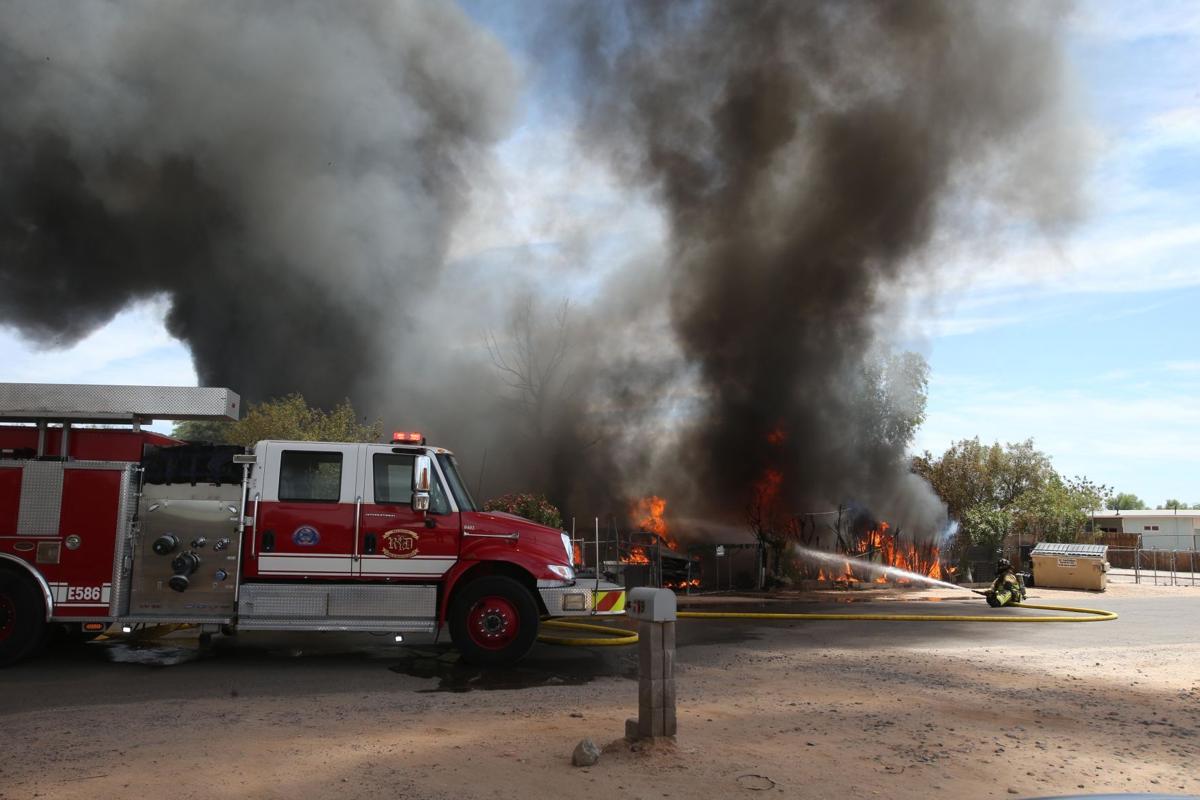 Regional Fire and Rescue extinguishes a fire Wednesday on Susan Avenue in Colonia del Sol, just outside Casa Grande. The blaze destroyed a mobile home and an automobile. 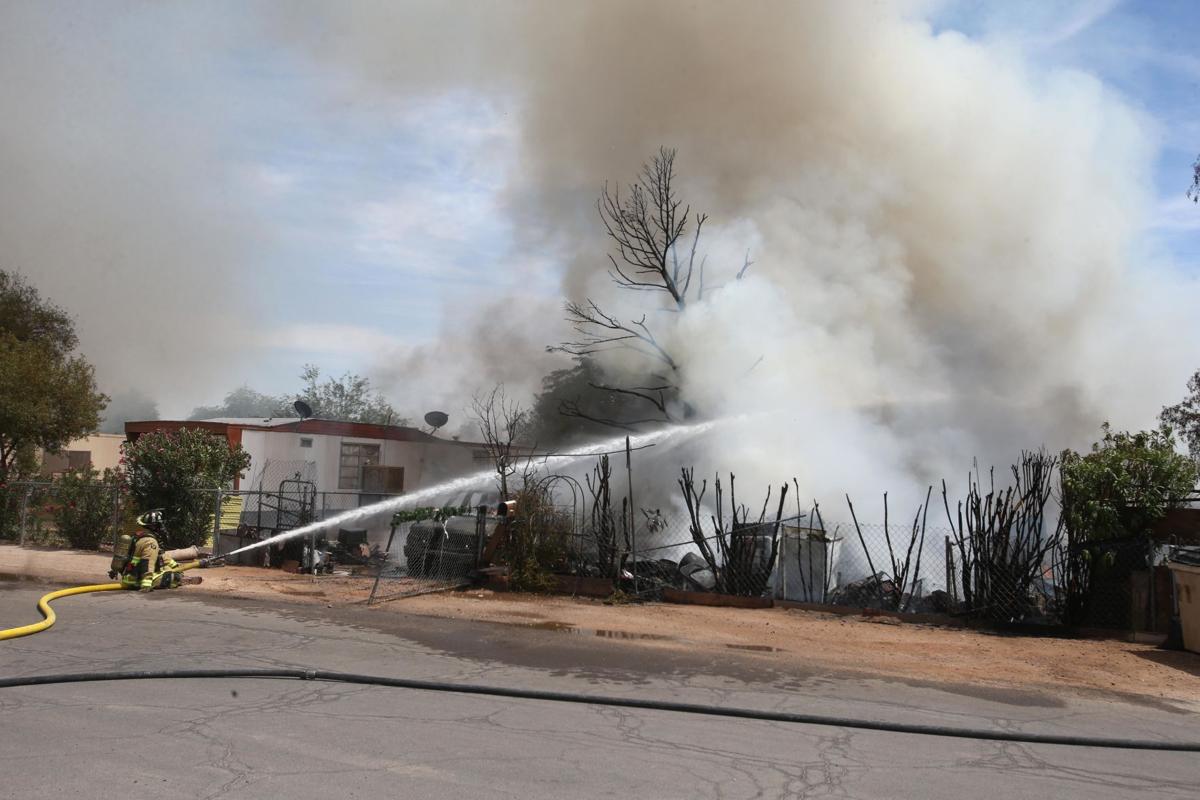 Regional Fire and Rescue extinguishes a fire Wednesday on Susan Avenue in Colonia del Sol, just outside Casa Grande. The blaze destroyed a mobile home and an automobile.

CASA GRANDE — One firefighter was treated for heat exhaustion after responding to a house fire in the Colonia del Sol area Wednesday afternoon.

The fire in a single-wide mobile home was reported at 1:46 p.m., according to Regional Fire & Rescue Department Chief Steve Kerber.

Colonia del Sol is outside the Casa Grande city limits in Pinal County.

The home was fully engulfed when firefighters arrived and threatened homes to the east and west, Kerber stated in an email. Firefighters first concentrated on a shed and the rear of the home to the east, which had caught fire. Once they were able to get that fire under control they turned to start to work on the main fire, but a window in the home to the east broke and started a second fire in that home.

Firefighters were able to put out this second fire in the home to the east but not without a great deal of damage to the living room and kitchen areas of that home, he stated. The fire was eventually put out, and mop-up efforts continued until about 6 p.m.

It is unknown how long the fire may have been burning before someone noticed and called it in, Kerber said. No one was at home in any of the homes involved when the fire started.

The firefighter who was treated for heat exhaustion by an American Medical Response ambulance crew was eventually able to return to work, he stated.