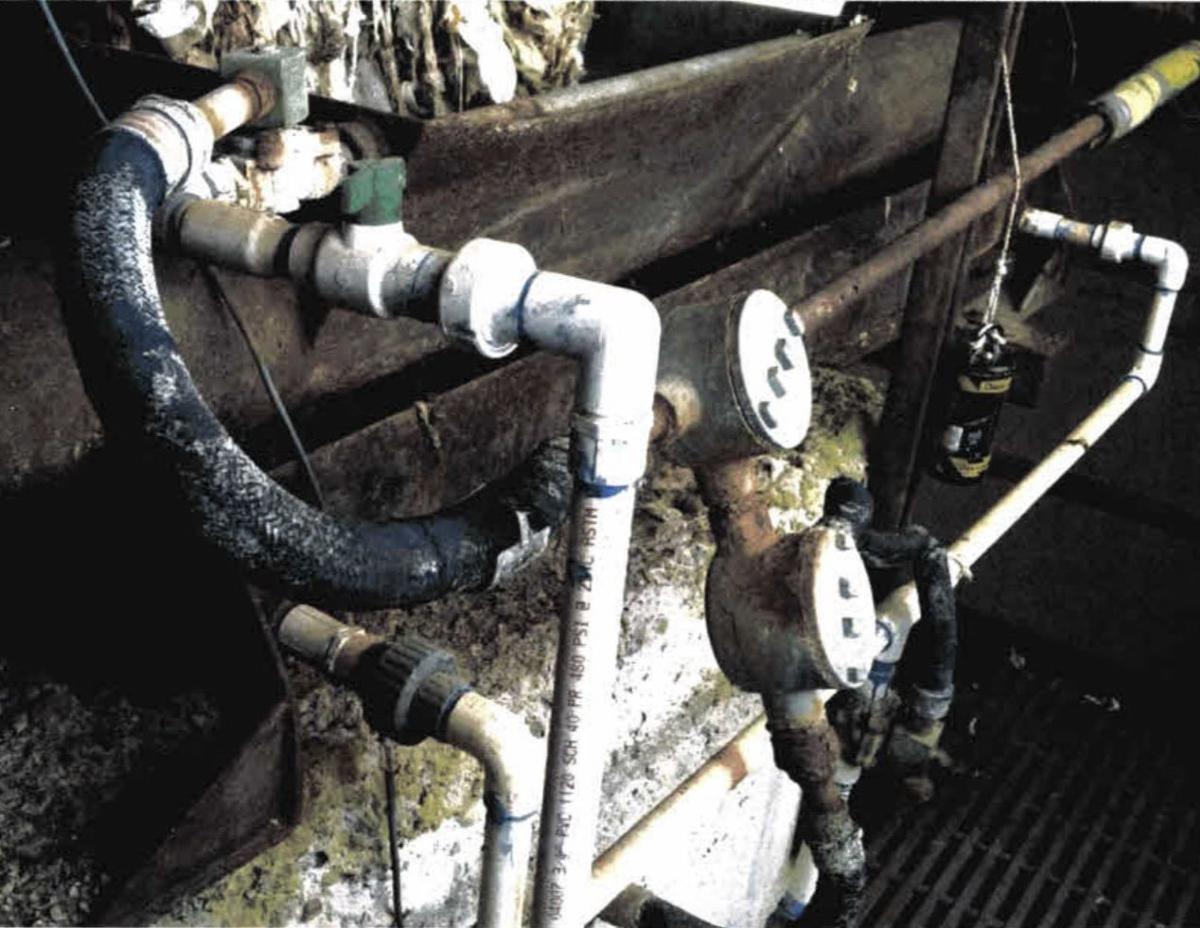 An anonymous study of Johnson Utilities’ Pecan Creek wastewater treatment plant in 2015 showed corrosion that was reported to have taken place due to high levels of hydrogen sulfide. 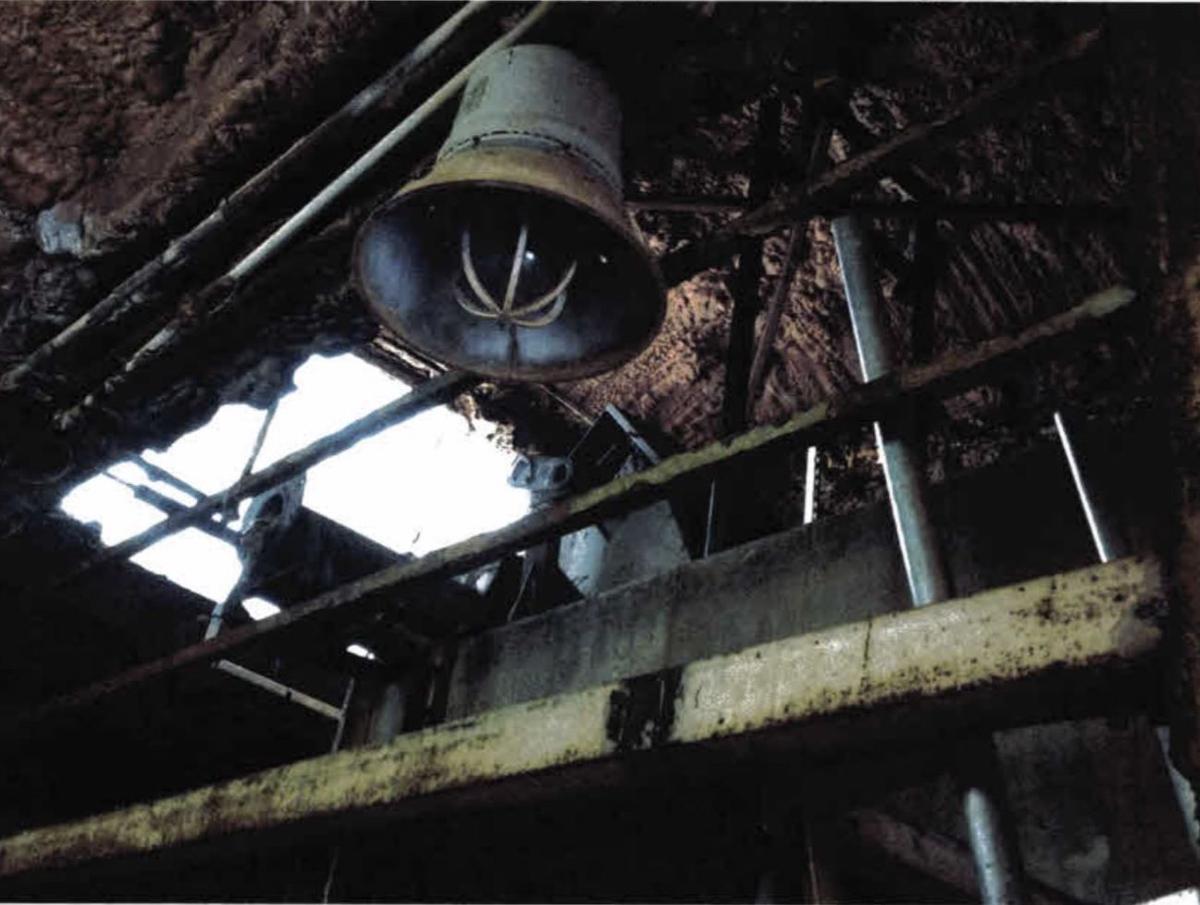 These photos from a 2015 anonymous study of Johnson Utilities’ Pecan Creek wastewater treatment plant shows the corrosion that is reported to have taken place due to high levels of hydrogen sulfide.

An anonymous study of Johnson Utilities’ Pecan Creek wastewater treatment plant in 2015 showed corrosion that was reported to have taken place due to high levels of hydrogen sulfide.

These photos from a 2015 anonymous study of Johnson Utilities’ Pecan Creek wastewater treatment plant shows the corrosion that is reported to have taken place due to high levels of hydrogen sulfide.

First, Bradford expressed concern from EPCOR, which has been appointed interim manager of the utility, that nitrate levels in drinking water were on the “knife’s edge” of what is legally acceptable.

The legal limit is 10 milligrams per liter — Bradford said EPCOR had found Johnson’s to be above 9.9.

Bradford said EPCOR was very concerned and would be focusing on drinking water over the next few weeks. Although the water is not in violation currently, it could slip over rapidly.

Johnson Utilities previously issued a warning to customers in June of 2017 when some water tested at 11 mg per liter, advising customers to avoid giving the water to infants because it is a “serious health concern.”

EPCOR’s look into Johnson’s facilities found buildings that were so corroded by hydrogen sulfide that they now have the potential of collapsing and “exploding,” according to Bradford. Hydrogen sulfide is a highly flammable, corrosive and explosive gas.

This comes after a week in which hydrogen sulfide mitigation appears to be in complete meltdown at the Section 11 plant, with 80 exceedances recorded for the week of Aug. 6, the most hydrogen sulfide exceedances ever recorded by Pinal County monitors in one week. Activists and a Johnson Utilities consultant, James Taylor, have said the three monitors inadequately capture the levels of the gas residents are being exposed to.

Bradford said that EPCOR has worked in “good faith” with Johnson Utilities to get full access to facilities, finances and records that it needs to operate as an interim manager but “they have indicated so far they are unwilling to do any of these things.”

Bradford said Johnson Utilities was trying to negotiate a contract directly with EPCOR that would give it “veto power” over decisions made by the interim manager, and the commission made it clear that no such agreement would be considered.

Bradford said the interim manager agreement with the commission was finally signed Tuesday before the meeting.

After an executive session, the commission voted unanimously to hold an emergency hearing to consider holding Johnson Utilities in contempt for violating commission orders. The ACC also voted to instruct staff to evaluate revoking Johnson Utilities’ certificate that gives it the legal authority to operate in San Tan Valley, with a report due in 30 days.

This escalation comes a week after Arizona Department of Environmental Quality upped its enforcement on Johnson Utilities for “continued non-compliance” by bringing the case to the attorney general, the details of which are under wraps.

“ADEQ provided EPCOR with some of the drinking water sampling data. And yes — the most recent data at the entry point to the distribution system (EPDS) does show some samples were in the 9.x range,” Jordan said. “If the nitrate levels exceed the (limit), a public notice would be issued by the company. If the company does not issue a notice, ADEQ would do that (and has done that in the past with Johnson Utilities).”

ADEQ had noted some corrosion in an inspection at Pecan Creek, but was unaware of any structural issues.

“ADEQ is not aware of any structural issues, but once we review the report, that may be escalated to the county or town, which has jurisdiction over building inspections,” Jordan wrote. “Any risk of an explosion would be measured through an instrument that could detect the explosive limits of a compound, such as hydrogen sulfide. That instrument hasn’t been a part of the ADEQ inspections, and we are not aware of any explosion risk. But we will investigate what led EPCOR to make this statement.”

Extremely high hydrogen sulfide levels and corrosion in facilities are not new problems for Johnson Utilities. A report submitted anonymously to the ACC and created by the company LambTech for the utility in 2015 shows that the utility has been aware of these problems for some time. Edward Lamb of LambTech confirmed the authenticity of the anonymously submitted report and said that what he observed in Johnson Utilities’ facilities stood out as exceptionally bad in relation to his 20 years of work performing hydrogen sulfide evaluations at wastewater treatment facilities.

The report shows levels of hydrogen sulfide in Johnson facilities well above federal OSHA regulations for acute exposure, with an average level of 89 ppm at the San Tan water reclamation facility and peak concentrations of 546 ppm. The OSHA limit is 10 ppm for an eight-hour weighted average. High levels were also found at the main yard wet wells, lift stations and in Pecan Creek.

“Some of these concentrations could pose great risk to staff and are in the “immediate threat to health and safety ranges,” reads the report. It goes further to say the corrosive properties of the gas at these levels “could cause premature failure of any unprotected services such as metal equipment and unlined concrete pipe.”

Commissioner Andy Tobin asked staff with exasperation how they had not discovered buildings near collapse and at risk for “explosions” in previous proceedings. “We visited some of these places,” Tobin said.

Meanwhile, Johnson Utilities and affiliated entities appear to be making good on the promise to exhaust every possible legal remedy to oppose an interim manager. Johnson attorneys filed a request in the ACC docket asking for a rehearing on the interim manager, and Johnson and affiliated entities have filed four different lawsuits — one, which attempted to block the commission with a restraining order, was dismissed in federal court. Others are awaiting injunctive hearings, but so far none have succeeded in delaying or impeding the commission in carrying out the appointment of an interim manager.

SAN TAN VALLEY — After a drawn-out legal battle, Johnson Utilities has complied with the order by the Arizona Corporation Commission to give “…

SAN TAN VALLEY — As Johnson Utilities complies with a judge’s order to cooperate with an interim manager, its owner continues to fight the Ari…

PHOENIX — The Arizona Corporation Commission is easing up on Johnson Utilities after finally getting compliance on its orders, just a day befo…

Pinal utility: Effluent has no impact on health or environment

SAN TAN VALLEY — EPCOR Water officials say there is no danger to the health or well being of customers in the San Tan Valley area, despite a w…