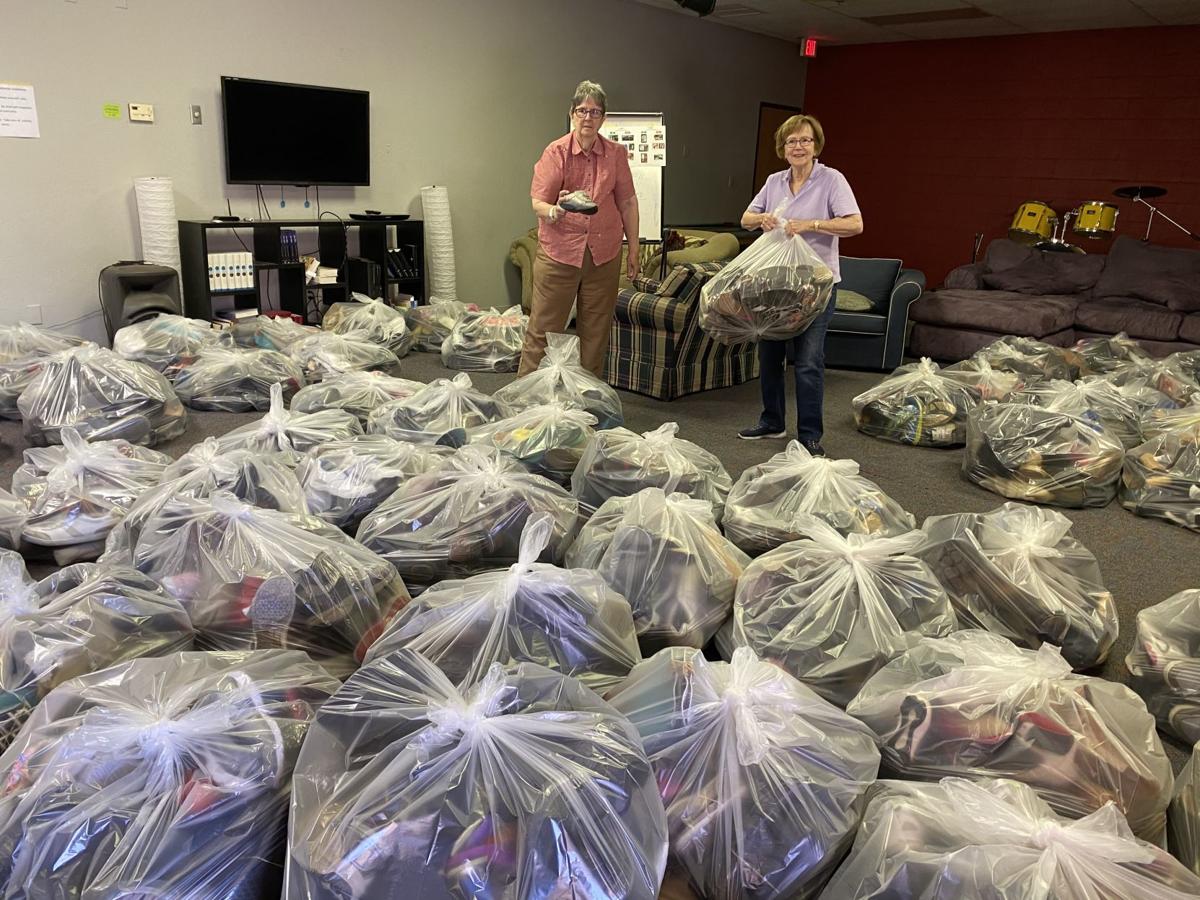 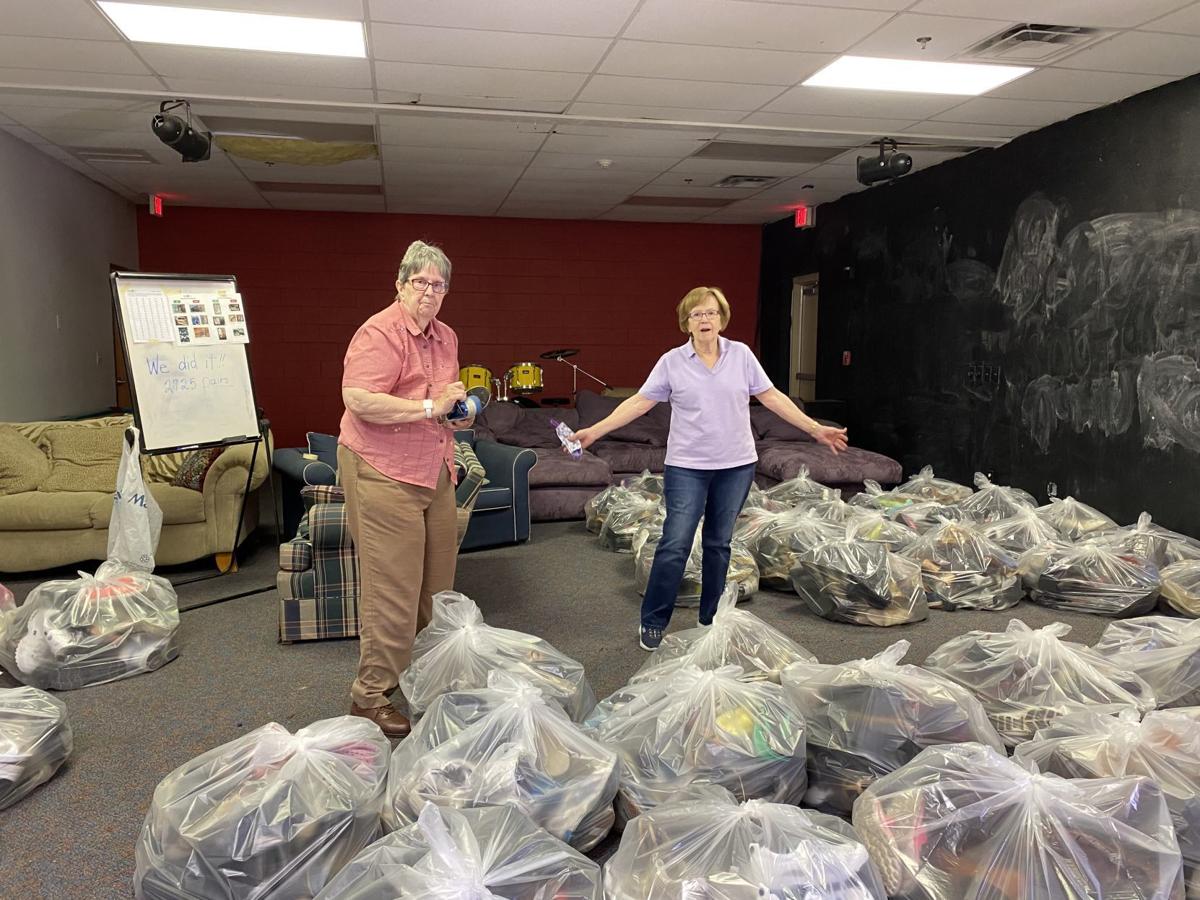 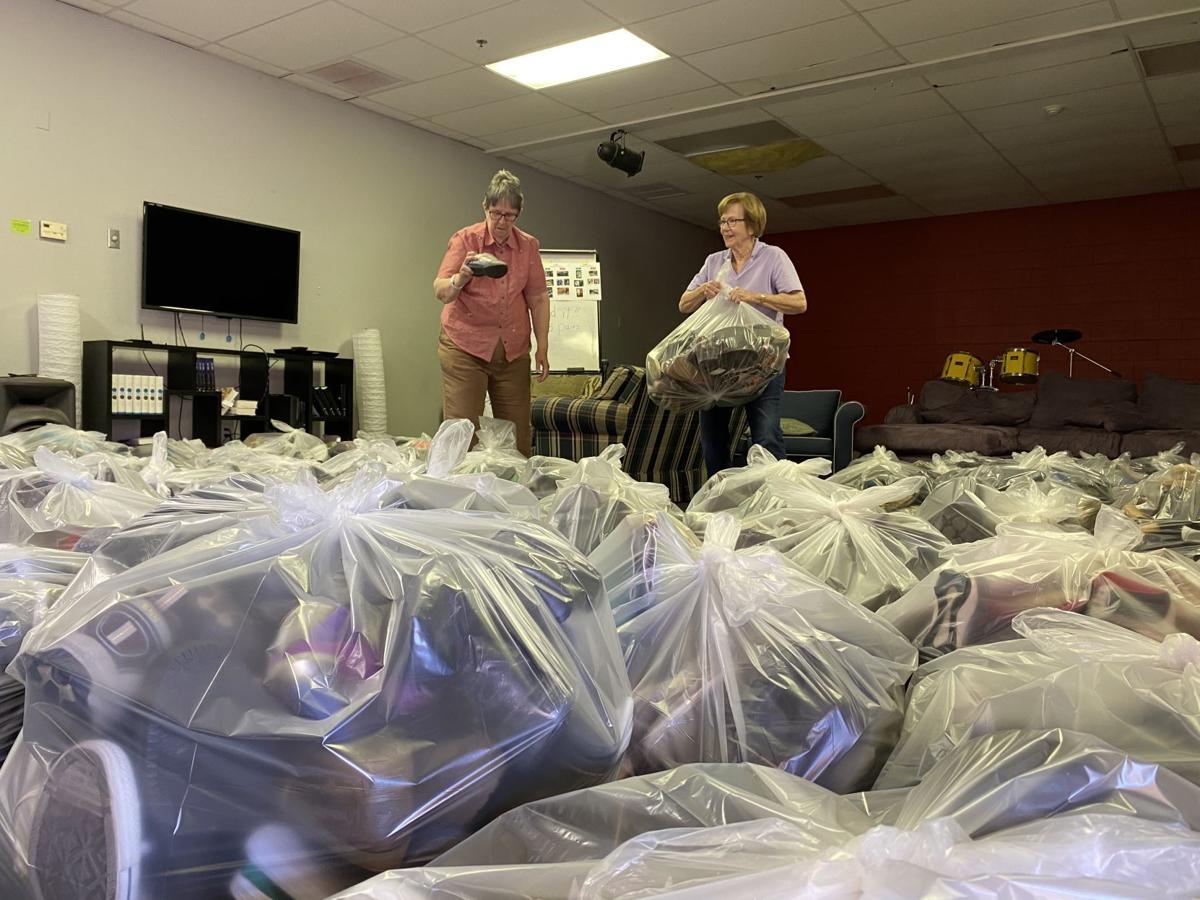 The collected shoes have been turned in to Funds2Orgs, which will issue a check based on the number of pairs collected.

“We should earn about 40 cents per pound,” said Vicki Cooper, a volunteer with the project.

A portion of the money will be shared with the Cottonwood Elementary School student council.

The church will use its portion to fund its ministries, including its program to provide Seeds of Hope children with backpacks and school supplies. The ministry also regularly provides take-home food for some area children who might not eat at home.

“Our two main fundraisers every year are our annual rummage sale and the spaghetti dinner,” Cooper said. “But we thought we would try this one too.”

The collection drive started in March. Contributions of gently worn shoes were received from area residents, recreational vehicle parks and from Cottonwood Elementary School, which is near the church.

“Every shoe with laces had to have the laces tied together. All the sandals had to be together with a rubber band around the pair,” said Pauline Pickett, a volunteer with the project.

Funds2Orgs is an organization that allows groups to raise money by collecting shoes.

The footwear is sent to Funds2Orgs, which offers the shoes to micro-entrepreneurs in developing nations to sell, creating economic opportunities in areas where jobs are limited.

The effort repurposes the footwear and keeps shoes from going to landfills while giving micro-entrepreneurs a chance “to feed, clothe and house families,” according to a press release from the church.

“By donating gently worn shoes, the shoes will be given a second chance and make a huge difference in people’s lives around the world,” Cooper said. “So many shoes end up in landfills.”

To meet its financial goals, the church and school needed to collect at least 2,500 pairs of shoes.

“We’re so happy that we met that goal and exceeded it,” Cooper said.