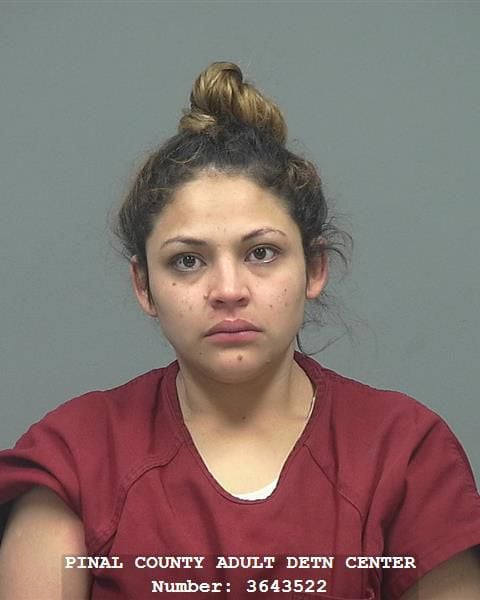 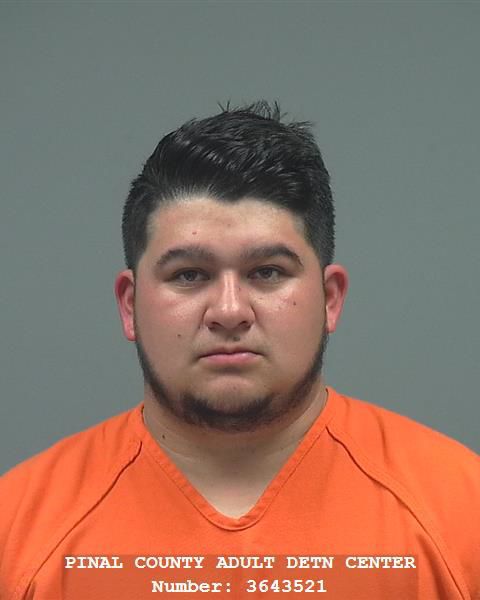 CASA GRANDE — A state trooper working in the Casa Grande area discovered 88 pounds of methamphetamine in a vehicle during a traffic stop Friday.

According to the Department of Public Safety, the trooper stopped a vehicle on Interstate 10 near McCartney Road. During a subsequent search of the vehicle, the trooper located 88 pounds of methamphetamine with an estimated street value of $998,000.

The driver and passenger, identified as 26-year-old Roxana Juarez and 22-year-old Jesus Valenzuela of Nogales, Sonora, Mexico, were arrested for possession of a dangerous drug. The suspects were booked into the Pinal County jail in Florence.

In Mohave County on the same day, another trooper stopped a vehicle on Interstate 15 just south of Littlefield. During the course of the stop, the trooper requested a Mohave County Sheriff’s Office deputy to assist.

A subsequent search of the vehicle revealed 362 pounds of methamphetamine with an estimated street value of $4.1 million.

The driver and passenger, wife and husband, were identified as 52-year-old Julie Jeannie Mason of Burlington, Iowa, and 38-year-old Maurius Montez Mason of Peoria, Illinois. They were arrested for possession of a dangerous drug and transportation of a dangerous drug. The suspects were booked into Mesquite, Nevada, Police Detention.

This was the largest single meth seizure in DPS history, the agency said in a press release.

Inside Mexico's war on drugs: Conversations with 'el narco'

I am from northern Mexico, one of the regions most affected by the global war on drugs.