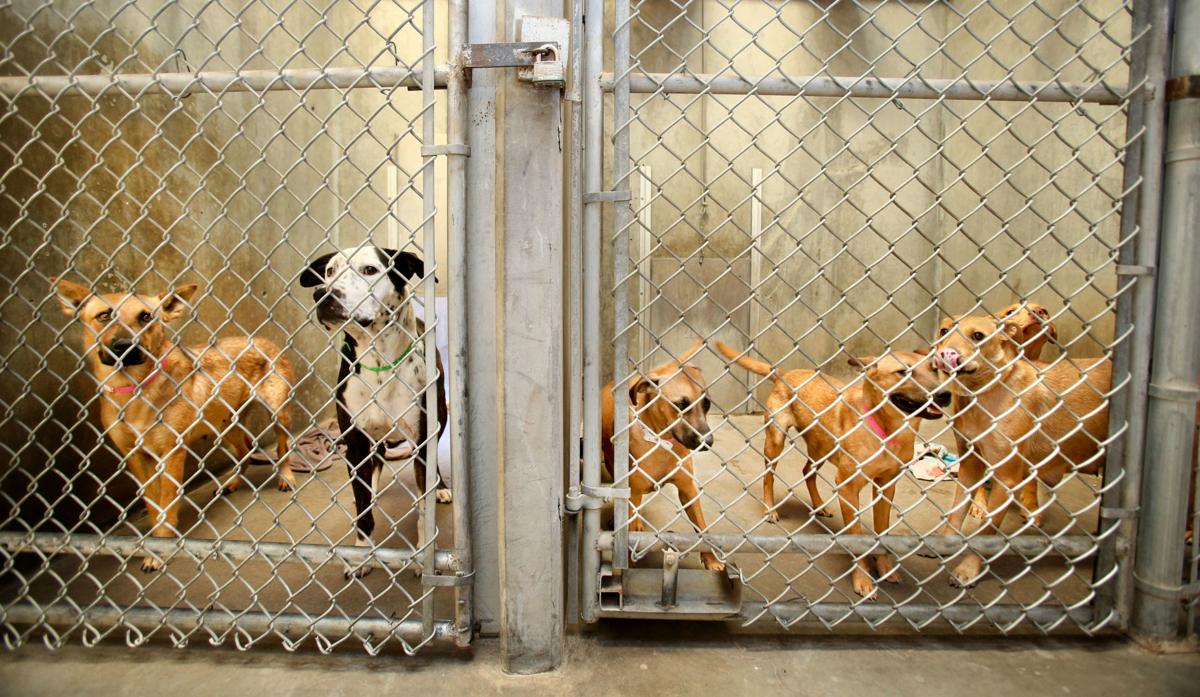 This group of dogs, right, were surrendered by their owner and were waiting to be adopted Tuesday August 6, 2019 at Pinal County Animal Care and Control at Eleven Mile Corner. 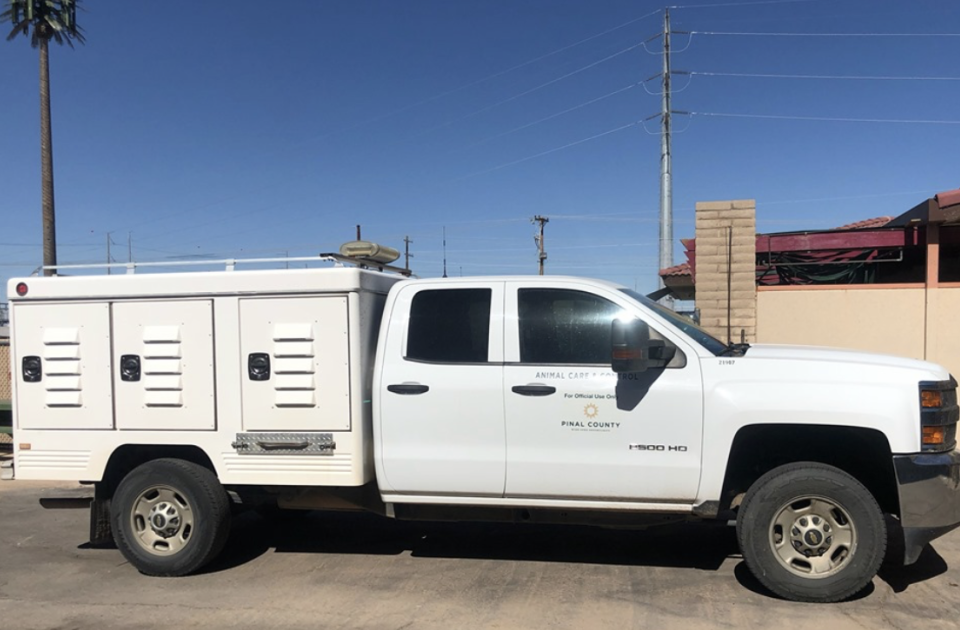 This group of dogs, right, were surrendered by their owner and were waiting to be adopted Tuesday August 6, 2019 at Pinal County Animal Care and Control at Eleven Mile Corner.

FLORENCE — A Casa Grande area rancher says she’s had to shoot 41 dogs that were attacking her livestock over the last 12 years or so.

“I’ve been a victim of people’s careless pet ownership,” Christine Jackson told the Pinal County Board of Supervisors Wednesday. She said she doesn’t want to have to kill stray dogs. “I don’t like the way it makes me feel.”

She said an emaciated German shepherd was threatening her animals Sunday. Rather than shoot it, she tried to turn it over to Pinal County Animal Care and Control, but no one would respond. Finally, with the intervention of a sheriff’s deputy, an animal control officer agreed to come for the dog but didn’t arrive for four hours, Jackson told PinalCentral.

Jackson told the board that Animal Control used to provide after-hours kennels for someone to leave an animal but has discontinued this service. She also expressed her dissatisfaction with Animal Control’s response Sunday in a call to PinalCentral. “The taxpayers pay for a service; the service should be there,” Jackson said.

Contacted after the meeting, Animal Control Director Audra Michael said officers are on-duty after-hours but can’t respond to pick up strays that are not posing a threat. Officers must be available for priority calls such as a biting, aggressive or injured dog, she said. “We have to be available for emergencies.”

She said the county did offer “stray pens” where animals could be left after-hours but had to discontinue this service four years ago. People left sick and aggressive animals in the pens and threw cats in with dogs. “It was a horrible situation,” Michael said.

The better option was to have the public bring animals in during business hours, “so we’re not blindsided with an animal we know nothing about,” Michael said. She said she’s now trying to work out an arrangement with the Sheriff’s Office in which kennels are available at sheriff’s substations where a stray can be taken after-hours.

As for strays that kill livestock, Michael said Animal Control will help ranchers trap those dogs. They try to avoid trapping a dog over a hot summer weekend, but “we’ll go out with a trap if it’s not too hot.”

Also addressing the board Wednesday:

FLORENCE — Amid concerns that the town of Mammoth receives so little, the Pinal County Board…

FLORENCE — Eloy, Florence, Mammoth and Maricopa will receive an equal share of federal Community Development Block Grant funding for the next …