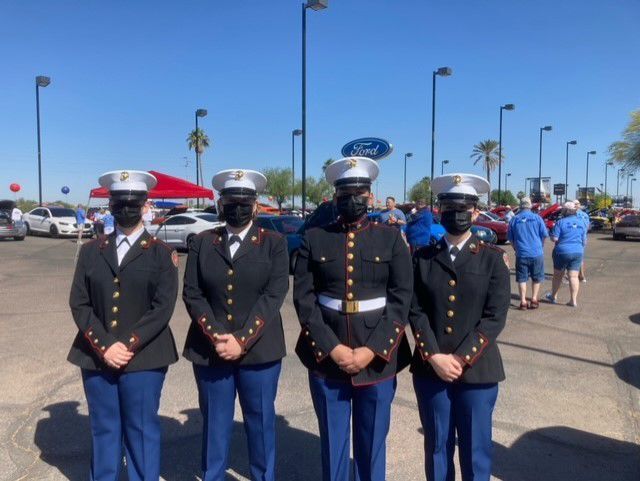 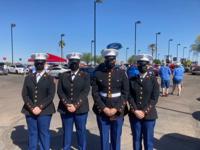 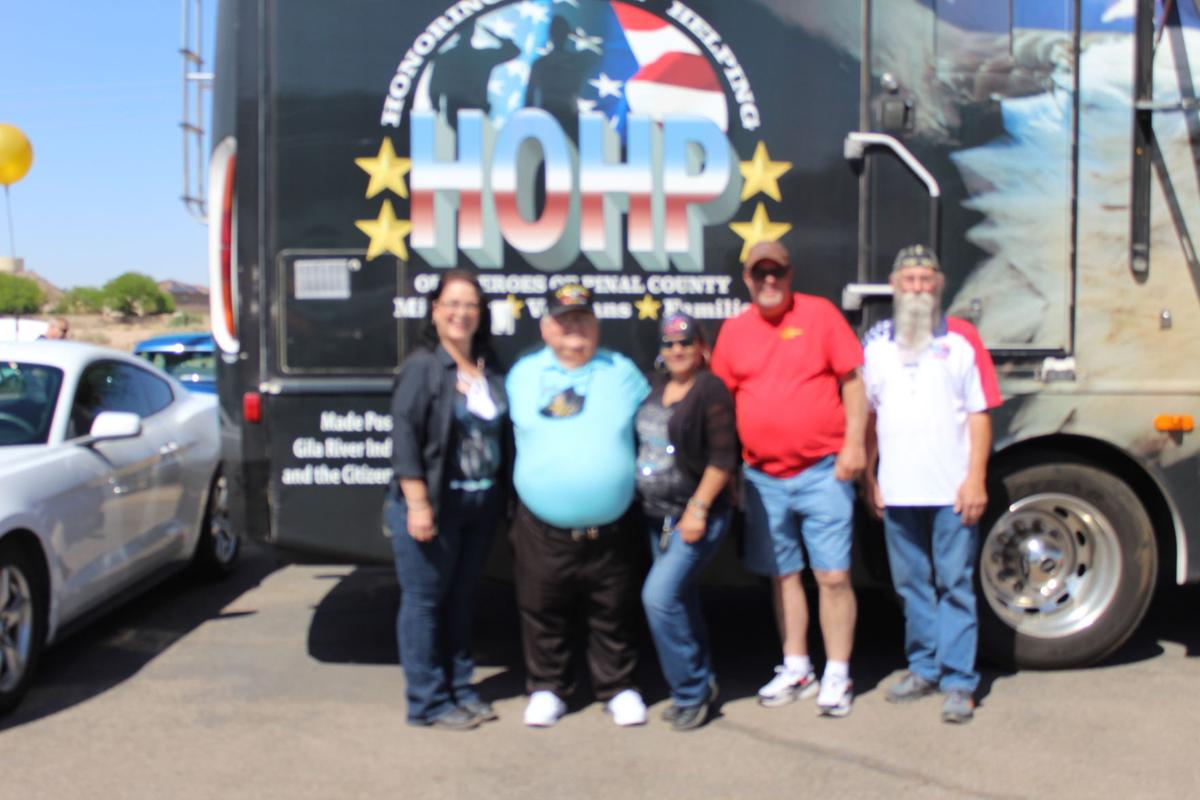 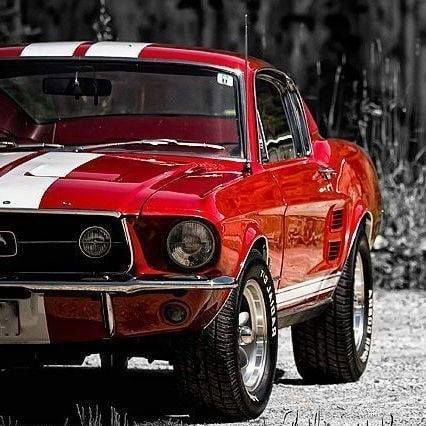 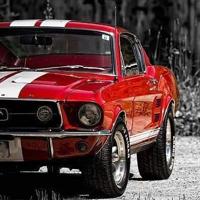 “Our show had a cap of 100 cars and by start of the show we had 114 sweet rides registered and staged on the lot,” said John Mihalic, club president. “We had to unfortunately turn cars away as we just had nowhere else to put them. It was amazing to see these car guys and gals all coming together to do one thing — enjoy what we love.”

“Of course I cannot forget our amazing Desert Sky Mustangs club members, for which we would not be able to put on such a great show without their help,” Mihalic said.

Two special presentations were made during the event.

The first was a donation of $1,000 from the club’s 50-50 drawing to Detective Troy Schmitz and his family. Schmitz is a member of the club and was recently injured.

In recognition of the support the Desert Sky Mustang Club has given to HOHP, the organization presented a commemorative coin to the club.

“It was an amazing surprise and we are extremely honored,” Mihalic said. “They even were able to select one car that was their choice and present a special trophy made by our VP Al Saffrahn. They were at the show with their Eagle One mobile unit speaking with veterans. So amazing to have them out here today. And on top of everything, Kim (Vandenberg) is now part of Desert Sky Mustangs.”