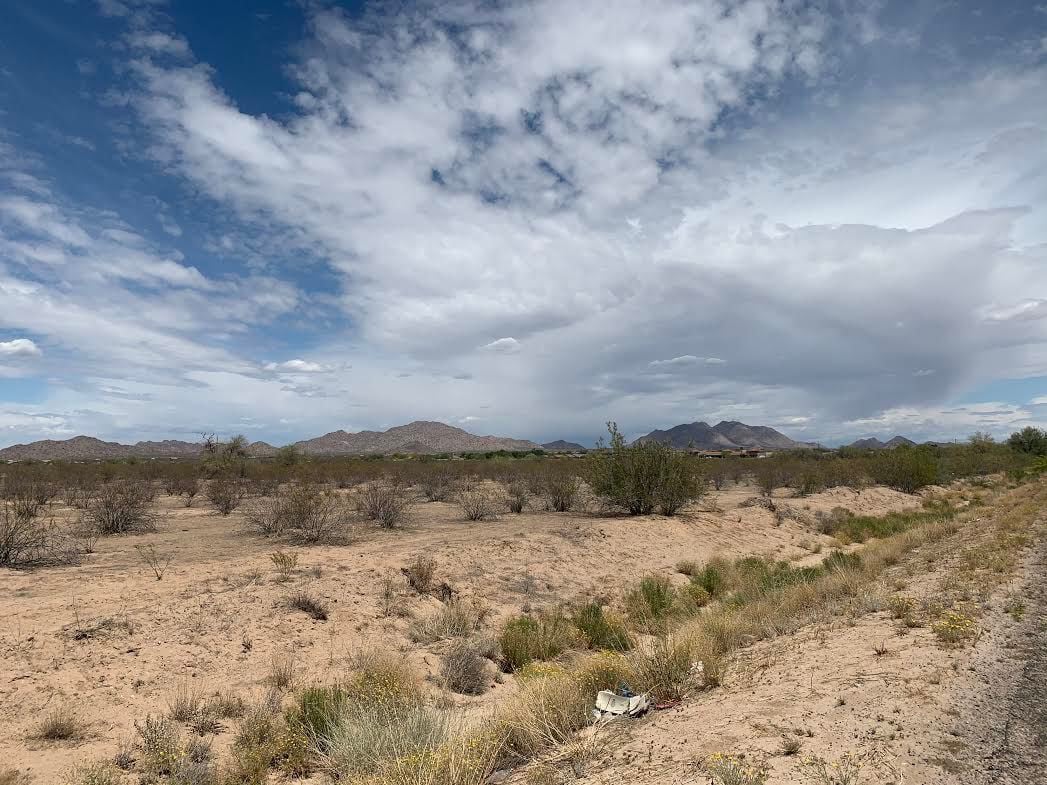 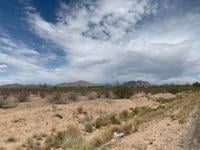 A desert area west of Pinal Avenue and south of Interstate 10 has picturesque views that attracted developers decades ago. Now, the proposed Copper Mountain Ranch may become a reality. 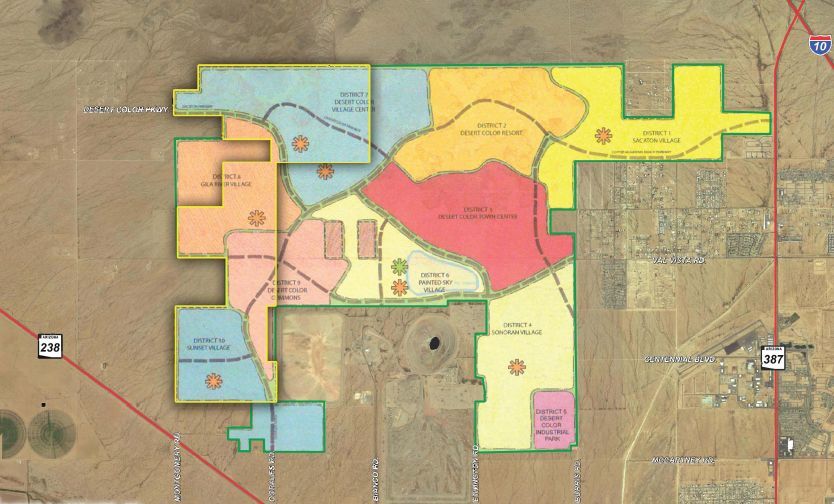 A desert area west of Pinal Avenue and south of Interstate 10 has picturesque views that attracted developers decades ago. Now, the proposed Copper Mountain Ranch may become a reality.

CASA GRANDE — Copper Mountain Ranch, a major development that has been discussed for decades, may become a reality in the near future, Mayor Craig McFarland said in an update during an April town hall.

As early as 1988, the picturesque views of the Sacaton Mountains grabbed the attention of Brad Wilde of M&B Investments. The Casa Grande Dispatch reported at the time that Wilde’s firm was able to acquire the land from the U.S. Bureau of Land Management in a swap that involved two ranch properties north of Phoenix.

In the following years, M&B Investments, Larry Yount and his investment company and Chicago White Sox and Bulls owner Jerry Reinsdorf proposed a plan for the community that included several thousand homes, five schools and five golf courses. Some called it a “city within a city.”

The development, west of Pinal Avenue and north of Val Vista Boulevard, had hopeful plans to increase the city’s population by more than 20,000.

However, the dream for the development slowly began to fade away when some issues began to block development including transportation, water and density.

In 2006 the city received plans for the development, again.

“Since then, new ownership and the addition of large tracts of contiguous property have culminated in this PAD submittal for some 8,711 acres that is still known as Copper Mountain Ranch,” says the document from 2006.

According to the 2006 plan, the primarily residential and resort community would be a neighborhood-based development with new concepts such as upscale “new urban villages” and resorts, revolving around a network of open space as well as more traditional park and neighborhood amenities.

Nonetheless, the 2006 plans also failed to become a reality and the land north of the airport remained empty as the city grew elsewhere on the north and east sides.

During an April town hall, McFarland revealed that the project is back on the radar and something to be excited about when a participant asked if any new major projects were underway.

“Hopefully we’ll see some movement in that, hopefully in six months,” McFarland said. According to McFarland, the project would be done in phases and would be 13,000 plats at buildout.

According to the city, there are different owners from the plans of 2006 and the city is currently working on getting water to the project.

“That would be a huge game changer in terms of the city of Casa Grande,” McFarland said during the town hall.

Another major development, Dreamport Villages, that has been doormat may also see movement soon.

A developer told KNXV-TV, Channel 15, that it is still moving forward with the project after running into delays during the pandemic.

Dreamport Villages was originally proposed in 2017 and was described as a “Disneyland style” amusement park near Casa Grande Mountain.

However, in a letter last year to the city Planning and Development Director, Casa Grande Mountain Ranch Limited Partnership, stated that it plans to restore the zoning on the 576.8 acres of property it had set aside for the Dreamport project.