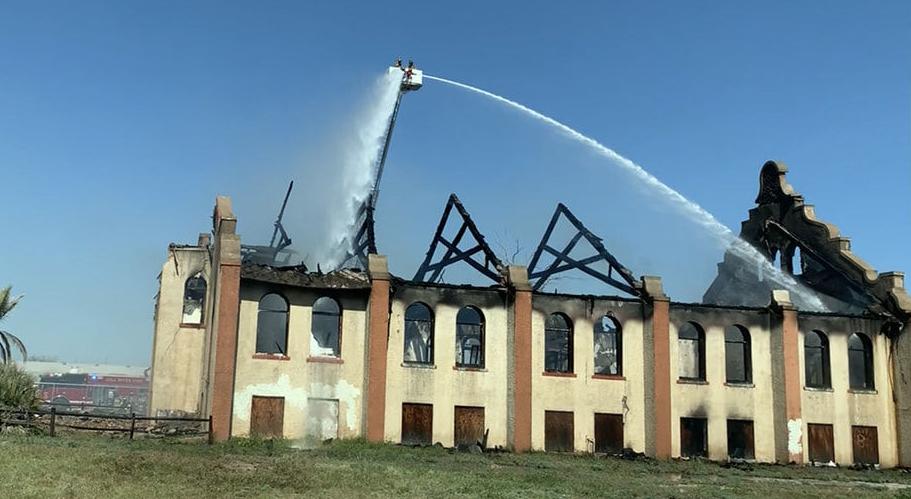 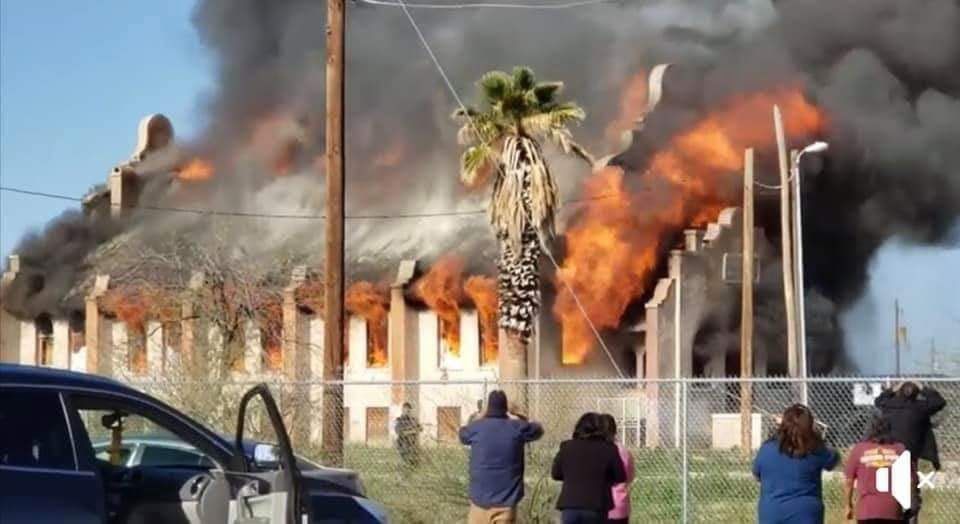 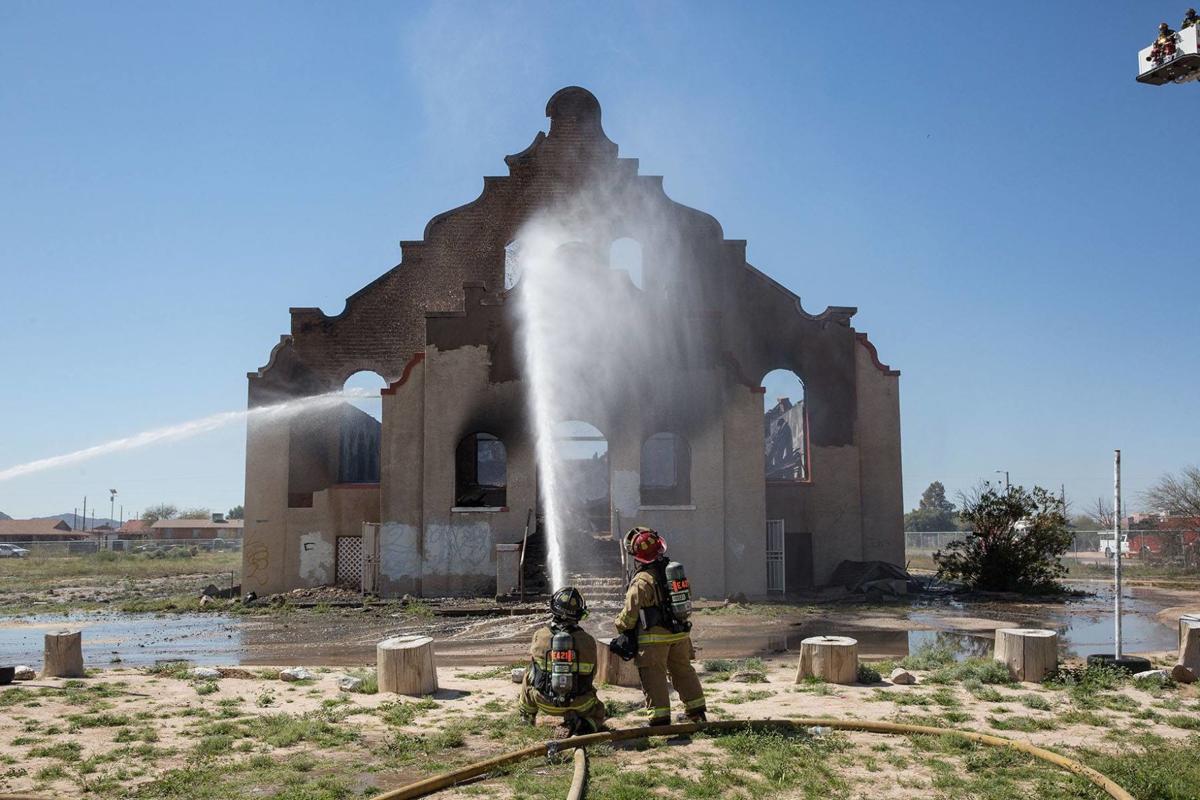 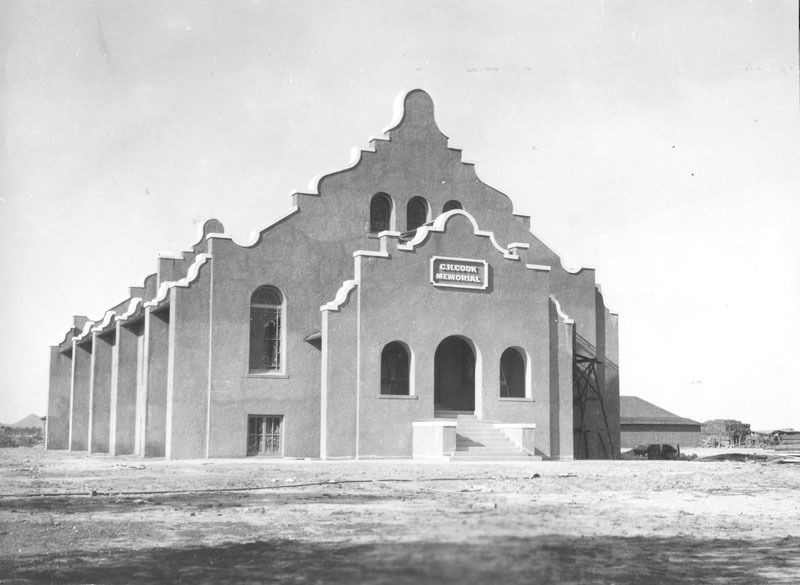 SACATON — The small community of Sacaton is grieving the loss of a historic landmark.

Around mid-morning Monday, after much of the fire had been extinguished, crews removed the historic steeple from on top of the church to prevent it from falling. As it was removed, the Rev. Brad Munroe, executive presbyter for the Presbyterian Church in Arizona, said many in the crowd of onlookers began to cry.

“You could hear the groans turn to cries as the steeple came down. Even people who didn’t go there couldn’t hold back their tears,” said Munroe, who was among those on hand watching as firefighters fought the blaze. “This wasn’t just a church, it’s a landmark and there’s a lot of sadness that it’s gone.”

The church is believed to have been built in 1918 as part of a ministry founded by the late Rev. C.H. Cook in 1877, said the Rev. Linda Worsnop, moderator for area churches for the past six years.

The church in Sacaton is one of four chapels in the region. About 50 people worship at the location on a regular basis. Presbyterian is a major denomination on the Gila River Indian Community.

A newer chapel was built in the 1980s next to the historic structure, and for past few decades, worship services have been held in the newer facility, which was not impacted by the fire.

“Services will continue in the newer building,” Munroe said.

Charlotte Safard, one of several pastors in the lower San Tan region, grew up in the area and regularly attended events at the church in Sacaton.

She remembers wooden floors and benches and a beautifully carved altar.

“For four generations, this church was the center of activity for a lot of families,” she said. “It was a place for weddings, baptisms and funerals.”

For many years, Sunday school was held in the basement and a quilting club also met at the facility, she said.

“I remember being in Christmas plays there and climbing up the stairwell,” she said. “It was a beautiful place.”

The historic church will be demolished.

“It’s a total loss,” Worsnop said. “We hope that when it’s taken down, consideration is taken to save some of things like a plaque dedicating the site to C.H. Cook.”

Cook founded the church as part of his missionary work in the Southwest. He later went on to create a theology school for Native Americans.

Gila River police and fire departments responded to the fire at the church at 8:52 a.m. Monday. Officers later arrested three suspects seen in the area at the time of the fire.

Munroe said while an investigation is ongoing, he does not believe the fire was a hate crime.

“The suspicion is that maybe it was a prank,” he said. “It was two youths and an adult that were arrested. So far, we haven’t heard that it was a targeted crime or racial.”

Two community events are planned to help the community come to grips with the loss of the structure.

On Friday, a prayer vigil is planned on the vacant lot across from the church site. A time has not yet been set, but visiting pastors are expected to be on hand to pray for the community and speak about the loss.

On Saturday, a public meeting is planned for 10 a.m. at the Boys & Girls Club. Tribal Gov. Stephen Roe Lewis is expected to speak and update the community about the investigation.