Coolidge firefighters respond to an incident at the Arizona Development Services marijuana cultivation facility on Sunday. 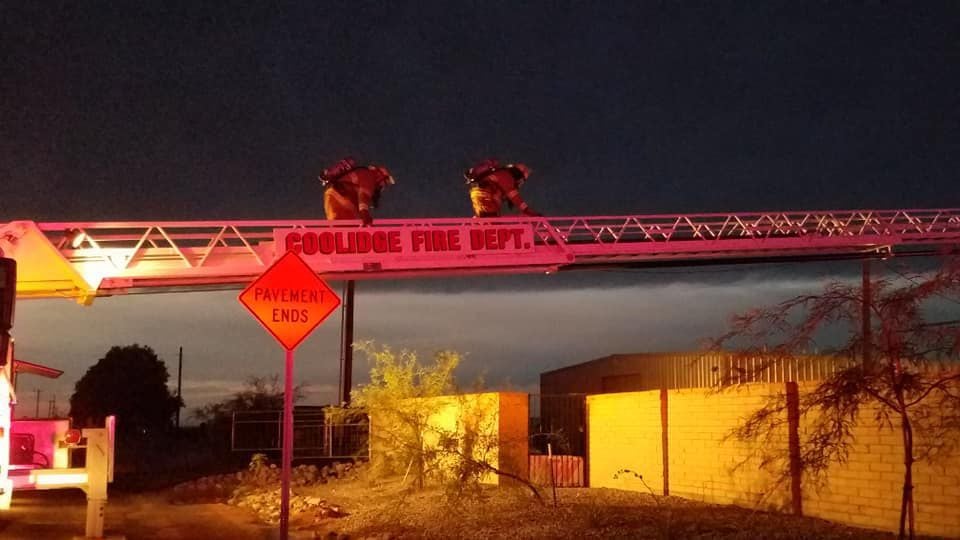 Coolidge firefighters respond to an incident at the Arizona Development Services marijuana cultivation facility on Sunday.

COOLIDGE — A fire that occurred over the weekend at Arizona Development Services, a marijuana cultivation facility, is under investigation.

The Coolidge Fire Department responded to the facility, located near the intersection of Coolidge Avenue and Macrae Road, at around 6:51 p.m. on Sunday.

Fire Chief Mark Dillon said the call initially came in as a fire caused by a lightning strike. Upon arriving on scene, however, crews discovered that the fire was actually coming from an internal source.

“After the initial investigation we determined it was not lightning that stuck the facility,” he said. “It was improperly stored hazardous materials.”

Fire officials said that the materials led to an explosion within the building.

No one was inside the building at the time of the incident.

Crews managed to put out the fire shortly after 7:30 p.m., but that was not before it did significant damage to the structure. While CFD has not completed its investigation, Dillon indicated that initial damage estimates will likely be in the range of $100,000.

COOLIDGE — An effort to allow for outdoor cultivation of marijuana within the city limits came to a standstill, at least temporarily, during t…