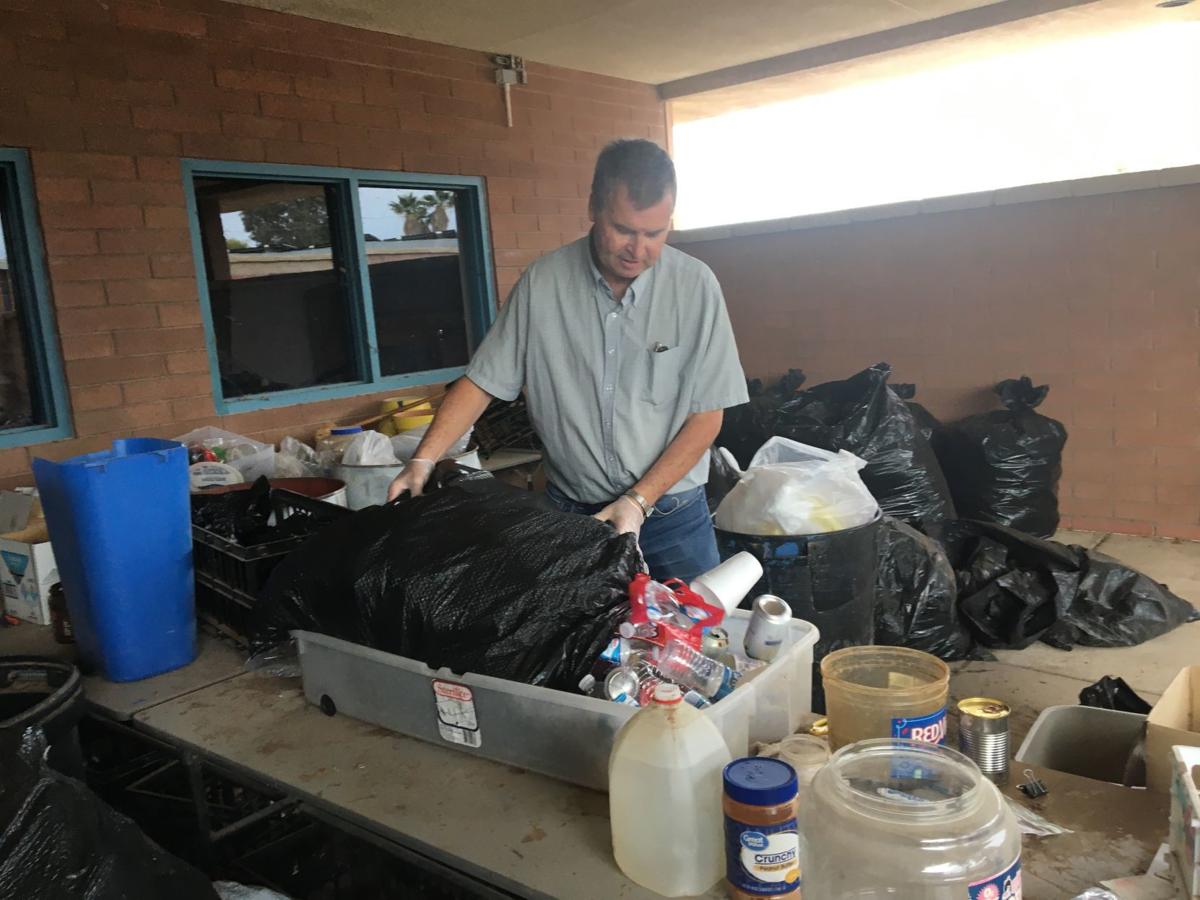 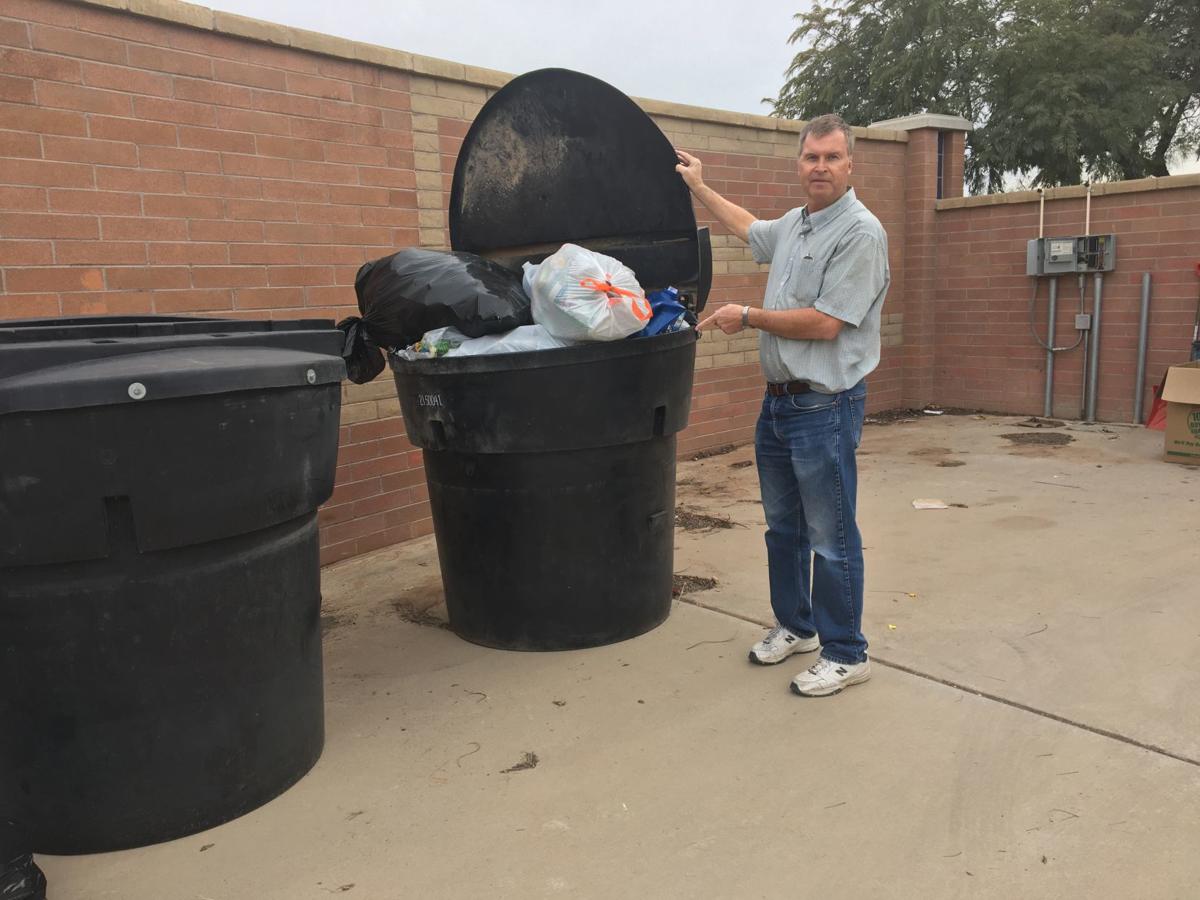 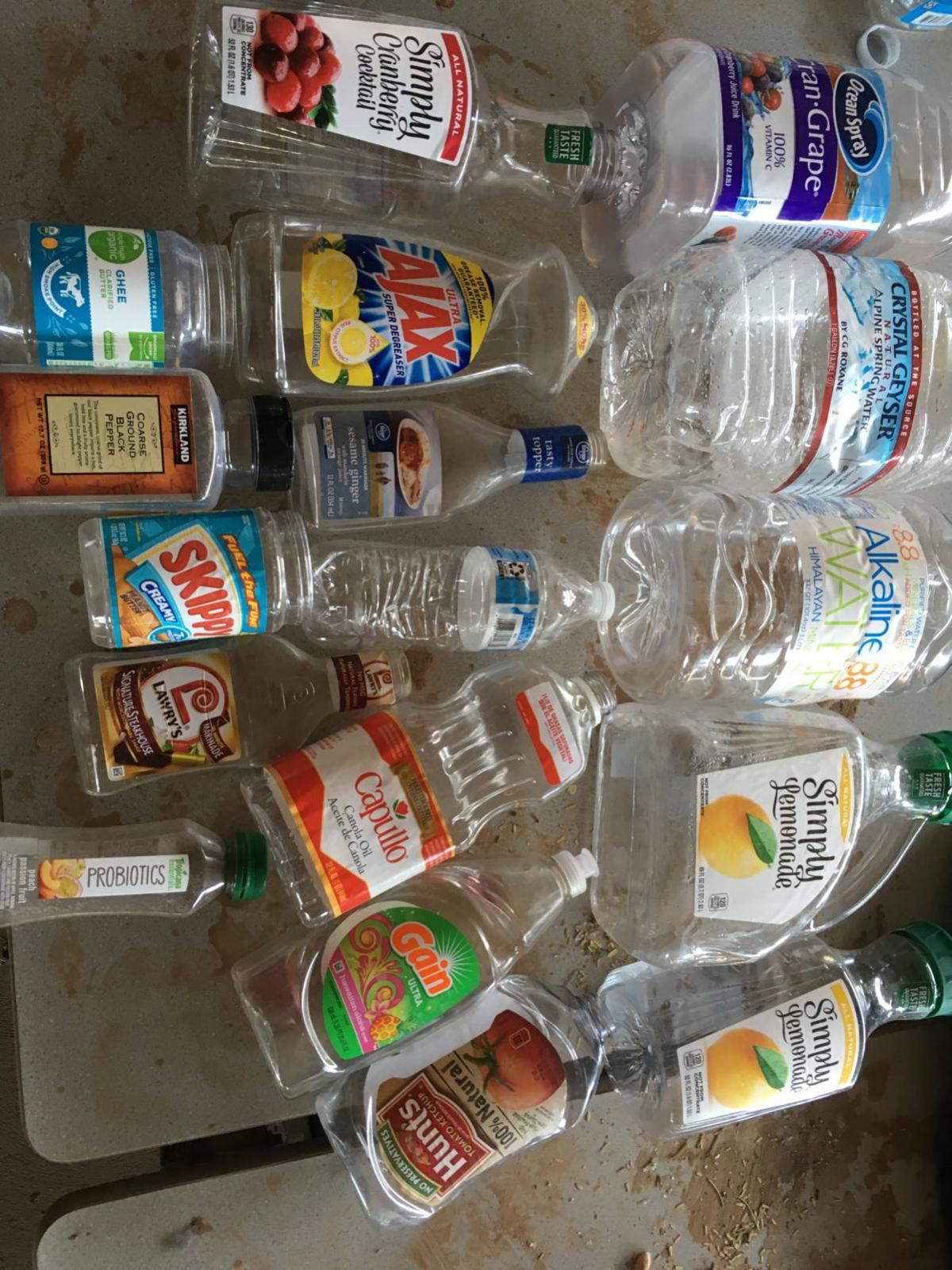 Rick Wilson accepts No. 1 plastic in his recycling collection efforts, such as the items pictured here. 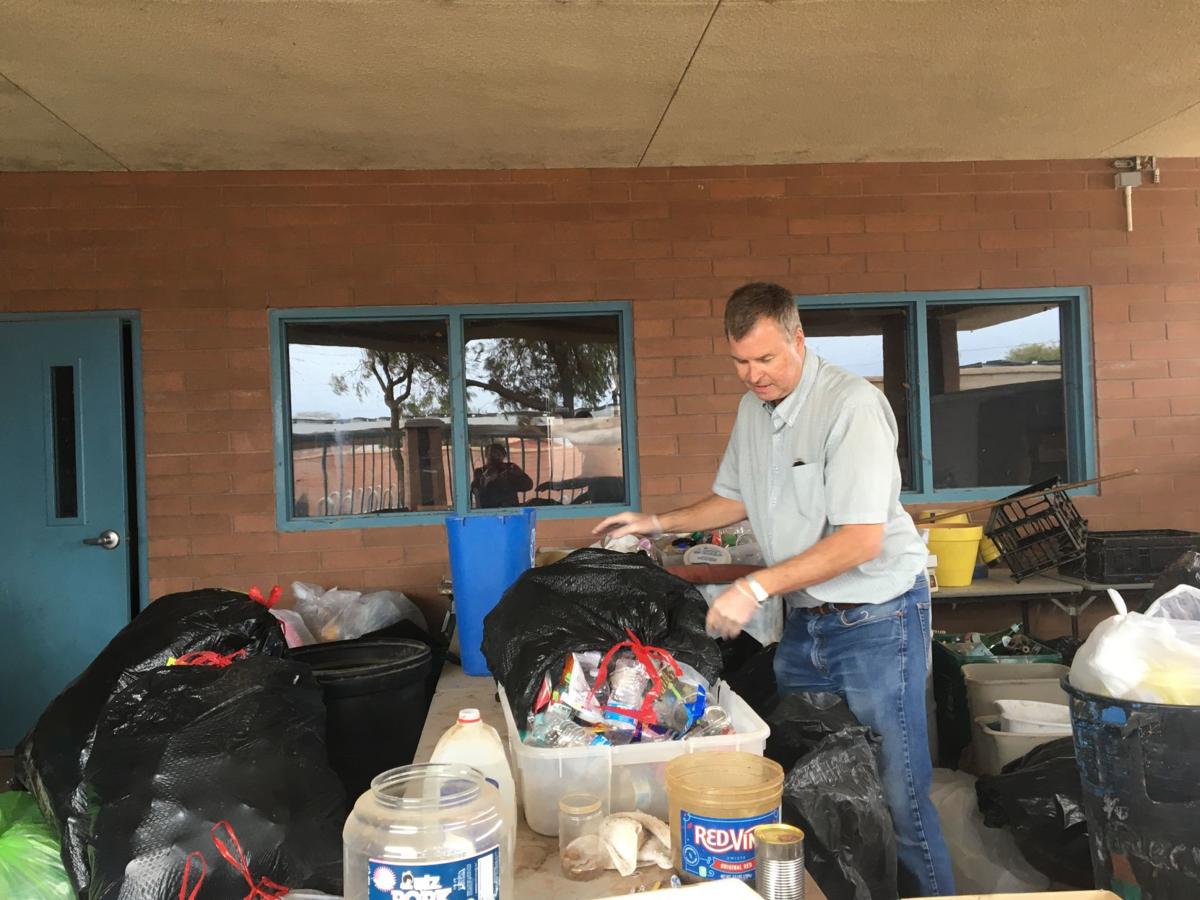 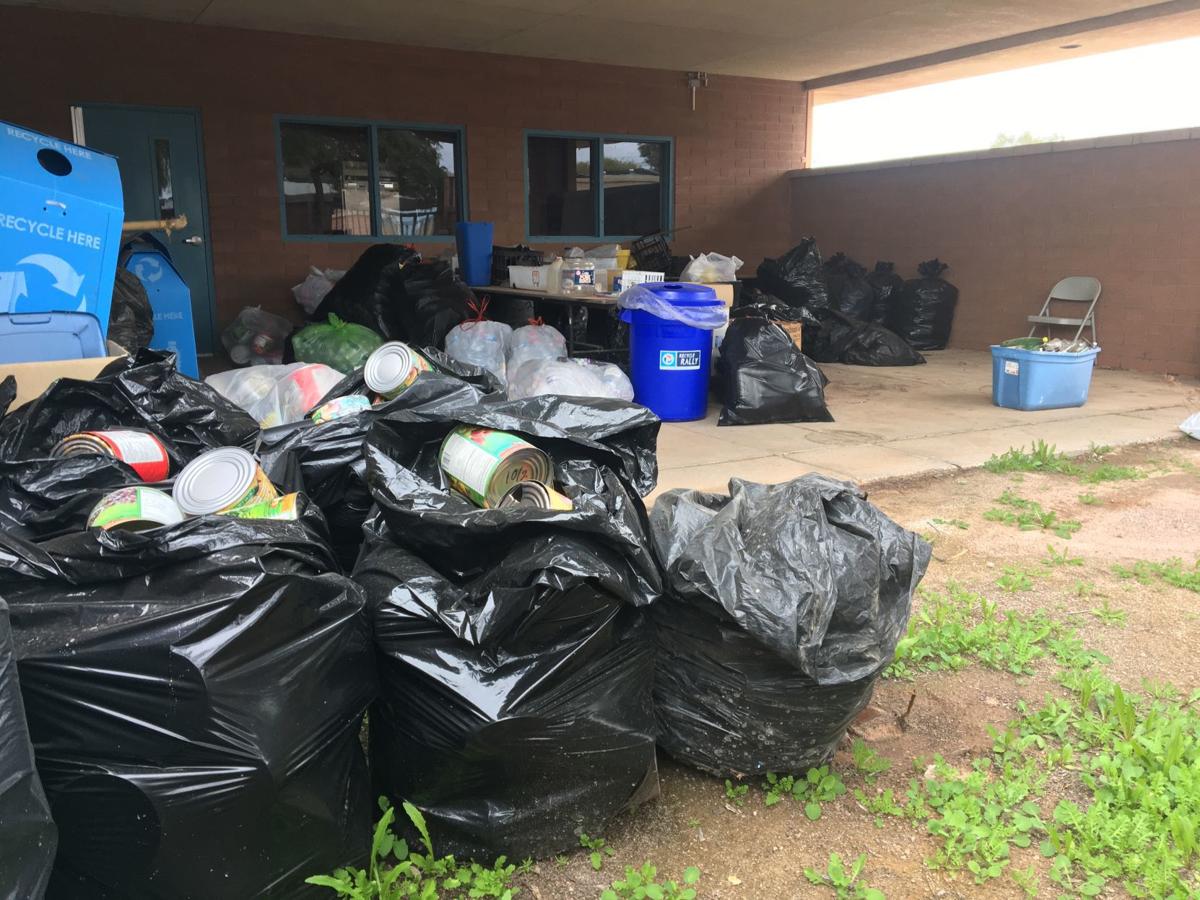 Bags of recycling wait to be sorted at Mesquite Elementary School. 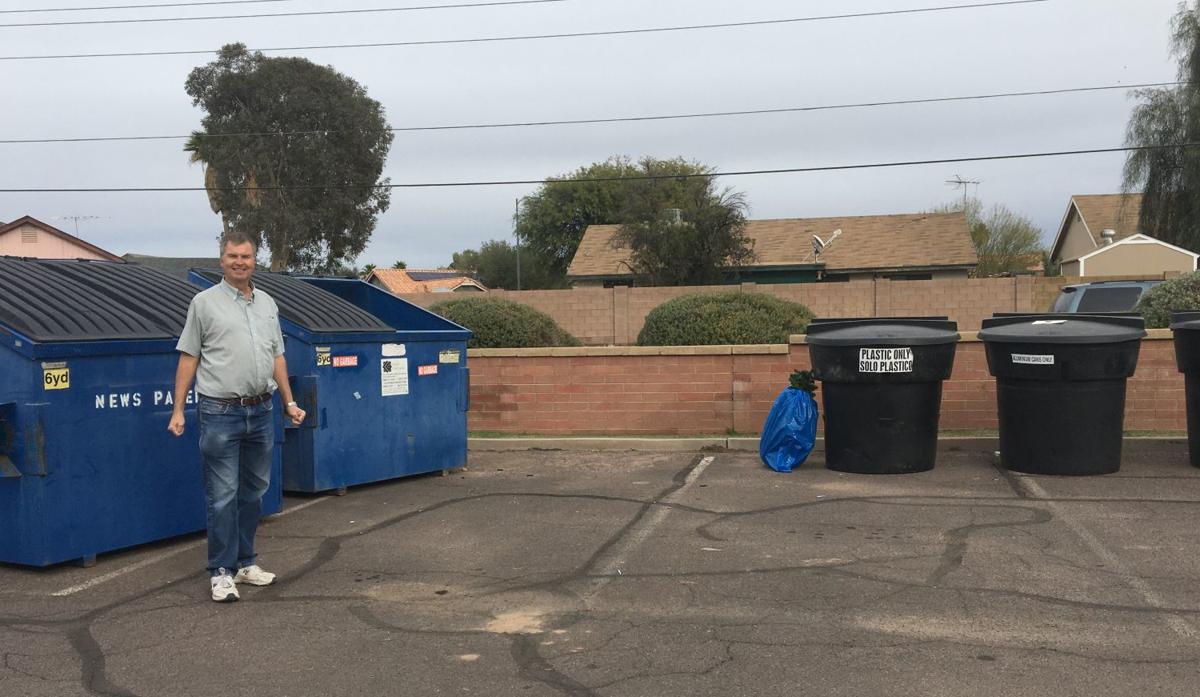 Rick Wilson accepts No. 1 plastic in his recycling collection efforts, such as the items pictured here.

Bags of recycling wait to be sorted at Mesquite Elementary School.

CASA GRANDE -- Teacher Rick Wilson likes to play disco music and dance when he’s sorting through trash, separating recyclable materials from those destined for the landfill.

If not for the fast-paced, upbeat music, the task, which he does in a small fenced area behind the cafeteria at Mesquite Elementary School, would be lonely and somewhat miserable, he said.

“I’m not a recycling center, which people think I am,” Wilson said. “I’m a teacher and I’m a collector of No. 1 plastic and recyclables. I’m trying to clean our Earth.”

Wilson spends nearly five hours every Saturday, and hours on school days, sorting through giant bins of trash and recyclables in an effort to save items from the landfill and raise money for area nonprofits.

The plastic, aluminum, tin and paper he collects are sold. So far this year, he raised $838.40 for the Casa Grande Food Bank.

Over the years, the program has raised more than $5,000 for area nonprofits.

Wilson, who has been a teacher at Mesquite for 11 years, started the recycling program several years ago to encourage students to reduce landfill waste by bringing recyclable materials to class.

“By doing this, we’re teaching the students that we can turn trash into food,” Wilson said.

The program has steadily grown and area residents now drop dozens of bags of recyclables every week into the large collection bins in the school parking lot.

Since the city of Casa Grande ended its long-running recyclable materials collection program in July, the number of items dropped at Mesquite has increased by hundreds of pounds.

In the first six months of the 2019-20 school year, the amount of plastic bottles collected by Mesquite jumped to 2,030 pounds, up from 1,569 pounds last year. The school also collected 448 pounds of aluminum, 440 pounds of other metal as well as thousands of pounds of paper.

“I think there are people out there who want to recycle and they need a place to take these items,” Wilson said. “Until recently, our program sort of flew under the radar.”

While Wilson welcomes the extra recycling, he doesn’t like the trash that often comes with it. Sorting through the material has become an overwhelming task, he said.

“This takes up a lot of my time,” he said. “I could really use a few volunteers out here to help me with this. It would also help if people didn’t put trash and non-recyclable items in the bags with the water bottles.”

With a few volunteers, and people only donating recyclable materials, the program could win some money for the school, he said.

Earlier this year, Wilson entered the school recycling program into the 2019-20 PepsiCo Recycling Rally competition, hoping to earn a $400 prize for the school.

While his 2018 collection figures put him in line for a possible small $400 prize for the school, the extra recycling in 2019 bumped him up to a higher category, competing for a bigger prize against schools in much larger cities, including San Antonio, Texas.

To earn a $1,000 prize in the competition, Wilson needs to place at least 24th in the collection contest. He’s currently placed at 28.

“I need a lot more donations to win a prize for the school, but I also need help sorting through the donations,” Wilson said. “Some of the larger schools in the contest collect tens of thousands of pounds of recyclables.”

Wilson is asking for help from the community.

He’d like to accept more No. 1 plastic, aluminum, tin and paper but needs volunteers willing to help sort recyclables on Saturday mornings.

“On a typical Saturday, there are four or five bins to go through,” Wilson said. “I put on my music and go through about one bin every 45 minutes. With volunteers, it would go faster and I could handle a lot more donations.”

Those who wish to donate recyclable materials to Wilson are asked to pre-sort the items. No. 1 plastic — typically used for liquids such as water and juice — is the only plastic accepted by Wilson.

Donations should not include trash or unaccepted materials such as salad containers, plastic forks, chip packaging, plastic bags, single-use cups or items made from recycled plastic.

Those who wish to help can contact Wilson by emailing him at MrWilsonRecycling@gmail.com.