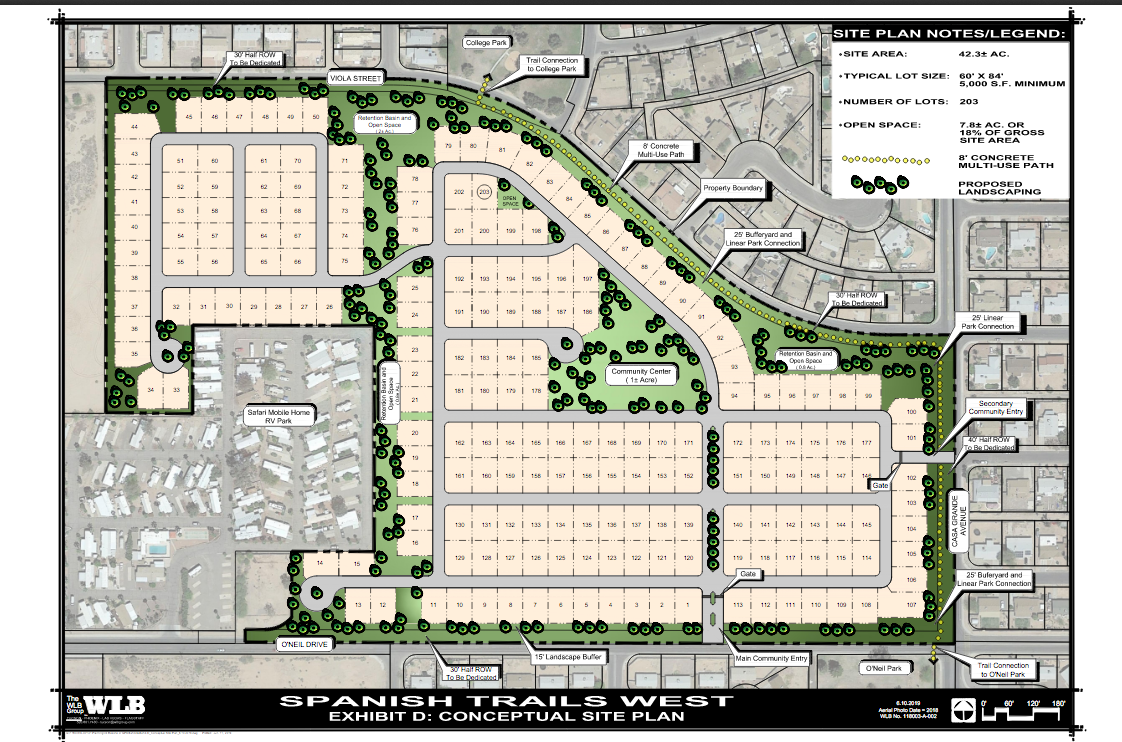 The design plan for the proposed Spanish Trails West community. 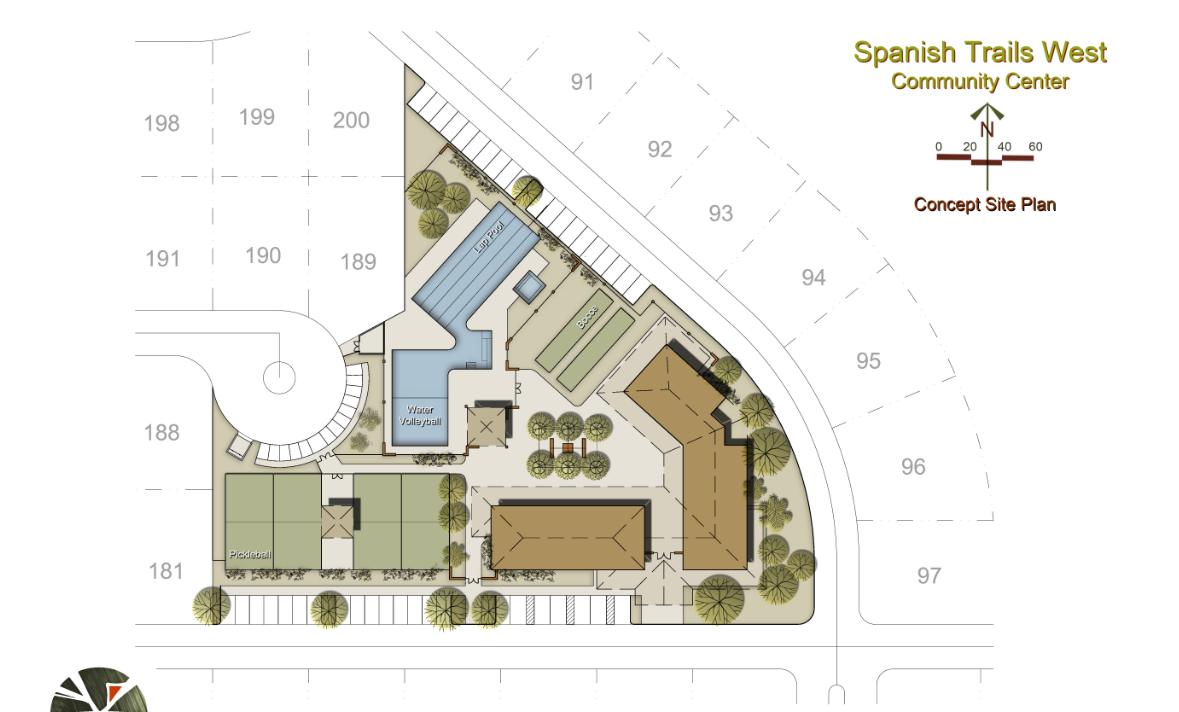 The design plan for the proposed Spanish Trails West community.

The council voted 5 to 1 to approve rezoning the nearly 43-acre property from single-family residential to planned area development. Councilman Dick Powell was the only member to oppose the zoning change. Councilwoman Mary Kortsen did not attend the meeting.

“I believe we should adhere to our zoning codes,” Powell said. “We have rules and we have guides and in my mind we’re supposed to abide by them.”

The change allows the developer, WLB Group, to build up to 195 manufactured homes in Spanish Trails West, an age-restricted community, on the property. It also allows the developer to build on smaller lot sizes, 5,000 square feet instead of 6,000 square feet, and create lots with smaller setbacks between the houses, 5 feet rather than 10 feet. Residents would also have the choice of three rather than five home model choices. Homes in the development are expected to sell for between $125,000 and $250,000.

Councilman Bob Huddleston agreed that the council should abide by the city zoning code, but said the development is unique. He thought that smaller lots might be more beneficial to the senior residents of the new community.

Powell pointed out that the city’s R-4 zoning, which is designed for residential mobile home parks, would fit Huddleston’s vision for the park better than the Planned Area Development, PAD, zoning the council had just approved.

According to the city’s zoning code, PAD zoning is designed to encourage residential, commercial or industrial developments that provide innovative solutions to housing, shopping and employment to all residents in a property’s particular size, shape or topography.

Casa Grande Planning and Development officials believe the zoning change is a good opportunity to fill an empty parcel and use existing city infrastructure.

Huddleston agreed with Powell but said the city should be able to carve out exceptions for projects like Spanish Trails West.

In other business, the council voted unanimously to amend the city’s building height restrictions. The changes will increase the city’s building height restrictions from 35 feet to 45 feet in areas zoned light industry and from 55 feet to 60 feet in areas zoned general industry. Developers in general industry zoning will have the option to build to 75 feet but must meet additional requirements. Those requirements include increased setbacks from other buildings, more street frontage landscaping and the building must be designed and decorated to fit in with the rest of the neighborhood.

According to City Planner Joseph Horn’s report to the council, building heights were limited in the past because the city’s Fire Department didn’t have the equipment to protect buildings over a certain height. The city now has fire equipment that can easily reach up to 100 feet in height and fire codes that require all buildings over 5,000 square feet to have sprinkler and fire alarm systems.

City planners hope that the changes will attract new industry to the area.

CASA GRANDE — With a preliminary OK from the Casa Grande City Council, plans will move forwa…

CASA GRANDE — The Police Department will be getting 10 new cameras for its patrol vehicles, but City Council members left the door open on the…