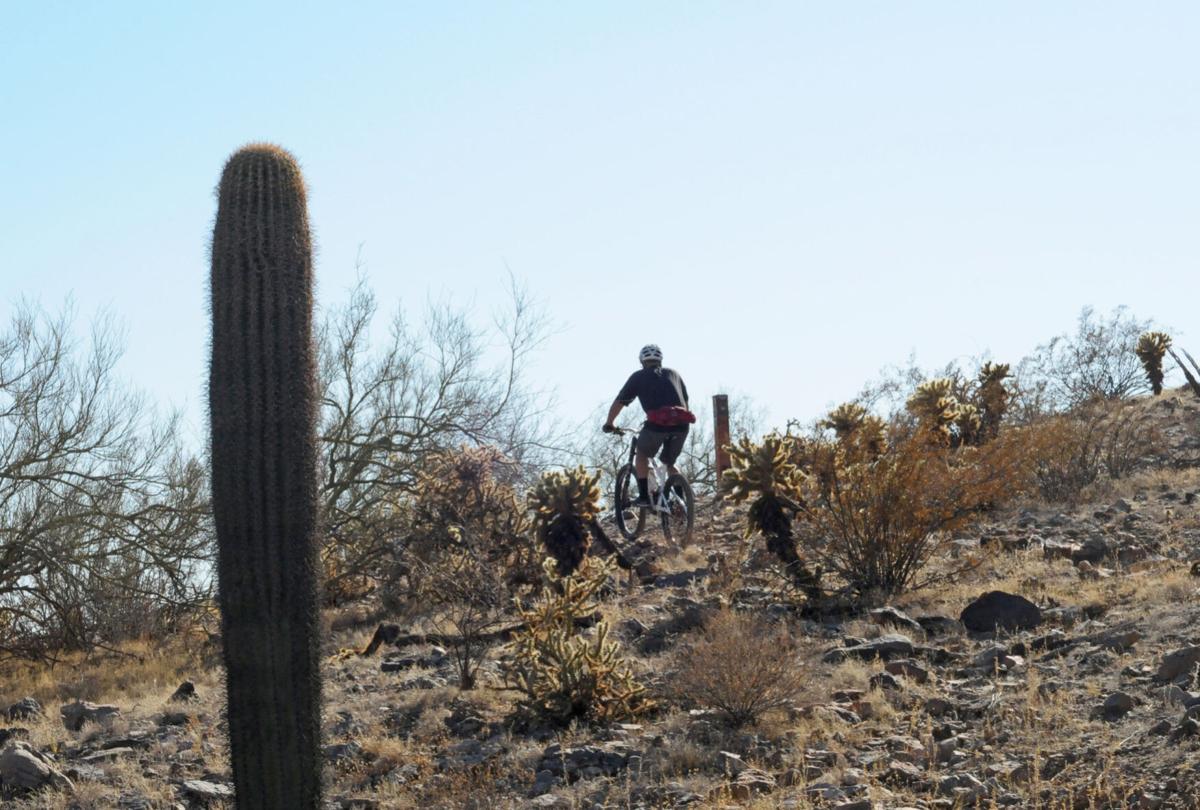 A mountain biker pedals along a trail on Casa Grande Mountain. 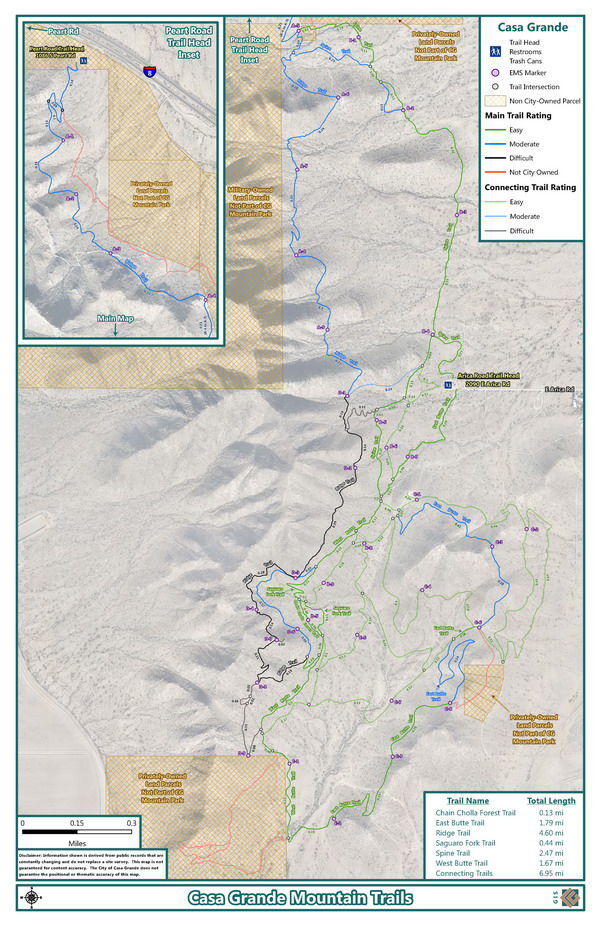 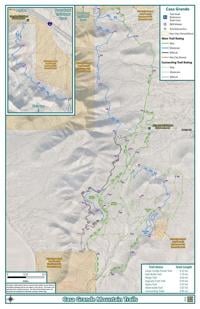 A mountain biker pedals along a trail on Casa Grande Mountain.

CASA GRANDE — The city can expect to see an added 10 acres in its trail system around Casa Grande Mountain while keeping alive the dream of a residential development in the area and possibly an amusement park.

In 1988, the city entered into a purchase agreement with the partnership whereby it could acquire approximately 378 acres from the city on the northeast side of Casa Grande Mountain.

However, the request approved Monday is for an extension of an additional 12 months for the purchase of the remaining 304 acres under option. The partnership remains optimistic that one of the current interested buyers/developers will enter into a purchase and sales agreement and close escrow prior to June 30, 2022.

According to the agenda, George Chasse and the partnership have been very dedicated to accomplishing the vision.

“Mr. Chasse has been working diligently over the years to essentially create a vision as an entry point to the city of Casa Grande,” City Manager Larry Rains said. “Ultimately, he has worked very diligently in bringing the Dreamport Villages project to the community, which the mayor and council approved a couple of years ago.”

A developer told KNXV-TV Channel 15 that it is still moving forward with the Dreamport Villages project after running into delays during the pandemic.

Dreamport Villages was originally proposed in 2017 and was described as a “Disneyland style” amusement park near Casa Grande Mountain.

According to the agenda, this amendment will provide the partnership with flexibility and additional time to focus its resources on achieving the vision prior to closing on the remaining city parcels.

During the meeting, the council authorized the city manager to execute an intergovernmental agreement between Pinal County and the city on a contract with Cactus Transport Inc. for pavement preservation on Maricopa-Casa Grande Highway. This includes design and construction of Val Vista Boulevard intersection improvements.

“I drove that stretch of road — I have for a long time and it really needs it,” Councilman Matt Herman said. “I’m really glad to see the safety measures being taken at Val Vista because that’s a really bad intersection.”

During the meeting, the council approved {span}zoning text amendments regarding marijuana. Previously, the Planning and Zoning Commission voted to approve them.

According to the presentation, some of the text amendments include changing “medical marijuana” to “marijuana uses” to include both medical and adult use marijuana, which was approved by voters last year.

Copper Mountain Ranch, a community in the making for decades, may have movement soon

CASA GRANDE — Copper Mountain Ranch, a major development that has been discussed for decades…

CASA GRANDE — The Planning and Zoning Commission unanimously approved, with a few questions,…

Coates: Fear of what Dreamport Villages will do to CG Mountain trails

CASA GRANDE — Dick Myers stood near a poster board. He was in the Arica Road parking lot of …

CASA GRANDE — After hearing some traffic and safety concerns, the mayor and City Council adopted a zone change for approximately 16 acres at t…