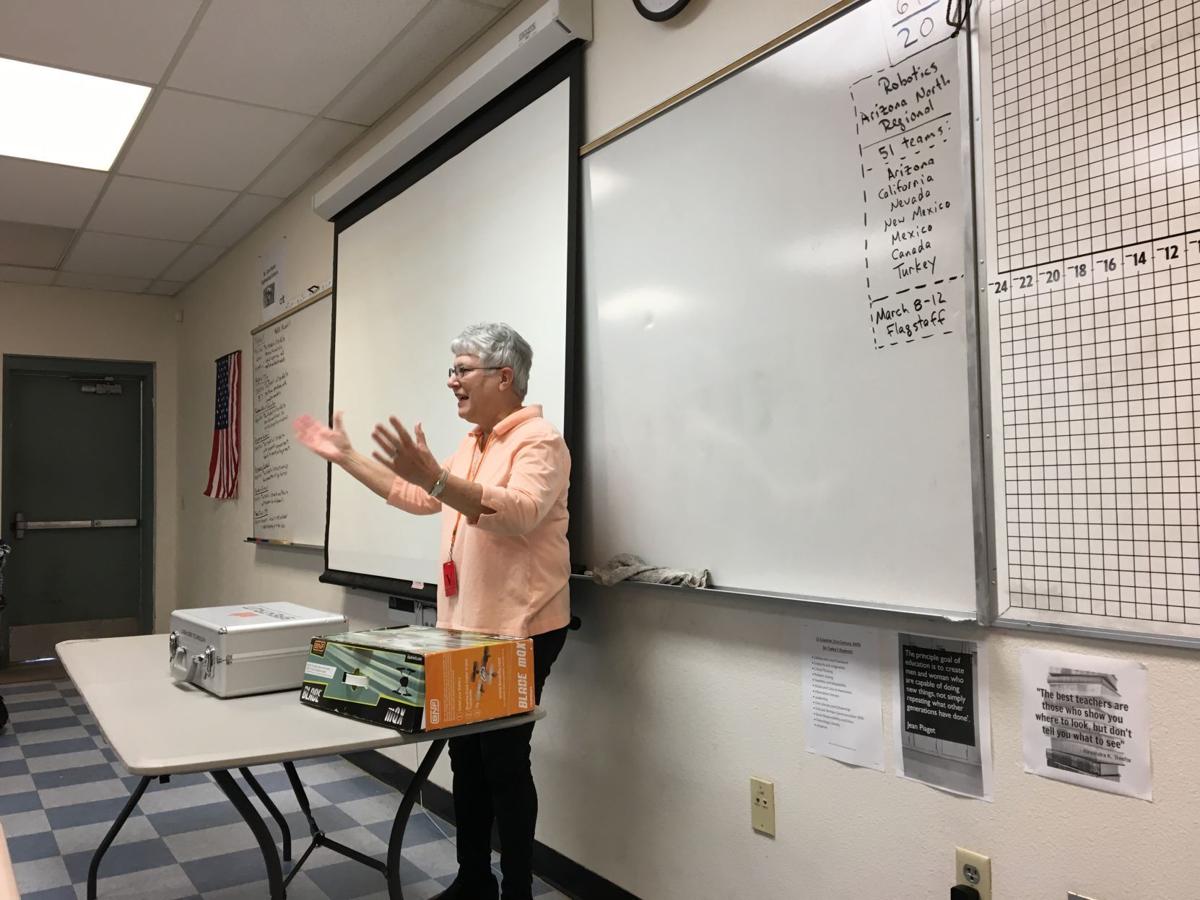 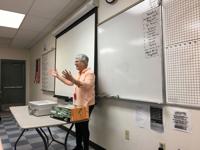 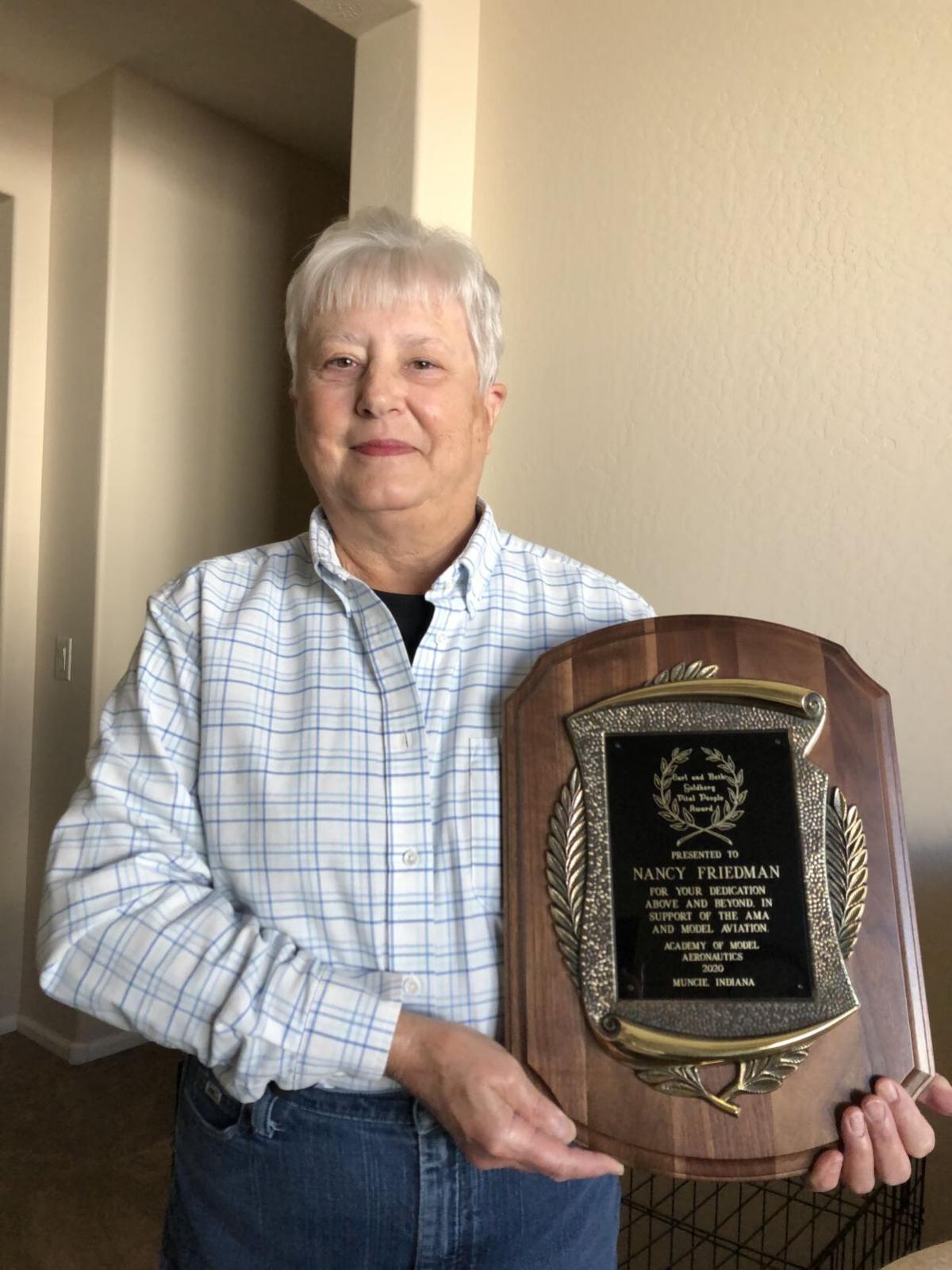 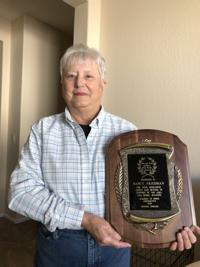 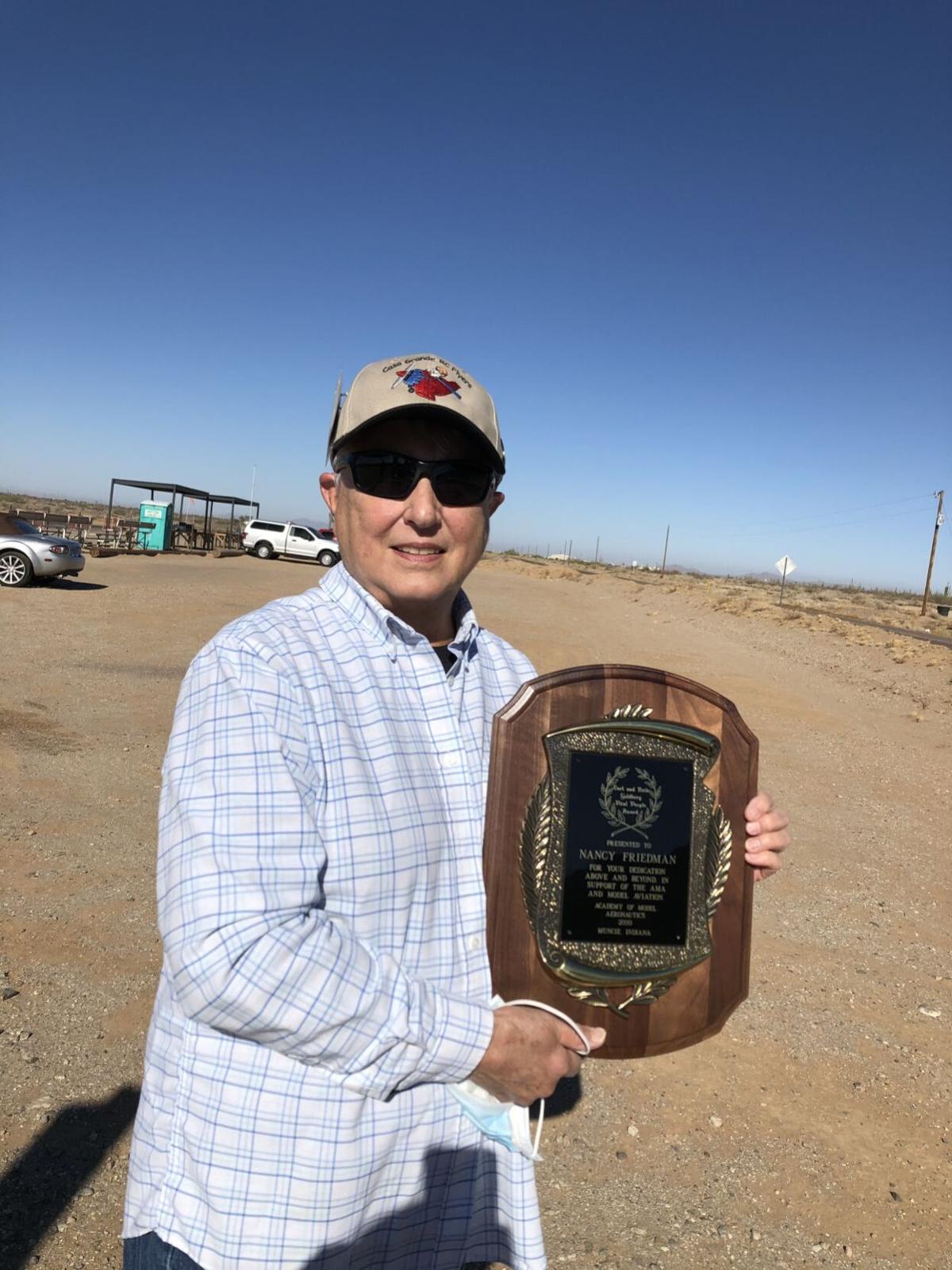 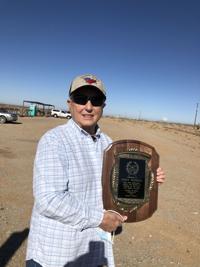 CASA GRANDE — Nancy Friedman has received the Carl Goldberg Vital People Award from the Academy of Model Aeronautics, recognizing her work on behalf of the Casa Grande RC Flyers, an Arizona nonprofit corporation. This is the first time in AMA history that the honor has been presented to an individual woman.

According to the AMA website, the award “honors members who go above and beyond to support model aviation, their clubs and their members. They do this quietly, sometimes in the background, and often ask for little in return other than maybe the occasional ‘thank you.’ They might be club officers, newsletter editors or even members who raise their hands at club meetings and volunteer to pull things together for the club picnic, fly-in or some other event.”

Friedman serves as the club’s secretary and treasurer and organizes and runs the club’s programs at the area schools and 4-H clubs to promote the hobby of model aviation.

In 1983, Carl and Beth Goldberg asked the Academy of Model Aeronautics to help create an award to recognize this type of individual.

In a letter to the Academy of Model Aeronautic, Friedman’s husband, Alan, listed her accomplishments.

“The Casa Grande RC Flyers has received both the Award of Excellence and became a Gold Level Leader club as well as being named Club of the Month. I feel it is mostly because of my wife, Nancy, that we received these honors. She has worked tirelessly on our club’s educational aviation programs for the area schools and 4-H clubs. She has held many classes and participated in many school programs to encourage young people to become interested in model aviation. She has served as the club’s secretary and treasurer and even helps maintain the airfield while our seasonal members are away. She joined the club almost four years ago to fill our need for a secretary and treasurer, learned to fly and encouraged many to enter the hobby. Her hard work and positive attitude have been an asset the of Casa Grande RC Flyers and helped the club to grow and do wonderful things for our community,” he wrote.

More information about the club and all it does can be found on the website: www.CasaGrandeRCFlyers.com.