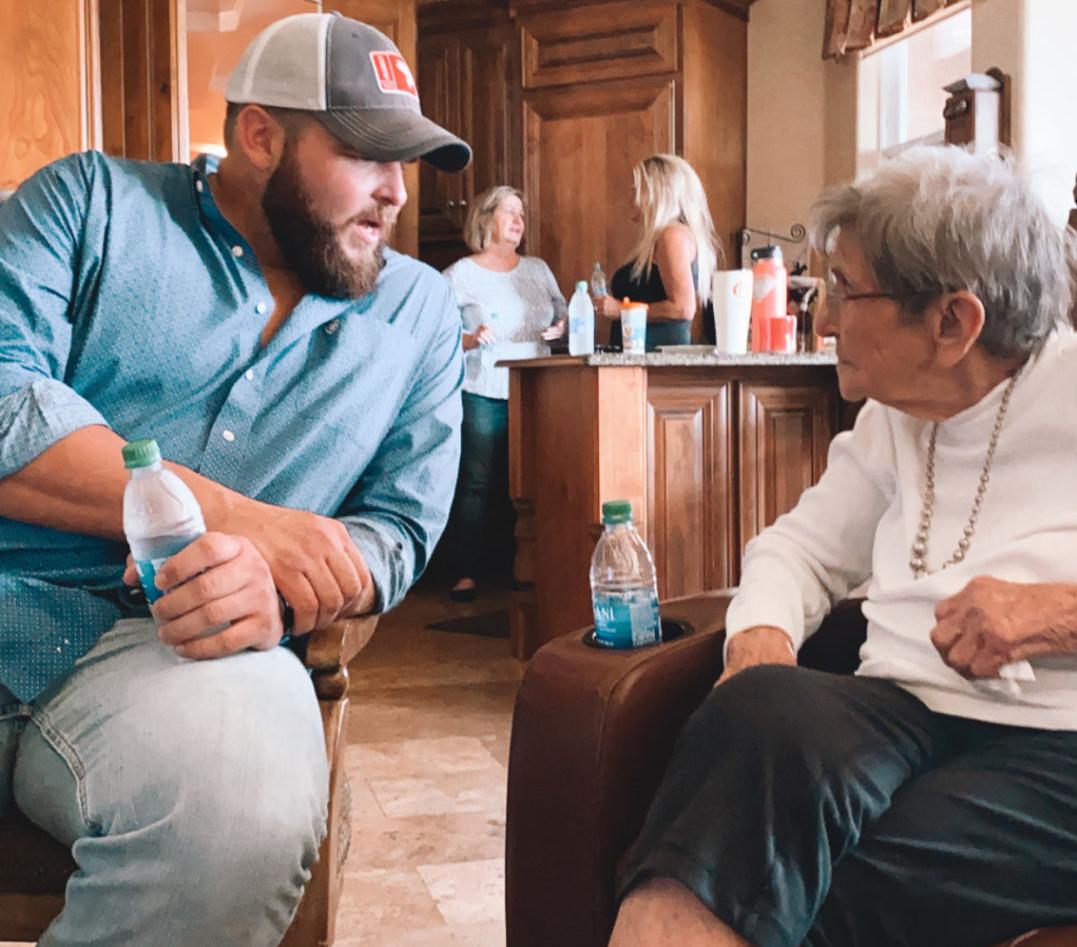 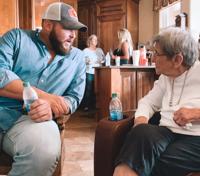 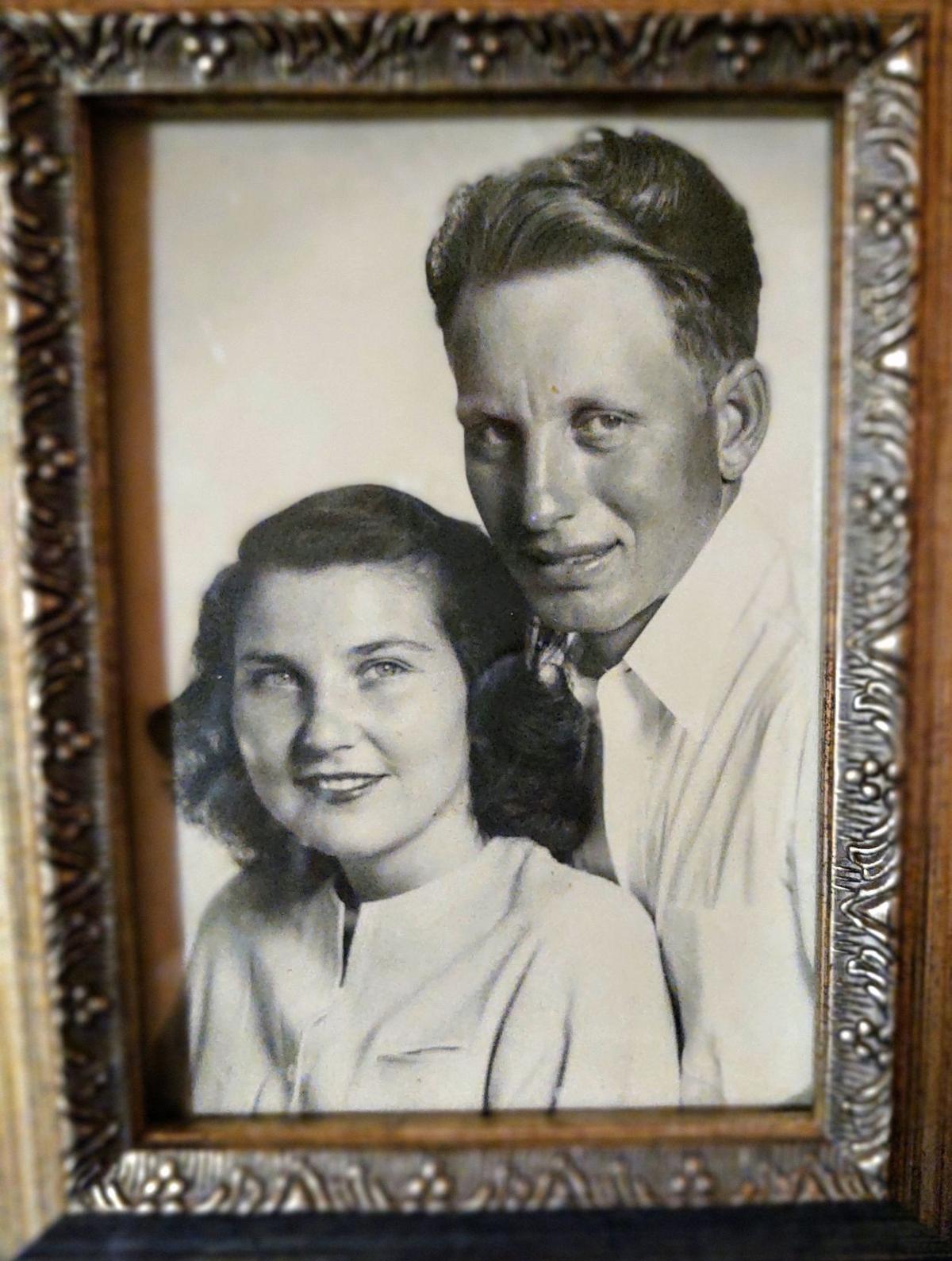 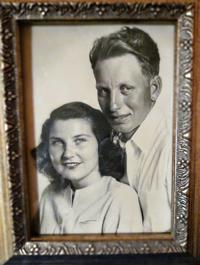 Nadine and Melvin Hackler were married in 1946 and enjoyed dancing. 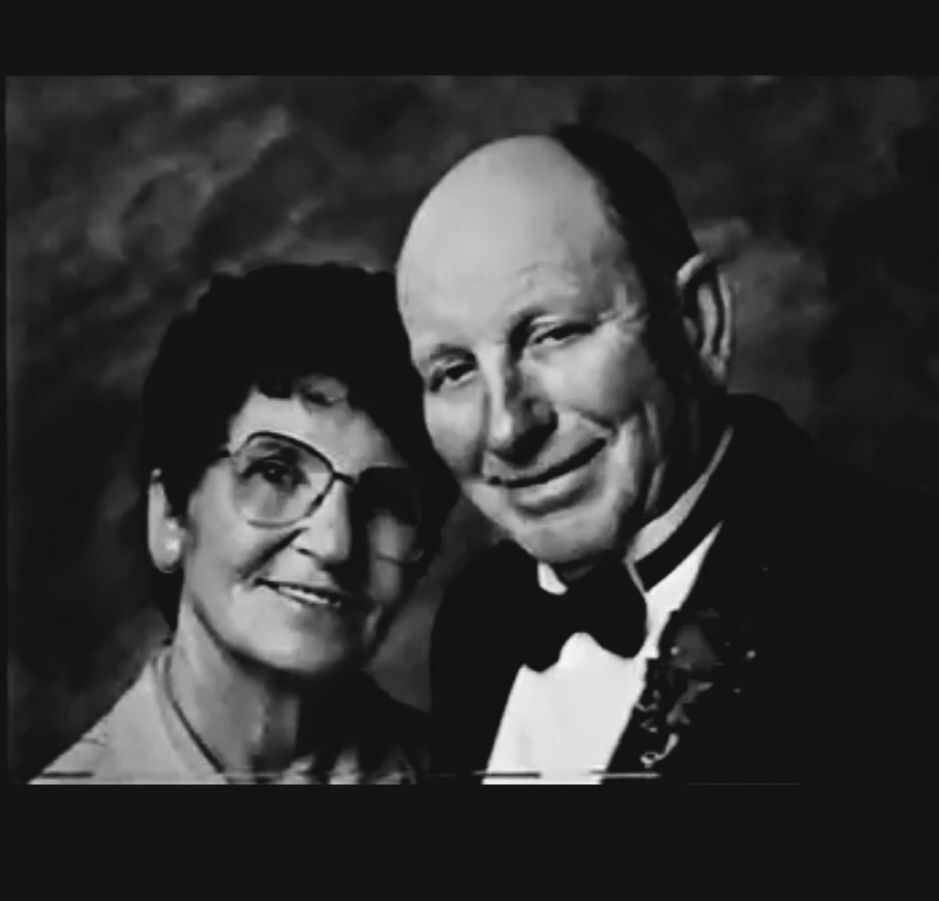 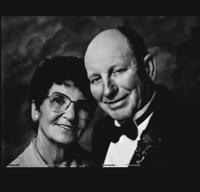 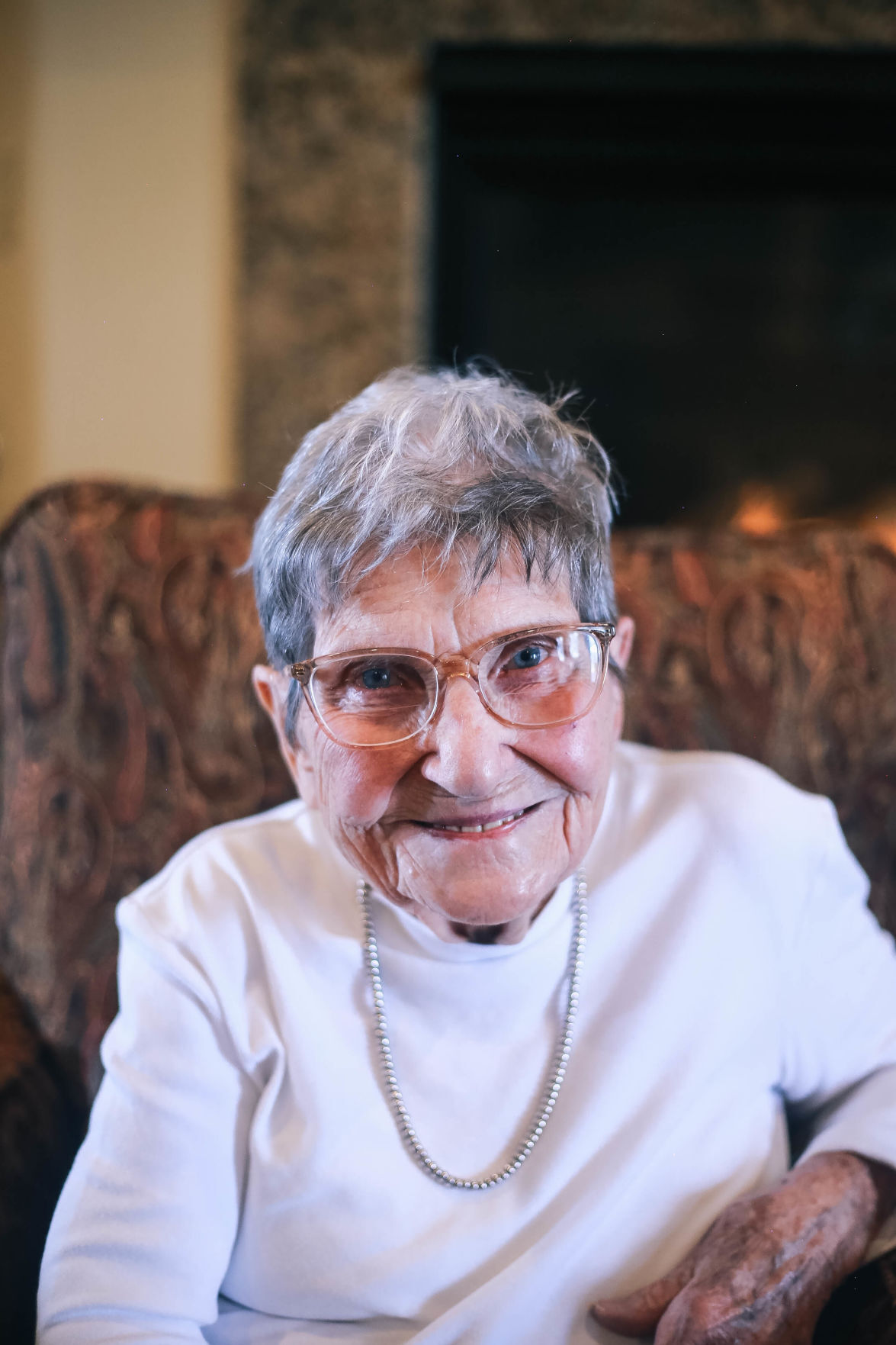 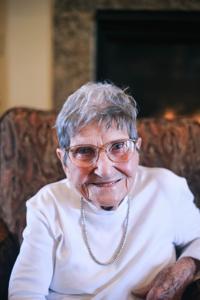 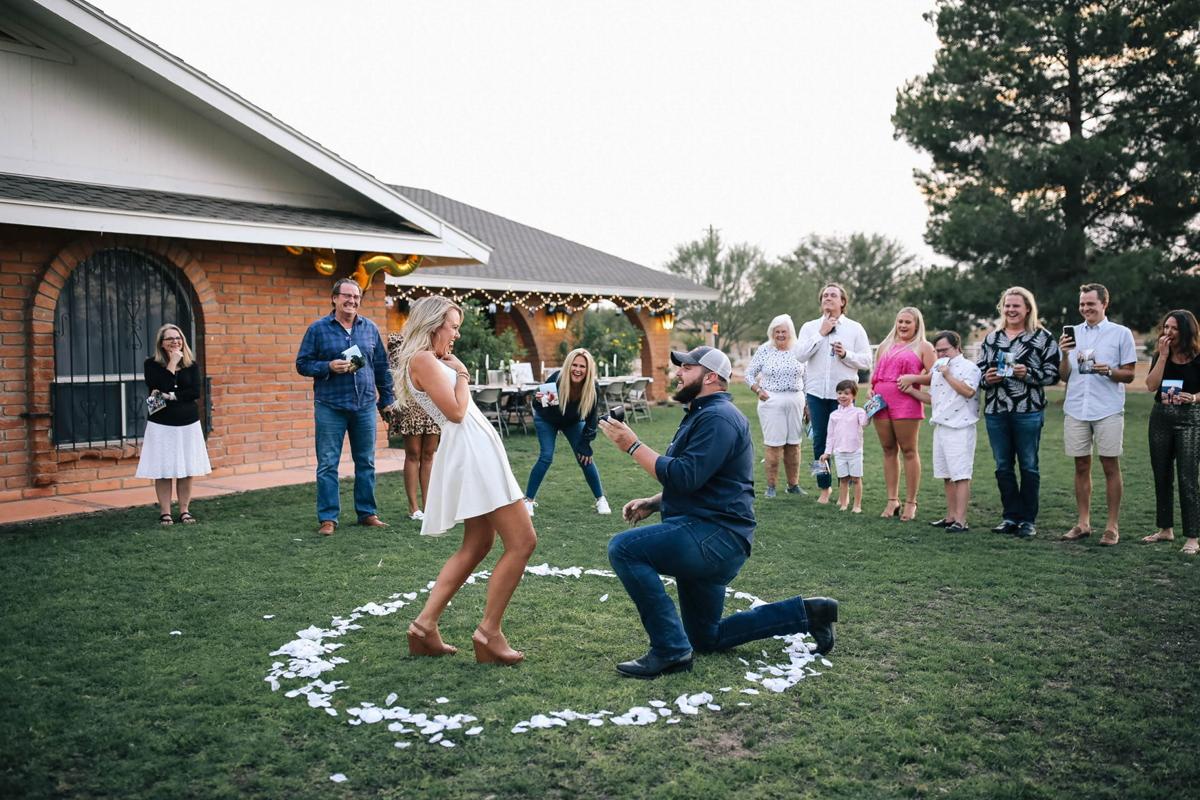 Jake Hoot and Brittney Hoyt of Casa Grande are engaged. 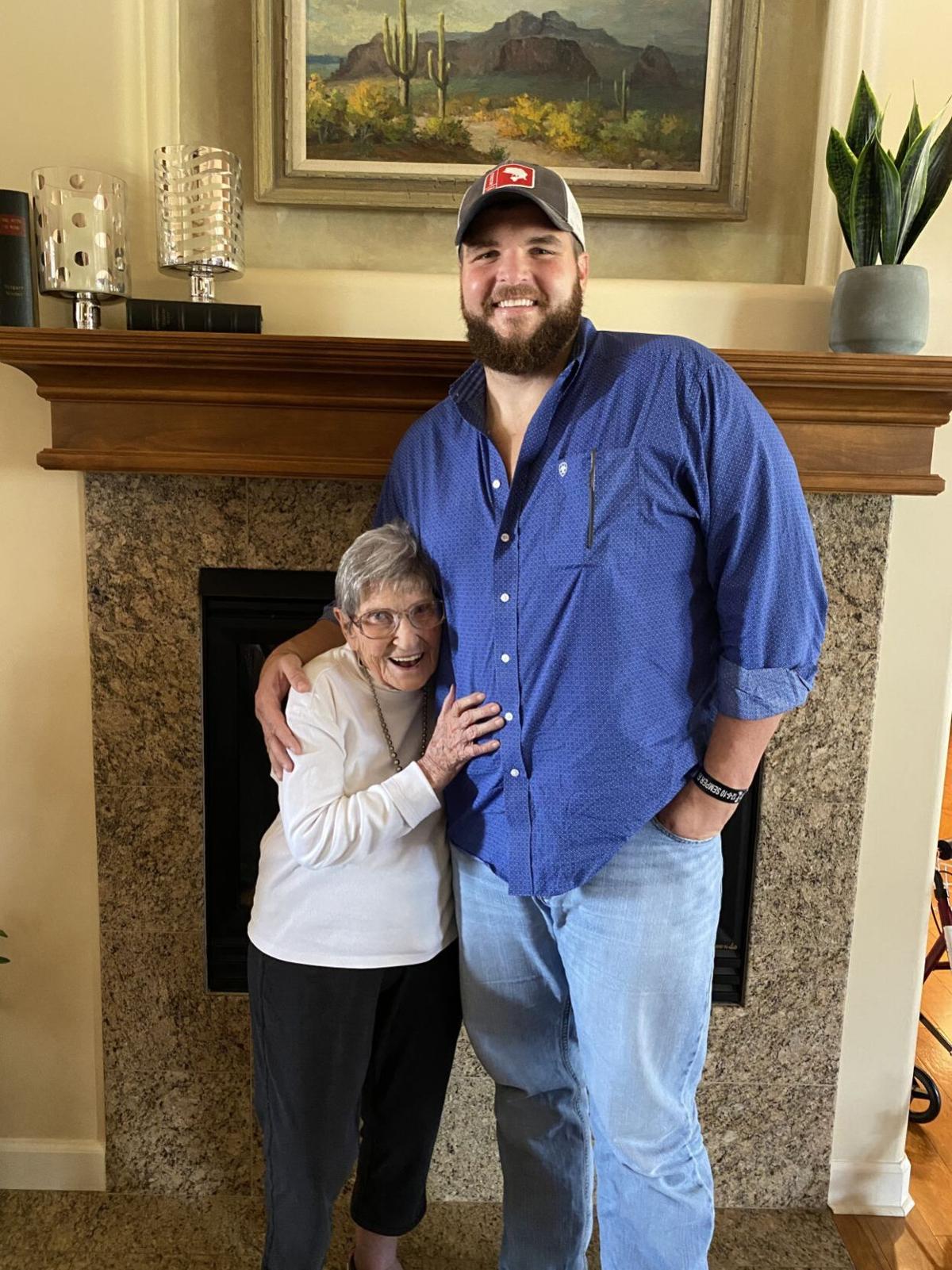 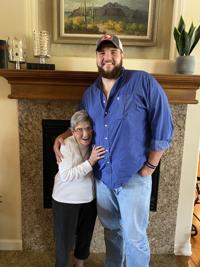 Jake Hoot, who is about 6-foot-6, met Nadine Hackler when he visited Casa Grande recently. 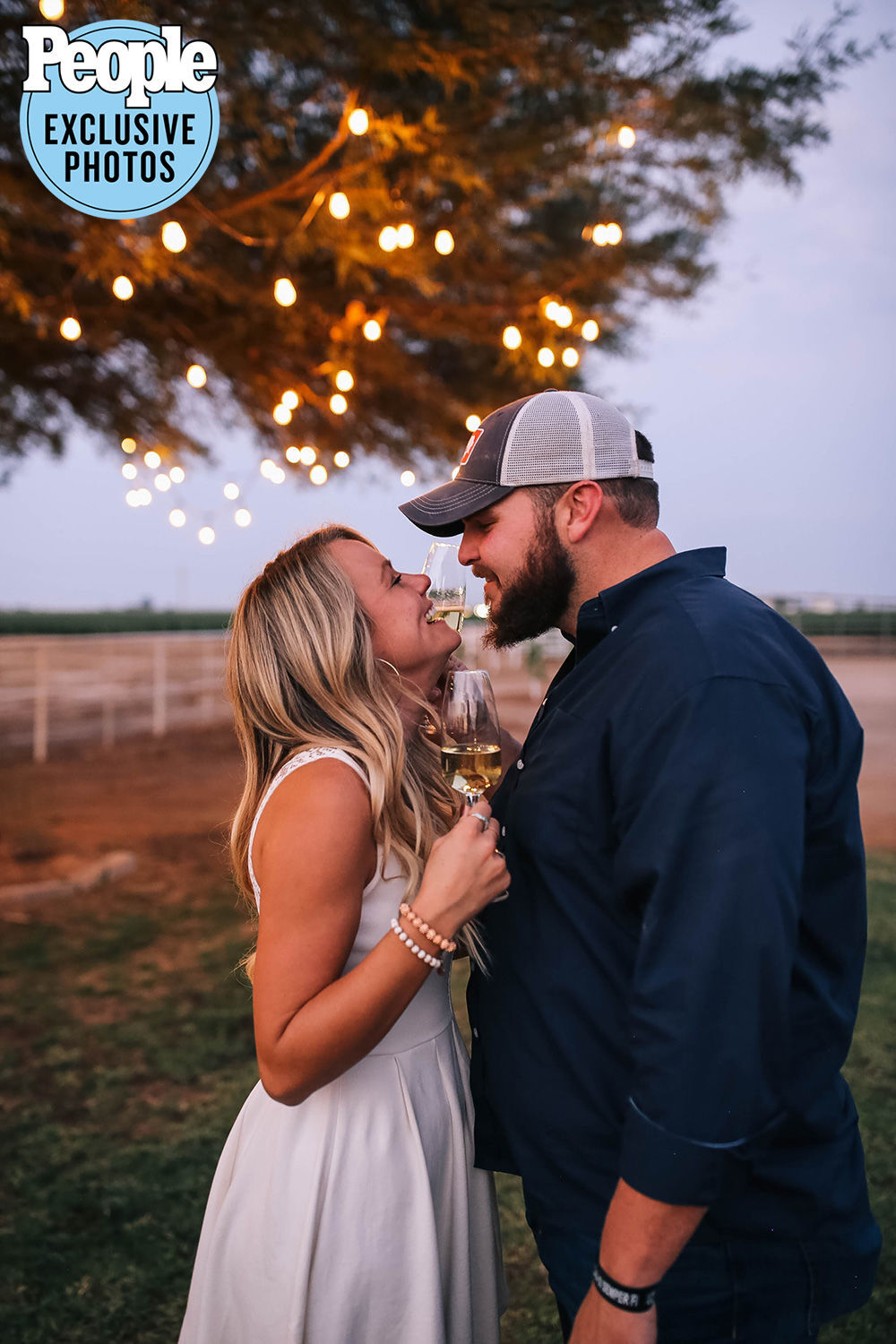 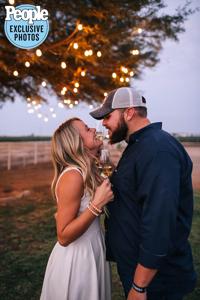 An article about Jake Hoot and Brittney Hoyt's engagement ran in "People" magazine. 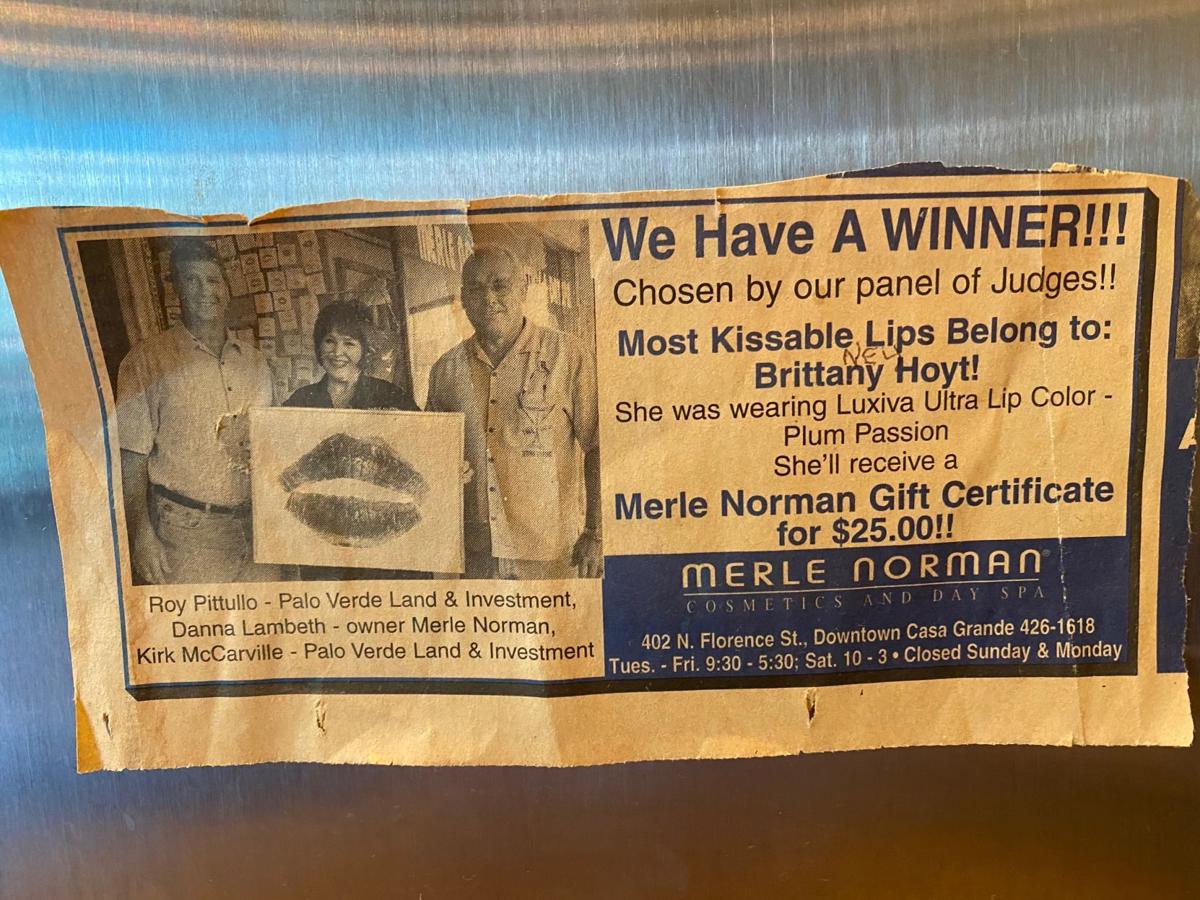 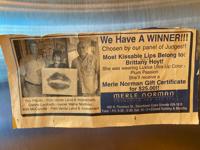 Jake Hoot said on his first visit to Casa Grande to meet fiancée Brittney Hoyt's family he was pleased to learn that she had once been voted the winner of a "most kissable lips" ad campaign.

Nadine and Melvin Hackler were married in 1946 and enjoyed dancing.

Jake Hoot and Brittney Hoyt of Casa Grande are engaged.

Jake Hoot, who is about 6-foot-6, met Nadine Hackler when he visited Casa Grande recently.

An article about Jake Hoot and Brittney Hoyt's engagement ran in "People" magazine.

Jake Hoot said on his first visit to Casa Grande to meet fiancée Brittney Hoyt's family he was pleased to learn that she had once been voted the winner of a "most kissable lips" ad campaign.

A Casa Grande woman says she feels humbled and honored to be the subject of a newly released song and music video.

Throughout their 70-year marriage, Nadine Hackler, 94, and her husband, Melvin “Hack” (who died in 2017), loved to dance. Often, in the mornings, they’d spin across the kitchen floor while Nadine sang her favorite hymns. Sometimes, they’d be spotted dancing in the aisles of the grocery store.

Their love for each other and their love of dancing together inspired singer, songwriter and Season 17 “The Voice” winner Jake Hoot to write the song “Nadine,” which is set to be released Friday.

A music video of the song has already been released and features a young couple dancing. Pictures of the Hacklers are interspersed throughout the video and Nadine appears at the end, giving a few words of wisdom about life and love.

“The song says it all,” Hackler said. “(Jake) listened to my story and got it right. I feel very humbled by it. Jake said it in the song just the way it was.”

The story of Hoot and Hoyt’s engagement was the subject of a recent “People” magazine article. They first met seven years ago as wedding singers and then again doing church mission work in Nicaragua.

Hoot met Hackler on his first visit to Casa Grande when he met Hoyt’s parents. The Hoyts and Hacklers are longtime friends.

During that visit, Hackler told Hoot about her 70-year marriage to Hack and the last dance the couple shared.

“They danced together all the time,” said Hackler’s daughter, Kelly Dugan. “It was how they showed their love for each other. He was sick and bedridden before he died, but one morning, even though he was weak, he got out of bed and danced with my mom one last time.”

With the song “Nadine,” Hoot aimed to capture the moment of that final dance.

“I like to write about real life experiences,” Hoot said. “When I visited with Nadine and the Dugan family, I brought my guitar. We sang and talked in their living room and I felt so blessed to know them.”

After the initial meeting, while sightseeing in Arizona, Hoot said he decided to write a song about the couple’s last dance.

“I’m an Eagles fan and soon after I met with Nadine, we visited Winslow, Arizona. I was standing on a corner in Winslow, Arizona, when I had the idea to write a song about Nadine and Hack,” Hoot said.

When he returned home to Nashville, he began writing the song as a gift to Hackler and the Dugan family.

“Brittney and Jake would call from time to time to ask questions, but we didn’t know Jake was writing a song,” Dugan said. “We just thought they were interested in the story and wanted to know more.”

On a return trip to Casa Grande, he met again with Hackler and Dugan family members and performed the song for them.

A family member recorded the meeting and posted it on Facebook.

“When I wrote the song, it was really just for Nadine, but a family member had recorded me singing it to Nadine and that video went viral. After that, I decided to record the song,” Hoot said.

The video for Hoot’s song “Nadine” was released this week. The MP3 music download of the song is available Friday on Amazon, iTunes, Spotify and other music sellers.

Hoot said he wanted to inspire music lovers with a true and timeless love story.

“So many people have reached out to me, saying they were touched by the song,” Hoot said.

Hackler said she thinks her late husband would enjoy the song and video.

The couple married in 1946, about two years after Nadine graduated from high school. They had been friends since middle school but when Nadine was in high school, she moved to Arkansas with her family for a few years.

Soon after moving back to Casa Grande, she was walking home from church one Sunday morning when she spotted Hack buying gas at a station that once stood near Florence and Main streets.

Soon after, the couple was dating. A few months later, they made the decision to marry.

“He said to me, ‘Hon, do you think you would tire of me?” Hackler said.

Once they decided to marry, they didn’t want to wait.

“It was a Friday night,” Dugan said. “They went to the preacher’s house but he was at a football game. They had to wait for him to come home. But they were married that night.”

Dugan said the song “Nadine” captures many of the aspects of the couple’s long marriage.

“From the proposal to the one-room shack and the dancing every morning, Jake truly told the story of their love in the song,” Dugan said.

Hackler said her marriage had plenty of “mountain tops and valleys.”

“It was a good marriage,” she said. “Later in life, we’d be sitting in our chairs and we’d look at each other from time to time and say ‘it’s been a good trip, hasn’t it, Hon?’”

When she sees Hoot and Hoyt together, she said the couple reminds her of herself and her husband in their younger days.

“I told them that I can see the same kind of love between them that we had,” she said.