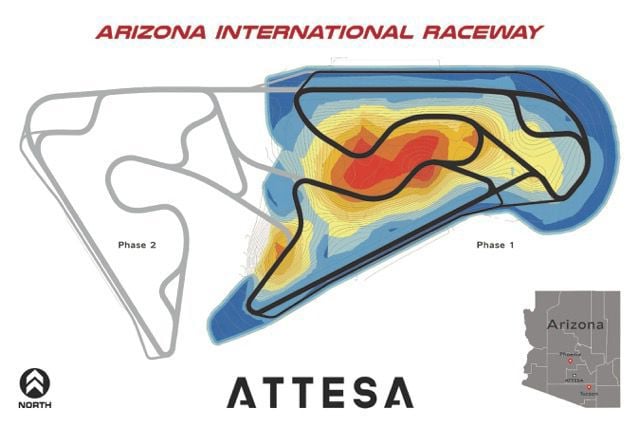 A map of the track layout for Attesa’s Arizona International Raceway. 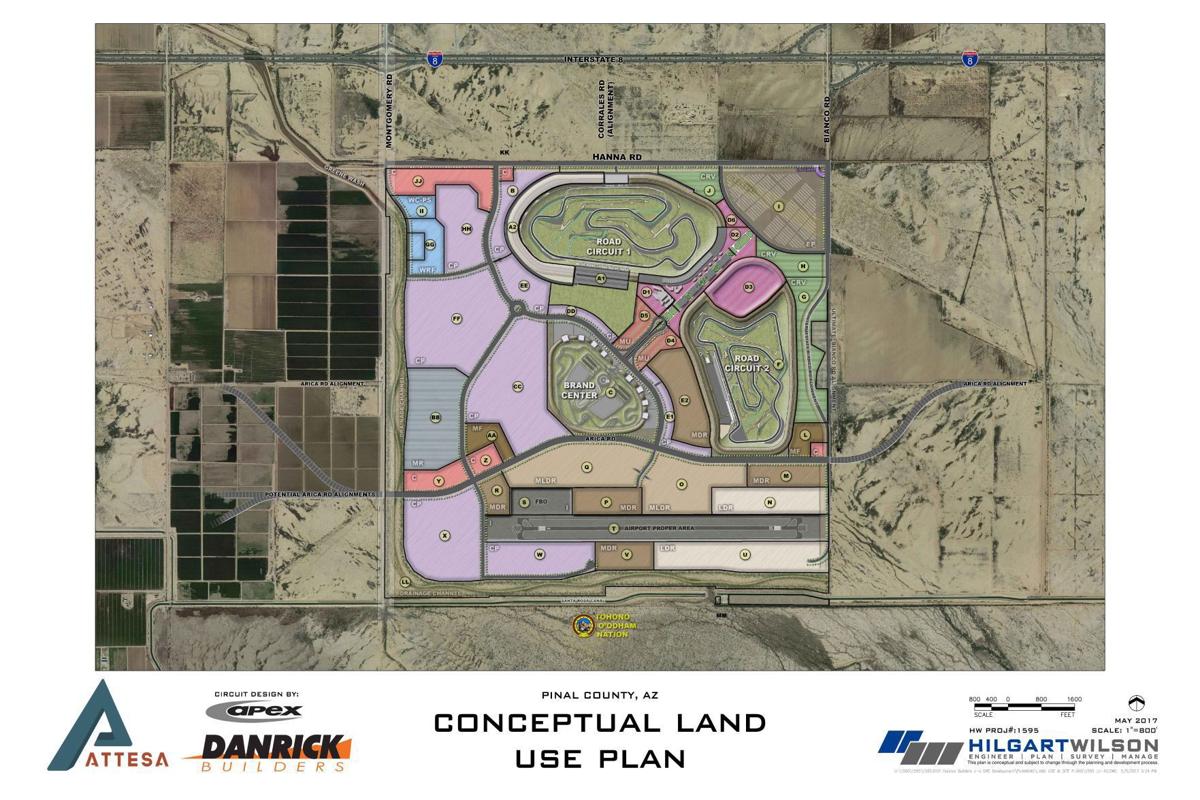 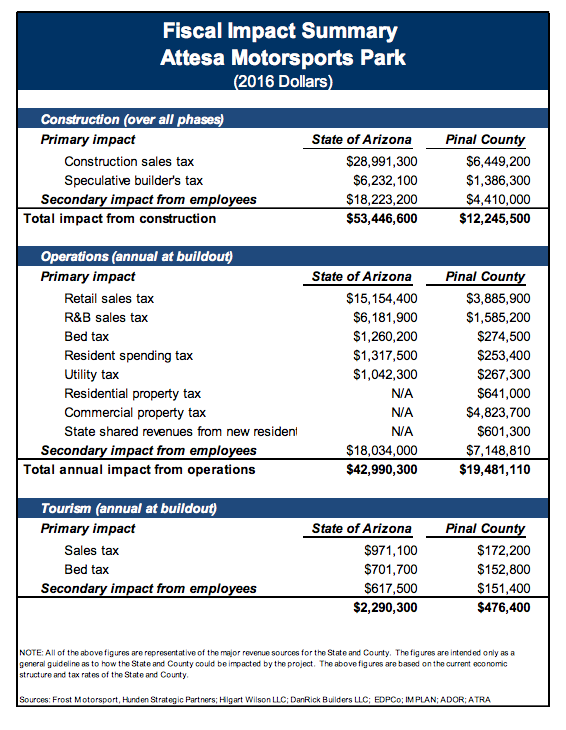 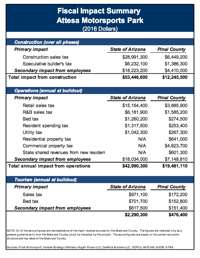 This chart shows the potential impact the Attesa motor sports project will have on Pinal County. 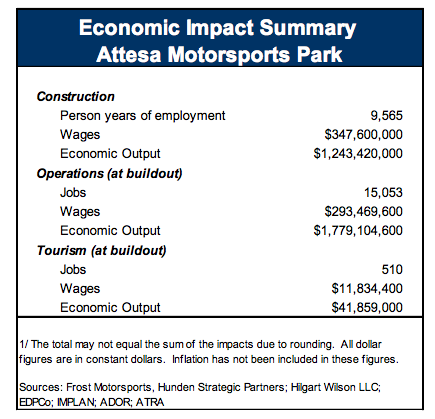 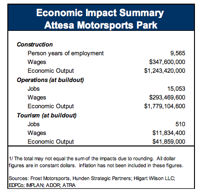 This economic impact study done by Elliott D. Pollack & Company shows the potential impact of jobs during several phases of the Attesa project.

A map of the track layout for Attesa’s Arizona International Raceway.

This chart shows the potential impact the Attesa motor sports project will have on Pinal County.

This economic impact study done by Elliott D. Pollack & Company shows the potential impact of jobs during several phases of the Attesa project.

“This is an important milestone for us,” Pat Johnson, president of Attesa, stated in a press release on Monday.

The private motor sports racing facility is slated to be built on 2,300 acres south of Interstate 8 between Montgomery and Bianco roads. The project is expected to create 13,300 full-time jobs, with an additional 1,722 indirect jobs and bring in $1.8 billion annually in economic impact to the county, according to Attesa. The project was first announced in 2014 and received approval for its zoning from the Pinal County Board of Supervisors in February.

Bill Tybur from Danrick Builders, the company behind Attesa, said the organization hopes to break ground on the project in the spring. But before any work on the project can begin, the county will have to approve the site plan and a series of other permits, which may take three or four months, he said.

The company is still working through the regulatory paperwork necessary to converting the agricultural water rights on the property into residential and industrial water rights, Johnson stated in the release.

“It’s less a water problem than a paperwork and regulatory agency problem,” he said. “But significant regional efforts are underway and we are confident a resolution will be found.”

The raceway project will have two construction phases — the first will include a 2.65-mile pro track with 16 turns and elevation changes, Dan Erickson, a managing partner in the business, said in the press release. The second phase of the project will expand the track to 4.25 miles, add a high-performance driving school and skid pad as well as a closed off-road track.

Erickson estimated that it will take at least six months for the company to grade the site for the raceway.

Access to the track and facilities will be based on a paid membership plan. A membership will cost $4,495 down and $295 a month. The membership will include access to 20 track days a month, the clubhouse, private garages, an RV park and more. Memberships will be initially limited to 100 people to ensure enough track time for all. The site will also include testing facilities for manufacturers, racing teams and aftermarket suppliers.

When the project is finished, the track will have three different circuits that can be used at the same time, with the ability to race in either direction, Erickson said.

“The racers demand options and different track layouts. We’re going to deliver,” he said. “And we’ll be the only other track besides (ISM, formerly known as Phoenix International) Raceway, a NASCAR oval, that is permanently zoned for racing.”

This allows the raceway to exceed sound restrictions and set its own hours of operation.

The company also plans to build a residential community surrounding the track. The community is to include a luxury hotel, a convention center, shops, a private airport, homes, townhomes and apartments.

CASA GRANDE — According to one Pinal County developer, the county’s water woes have already …

Car enthusiasts see one track open, another on the way

Restaurant approved in CG for Cottonwood and Pinal