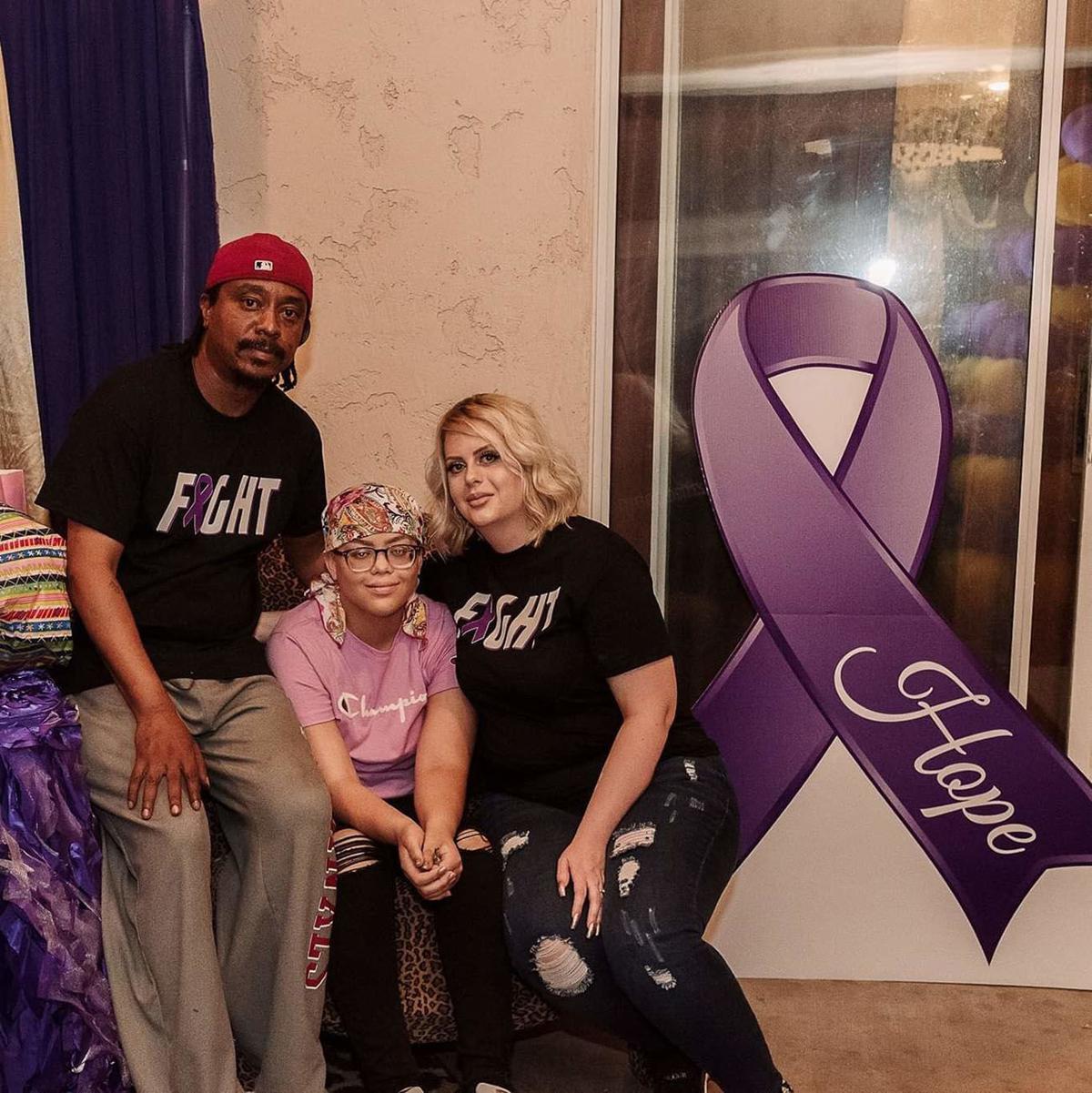 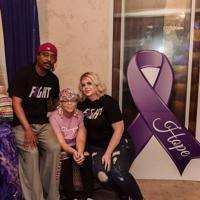 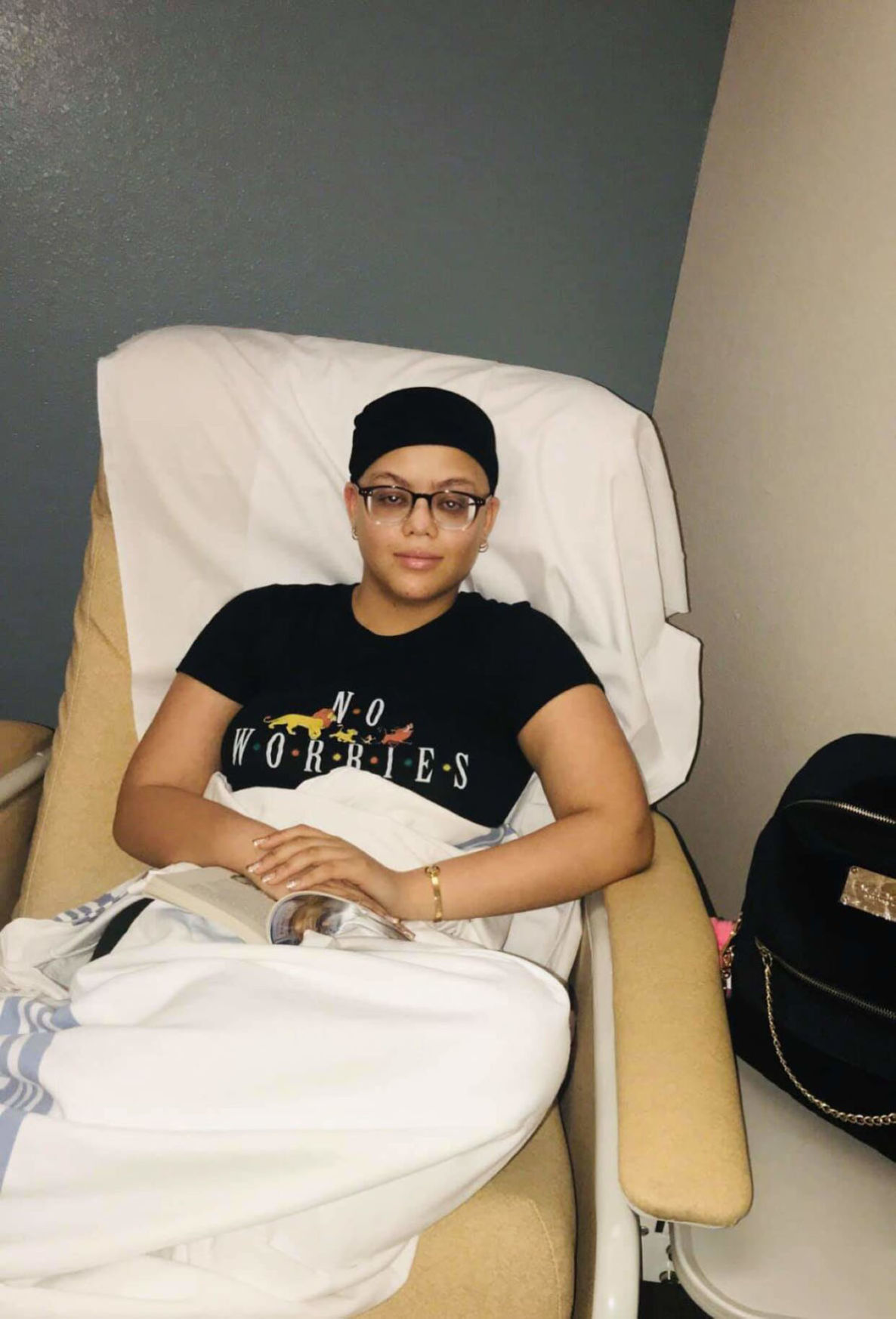 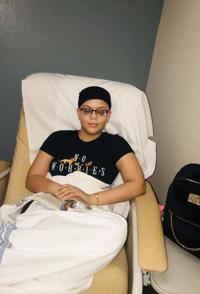 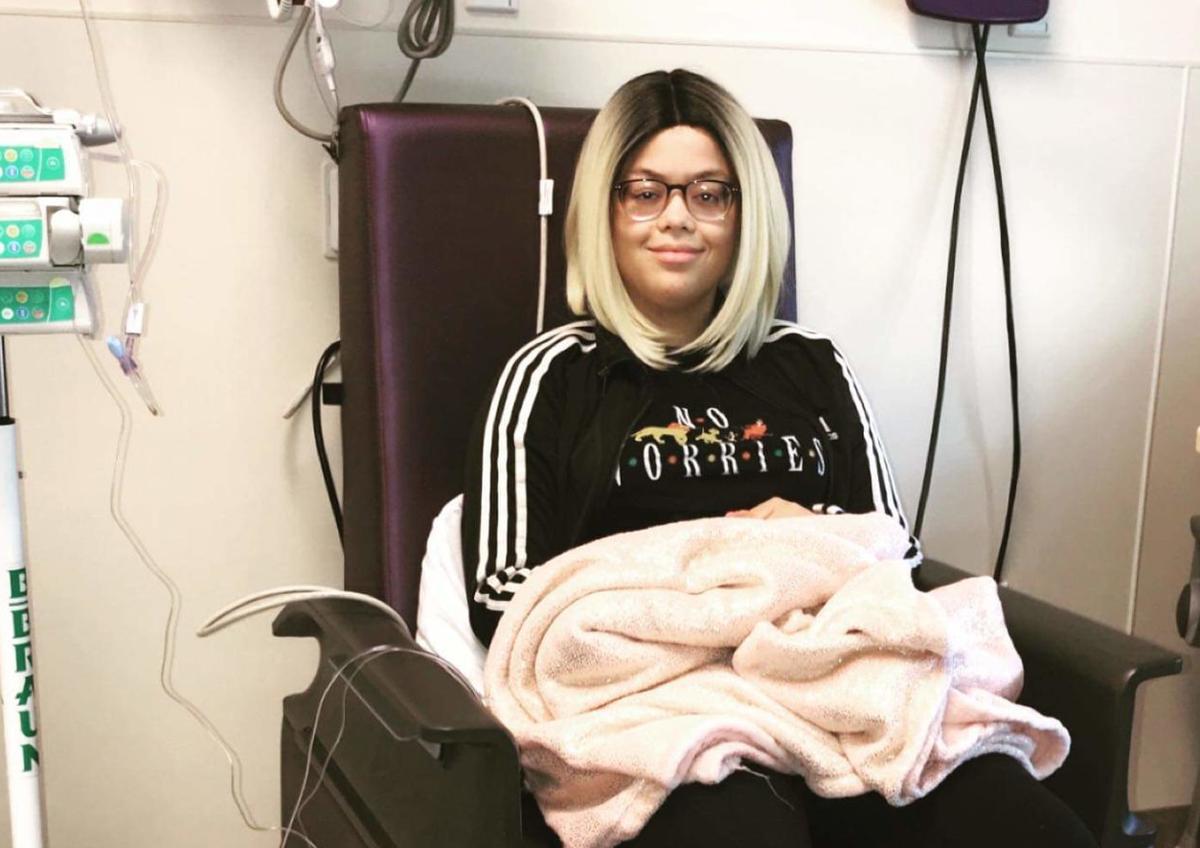 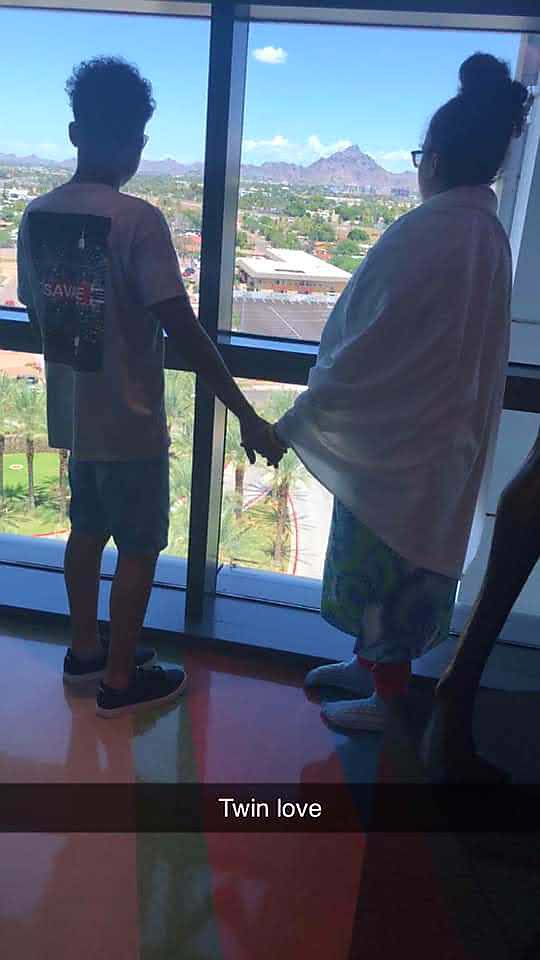 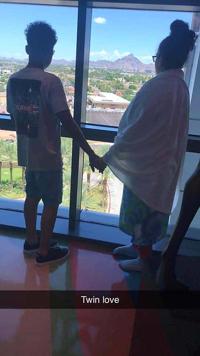 Jezmond Burns and her twin brother

Jezmond Burns and her twin brother

CASA GRANDE — Seventh grader Jezmond Burns, 13, was still settling into her first week of a new school year when, in early August, she went to the emergency room for what everyone assumed would likely be a kidney stone.

A few hours later, after four large abdominal masses were discovered, she was transferred to Phoenix Children’s Hospital with a diagnosis that would change her life.

A biopsy later confirmed the seventh grader was suffering from Stage 4 Hodgkin’s lymphoma that was impacting soft tissue in her cervical and diaphragm regions. This week, she started her fifth round of chemotherapy.

“She’s holding up as well as can be expected,” her mother, Jessica Horn-Carter, said. “She is extremely fatigued. Part of the cancer ate away and corroded part of her spine. Much of her pain stems from that alone. After this round of chemo, she will get more scans done to tell what type of progress has been made, we are obviously praying for the best but we also do know radiation is a possibility.”

As the teen battles through the disease, area friends have rallied around her, some raising money and some visiting to show support.

“She has had several friends come and literally just sit bedside to visit with her, which at the middle school age we call ‘friendship goals,’” Horn-Carter said. “She misses all of her classmates at Villago (Middle School).”

Family friend Vanessa Lopez has started a fundraiser for the teen and her family to help with expenses.

“I’m just trying to find a way to get the word out to help her mother Jessica financially through this difficult time, especially during the holiday season, not being able to work, with four children,” Lopez said.

Lopez’s 11-year-old daughter, Nevaeh, cut her hair and donated it to provide hair for a wig for Jezmond.

Jezmond has three brothers, including a twin. She and her twin brother, Jayson, were born at a gestational age of 28 weeks, weighing in at only about 2 pounds each.

“They are both miracle babies,” Horn-Carter said. “Both twins had complications and beat all odds during that difficult time. We had no idea and never expected to have to watch Jez fight this now.”

She said she and her family, including her husband, Quindy Carter, and Jezmond’s father, Jason Burns, appreciate prayers of support, words of encouragement and assistance their family and friends have offered.

“Being the only girl and the oldest of four siblings (by one minute), she has the mother-hen mentality and even in her sickness, tries her best to help out with her younger brothers, which we know is key to helping keep her mind busy,” she said.

The seventh grader is currently on a medical leave from school but keeps up with her school work.

Jezmond, whose favorite color is pink, is especially close with her grandmother.

“Her grandma has played a huge role in helping keep the positivity flowing,” Horn-Carter said.

Horn-Carter manages a radiology clinic but has taken a leave of absence to be with her daughter full-time during her battle with cancer.

As the holidays approach, she said the family is focused on staying positive and keeping the teen’s spirits high.

“She’s a fighter and we stand behind her,” Lopez said. “As she and her family anxiously await follow-up scan results at the end of this month to confirm the tumors are shrinking and responding to treatment, we want to ease the family’s mind of unexpected expenses.”

Those who wish to show support online for Jezmond may use the hashtag #JezTheChamp. Donations may be made through Venmo @jezthechamp or using the CashApp, $jezthechamp. For more information, visit Horn-Carter’s Facebook page at www.facebook.com/jessica.horn.796.