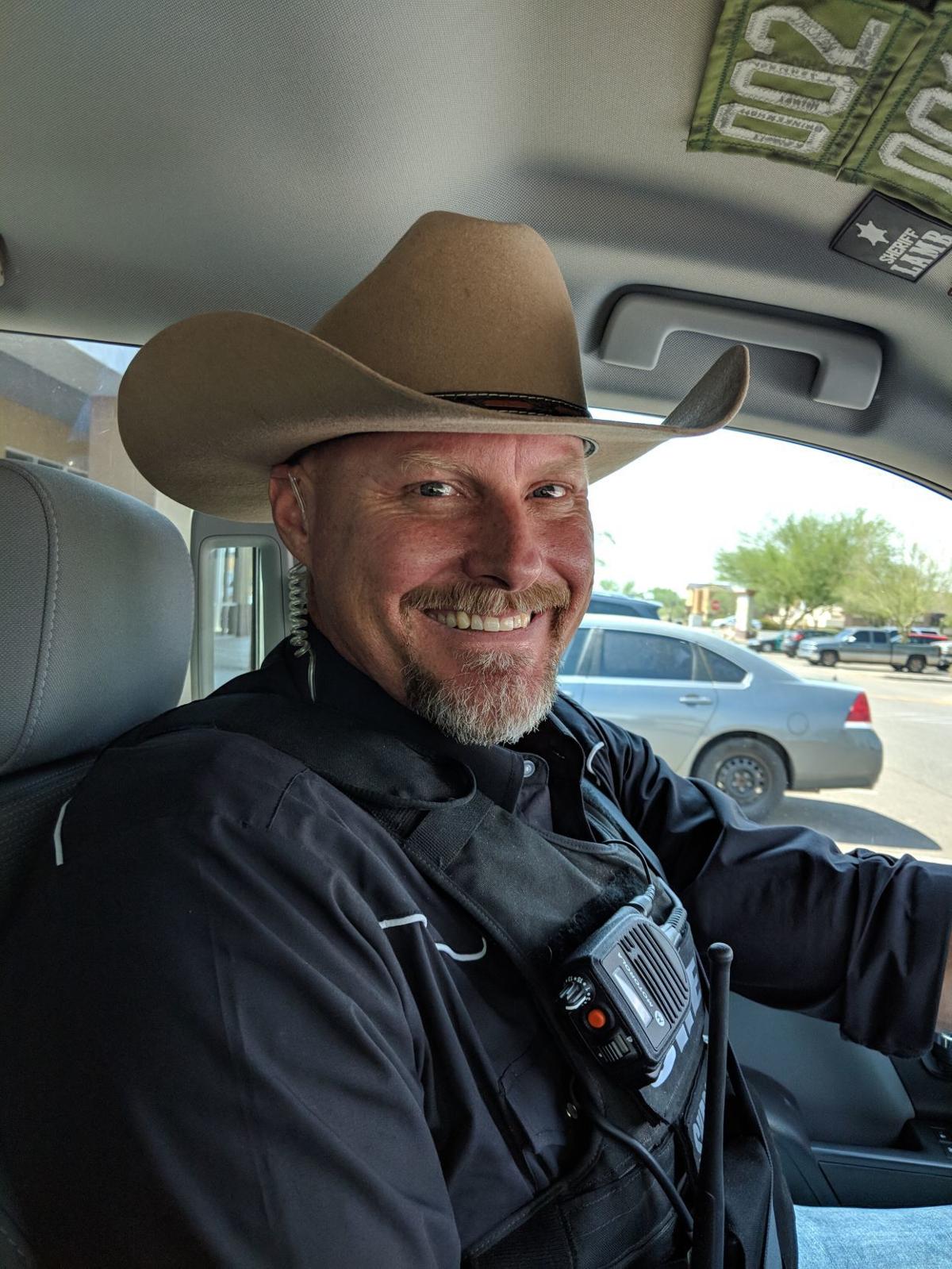 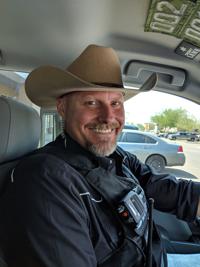 Pinal County Sheriff Mark Lamb says his clothing getup is the manifestation of the Old West sheriff in Arizona. 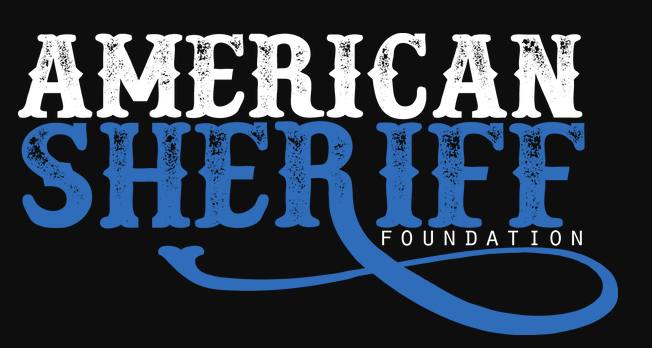 Pinal County Sheriff Mark Lamb says his clothing getup is the manifestation of the Old West sheriff in Arizona.

SAN TAN VALLEY -- He calls himself the American Sheriff.

Lamb’s style of leading certainly is different than that of his predecessors, but he said that’s by design. He can regularly be seen embodying the persona of the “American Sheriff,” complete with jeans and a cowboy hat. He says the getup is twofold: It’s the manifestation of the Old West sheriff that has a storied tradition in Arizona, and it sets him apart within the department.

“Sheriff is one of the few jobs where you can dress like this,” Lamb said, flashing the boyish smile he’s come to be known for.

Lamb said he’s worn his boots and hat before, when he had a job on a dairy — “my favorite job” — but says now his manner of dress differentiates himself from the deputies who serve with him. He can often be found on patrol in his customary attire and said when he makes routine traffic stops or shows up on scenes, people recognize him in part because of his “uniform.”

The sheriff patrols a few days a week, he said, for several hours at a time.

“As a leader, we lead from the front. I’m not doing something different than (the deputies) are asked to do,” Lamb said.

He says his style has benefited the department. “I’d like to say morale has improved. The overall work environment has improved.”

But Lamb’s been dogged with rumor and innuendo on social media, including allegations that he’s involved in extramarital activities and corruption. Tammy Marie Peacock, a woman who says she had a physical and emotional affair with Lamb, told PinalCentral she fell for Lamb, believing him to be sincere in his profession of affections.

However, Lamb disputes any affair and cast Peacock as not credible, citing her criminal history and current unemployed status.

“I’m telling you that I didn’t meet Tammy Peacock until a few months into my campaign,” Lamb said. “And I never was alone with her.”

Peacock says Lamb used her, promised her the moon and failed to deliver. She shared with PinalCentral text messages of a sexual nature she says are from Lamb.

But Lamb dismissed that innuendo as ridiculous, saying the only thing he’s guilty of is being overly friendly.

Peacock said she’s now fearful of retaliation from PCSO deputies, who she says are harassing her. In fact, she said, she’s filed three complaints against the department and various deputies in the past few months. To date, she said, she hasn’t had any resolution on her complaints.

Lamb and his wife have been married for many years and have five children. He said they met at a church dance and have been together since.

“My wife is my strength. We are strong together. I know that no matter what happens to us, it doesn’t matter because we’ll be together,” the sheriff said.

Other women have approached PinalCentral directly and indirectly with allegations against Lamb; as of press time none wanted to be on the record with their stories. A friend of Lamb’s, who spoke to PinalCentral on the condition of anonymity, said he’s never known Lamb to be in an affair but characterized him as a “flirt.” The friend said he has never met Peacock and hadn’t heard about her until she started making allegations against Lamb.

Lamb said he prays for the people seeking to disparage his character and said he hopes “they find peace.”

In addition to his personal life being dragged through the social-media mud, questions about his leadership qualities have been raised. In particular, critics say Lamb circumvented proper hiring practices when he hired then-Cmdr. Kevin Cavanaugh and when he brought in an old coworker to oversee the Pinal County Adult Detention Center.

But what others think is underhanded, Lamb sees as a positive change, noting that the jail commander, Matthew Hedrick, brings a fresh perspective to jail operations.

“I wanted to bring someone in who didn’t have that institutional knowledge, so to speak,” he said.

Hedrick currently is being investigated by Arizona Peace Officer Standards and Training Board, the agency that certifies law enforcement officers in the state. His case will have a hearing in September. AZPOST declined to disclose details of its investigation because Hedrick is contesting the case and requested to have a hearing before an administrative law judge, PinalCentral previously reported.

PinalCentral requested records relating to Cavanaugh’s hiring and background investigations through the Arizona Department of Public Safety; as of press time no records have been released.

Lamb’s detractors say he campaigned on a promise to “clean house” on deputies who supported former Sheriff Paul Babeu and were perceived to be a detriment to the office. Lamb sticks by his hiring practices and says he’s kept deputies who have shown their merit rather than dismissing Babeu holdovers.

“When I came to office, I evaluated each person and each situation,” Lamb said.

He concedes the promotions of several command officers could be points of contention, but he said he is appointing the best person to fill each position.

“I always said I wasn’t going to dig into old history and reopen old (internal) investigations,” he said.

One change he did make was to disassociate the department from the Arizona Public Safety Foundation, which had been mired in controversy for years. Created under then-Sheriff Chris Vasquez and continued by Babeu, the foundation provided an avenue for dozens of Pinal nonprofits to receive funds from seized money or the sale of seized property.

Lamb broke ties with the foundation soon after he took office, but he soon created his own nonprofit foundation, aptly named the American Sheriff Foundation.

Lamb said his foundation operates as a legitimate nonprofit organization and only accepts donations, which in turn are doled out to recipients. For example, Lamb said, the foundation was in the process of purchasing a bicycle and donating it to a man who was known to walk to work in San Tan Valley.

With quite an online following, Lamb has been able to capitalize on his personality and newfound fame, helping the foundation become successful.

In fall 2017, PCSO began filming as part of a reality television program, “Live PD,” which shows deputies in almost real-time situations during patrol. Lamb is frequently part of the show, often seen patrolling with his deputies.

“I enjoy it,” Lamb said with the endearing smile that’s earned him his social-media followers.

Lamb said the show has upped Pinal County’s profile in terms of exposure and deputy recruitment, but the partnership recently ceased. Lamb said if the producers of the show ever want to return, PCSO would receive their crews with open arms. The county jail will soon be featured in a new show, “60 Days In,” and Lamb said he might do an in-studio promotion of that show soon.

Lamb is an unabashed member of The Church of Jesus Christ of Latter-day Saints, the church he’s been in since childhood. He proudly wears his faith on his sleeve, saying it helps keep him grounded.

“The majority of us are faith-based people,” he said. “We’re not afraid to say it and live it.”

Lamb said living out his faith has had a “great” reception at PCSO.

“I’m strong in my faith and have never wavered,” he said.

Peacock, while not a member of the LDS church, said she recently met with a church official. Peacock, along with other women, have expressed concerns about Lamb’s behavior; no resolution to that meeting has been made known to PinalCentral.

For his part, Lamb remains grounded in his faith and love for his family and community.

Lamb said his faith keeps him secure and even during times of trial, he knows all things happen for a reason.

“I love being the sheriff,” he said. “I plan to run again. If I get elected, that’s great. If not, I’ll know it was part of his plan.”